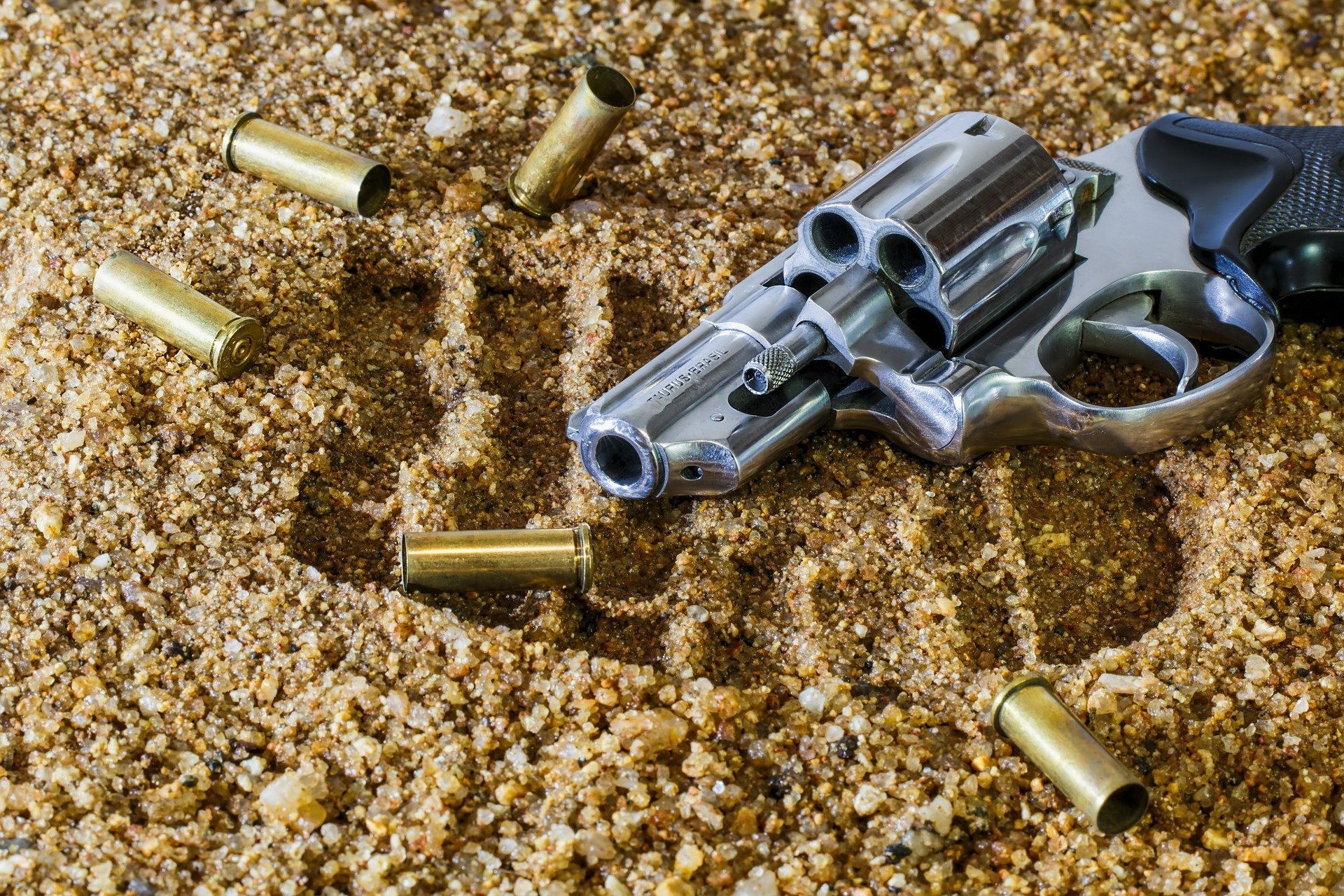 Short fiction by Alex Z. Salinas, author of Gun, With Zero Music, has appeared in Every Day Fiction, Zero Flash, 101 Words and Mystery Tribune (see Wrong Order and An Exercise In Futility). He lives in San Antonio, TX.

What else do you need to know besides that I hoard napkins and Fire sauce packets from Taco Bell? That I love frequenting the little Thai joint on the corner of Mulberry because the cute Indian waitress thinks I’m hilarious? That I was unable to finish psychology at community college because I’m super ADD (go figure)? That I’m almost 36 and still living with Mom even though she’s been dead for 10 years?

I can still hear her bragging to her chubby church friends about my marginally inspired newspaper op-eds. She’d called them “those adorable little stories.” Oh, proud Mother. RIP.

I was never cut out for the military like Dad. He’d finally realized that by the time I was 15. I swear that’s why he ended up getting a second tattoo on his other forearm—a busty mermaid. He’d put in 25 in the Army, after all. I can’t believe Mom didn’t kill him first before she went and murdered herself. Oh, Father, who art on Earth, unhallowed be thy name, thy grossly inked skin. Please stop texting me. Amen.

Who I have been conversing with lately via text message is a woman, I think, named Fiona, who for fun plays bass in a punk rock band called Benito because apparently she’s the great-granddaughter of Mussolini—illegitimately, of course. You know the old joke, dictators think mostly with their…

Fiona and I are scheduled to meet next week! Jesus, I sound like a shrink.

This is how Fiona entered into my life: I’d sent out the same generic text to five random numbers—call it phishing, judgmental reader—and two months later, now, shabam. Fiona. Oh, Fiona, your trusting nature and spunky wordplay have churned my heart, stirred my tortured soul.

You’ve branded me, Fiona, like a ranch cow. I think I almost might love you to the mooooon and back.

I must confess, prior to my last entry, I’d thought journaling was only for people of weak disposition. Whiners, complainers, crybabies and the like. But nobody other than my therapist had ever mentioned it’d be so much fun.

To label keeping a diary cathartic, an exercise in therapy, just doesn’t do it for me. It softens me down there. I’m not some little boy who feels the need to retaliate against the page all the injustices this world has inflicted upon him.

And there have been many, make no mistake. But alas, I’m a big man. I take life’s punches on the chin, smile, then ask for seconds. Pain is tasty to me, like a Snickers bar. Thick, nutty, appropriately gooey—lots of calories for such a small package, but ultimately sweet, character-expanding.

Dad texted me today insisting we meet for lunch ASAP. He said he wanted to catch up to discuss “important family matters.” What that translates into is a major league lecture he’s itching to unleash on me. I’m in no mood for that.

Never will be. “Go get another tattoo,” I wanted to message him back. “Another double D broad somewhere on your chest. Or maybe on your lower back. Just let me die in peace with your surname. Isn’t that enough?”

Dad texted me today insisting we meet for lunch ASAP. He said he wanted to catch up to discuss “important family matters.”

Instead, I actually messaged him, pathetically, “K. Get back 2 u soon.” It’s sometimes best to keep official business vague.

Mom doesn’t approve of Fiona. She still speaks to me in dreams. Lately, it’s happening more and more.

“Don’t waste your time on that tramp,” she warned me last night. “She’s up to no good, nothing but trouble, that devilish tramp.”

I must confess, I was never one for listening to Mom. I’ve been a fairly decisive lad since hopping out her womb. I think on my own, and on my own two feet. I answer not to God, country, nor parentals (dead or alive), but rather to myself in the mirror. When I ask me, “Are you talkin’ to me?” I say to me, “You bet your ass, me.”

Fiona admitted she’s excited, but nervous, for our upcoming meetup. Two days! She said it’s crazy when you really think about it. Two complete strangers agreeing to see each other in this day and age.

I texted her, “So then think of me as a 1-night stand. It’s more socially acceptable that way.” As anticipated, she responded accordingly: a smitten-face emoji, followed by an eggplant emoji. She’s a freak that way, Fiona. But she’s my freak. She’s Fiona.

Meeting Dad for lunch was a huge mistake.

No, opening up to him about my love life was. Every time I give him a whiff, I’m swiftly reminded why I ought not to.

“Are you out of your damn mind, son?” Dad lectured. “How old are you again?”

“I’ll bring a gun. Relax. I have to stop by Academy anyways.”

“You know, listening to you sometimes is like watching a train wreck in slow motion. Let me help you, son. Please.”

Oh, Father, I suppose this progeny of yours is still obliged to honor you.

I wasn’t sure if it was a sting operation or a setup to jack my wallet and car. Either way, pictures of my penis were involved. I realized only at the scene—of course only at the scene—that I’d never confirmed her age. Never had her send me pics. Never asked to FaceTime her. Nothing. Love blindfolds.

I parked my car and waited anxiously by a bench near the playground entrance. A few minutes later, she materialized out of the darkness, out of the trees. Scared the fuck out of me. Her greeting was high-pitched, girlish. Not the Fiona I’d imagined. Not Fiona, I determined. Oh, shit.

As I backpedaled to my car, regretting having worn a black turtleneck, a large figure—a man, I’m certain—burst through a bush and sprinted toward me. Later, I’d checked Twitter to make sure it wasn’t Chris Hansen.

Three rounds were fired quickly. Bam bam bam. The figure dropped, the girl shrieked. Instinctively, I collected the spent shells, then ran to my car and got the hell out of Dodge.

The first thing I thought was, You would’ve made a damn-fine Marine, boyo. Oorah!

My recollection is it was extra shadowy that night. I remember the clouds, not seeing the moon once. The saturation from the streetlights nearly overwhelmed me. But I had to keep driving. I was both me and un-me. I was high—stoned on the black rush of escapade and 21st-century dating gone wrong. Very, very wrong.

It’s been two days and I haven’t heard anything from anybody.

I’ve contacted the local county court about the process for changing your name. I have all the necessary documentation.

That was a rhetorical question. Don’t answer.

And please don’t judge me.