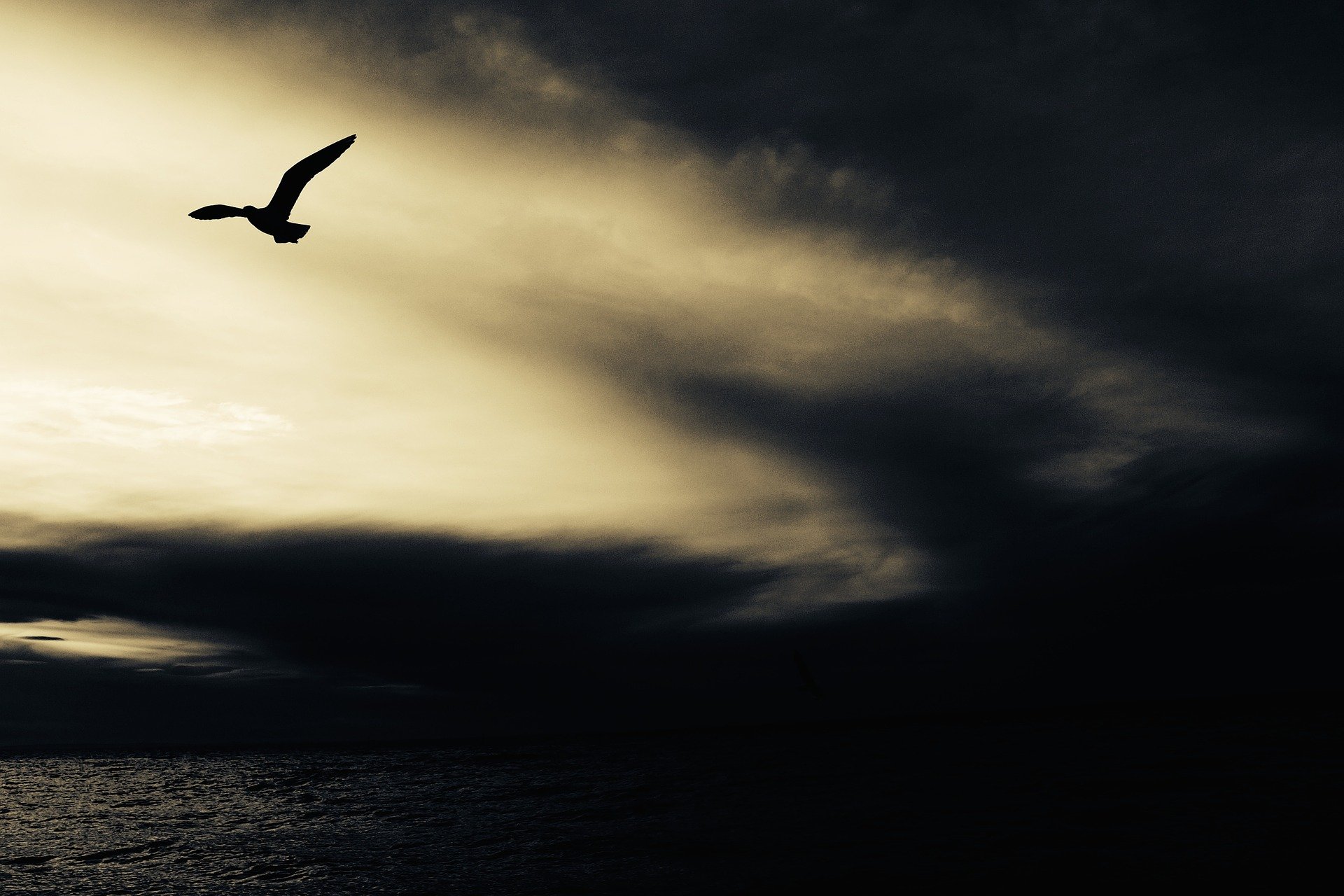 In Gunslinging Bird, noir flash fiction by Mike Aaron, Lee, a man with mental issues is asked to kill a someone for the local mob. The story is centered around the same character featured at “Boogiestop Shuffle” that was also published by Mystery Tribune.

Lee stretched out on his floor and Mingus played in the background, low. He tried to read a book about plants: 100 Amazing Facts About Plants! He couldn’t concentrate, kept hearing Mingus go pluck pluck pluck and his brain went chirp chirp chirp.

Lee stood up and tried to do twenty jumping jacks but lost count. Lee went outside and walked around the block, tugged at his shirt. Didn’t feel right. His body felt wrong. Tried to wave hi to neighbor Carl but came out wrong. Carl waved and said hi but was looking down at him. Carl thinks Lee is too dumb to understand pity. Lee understands everything.

Lee felt bad. Mingus wasn’t helping. He turned the music low and laid down on his blanket with his pillow and took three pills. Lee knew the math. Lee was the math. One pill to get along, two to get right, three to sleep, four for bad, more more more for the exit door.

Lee slept. Lee’s phone rang. Lee slept through it. Lee dreamt of an ice cream sundae. Lee dreamt of carnivorous plants, which some plants are. Lee dreamt Mingus screamed at him from the stage at The Blue Note to stop clinking his fucking ice and listen to the god damn music.

He turned the music low and laid down on his blanket with his pillow and took three pills. Lee knew the math. Lee was the math.

Lou says Lee has a job. Mingus smiles, says: “alright man we got ourselves a titty.” Guy needs to go. Lee can do that? Sure says Lee. Lee says short words because the short ones come out right. Lou says guys name is Hawkins and Hawkins works for Lou but he stole. Stealers gotta go. Lou says Pat can’t do it because Pat and Hawkins are pals. Lou says it’s a secret job. Lee likes it because Lee loves secrets. Secrets taste like ice cream sundaes.

Lee plans to kill Hawkins. Mingus comes for the ride. Sometimes Mingus goes offstage and let’s Lee think but when it’s’ time to do the do The Baron says he needs to come along and help Lee concentrate. Mingus says: “hey man, killing ain’t fair but someone has to do it.” Mingus plays Gunslinging Bird and he plays it just for Lee.

Lee watches Hawkins. He lives two streets away. Lee is smart. Lee watches from the car. Lee walks by the house. Different times. On garbage night Lee leaves a cam across the street and gets 9 hours of live video before the garbage man throws it away. Garbage man does his job and Lee does his job. Take out the garbage? Lee laughs.

Lee watches Hawkins. He lives two streets away. Lee is smart. Lee watches from the car. Lee walks by the house. Different times.

Now Lee can see the whole painting. He knows when Hawkins is going to downtown and when he is home. He knows when he sleeps and when he does the thing with his wife. He knows the money is coming from the bars and going to the banks but the money should be going to Lou. Lou is the bank. He sits in his living room alone and he can see Hawkins day. He’s up now. He’s walking to the train. The train is empty. He wants lunch now. Lee sees it all.

Two weeks later Lee will do it on the train. Not in the neighborhood where Pat can see. Not downtown where cops care who lives and dies. Lee will do it at Allegheny Station. Just before the train pulls in. Hawkins always goes downtown Tuesday morning. 10AM. After rush hour. Empty train.

Lee rides behind Hawkins. Mingus takes the seat next to him. Mingus doesn’t say shit because Lee is locked in. He is stone cold. Two other people on the train but no sightlines. Lee thinks about doing it at Erie, why wait? He waits. The train chugs, heaves, grinds. Lee is calm and centered. Lee feels like he took 100 pills. He is ice cold.

Lee walks up behind, pops him in the head twice. POP POP. He hits the drum like Dannie Richmond. No hesitation. Cordite smell. People snaptheir heads around and look at him, SCARED. Doors open. Lee walks off with the cap pulled low. Walks quick up the stairs. Crosses the street and goes into McDonalds. Orders a coke. Ditches his jacket in the trash and walks down the street. Takes a sip of the coke. Ditches the piece. Hears yelling behind him. Confusion. No sirens yet. Walks up to Erie and catches the train going north. Mingus plays Freedom.

If you have enjoyed Gunslinging Bird by Mike Aaron, our free digital archive of crime, thriller, and horror flash fiction is available here. Additionally, premium short fiction published by Mystery Tribune on a quarterly basis is available digitally here.