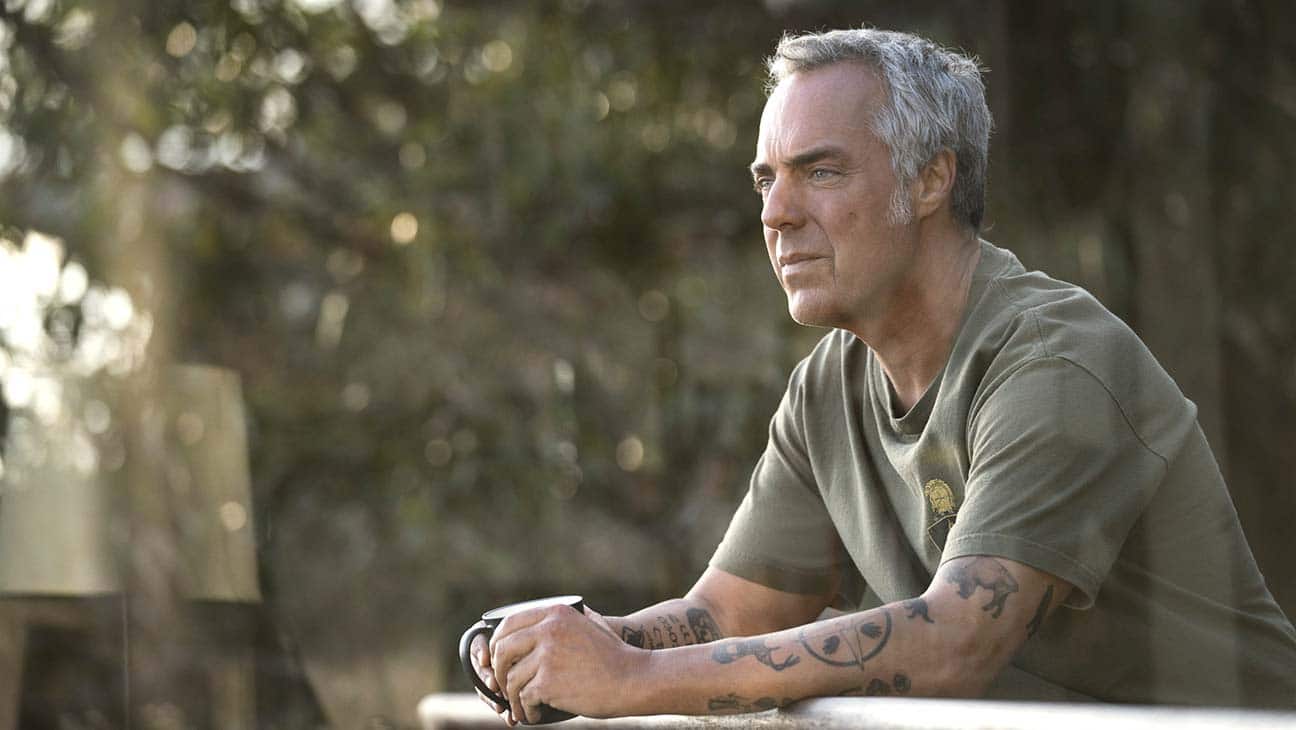 Titus Welliver, the lead actor portraying “Harry Bosch” in the Amazon Prime TV series Bosch is no stranger to ink and has quite many tattoos.

In this guide, we will provide an overview of the fictional character’s tattoos, how Titus Welliver got his first tattoo, and how ink has played a role in his life as an actor and the TV series.

Does the fictional character Harry Bosh have any tattoo?

Yes and No. As a teenager, Harry Bosch got the words “Hold Fast” tattooed on his knuckles. Later when he joined the army, his drill instructor had Bosch punch brick walls until his hands turned into hamburgers. After that in place of the tattoos, he has scars on his knuckles.

Does Titus Welliver have tattoos?

Yes. Titus Welliver has more than 30 tattoos and counting. Most notably, one on his left forearm is an Irish harp and the one on his right upper arm is the symbol of his karate dojo. 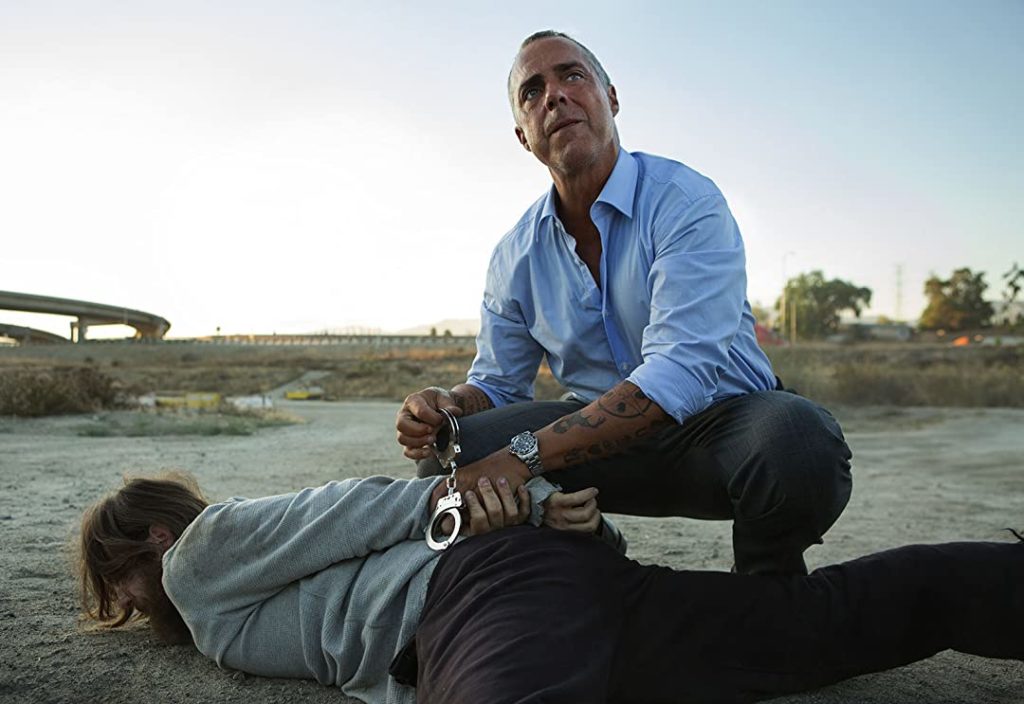 What was Welliver’s first tattoo?

His first tattoo is the symbol of his martial arts dojo. The two koi circling a rock represents strength and fluidity.

Why didn’t the creators of Bosch ask Titus Welliver to cover his tattoos during Bosch filming?

Welliver, in an interview with Inked, provided the following explanation: “When I was cast as Bosch, I said to Michael Connelly, I have these tattoos, and if we have to cover them, it would take an extra hour with the makeup brush each day. So we decided to keep the tattoos.”

What are Titus Welliver’s Tattoos?

He has some animal tattoos, like a cat, tiger and deer heads. He also has guns, heart, knife and many words and inscriptions. In general, each one represents something personal. Some of them are the names and birth dates of his children, and others relate to his Irish and Native American background.

Where does Titus Welliver get his tattoos?

Titus Welliver got introduced to Sunset Strip Tattoo by Charlie Sheen when he moved to Los Angeles in 1990 and he’s been getting tattoos there ever since.

Detective Hieronymus “Harry” Bosch is a fictional character that debuted as the lead character in the 1992 novel The Black Echo, the first in a best-selling police procedural series now numbering more than 20 novels (To check out the order of Bosch books, please visit here).

Bosch’s mother was a prostitute in Hollywood who was murdered on October 28, 1961, when Bosch was 11 years old. His father, whom he met later in life, was Mickey Haller, Sr., a prominent defense attorney. Haller was famous for representing mobster Mickey Cohen, among other clients.

Bosch spent his youth in various orphanages and youth halls, and with the occasional foster family. When he learned of his mother’s murder, Bosch, then living at a youth hall, dived to the bottom of the pool, screamed until he ran out of air, and then swam back to the surface. This event is a recurring reference in several Bosch novels.

He joined the United States Army at age 17, after getting his foster father to sign the enlistment papers. In Vietnam, Bosch was a “tunnel rat” with the 1st Infantry Division. He was a “special forces” type soldier whose job it was to go into the maze of tunnels used as barracks, hospitals, and on some occasions, morgues, by the Vietcong and North Vietnamese Army.

While in the enemy tunnels, the Tunnel Rats would kill enemy soldiers they encountered, gather documents for analysis by military intelligence, and then plant C-4 high explosive charges that they would set to detonate after they exited the tunnels. Once, while on R&R leave in Hawaii, Bosch went AWOL, but returned to his unit and served two tours of duty in Vietnam.

Bosch has a daughter named Madeline (“Maddie”) with his ex-wife Eleanor Wish. Maddie spent most of her time with her mother in Hong Kong, where Eleanor was a professional gambler. Bosch saw his daughter in person only twice a year.

Eleanor had a personal security guard, Sun Yee, who was also her boyfriend. She was killed during an attempt to rescue Maddie from Chinese thugs, detailed in 9 Dragons. Subsequently, Maddie lived with her father in Los Angeles.