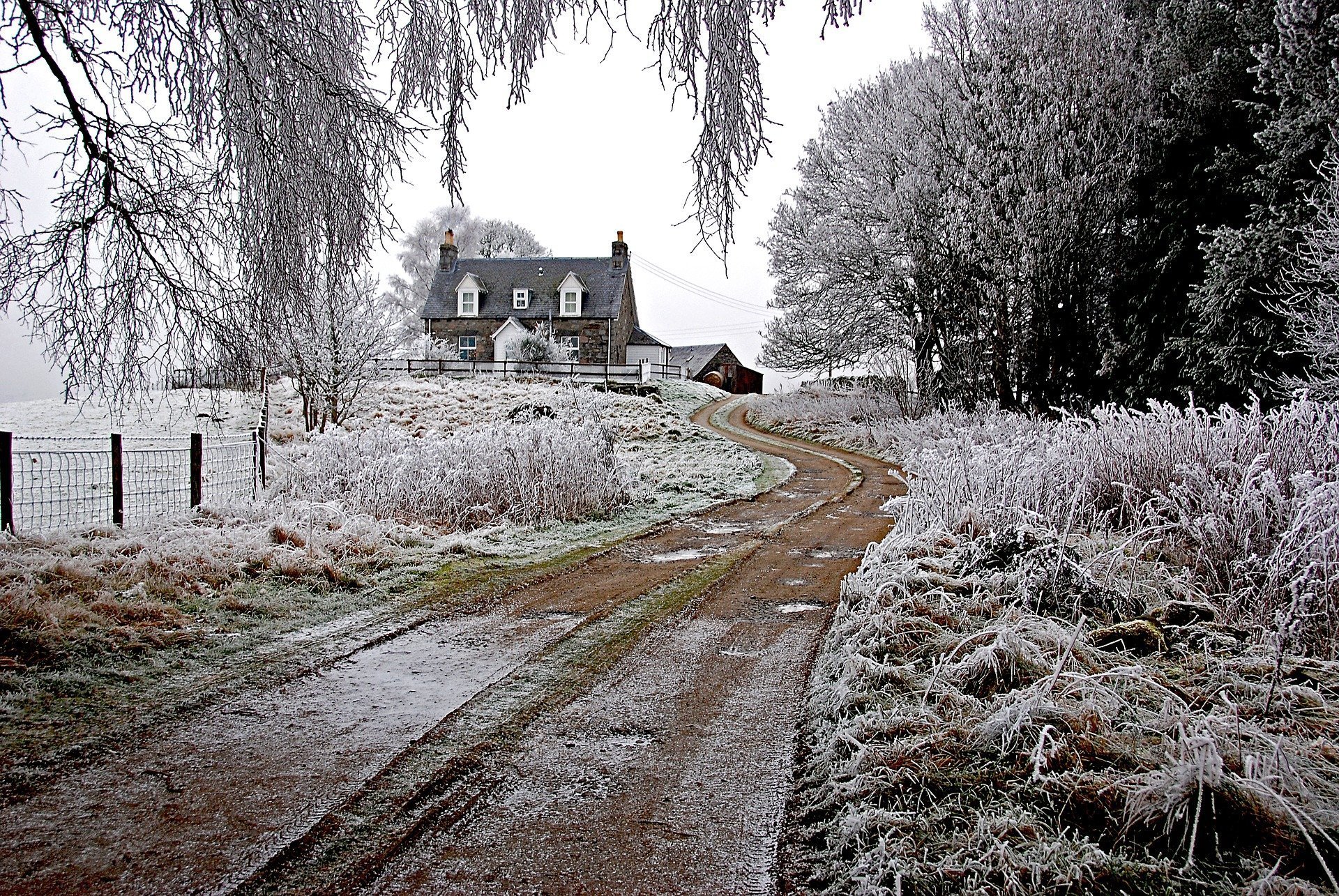 High Jinks At The Pennyfoot Hotel: An Essay By Kate Kingsbury

Cozy mystery writer Kate Kingsbury writes about Edwardian England, growing up in U.K. and her latest book A Merry Murder.

I have always been fascinated by that time period.  It lasted less than ten years, yet the changes it brought about were significant, not only for Britain, but for the entire western civilization.

Edward VII, the “Playboy Prince,” was on the throne, and the strict, confined ethics of the Victorian age had been abandoned.  The king believed in enjoying life to the fullest, and his wealthy subjects were only too happy to follow suit.  As for the less fortunate, many of them slaved away in luxurious mansions for little more than room and board, yet managed to enjoy a satisfying existence.

My parents were born shortly after the turn of the twentieth century.  My mother was twelve years old when she was sent to serve an affluent London family.  She lived there and worked for them until her marriage, and remembered her master and mistress with fondness for the rest of her days.  Her stories brought to life for me the tribulations and the meager rewards for a servant of the aristocrats.

After surviving life in London during two world wars, my mother grew tired of the city.  She decided to sell our home and open a full board guest house on the southeast coast.  It was a drastic change for all of us.

Every summer, for the next several years, our family home was filled with strangers.

I managed the business, and with the help of my sister, cleaned rooms, welcomed guests and served three meals a day.  My mother did all the cooking, and my father washed dishes.  We had no dishwasher, garbage disposal, refrigerator, freezer, washing machine or dryer.  Everything was done by hand.

Our visitors were as diverse as fish in the ocean.  Some became friends, some kept their distance, and some were just plain eccentric.  All of them were treated like family, and most came back year after year.

The characters who work and play within the hotel’s walls are composites of all the wonderful people I met during those years on the southeast coast of England.

Many years later, when my agent suggested I write a mystery series, I knew I had to use Edwardian England for the setting.  Creating the English village of Badgers End was a joy, but I needed a focal point – a place where my characters could meet and interact.  Memories of our guest house prodded me, and the Pennyfoot Hotel was born.  Little did I imagine, when plotting that first book, that the series would still be going strong thirty years and twenty-two books later.

The characters who work and play within the hotel’s walls are composites of all the wonderful people I met during those years on the southeast coast of England.

Cecily Sinclair Baxter owns and runs the hotel, with the help of her husband, Hugh Baxter.  He was her manager for several years before he finally confessed his love for her and married her.  She still calls him Baxter.

Cecily is an independent woman, though she sometimes clings to the past, before the industrial revolution introduced motorcars and machines that fly.  There are other inventions, however, that she appreciates, such as the telephone, and indoor plumbing.  The latter cuts down somewhat the necessity to empty chamber pots, though with only one water closet on each floor, the maids still have to contend with that onerous task.

Cecily is a firm supporter of the Woman’s Movement.  She stops short, however, at demonstrating her beliefs in public.  She treats her staff like family, with a firm hand and a gentle tongue, though she’s not above raising her voice when necessary.  She’ll go to great lengths to protect those for whom she cares, and is a strong advocate of justice.

The hotel embodies the upstairs, downstairs tradition of the era.  Members of the aristocracy patronize the place, mainly because of the card rooms below floors, where illegal gambling flourishes…

She has no time for fools, such as the local constable, P.C. Northcott, who constantly aggravates her with his stubbornness and lack of gumption.  She knows how to handle him, and he is often a buffer between her and Inspector Cranshaw, whose main desire appears to be the demolition of the Pennyfoot Hotel.

The hotel embodies the upstairs, downstairs tradition of the era.  Members of the aristocracy patronize the place, mainly because of the card rooms below floors, where illegal gambling flourishes, but also because of the strict secrecy rules bestowed on the staff, which allow illicit rendezvous behind closed doors without fear of being exposed.

Though not much escapes Gertie McBride, the chief housemaid.  Gertie has worked at the Pennyfoot since she was twelve years old, and considers it her home and its staff her family.  She has been married twice, with twins conceived with her first husband, from whom she’s divorced.  Her second husband died, and she came close to marrying for a third time, until her fiancé displayed an annoying tendency to control and dictate.

No one tells Gertie McBride what to do.

Unless it’s Mrs. Chubb, the housekeeper and chief baker.  Mrs.  Chubb rules with an iron fist, and a voice that would freeze a rampaging rhino in its tracks.  Her nemesis is Michel, the unpredictable chef, whose fake French accent and temper tantrums drive her insane.  He is the only one who can get the better of her, and often does.

Cecily’s best friends sometimes visit the hotel.  Madeline Prestwick is an herbalist, married to a doctor and is often referred to by the villagers as a witch.  Phoebe Carter Holmes Fortescue once was a member of the upper crust.  She fell on hard times, and was rescued when Colonel Frederick Fortescue married her.  The colonel fought in the Boer War, and his shell-shocked brain isn’t always in working order.  He bores everyone with his war stories, and often forgets where he is and what he’s supposed to be doing.

I wrote twelve books in the original series, ending the tales with Baxter’s proposal.  For the next two years my characters intruded on my days and woke me up at night, demanding to know why I had abandoned them.  Many fans wrote to beg for another book in the series, and I finally agreed to write just one more – a Christmas book bringing all the characters back together for a joyful holiday reunion.

That one book turned into nine holiday editions of the Pennyfoot Hotel Mysteries.  Then, six years ago, I decided to close the doors of the hotel for good.   I should have known it wasn’t the end.  Again, my characters haunted me, and with the advent of social media, I had more fans clamoring for more Pennyfoot books.

A Merry Murder is the tenth Christmas edition, and the twenty-second book in the series.  When a dead body is discovered in the laundry room, the inhabitants become reluctantly involved in yet another murder, while still managing to cope with their complicated lives.

Once more, intrigue is alive and well at the Pennyfoot Hotel.

As it should be.

Kate grew up in London, England, and at a very early age began telling stories to her school friends while huddling in bomb shelters during the Blitz of WW II. She moved to the U.S. in 1963 and published her first book in 1987. Since then she’s written over sixty romance and mystery novels.

She now lives in Oregon with her husband, Bill and Bella, a feisty chihuahua mix. Her “upstairs/downstairs” mysteries appeal to fans of Downton Abbey. The Pennyfoot Hotel Mysteries are set in Edwardian England, while the Manor House series takes place in an English village during WW II. Her contemporary series, The Merry Ghost Inn Mysteries, features a bed and breakfast inn on the Oregon coast.

Mystery Tribune’s collection of essays, covering a wide range of topics in mystery and crime fiction, movies and comics, can be viewed here.