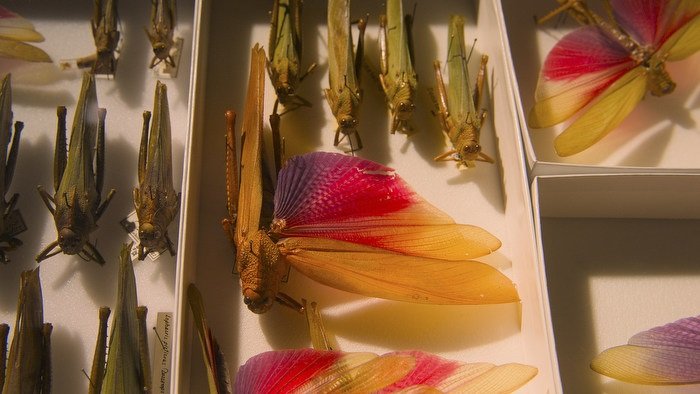 Bug Out, an unexpected true crime docuseries that delves into the mystery of the largest known live insect heist in history, is coming to IMDB TV. The docuseries will be available to stream exclusively on IMDb TV, Amazon’s premium free streaming service, in both the U.S. and the UK starting Friday, March 4.

Bug Out holds the magnifying glass to one of the most bizarre crimes in recent history: the theft of 7,000 living bugs from the Philadelphia Insectarium.

This four-part investigative documentary series delves into this whodunnit through exclusive interviews with insect collectors, bug smugglers, and the law enforcement agencies charged with looking into this case.

When $50,000 worth of live bugs are stolen from the Philadelphia Insectarium, detectives with the Philadelphia Police Department are on the hunt to find out who took the bugs, and why! As they assemble their list of suspects, they find themselves entering an unknown and shadowy subculture.

Bug Out holds the magnifying glass to one of the most bizarre crimes in recent history: the theft of 7,000 living bugs from the Philadelphia Insectarium.

Along the way, they find out that the Insectarium may not be the wholesome family museum it appears to be.  While the detectives interview suspects, agents from U.S. Fish and Wildlife share case files from other bug busts that could have major implications for this heist. The detectives are surprised to discover the far-reaching tentacles of this case, as international insect smugglers enter the scene.

Meanwhile, a startling new clue is uncovered about a former Insectarium employee who is quickly becoming entangled in a sticky web of bug deals. A clearer picture of the Insectarium starts to develop as the detectives begin to hone in on a prime suspect. However, as they zero in, a staggering allegation is made about some of the tarantulas that were stolen from the museum.

As a result, the investigators turn their focus to Mexico and the illicit tarantula trade there.  When a shocking revelation emerges about the bug heist, the investigators find themselves questioning everything they thought they knew about this case. Meanwhile, alliances at the Insectarium fracture as deep dark secrets begin to surface. Finally, new colonies are formed pointing to a dizzying future for this museum and all its worker bees.