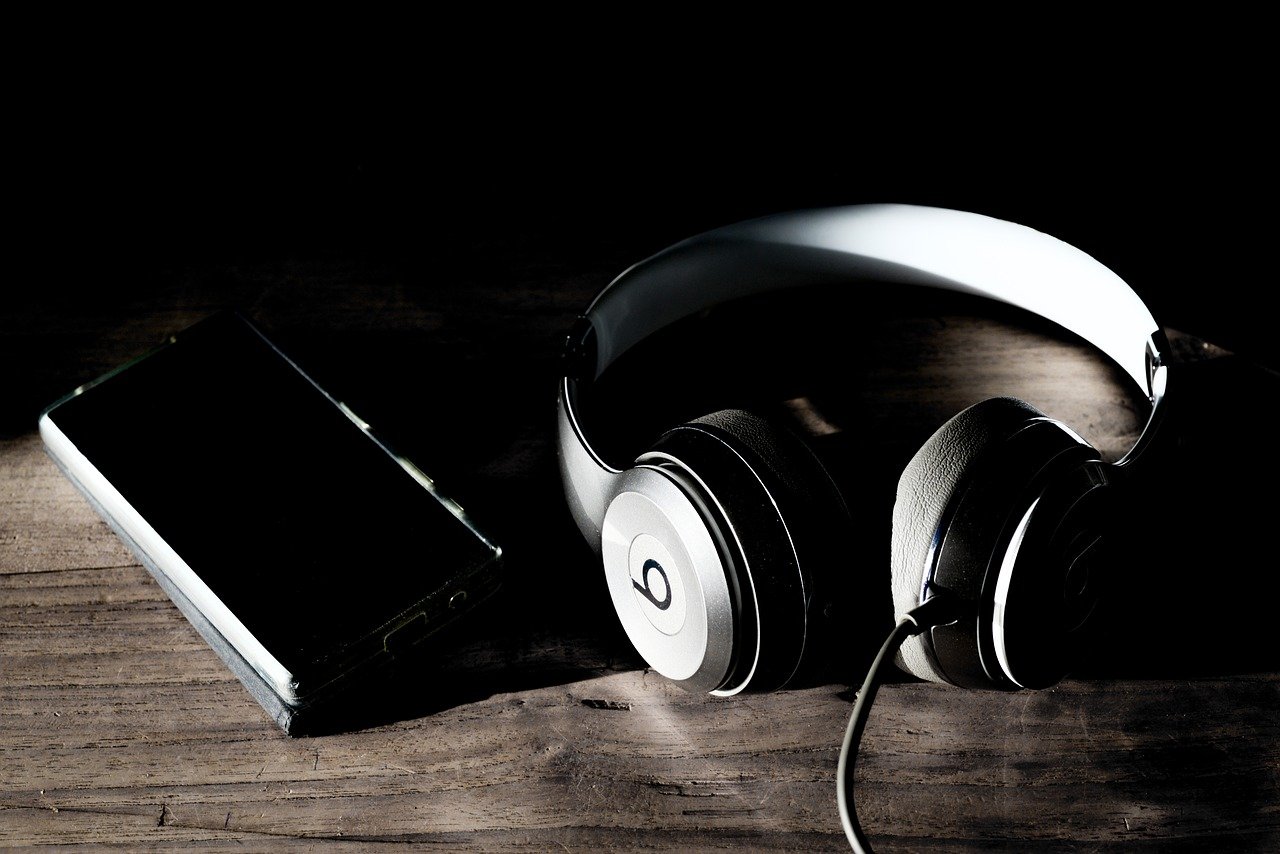 The Hottest Thriller and Mystery Audiobooks of November

The list of the hottest thriller and mystery audiobooks in the market for November 2017 includes irresistible Sci-Fi thrillers such as Artemis and new titles from household names such as Mary Higgins Clark.

In Artemis, the best-selling author of The Martian returns with an irresistible new near-future thriller – a heist story set on the moon.

Jazz Bashara is a criminal. Well, sort of. Life on Artemis, the first and only city on the moon, is tough if you’re not a rich tourist or an eccentric billionaire. So smuggling in the occasional harmless bit of contraband barely counts, right? Not when you’ve got debts to pay and your job as a porter barely covers the rent.

Everything changes when Jazz sees the chance to commit the perfect crime, with a reward too lucrative to turn down. But pulling off the impossible is just the start of her problems, as she learns that she’s stepped square into a conspiracy for control of Artemis itself – and that now her only chance at survival lies in a gambit even riskier than the first.

Bringing to life Weir’s brash, whip-smart protagonist is actress Rosario Dawson (Marvel’s The Defenders, Sin City, Death Proof). With the breathless immediacy of one realizing they’re one cracked helmet visor away from oblivion, Dawson deftly captures Jazz’s first-person perspective – all while delivering sarcastic Weir-ian one-liners and cracking wise in the face of death. And with a cast of diverse characters from all walks of life calling Artemis home, Dawson tonally somersaults to voice Kenyan prime ministers, Ukrainian scientists, and Saudi welders. It’s a performance that transports listeners right alongside Jazz, matching her step for step on every lunar inch of her pulse-pounding journey.

The new Jack Reacher novel The Midnight Line is not only a hot title when it comes to print or digital format but also audio book:

Reacher takes a stroll through a small Wisconsin town and sees a class ring in a pawn shop window: West Point 2005. A tough year to graduate: Iraq, then Afghanistan. The ring is tiny, for a woman, and it has her initials engraved on the inside. Reacher wonders what unlucky circumstance made her give up something she earned over four hard years. He decides to find out. And find the woman. And return her ring. Why not?

So begins a harrowing journey that takes Reacher through the upper Midwest, from a lowlife bar on the sad side of small town to a dirt-blown crossroads in the middle of nowhere, encountering bikers, cops, crooks, muscle, and a missing persons PI who wears a suit and a tie in the Wyoming wilderness.

The deeper Reacher digs, and the more he learns, the more dangerous the terrain becomes. Turns out the ring was just a small link in a far darker chain. Powerful forces are guarding a vast criminal enterprise. Some lines should never be crossed. But then, neither should Reacher.

Trouble comes in bunches for Stephanie Plum. First, professional grave robber and semi-professional loon, Simon Diggery, won’t let her take him in until she agrees to care for his boa constrictor, Ethel. Stephanie’s main qualification for babysitting an extremely large snake is that she owns a stun gun—whether that’s for use on the wandering serpent or the petrified neighbors remains to be seen.

Events take a dark turn when headless bodies start appearing across town. At first, it’s just corpses from a funeral home and the morgue that have had the heads removed. But when a homeless man is murdered and dumped behind a church Stephanie knows that she’s the only one with a prayer of catching this killer.

If all that’s not enough, Diesel’s back in town. The 6-foot-tall, blonde-haired hunk is a man who accepts no limits—that includes locked doors, closed windows and underwear. Trenton’s hottest cop, Joe Morelli isn’t pleased at this unexpected arrival nor is Ranger, the high-powered security consultant who has his own plans for Stephanie.

As usual Jersey’s favorite bounty hunter is stuck in the middle with more questions than answers. What’s the deal with Grandma Mazur’s latest online paramour? Who is behind the startling epidemic of mutilated corpses? And is the enigmatic Diesel’s sudden appearance a coincidence or the cause of recent deadly events?

End Game is also another fast-paced new novel from a familiar name in the thriller world: David Baldacci.

Will Robie and Jessica Reel are two of the most lethal people alive. They’re the ones the government calls in when the utmost secrecy is required to take out those who plot violence and mass destruction against the United States. And through every mission, one man has always had their backs: their handler, code-named Blue Man.

But now, Blue Man is missing.

Last seen in rural Colorado, Blue Man had taken a rare vacation to go fly fishing in his hometown when he disappeared off the grid. With no communications since, the team can’t help but fear the worst.

Sent to investigate, Robie and Reel arrive in the small town of Grand to discover that it has its own share of problems. A stagnant local economy and a woefully understaffed police force have made this small community a magnet for crime, drugs, and a growing number of militant fringe groups.

But lying in wait in Grand is an even more insidious and sweeping threat, one that may shake the very foundations of America. And when Robie and Reel find themselves up against an adversary with superior firepower and a home-court advantage, they’ll be lucky if they make it out alive, with or without Blue Man.

Now that a new movie based on Murder on the Orient Express by Agatha Christie is out, why not complement watching that with a great audiobook of the original text?

What begins as a routine journey on the luxurious Orient Express soon unfurls into Agatha Christie’s most famous murder mystery. On board is the famous detective Hercule Poirot, and one man who come morning will be found dead, his compartment locked from the inside.

This Audible Original dramatisation follows the train as it’s stopped dead in its tracks at midnight. The train’s stranded passengers soon become suspects as the race to uncover the murderer begins before he or she strikes again.

“Queen of Suspense” Mary Higgins Clark and Alafair Burke are back with their fourth book in the New York Times bestselling Under Suspicion series; Every Breath You Take follows television producer’s Laurie Moran investigation of the unsolved Met Gala murder—in which a wealthy widow was pushed to her death from the famous museum’s rooftop.

Laurie Moran’s professional life is a success—her television show Under Suspicion is a hit, both in the ratings and its record of solving cold cases. But her romantic break from former host Alex Buckley has left her with on-air talent she can’t stand—Ryan Nichols—and a sense of loneliness, despite her loving family.

Now Ryan has suggested a new case. Three years ago, Virginia Wakeling, a member of the Board of Trustees of the Metropolitan Museum of Art and one of the museum’s most generous donors, was found in the snow, after being thrown from the museum’s roof on the night of its most celebrated fundraiser, the Met Gala. The leading suspect then and now is her much younger boyfriend and personal trainer, Ivan Gray.

Ivan runs a trendy, successful boutique gym called Punch—a business funded in no small part by the late Virginia—which happens to be the gym Ryan frequents. Laurie’s skepticism about the case is upended by a tip from her father’s NYPD connection, and soon Laurie realizes there are a bevy of suspects—including Virginia’s trusted inner circle.

As the Under Suspicion crew pries into the lives of a super wealthy real estate family with secrets to hide, danger mounts for several witnesses—and for Laurie.