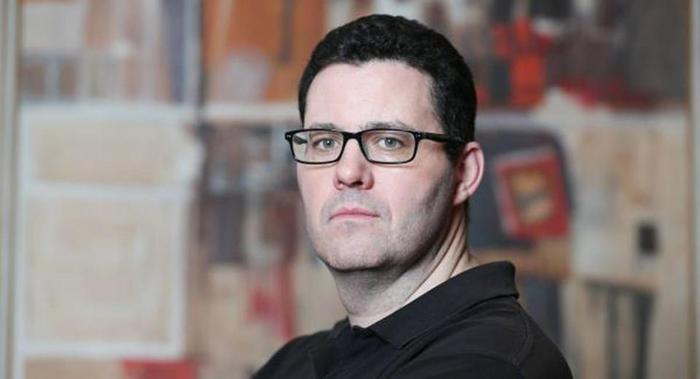 Hulu has acquired the rights to develop Adrian McKinty’s upcoming novel, The Island, as a limited series, according to Deadline.

In production of the limited series, McKinty will serve as executive producer alongside his agent Shane Salerno and The Story Factory.

In The Island, an American family on vacation in Australia finds themselves in the wrong place at the wrong time after a car accident leaves them stranded on a small private island with a hostile clan who will not let them leave.

McKinty will serve as executive producer alongside his agent Shane Salerno and The Story Factory.

Although the plot starts off as a run-of-the-mill family vacation story, it quickly turns into a deadly game of cat-and-mouse on an inhospitable, scorching hot Victoria wasteland.

This is the second deal scored by McKinty: his previous novel, The Chain, was acquired by Universal for $1.5 million with Edgar Wright attached to direct.

Adrian McKinty is a Northern Irish writer of crime and mystery novels and young adult fiction, best known for his 2020 award-winning thriller, The Chain, and the Sean Duffy novels set in Northern Ireland during The Troubles.

He is a winner of the Edgar Award, the Theakston Old Peculier Crime Novel of the Year Award, the Macavity Award, the Ned Kelly Award, the Barry Award, the Audie Award, the Anthony Award and the International Thriller Writers Award. He has been shortlisted for the CWA Ian Fleming Steel Dagger and the Grand Prix de Littérature Policière.

McKinty quit writing in 2017 after being evicted from his rented house, citing a lack of income from his novels, and instead took work as an Uber driver and a bartender.

Upon hearing of his situation, fellow crime author Don Winslow passed some of his books to his agent, the screenwriter and producer Shane Salerno. In a late-night phone call, Salerno persuaded McKinty to write what would become The Chain. Salerno loaned the author (“advance on the advance”) $10,000 to help him survive financially during the process.

The stand-alone thriller was inspired by the chain letters of his youth and contemporary reports of hostage exchanges. McKinty returned to writing after the book landed him a six-figure English-language book deal, and was optioned for a film adaptation by Paramount Pictures. In an interview on CBS McKinty talked about never giving up and took the interviewer, Jeff Glor, to Plum Island, Massachusetts where The Chain is set. The Chain was published in 37 countries.