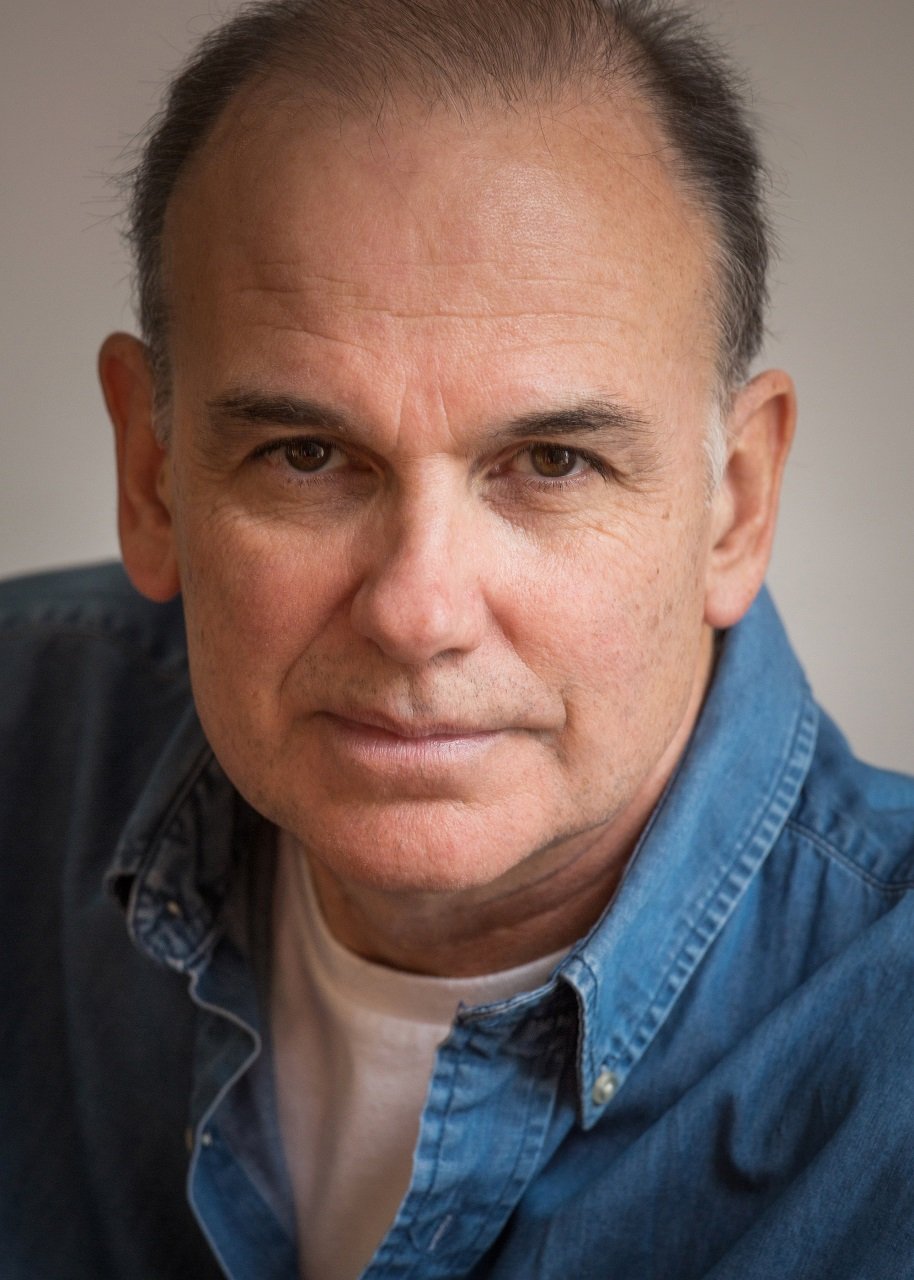 Max O’Brien instantly became one of our favorite characters: A lonely con man who at times resembles “Simon Templar” and shows some degree of morality here and there.

Among the three books in the series The Roma Plot is specially of note: A first-class thriller novel which will capture the attention of readers no matter what their taste (see our review here).

Eager to learn more about the thought process behind these novels and Max O’Brien’s character, we had a conversation with Mario Bolduc which follows.

In 20th century, many notable characters were brought to life who in essence were criminals but had a strong sense of morale. The more famous examples are the Saint (Simon Templar) or to some extent the Batman figure in comics.

This is something we have seen less in recent years. What made you create a character like Max O’Brien?

Two things motivated my choice for the Max O’Brien character when I decided to write the initial novel of the series, The Kashmir Trap. First, the hero was not going to be a detective, a reporter or anyone whose profession is to lead an investigation or hunt a criminal. In other words, my hero would be something like a “well trained amateur,” involved in situations that would have a strong emotional impact on him; stories that would force him to find his way and succeed in an unfamiliar environment. Secondly, I thought that creating a character operating outside the law would add more tension and improve the suspense. This has been done in many Alfred Hitchcock movies, for example. That’s how the idea of my hero as a scam artist came to life.

The chapters which make flashbacks to the WWII period are so vivid and elaborate. How did you get your hands on such historical details? Did you travel to Auschwitz-Birkenau concentration camp?

For The Roma Plot, I read a lot about WWII and the fate of the Roma in Eastern Europe until I found sufficient elements to build up my story. For example, I was thrilled by the idea of “Romanestan,” a country the Roma could claim their own, a dream (that never materialized) for many generations of Roma. Or the 1971 World Romani Congress in London, where international leaders of the community felt the need to organize themselves on a political level. I used these elements as a background in order to provide an historical perspective to the story. I did the same thing in The Kashmir Trap, where the characters are caught in the tension created by India and Pakistan preparing for war.

In the fall of 1987, I traveled to Poland and stayed in Cracow for a few days. I visited the Auschwitz-Birkenau concentration camp on that occasion. Also, the book Auschwitz… Nazi Extermination Camp, published by Interpress in Poland was an excellent source of reference.

You have quite many locations in this book: New York, Bucharest, and various locations in Canada and Poland. Along with your parallel timelines, do you think moving from place to place made it easier or more challenging to write this book?

I had to do additional research to make sure the descriptions were realistic, especially in the case of historical settings, or places I did not have experience with. I have never visited Bucharest, for example, but I reviewed these segments of the novel with a Romanian contact in Montreal.

Parallel timelines was also a real challenge, because of the risk of confusion for the reader. I had to make sure the story-line was clear and moving somewhere, which is not always easy to achieve with multiple timelines. At one point in the writing, I simply separated the two main story-lines and treated them as independent stories to make sure they were complete and satisfactory by themselves and not repetitive.

Are there any memorable experiences and/or conversations about the Romanian or European politics that helped shape the present-day narrative?

When my first draft was completed, I contacted the Roma Community Center in Toronto, which put me in touch with two Romas, Ronald Lee and Constantin Enghel. They were very generous in answering all my questions. A native Kalderash, Ronald Lee has taught a course on the Romani Diaspora at the University of Toronto and wrote Learn Romani. He was very helpful in reviewing and suggesting some of the words I used for Emil Rosca, one of the principal characters in the book.

There are a lot of intriguing spy movie-like scenes in this novel, but there are also a lot of intimate, internalized scenes that focus on what’s happening inside Max’s head. Which do you find more challenging to write? Please explain.

I have been a screenwriter for many years, and I have found it frustrating sometimes to be restricted to dialogue scenes to convey essential information or a specific emotion to the viewer. In a novel, I take advantage of the writer’s “power” to get inside a character’s head. However, I try to mix different ways of carrying the story forward, without losing track of whose point of view we listen to. As far as action scenes are concerned, I build them in such a way that they contribute to the evolution of the story and have an impact on the main character’s psychology. As a reader, I find that action for the sake of action in crime novels tends to distract me from the story itself, that’s why I try to avoid it in my writing.

“The Roma Plot”, it seems, intends to mix two line of thoughts: On one side, it acts as a reminder of historical tragedies and links them to some of political issues Europe today. On the other hand, it also narrates a more personal tale of a man trying to save his friend and himself from destructive forces.

Are historical aspects simply a backdrop for Max O’Brien’s new adventure or there is a deeper meanings buried in them?

In The Kashmir Trap, Max O’Brien’s relationship with his brother is an important part of the story. Max feels guilty for having ruined his brother’s political career. When his nephew (his brother’s son) is murdered, Max feels the urge to go to India and find the culprits. In The Roma Plot, guilt is also a strong motivation for Max. He introduced his friend Kevin to the “art of the fraud”, and he feels he is responsible for what Kevin has done in Romania – he thinks his friend has gone to Bucharest to put together a scam operation that turned sour. According to Max, Kevin’s troubles are the result of his bad influence on him.

There is also a link between Max and Emil Rosca, the Romani leader, a man with a strong moral attitude and pursuing a noble objective. Inspired by his father who was killed by the Nazis, Emil wants the best for his people. But Emil is betrayed by the individuals he gave his confidence to, the first and most important of them being dictator Nicolae Ceaușescu, his personal friend. In a way, Emil is abused by “political swindlers” who manipulate him for their own interest.

Max O’Brien adventures, so far, shape a trilogy. Are you planning to extend this series? Why?

That’s my intention, yes. But after the third novel, I felt the need to take a break from Max O’Brien in order to explore other characters and different types of stories. Max being a scam artist makes him a good protagonist but it tends to orient me towards “run and chase” stories that I wanted to put aside for a while.

The third book of the Max O’Brien series deals with the tragic fate of people with albinism in Africa. After India and Romania, Max is in Tanzania recuperating from his separation with his lover Valéria, when he learns of her assassination. As a lawyer, she was involved in the prosecution of quack doctors financing the killing of people with albinism for sorcery purposes. The novel will be released this year by Dundurn Press.

My latest novel, The Tsar of Peshawar, was published in French in March 2017. It’s not a Max O’Brien story but it’s also based on historical facts, where fictional characters are mixed with real life figures.

The Tsar of Peshawar tells the story of a Montreal carpet importer established with his family in Peshawar, Pakistan, during the Soviet invasion of Afghanistan in the 1980s. The importer’s daughter life is disrupted by the business relations her father entertains with an important financier for the Afghan rebels, Osama bin Laden.