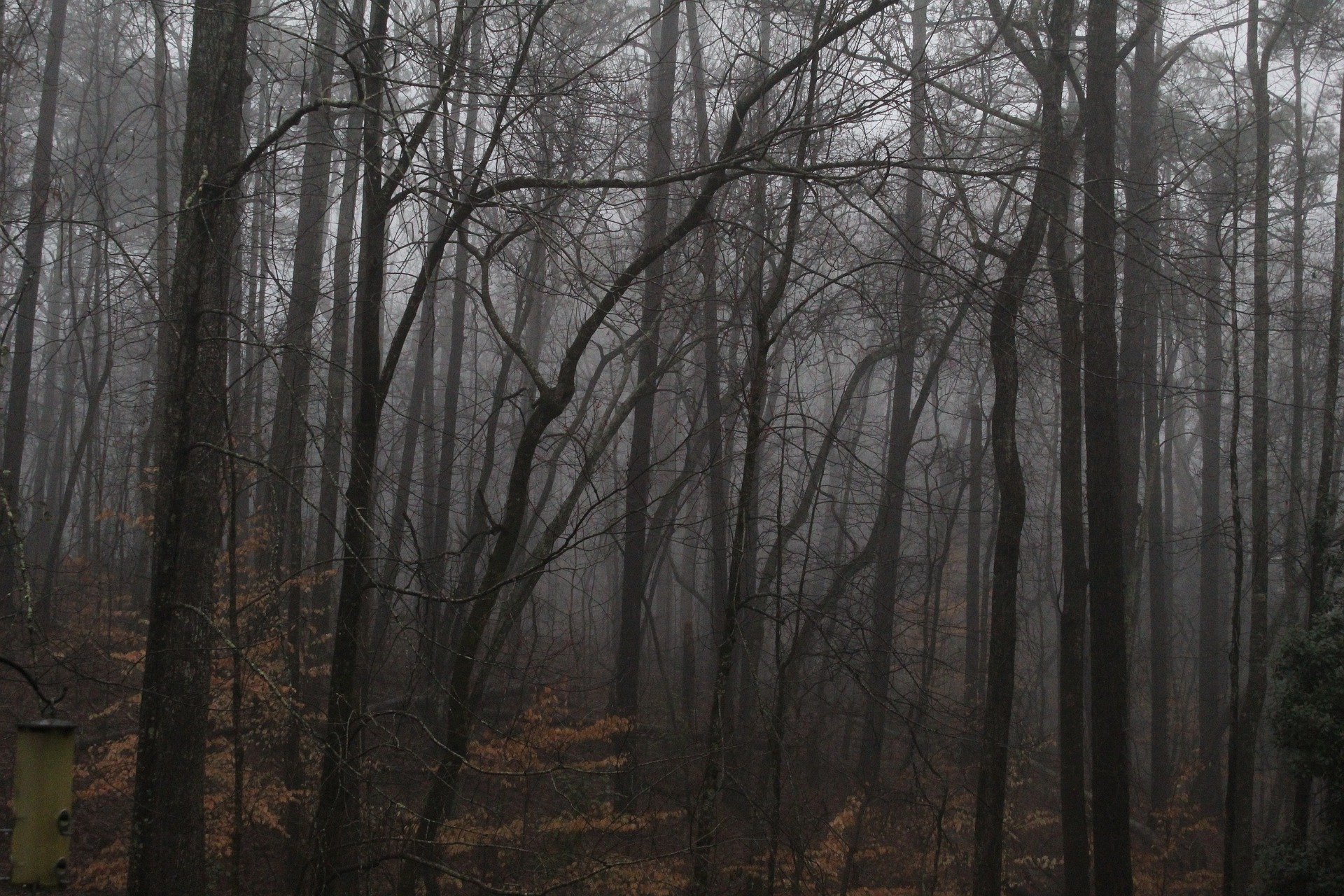 In Inventing The American Loner, Janet Roger reviews the writings of Washington Irving and links to the interest she has in Chandler’s Marlowe and other loners in American PI writing.

Whilom. Yes, that’s right. Whilom. Experts in archaic English can now sit back while the rest of us look it up. Context helps of course, as it often does. Here it is:

Adjoining the church, in a small cemetery, immediately under the back window of what was once the Boar’s Head, stands the tombstone of Robert Preston, whilom drawer at the tavern. [from The Boar’s Head Tavern – The Sketch-Book of Geoffrey Crayon, Gent.]

That’s as in drawer of liquor. Robert Preston was whilom, or former – by now we might say sometime – waiter at that Boar’s Head tavern in Eastcheap, in the City of London. The same tavern that appears earlier in Shakespeare’s Henry IV, Parts 1& 2, where Jack Falstaff roisters under the eye of its hostess, Mistress Quickly. And how do I know this about the whilom waiter?

Well, from the very first professional of American Letters, Washington Irving. He of Rip Van Winkle, and The Legend of Sleepy Hollow. Now admittedly, since I’m temperamentally more tuned to The Big Sleep than to Sleepy Hollow, Washington Irving is not often on my radar. But coming across him again lately was quite an eye-opener.

One of the joys of libraries and bookstores is how some of the best discoveries can come by the most roundabout of routes. I have an interest in, and write about, the City of London; that single square mile inside the ancient Roman walls that nowadays is London’s financial center. Its Wall Street, if you will. And so it was that a while ago I fell across the short story Little Britain, free to read in the modern marvel of the Gutenberg Project archive.

Let me explain about Little Britain. It’s a tiny quarter of the City, a cluster of narrow streets and courts, that takes its names from the whilom residence there of the Dukes of Brittany. At its west lies the former abbey and the present hospital of St Bartholomew’s. At its north, the ancient meat market of Smithfield (it’s still there and trading). South is Wren’s St Paul’s cathedral. You’ll meet the quarter in detail, its streets and some of its people, in Shamus Dust. Hence my interest.

One of the joys of libraries and bookstores is how some of the best discoveries can come by the most roundabout of routes.

But what I didn’t know, until that day spent trawling Gutenberg, was that Washington Irving’s story had put his stamp on those streets, two hundred years before me. In 1820 there were still traces of the quarter’s former glories, though rank and fashion had moved west of the City and their former mansions were already subdivided.

Fascinating. But until one day last year, the Gutenberg archive was my only recent contact with Washington Irving. And then in Canberra, in the city’s oldest bookstore, there in front of me was the collection that contained his Little Britain story. I bought a copy. Naturally.

Washington Irving was a New Yorker, named in the week that New York learned of the end of the Revolutionary War. In his early 30s, the close of the next war with Britain had taken him to Birmingham, center of the metal trades in the English midlands, where a branch of the family importing business was running into post-war headwinds.

Washington Irving was a New Yorker, named in the week that New York learned of the end of the Revolutionary War.

By 1816, the business folded, he’d decided to stay put in England, and to try making his living as a writer. Irving had already been published to acclaim back home. Now he set out on a tour of the country, making notes of what he found there and turning them into sketches. The Sketch-Book was the result: thirty-something essays and short stories, first serialized and then collected in a best-selling book on both sides of the Atlantic. It’s where you’ll find The Boar’s Head Tavern, quoted from above.

Rip and Sleepy Hollow are there too; classics far better known today than the other stories in the collection, odd interlopers among Irving’s portraits of England and the English, their fading customs, churning class relations and local manners.

There’s more to tell about the writing. But for now let’s go back to that best-seller’s title in full. The serial, and then the book, were published from the first as The Sketch-Book of Geoffrey Crayon, Gent. Which begs the question, who was Geoffrey Crayon?

It wasn’t until 1828, after two years’ spent researching Spanish archives in Madrid, that Washington Irving published for the first time under his own name. (Not a bad start either. A History of the Life and Voyages of Christopher Columbus, ran to 175 editions before the century was out!). But before then, from his early journalism onwards, his bylines and his voices were always adopted. In New York he’d been Jonathan Oldstyle, Launcelot Langstaff, Will Wizard and Diedrich Knickerbocker. In England, needing his writing to turn a buck, he became Geoffrey Crayon, Gentleman.

Let’s start with the obvious. Crayon, like his creator, is an expatriate. An unmoored, displaced American. In her introduction, editor Susan Manning quotes Hazlitt, a contemporary of Irving’s on this. The foreign traveler, he observes, moves in a kind of dream state, distanced from surroundings he can never quite fit in.

He could be right, at least about Geoffrey Crayon, Gent. It’s how the Sketch-Book reads. In the opening story, Crayon describes his ocean crossing under sail as a time of continuous reverie; arrived in Liverpool, he’s solitary, a stranger in a new land, cut loose, set adrift, belonging nowhere. The one passenger nobody is there to meet.

That distance from whatever society Crayon finds himself in is everywhere in the sketches. It’s at the heart of his narration. He’s an onlooker, rootless and meditative, with a tendency towards the sentimental and nostalgic. For a flavor, here he is in Shakespeare country, seated in the parlor of the Red Horse at Stratford-on-Avon:

To a homeless man, who has no spot on this wide world which he can truly call his own, there is a momentary feeling of something like independence and territorial consequence, when, after a weary day’s travel, he kicks off his boots, thrusts his feet into slippers, and stretches himself before an inn fire. [from Stratford-on-Avon – The Sketch-Book of Geoffrey Crayon, Gent.]

The story that follows slips effortlessly into a mood of loss and passing, so far at odds with the hard-edged drive of his homeland that Geoffrey Crayon can sound distinctly un-American. And yet.

For me, it’s the character of Crayon that’s the eye-opener, this loner cut off from the mainstream, in but not of the world he moves through.

The stranger’s distance from an unaccustomed view doesn’t always lend enchantment. Those fabled English place-names, quaint manners and bizarre customs can often charm him. But Crayon is no pushover. There’s plenty he comes across that’s familiar, and he’s as allergic to an English put-on as to an American one. Here he is again – in an uncanny foretaste of Chandler’s Philp Marlowe – sticking it to the brash, fat-cat wife of a merchant high-roller:

The world went well with her; and she liked the world. She had fine clothes, a fine house, a fine carriage, fine children, every thing was fine about her: it was nothing but driving about, and visiting and feasting. Life was to her a perpetual revel; it was one long Lord Mayor’s day. [from The Country Church – The Sketch-Book of Geoffrey Crayon, Gent.]

The Sketch-Book was wildly popular on both sides of the Atlantic; especially Crayon’s hankering, dreamscape Christmas stories that came to be copied by Charles Dickens, no less.

But set aside the sketches themselves. For me, it’s the character of Crayon that’s the eye-opener, this loner cut off from the mainstream, in but not of the world he moves through. In Crayon, Washington Irving makes a new template for the first-person narrator who doesn’t belong. He’s the original un-American American, whose stories don’t have winners, where the best are the decent and disillusioned, and success is losing more slowly with the hand you’ve been dealt. Sounds familiar? Doesn’t it, though. And more than a century before The Big Sleep.

If you’ve enjoyed Inventing The American Lone, you can read other articles from Mystery Tribune’s online archive of critical essays, covering a wide range of topics within crime, mystery and thriller genre, here.

Janet Roger is an historical fiction author, writing literary crime. She trained in archaeology, history and Eng. Lit. and has a special interest in the early Cold War. She is the author of “Shamus Dust: Hard Winter, Cold War, Cool Murder”, a Chandleresque private-eye fiction, set in 1947 post-war London. Published in 2019 it won the Beverly Hills Book Award for Crime Fiction, was made Book of the Year by Fully Booked, and listed in NB Magazine’s Top Ten.