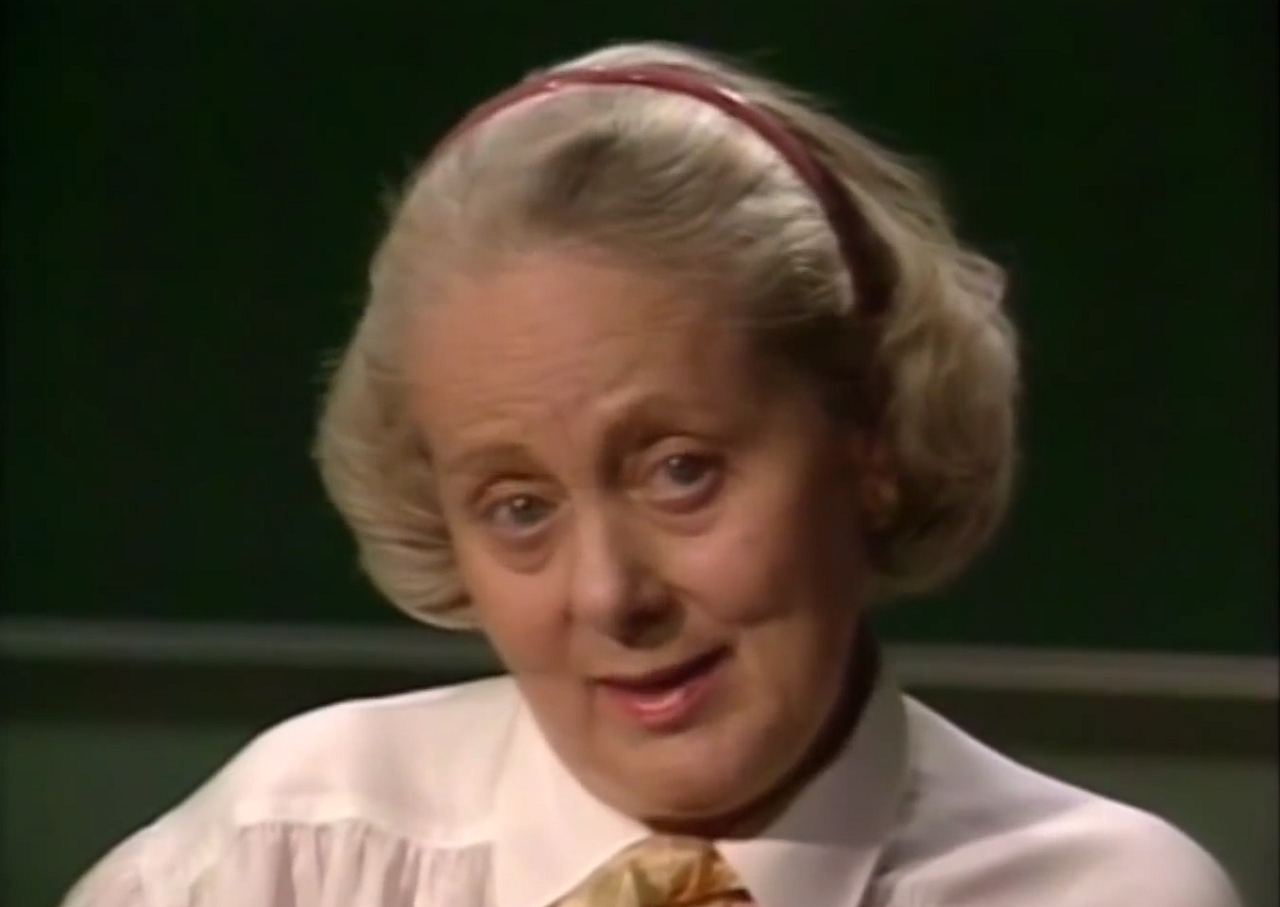 In 1982, Jean Harris, the headmistress of The Madeira School for girls in McLean, Virginia, made national news. She had shot and killed her lover, author and cardiologist Herman Tarnower, who wrote the international best-seller The Complete Scarsdale Medical Diet.

For more than a year, from her arrest on March 10, 1980, to her sentencing for second-degree murder on March 20, 1981, Jean Harris’s case was front-page news. Besides the trial and conviction however, the life of Mrs. Harris is a fascinating story of transformation from a jilted lover, to a killer and later a do-gooder in jail.

What comes next is a comprehensive look at one of the most sensational convicts in modern times and the books and movies inspired by her life.

A year later, she met Herman Tarnower who was a lifelong bachelor and they began a 14-year relationship which ended with Tarnower’s death. Though Tarnower showered Harris with gifts and exotic vacations, he had multiple relationships with other women during these years.

Harris worked as the headmistress of the Madeira School for girls in McLean, Virginia, while continuing her long-distance relationship with Tarnower. Tarnower also had relationships with other women and Harris was aware of these, as he did not hide them from Harris.

Tarnower prescribed Harris multiple medications over the course of several years. In the 1970s, Tarnower hired Lynne Tryforos, a divorcee more than thirty years his junior, to work as a secretary-receptionist at the Scarsdale Medical Center. He then began an affair with Tryforos.

In late winter 1980, Madeira students were preparing to leave for their break when some staged a “sit-in” protest that denounced the educators and headmistress of Madeira. Harris was troubled by the actions of the students. On the evening of March 9, Madeira faculty members noted she seemed despondent and distant. It was later learned that she was physically addicted to one of her prescriptions, unknowingly at the time.

On March 10, 1980, Harris made a five-hour, 264-mile drive from the Madeira School in Virginia to Herman Tarnower’s home in Purchase, New York, with a .32 caliber revolver in her possession. She later stated that she had planned to commit suicide after talking in person with Tarnower one last time. When she arrived at the house, she noticed Tryforos’ lingerie in the bedroom.

An argument ensued, and Tarnower allegedly said to her, “Jesus, Jean, you’re crazy! Get out of here!” According to Harris a struggle over the gun ensued when Harris told Tarnower she was going to kill herself. Prosecutors disputed her claim, noting that she had placed extra ammunition in her pocket before confronting Tarnower.

Harris shot Tarnower four times at close range. She later reported that she tried phoning for help from the upstairs bedroom, but that phone was not working. She left in her car to get help not knowing Tarnower’s housekeeper had already phoned the police after hearing gunshots. Harris saw police cars headed in the direction of Tarnower’s home while she was driving past.

She turned her car around and followed the police cars back to his home. She was ultimately arrested and booked for second-degree murder. She pled not guilty, insisting that the shooting was an accident in that the gun had gone off accidentally and repeatedly while Tarnower tried to wrest it away from her.

Harris was released on $80,000 bail raised by her brother and sisters and signed into the United Hospital of Port Chester for psychiatric evaluation and therapy. She then contracted the services of attorneys Joel Aurnou and Bonnie Steingart to plan her defense.

The case went to trial at the Westchester County Courthouse in White Plains, New York, on November 21, 1980 and was prosecuted by Assistant District Attorney George Bolen. The trial lasted 14 weeks, becoming one of the longest in state history.

The New York press sensationalized the trial and made Harris a household name from coast-to-coast. Harris took the stand and testified at length in her own defense, but the jury rejected her story that the shooting had been accidental and convicted her of second-degree murder after eight days of deliberations when jury foreman Russell E. Von Glahn answered “guilty” to the murder charge. With the guilty verdict, Harris was not legally eligible to inherit $220,000 Tarnower had bequeathed to her in his will.

Harris consistently maintained that she did not intentionally kill Tarnower. Joel Aurnou would later state that he encouraged his client to plead guilty to a lesser charge, but she refused. Because the defense had gone for broke in their quest for a complete acquittal, the jury was not offered the option of finding Harris guilty of manslaughter, and the mental health professionals who tested and treated Harris were not called to testify.

Judge Russell R. Leggett ordered her confined to the Bedford Hills Correctional Facility for Women in Westchester County, New York, for the minimum of 15-years-to-life.

Numerous appeals followed the conviction, but the higher courts determined that she had received a fair trial. While serving her sentence, Harris made it her mission to improve the education of fellow inmates in her facility.

She began programs in which women could work toward obtaining their GEDs or college degrees while imprisoned. She also taught a parenting class to inmates and developed the in-prison nursery for babies born to inmates.

Chief Medical Examiner-Coroner for the County of Los Angeles, Thomas Noguchi, along with ballistic and blood stainexpert, Herbert MacDonnell analyzed the case in Noguchi’s 1985 book Coroner at Large.

In the book’s chapter ‘For Love of Hy’ both men come to the conclusion that Harris was innocent of Second Degree Murder, and that Harris had engaged in a struggle for the murder weapon, a pistol, with Tarnower, who was attempting to take the pistol away from Harris Their Evidence was based upon unused police photographs, and a 1984 inspection of the murder scene which had been preserved for four years.

Eleven years after Harris’s conviction, Governor Mario Cuomo commuted the remainder of her sentence on December 29, 1992, as she was being prepped for quadruple bypass heart surgery. She was released from prison by the parole board and initially planned to live in a cabin in New Hampshire, but later moved to the Whitney Center, a retirement home in Hamden, Connecticut.

Almost 70 years old when she got out in 1993, Harris tried to live out of the limelight, despite the occasional made-for-TV movie or book about her case.

She lived a private life and dedicated herself to gardening outside her cabin on the Connecticut River in New Hampshire, writing and taking walks with her golden retriever, Lainey.

Harris died of natural causes on December 23, 2012, at an assisted-living center in New Haven, Connecticut at age 89. She was survived by her sons, David and Jimmie.

Harris’ story was told by Diana Trilling in the 1982 book Mrs. Harris and by the journalist Shana Alexander in the 1983 book Very Much a Lady: The Untold Story of Jean Harris and Dr. Herman Tarnower.

Jean Harris belonged to the last generation of Americans brought up to believe that nice girls get married. But her love affair with Dr. Herman Tarnower went on for fourteen years without a marital commitment. One night Jean Harris, the prim headmistress of an elite girls’ school, shot the famous Scarsdale Diet doctor to death.

Was she a jealous woman bent on revenge? Or the desperate victim of a Dr. Feelgood who kept her enslaved by drugs and passion? In Very Much a Lady, Shana Alexander exposes the dark truth behind the killing, the high drama of a sensational trial, and the fate of a complex woman doomed by her love and her own desire.

In Stranger in Two Worlds, Jean Harris herself traces the course of her life from her childhood and years as a working mother to her appointment as headmistress of the fashionable Madeira School and relationship with Dr. Tarnower.

Subsequently, she also wrote another book from prison titled They Always Call Us Ladies, which heds light on the lives of her fellow inmates at Bedford Hills Correctional Facility, showing who these women are, how they ended up in prison, and the treatment of women behind bars.

She also wrote Marking Time: Letters from Jean Harris to Shana Alexander, which reveals her most intimate thoughts and a harrowing picture of life in prison.

Harris’ murder trial was depicted in the 1981 made-for-television movie The People vs. Jean Harris. She was portrayed by Ellen Burstyn, who was nominated for an Emmy Award and a Golden Globe Award for the performance.

Burstyn was later nominated for another Emmy for a cameo role as one of Tarnower’s former lovers in Mrs. Harris, a 2005 movie in which Annette Bening played Jean Harris. The 2005 film, by HBO films, depicts Harris’ relationship with Tarnower from beginning to end, including the trial. Ben Kingsley starred opposite Bening as Tarnower. Bening and Kingsley received Emmy and Golden Globe nominations for the film.

The 1980 murder of Herman Tarnower and the sensational trial in the suburbs of New York City was also featured in the Season 2 of Murder Made Me Famous. Mollie Milligan played the role of Jean Harris.

In the 1997 Seinfeld episode “The Summer of George”, Raquel Welch plays herself portraying Harris in a fictional Tony Award-winning musical about the murders called Scarsdale Surprise.