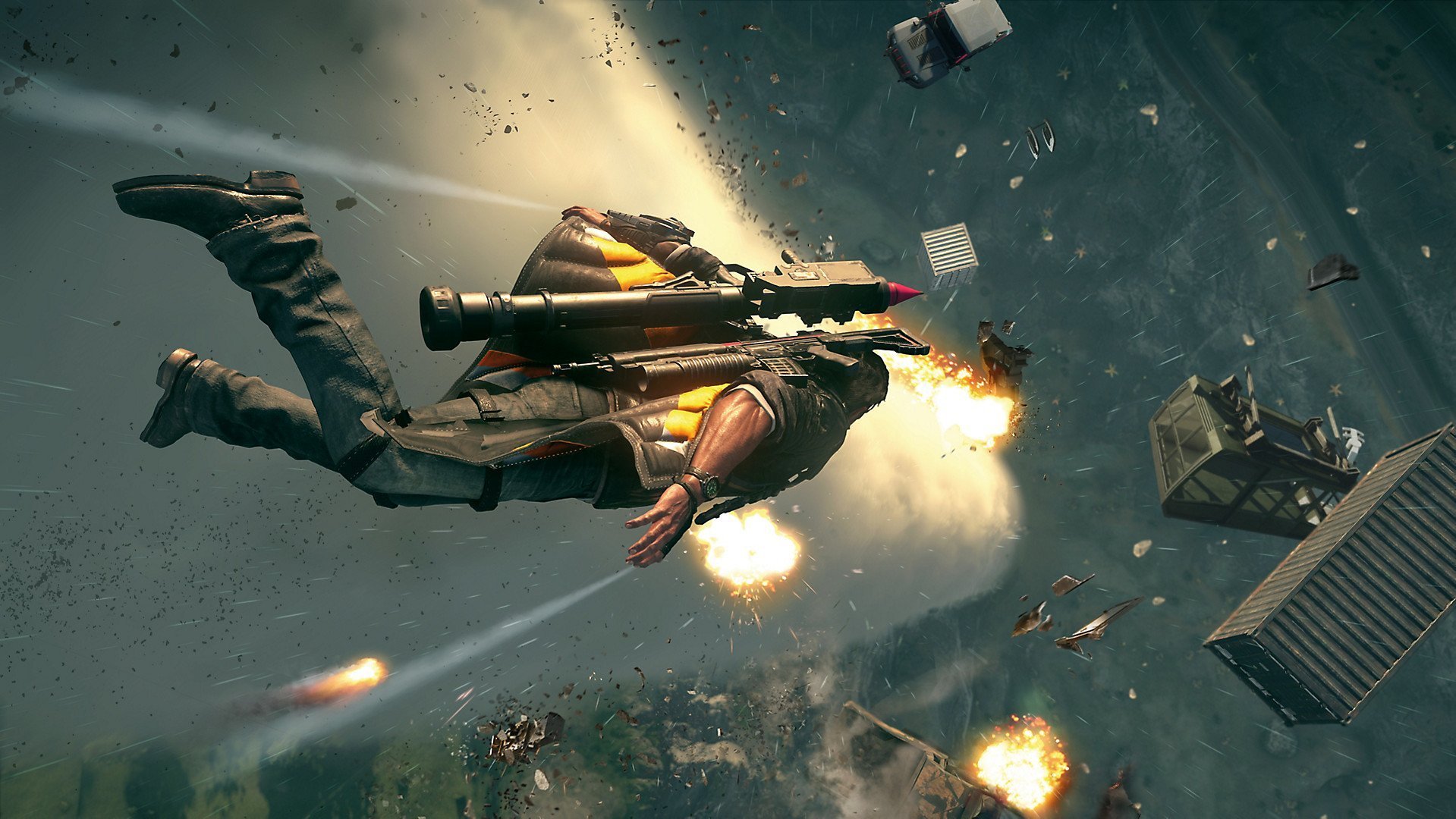 Just Cause 4 For Xbox One And PS4: An Overview

Just Cause 4 is one of those games which die-hard fans of action and thriller games on Xbox One and PS4 have been anticipating for a while. The newest installment in the Just Cause series and the sequel to 2015’s Just Cause 3, this game was released for Microsoft Windows, PlayStation 4, and Xbox One last month on December 4, 2018.

This new game is truly an action gamer’s dream: unpretentious, unhinged, and full of edge of the seat action scenes. Before we get into the 4th installment, a little background would be beneficial.

Just Cause game is set in an open world environment. It is developed by Swedish developer Avalanche Studios and was originally released for Microsoft Windows, PlayStation 2, Xbox, and Xbox 360. In the first installment, the area explored during the game is described as being over 250,000 acres in size, with 21 story missions and over 300 side missions to complete.

This new game is truly an action gamer’s dream…

As of 23 April 2009, it has sold more than one million copies. A sequel to the game developed by Avalanche Studios, published by Eidos Interactive and distributed by Square Enix, titled Just Cause 2, was released on 23 March 2010. Just Cause 3 was revealed on 11 November 2014 and released on 1 December 2015.

A recent development in the game development is its availability on new platforms: From October 2018, five weeks before the Just Cause 4 release, Just Cause was made Backwards Compatible with Xbox One, as a result making it available for the first time on the Xbox Marketplace, 12 years since its initial release. Besides Microsoft Windows, this makes it the only other platform where all the Just Cause franchise can be owned.

The main character in the series is Rico Rodriguez, an operative for an organization known as the Agency. In Just Cause 1, he is being dropped into a Caribbean tropical island called San Esperito, after being called there by his commanding officer, Tom Sheldon, to help overthrow San Esperito’s dictator, Salvador Mendoza, whom the Agency believes to be in possession of weapons of mass destruction.

After his arrival, Rico meets up with Sheldon and fellow agent Maria Kane, and they ally themselves with a guerrilla group staging a rebellion against the regime and the Rioja drug cartel, another enemy of the government. Rico assists them in their civil war against Mendoza’s corrupt officials; Black Hand mercenaries and the Montano cartel. Rico can also assist in the liberation of various territories to further destabilize the government’s rule over the island.

In Just Cause 4, the game is set in a fictional South American country called Solis, which is home to extreme weather. Rico Rodriguez takes on the Black Hand, the world’s most powerful private army run by Gabriela Morales, a newly introduced character.

The Black Hand served as a mercenary group to dictators Salvador Mendoza of Just Cause and Sebastiano Di Ravello, a character from Just Cause 3. When Rico is shown evidence that his late father was working with The Black Hand, he plunges into the South American nation of Solís, the homeland of the Black Hand in search of answers.

Rico Rodriguez is approached by a Solís native, Mira Morales, who convinces him to come to Solís to uncover the truth about Project Illapa, a project aimed at creating weather cores able to control the weather and generate storms, and one which Rico’s father, Miguel Rodriguez, had a part in creating. The project is run by the incumbent Solís leader, Oscar Espinosa, who maintains tight control over the people of Solis.

After a failed attempt at deposing Espinosa, and a run-in with his private army, the Black Hand, led by Gabriela Morales, Rico forms an army of his own with Mira, named the ‘Army of Chaos’, aimed at taking down Project Illapa and ending Espinosa’s regime. Along the way, he meets up with Luis Sargento, an eager commander of the Army of Chaos, Izzy, a hacker, Garland King, a filmmaker obsessed with filming stunts in Solís, and Javi Huerta, an archeologist wishing to uncover the history behind Solís and the Espinosa legacy.

As Rico sets out to destroy the four prototype weather cores being tested in Solís, he also meets up with Lanza Morales, Mira’s uncle and a scientist who worked on Project Illapa, César, a former pilot turned conspiracy theorist, and Tom Sheldon, Rico’s old handler at the Agency.

Deep Dive: What You Can Expect

The developers at Avalanche Studios have certainly pushed the limits ofsandbox games, combining unlimited freedom with a fully customizable tool-set. Additionally, they have dialed up the action to eleven.

Inspired by countries like Peru, Bolivia, and Argentina, Solis features many unique environments and places to discove, from lush rain forests to mysterious caves, dense cities and hidden temples. 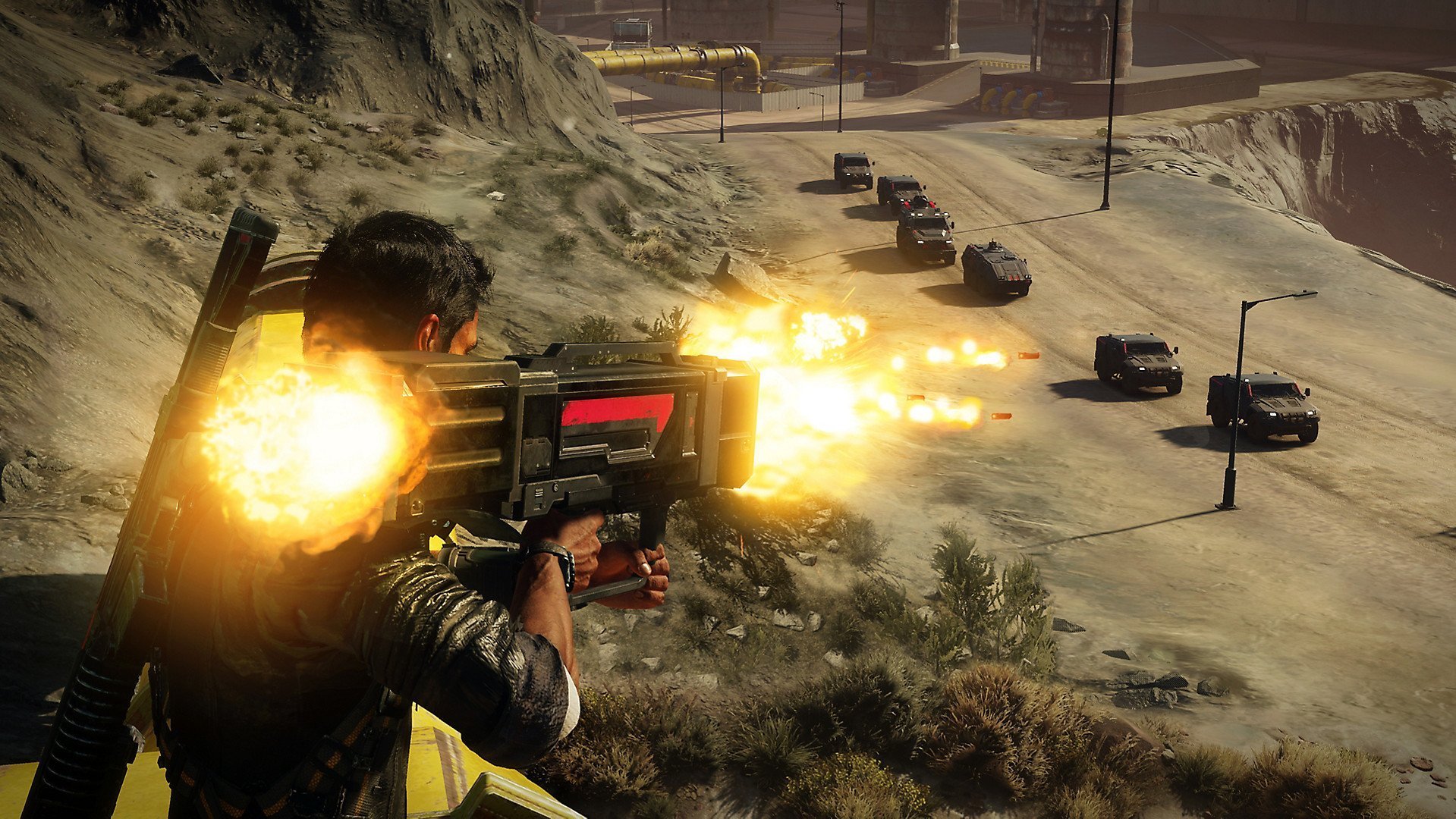 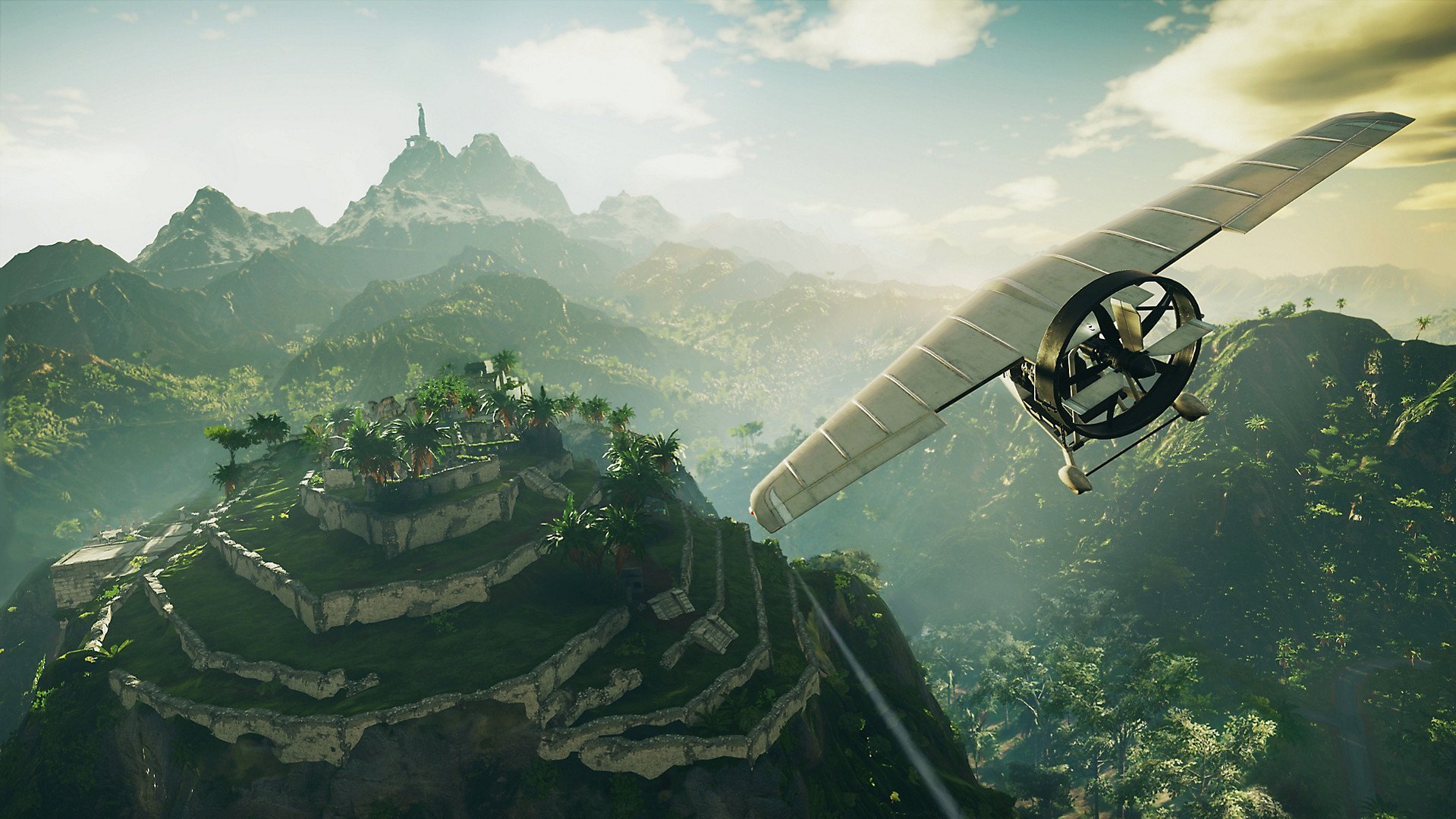 There are many cars to experiment with and the environment is populated with iconic landmarks, a variety of animals, and incredible vistas which makes the story more absorbing. Solis is frequently disrupted by extreme seemingly natural incidents.

Whether these incidents are truly the work of mother nature is something that Rico investigates throughout the game.

The biggest problem with Just Cause 4, as some critics have also noted, is that the missions are predictable and repetitive. Each installation feels like one of those Lego sets, in which the same pieces can be used to make a truck or a boat or a plane. Familiar elements are rearranged in slightly altered patterns.

This predictability, along with the fact that the story is video-game standard are things which can be improved in the next release. Beyond that, you are looking at a solid thriller game.