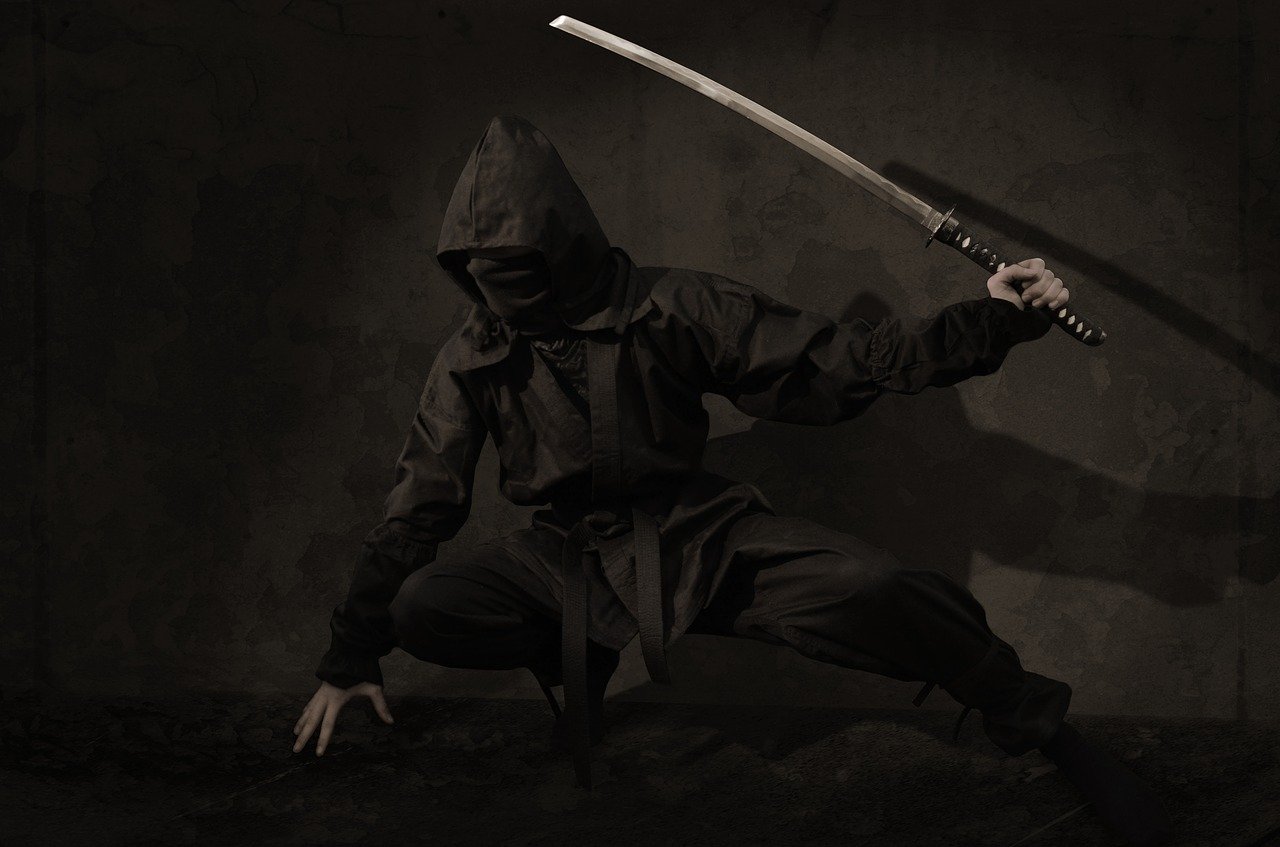 Kunoichi: A Closer Look At The Female Ninja Spies of Old Japan

So what’s the deal with Kunoichi? For the last 40 years, we all know “Ninja” as well known figures from martial arts films or comic books. When someone brings up the word “Ninja”, the first thing that comes to mind are black-masked men with swords who appear out of nowhere and are good with martial arts.

However, not all ninja warriors are male. Kunoichi is the name which is used in modern day Japan to refer to female ninja.

It is important to note that female ninjas are not a myth and they did exist in the old times. Their appearance can be found in the esoteric writing about Ninja called ” Bansen-shukai (萬川集海) ” , written in Edo-period (between 1603 and 1868).

In Japanese, ” Kunoichi ” means “nine plus one “. The interpretation of this phrase is that, a woman biologically has “ten” = “nine plus one” holes in her body comparing with a man who has nine holes in his body like eyes, ears, a mouth. This is, however, only one of the interpretations of what the origin of the word is. According to the historical records, Kunoichis rarely participated in fights and they were mostly conducting surveillance or quiet assassinations. A typical assignment for them was to be maids of their enemies as from the casual conversations with other maids or servants, they could pick up secrets information.

Additionally, Kunoichis sometimes slepts with their enemies and tried to soften the subject to find out more details on their secrets. In a nutshell, sex was one of the key weapons of choice for Kunoichis.

The Weapons Used By Kunoichi

Having said that, like their male counterparts, kunoichi spies were trained with a variety of weapons. This included claw-like finger extensions known as neko-te. These “cat claws” would be stabbed into a target’s neck and would sometimes be dipped in venom before use. Tessen, metal bladed folding fans, were also in use as they can be a “weapon hid in plain sight”. Everyone carried around Tessens in the era so nobody suspected them to be a weapon. Kunoichi also used vials of poison on a target’s alcohol, which would result in quick consumption and potency.

When a kunoichi was discovered or harmed, screaming while shedding their kimono before running away would allow discomfort and confusion in the target while misdirecting attention.

Mochizuki Chiyome is quite possibly the most famous kunoichi (female ninja) in Japan’s history. She was a noblewoman, and the wife of samurai warlord Mochizuki Nobumasa. There were also rumors that she was originally from the Koga ninja clan. Sometime during the 16th century, her husband was away at war. Chiyome lived in the care of her husband’s uncle, famed daimyo Takeda Shingen. Shingen approached Chiyome and gave her a mission to recruit women and train them as an underground network of female espionage operatives.

Chiyome set up headquarters at Nazu village in the Shinshu region and recruited up to 300 young women. They were mostly orphans, former prostitutes, and war victims. Most locals believed that Chiyome was running an unofficial orphanage for victimized girls. Chiyome was in truth training them to be part of her elaborate espionage network. They trained to utilize disguises such as miko (Shinto shrine priestess), prostitutes, or geisha for purposes of espionage or assassination, Chiyome’s kunoichi network served Shingen for years until his mysterious death in 1573.

Today, the term Kunoichi is virtually unknown in the western world. Westerners might not recognize an assassin in a casual female dress, but in old Japan, a wise man knew the danger of a Kunoichi. A dagger or poisoned cat-claws of a female warrior can be even deadlier than a sword of a ninja.