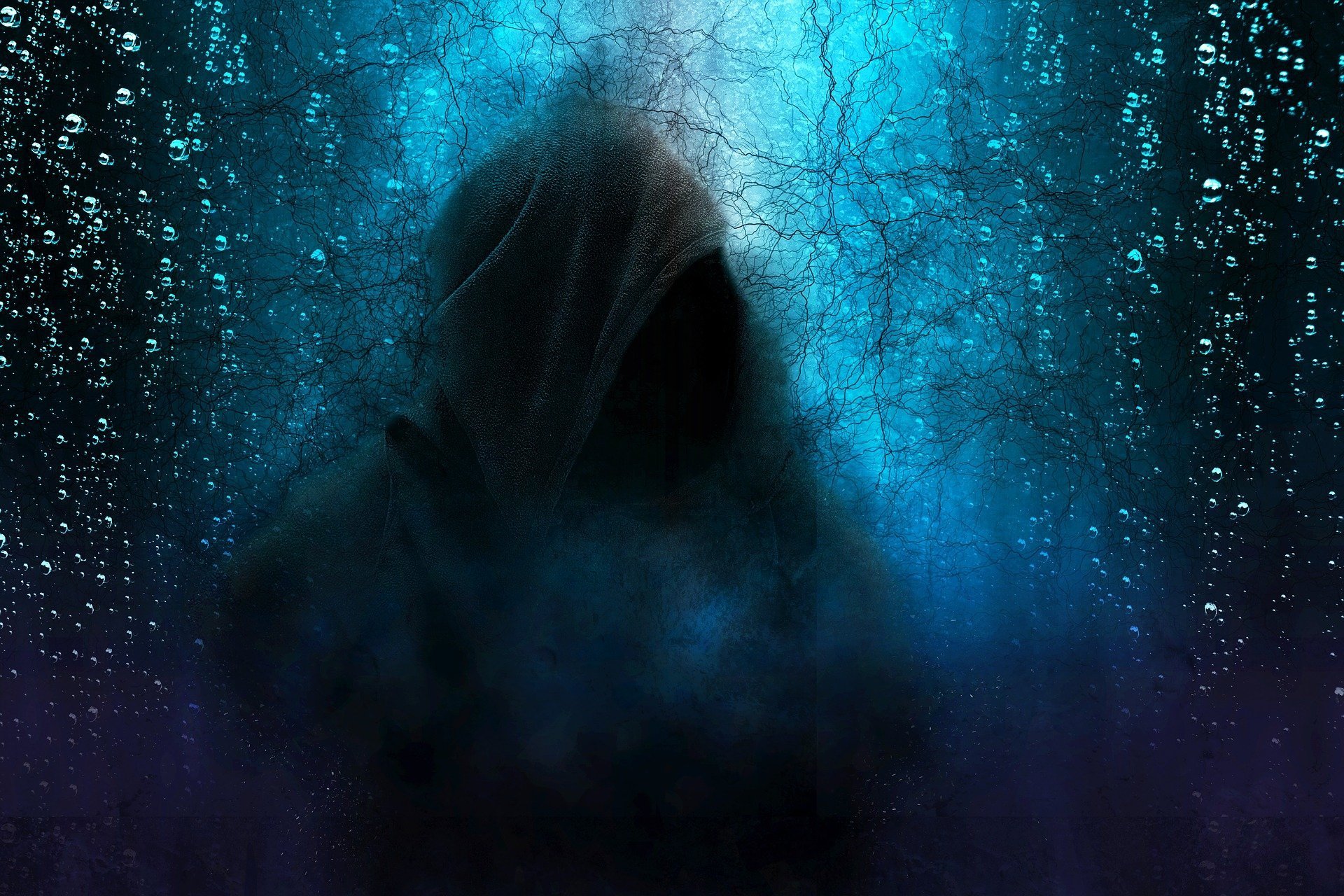 “Everyone has a ghost; mine lives in the garage.”

That’s what I told the neighbors when they heard me talking to him. He never answered, but he was always there, lurking, following, watching.

He was, in a sense, a shadow, grey and hanging in the darkness. He had no mouth or eyes that I could discern. He was just a figure of a man.

I saw him only a few times before he took residence in my garage. On one occasion, as a child, I had returned home from the hospital after nearly succumbing to pneumonia. I was resting in bed when I caught a glimpse of him as my mother opened the closet door to retrieve a board game. He shrank to the other side of the closet and curled into the corner.

Another time, later in life, I saw him while I was recovering from a brain hemorrhage following a slip on black ice. I lived at the time in a large old house converted into individual apartments. My room had a crawl space in the eve of the roofline. As I opened the crawl-space door to get a blanket, I saw a flash of an arm and a crouching leg. When my eyes adjusted to the darkness, I spotted him nestling into the far corner of the eve.

He surfaced a few other times, popping up here and there after other close calls, peering from dark corners, idling in evening shadows where thugs might wait. But he never bothered me. Not once.

Even after meeting my wife, and moving several times to different homes, he followed. But, considering I was now married and with a family, he had to give me room. He retracted to the garage, where he waited.

I’d see him in the morning, sometimes by the coat rack in the corner of the garage. He’d stand with his head positioned behind a broad-brimmed hat on the top rack and his body in line with a hanging jacket, giving the appearance he was wearing the items. A blink of the eye, however, and he was gone.

Usually, he just lingered around my car. I would see him in the side-view mirror slide from underneath the car when I started it up. I’d adjust the mirror to get a better look, only to catch him creep away to a resting place behind boxes or my workbench.

I’d see him in the morning, sometimes by the coat rack in the corner of the garage. He’d stand with his head positioned behind a broad-brimmed hat on the top rack…

Other times, he would stand by the passenger-side door, as if he wanted to join me for my ride to work.

Then one day he did.

I unlocked the door, he slid in and sat in the passenger seat. He was just as I remembered him from the other times—a grey form resembling a human shape. He did not appear solid, and I didn’t want to be rude by touching him to find out.

I pulled out of my garage and drove down the street.

I said, “What have you wanted with me all these years?”

He didn’t answer. I took another look at him out of the corner of my eye. No mouth, I thought, maybe that’s why he’s not responding.

As we drove, his arms came toward me, slowly, in a nonthreatening manner. It seemed he was going to palm my face or dab the corner of my mouth to clean it, as a loving mother would do.

Instead, he put his hands around my throat and seemed to whisper something, but I could not hear him over the screeching tires and buckling metal. Then all I heard was deafening silence.

When our mangled and torn mass of steel came to a rest I tried to say, “Man in the Garage, are you here?” but my lips wouldn’t move.

When I woke, I was in a blue-blanketed bed with stark white sheets, framed by chrome rails. An IV was in my arm, and fluorescent light cascaded down upon me.

Man in the Garage stood next to my bed, one hand holding my wrist, and the other holding the needle as if he was about to disconnect it.

He paused when footsteps and chatter approached in the hallway. Man in the Garage turned his head toward the noise and removed his hands from me, my arm flopping to the side of the bed. He stepped back as the sounds grew louder.

Before the footsteps entered my room, a woman said, “This one’s going to be okay.”

Man in the Garage turned back to me. He lingered long enough for me to sense what I could not see, a creased brow and saddened eyes on his featureless face. Then he shrunk into a tiny ball in the corner, watching, waiting, for the right time.