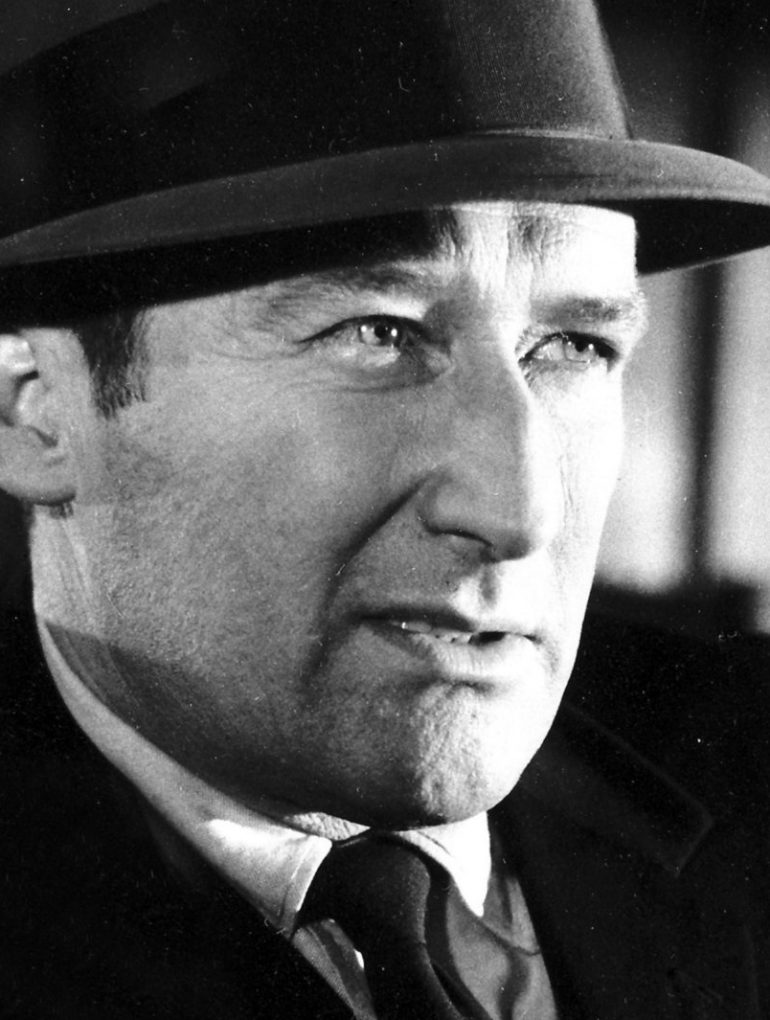 Mickey Spillane and Four of His Hilarious Miller Lite Commercials

Although Mickey Spillane took a break from writing his pocket gangster books in the 1970s and 80s, he didn’t disappear from public eye. He took an eighteen-year run as a spokesman for Miller Lite Beer and reportedly did more than 100 commercials for the company.

Often portraying himself and dressed as a trenchcoated persona. he was spoofing both himself and his fiction featuring hardboiled detective Mike Hammer. Watching his Miller Lite commercials are for sure nostalgic: That’s why we’ve put together a collection of four of his more popular ones for you to view.

To attract ‘Joe Sixpack’ to a light beer, these commercials started to feature both elite ex-athletes such as Ray Nitschke, Ben Davidson, and Bubba Smith but also cultural figures such as Mickey Spillane (accompanied by a blonde, Lee Meredith, who is better known for her role as Ulla, the secretary in The Producers), and comedian Rodney Dangerfield.

This last pick is one of those videos which features both Spillane and comedian Rodney Dangerfield. Although Spillane Miller Lite commercials were extremely popular, they also had their own share of controversy. In 1984, The Ledger reported that Miller Brewing Company had received complaints about actress Lee Meredith who played Mickey Spillane’s d”doll” in the commercials arguing her role was demeaning to women. Meredith shot back by saying: “In the commercials we are making fun of ourselves and the characters. They (the producers) did that on purpose – not to put down women. I am not what you call a seductress. I think most of them (women) realize I’m not trying to put women down.” She went on to add that those who criticized the commercials “don’t have a sense of humor.”