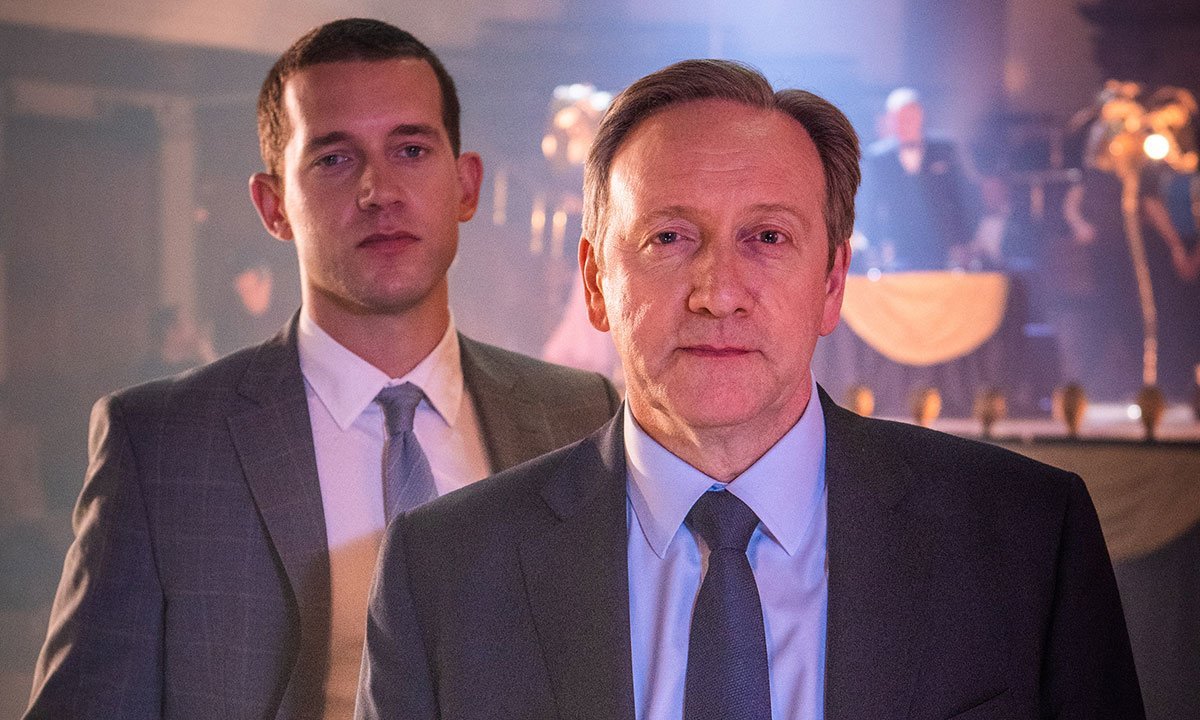 Midsomer Murders “Series Finale”: Finally An Explanation for all Those Murders

In Midsomer Murders: Ep. 100.4: “Series Finale”, Stuart H. Kenny provides his take on how the popular TV series could end. Mystery Tribune has previously published “Hostage Crisis At The Shop’n’Fil” by Mr. Kenny.

DCI Barnaby looked down at the body and then at me. “Everyone else is dead or in jail. So, I’m going to guess you’re the murderer.”

I was the only person left in Midsomer County, the last survivor of a freak series of murders lasting a century. I’m not sure why I was still here. I guess I was still hoping my ceramic cat boutique would catch on, though the lack of any remaining customers made success unlikely. Maybe I just wanted to see what happened next.

I shivered in my pajamas and slippers. The cool night was not the place for a someone nearing retirement who just wanted a cup of tea.

The man at our feet had been bludgeoned to death by some kind of ceramic figure and had written “cat” enigmatically in blood on the driveway.

“I had no reason. I hardly knew him.”

“You were the only two at the village fete, and I judged his jam to be better than yours. You were the only ones in the cricket match, and you accused him of chucking the ball. You were on opposite sides of the march for faster garbage pickup, and you hit him with your ‘Speed It Up, Sanitation!’ sign. You hated him. And now, you killed him.”

“Yes, I hated him, but I had nothing to do with his murder.”

“Don’t make this harder than it has to be. Shall I arrest you, or do you want to confess?”

I said, “There’s another possibility. Someone else attended all those events.” I didn’t have any concrete evidence, but I’d been putting things together for awhile, and I was sure.

“Who? As I’ve said, everyone in Midsomer County is dead—murdered. Who are you talking about?”

He smiled, and then laughed. “Oh, now you’re pulling the greatest Christie cliché out of the bag—the policeman is the murderer.”

“Christie clichés turn out to be true sometimes,” Barnaby said as he pulled out his gun. “And then there were none.”

“The downside of being right is that I’m going to kill you now.”

“Oh. I guess I didn’t think things through.”

“And that means before I kill you, I get to explain everything.”

“Or you could just kill me.”

“No, I’m going to make this as painful as possible. I’m going to reveal something to you which should have been clear from the start of everything in Badger’s Drift. Why do you suppose so many people get murdered in Midsomer County?”

“I thought it might be something in the water.”

“You never sensed a plan? A greater mind at work? Did you not ever suspect that all these murders were the work of the single greatest serial killer ever?”

“Yes. I worked on my plan for several years, and then I made sure I’d be assigned here. It seemed the perfect out-of-the-way place to murder as many people as possible. But instead of simple murder, I wanted to make each of them to be like a TV episode with weapons, suspects, motives. I wanted it to seem like I was a detective when, in fact, I was a showrunner.”

“So—you were behind all the murders in Midsomer County.”

“Yes. Of course, I had to come back in disguise a couple of times to keep things going.”

“Having just one killer for all the murders makes a lot more sense than the contrived, convoluted explanations we heard over the years.”

“I did the best I could!” he said, swinging the gun wildly. “When all you have to work with are inexperienced fresh faces working their way up or mediocre never-quite-made-its looking for one more chance at the spotlight on their way out, you have to make compromises. Lately, there have been so many seasons, that I feel I’m starting to repeat myself. It’s getting harder to write stories which make sense, so I’ve decided to bring it to an end. Show’s over. Series Finale. Which, unfortunately for you, is going to be titled ‘Death of a Sad Little Man.’”

Barnaby aimed the gun. “I can barely wait to see the ratings. They’ll be through the roof.”

A shot rang out.

Barnaby collapsed, a red stain covering his heart. Soon, he was dead.

I looked to see where the shot came from. “Jessica Fletcher!” I was surprised, but then, who else could it be? Who else could have solved this case?

“I couldn’t let him get away with this,” said the seemingly frail older woman in a cardigan and sensible heels. “I caught a flight from Cabot Cove. It looks like I made it just in time.”

“You did! Thanks for saving me!”

“Saving you?” she said as she smiled and raised her gun. “I’m here to protect my record. Barnaby and I were tied for victims. Now, I’ll be one ahead.”

She pulled the trigger.