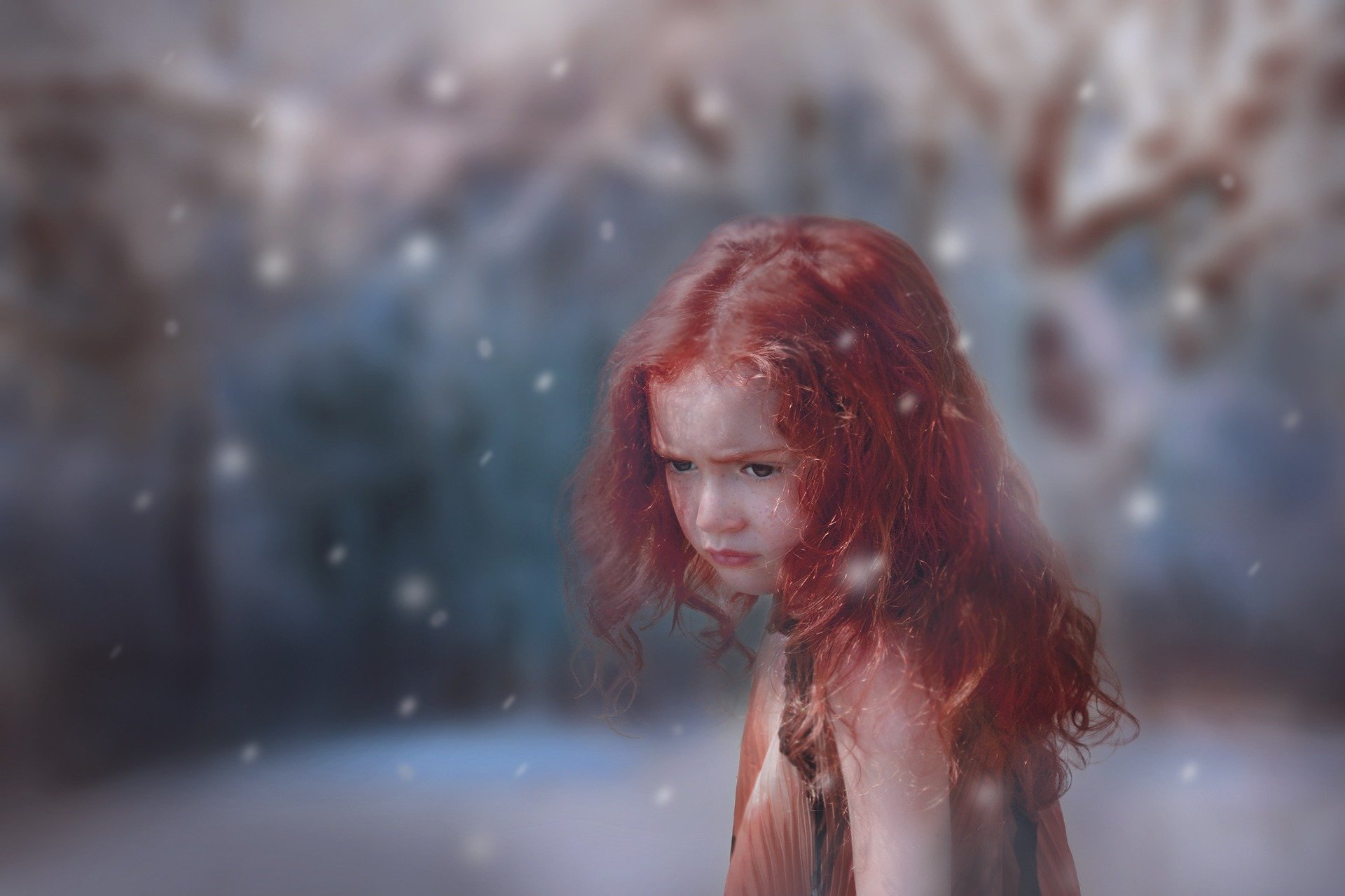 Daniel Ginsberg, author of horror flash fiction “Molly”, has previously published fiction and screenplays featured at The Vail Film Festival and Fatherly Magazine among others.

Molly Stewart was the storybook vision of the perfect angelic English child: bright blue eyes, rosy apple cheeks and cascading auburn curls. At five years of age, she was the pride of her parents and the envy of their, as yet, childless friends.

The Stewarts were an average upper middle class London family, who reside in their moderately posh three bedroom flat on the north edge of Eaton Square. They considered themselves fortunate to have bought in just before the market made it all but unaffordable and with a resident’s access to the adjacent park, became known to many of the locals, most of whom were quite above them financially, as hardworking reputable neighbors.

As the owner and manager of a thriving hardware business that he bought into with a small family inheritance gained after the death of his father, Mr. Stewart often worked past eight o’clock in the evening and spent little time during the week with Molly. Mrs. Stewart, an attractive soft spoken woman, taught at a nearby elementary school often bringing home grading and curriculum planning that occupied much of her evenings.

The Stewarts were an average upper middle class London family, who reside in their moderately posh three bedroom flat on the north edge of Eaton Square.

Molly walked to and from school each day with her mother, regaling her with an accounting of what she’d done that day or stories and adventures she’d seen on the television. Little Molly, being a precocious child, would, more often than not, keep to herself during school recess time. When the other children were playing in groups or running in every which direction, she preferred to stand aside and observe their activities. She felt quite complete staying within her own thoughts.

Her bedroom too was her place of sanctuary and she did well occupying herself after school and in the evenings what with television and a bedroom packed with all manner of enriching opportunities. She played quietly and for her age, maintained a neat and tidy room that often gained her praise from her adoring parents.

She fed and watered her pet mice, Bubble and Squeak each evening, was read to before bed, never going to sleep without a tender moment from both mummy and daddy. Her joyful and level demeanor gave no obvious clues or forewarning of deeper waters.

Squeak, the older of her two mice, was a grayish, off-white little fellow with bright red eyes and was now about two years old, which is fairly old for a little mouse in the wild but not uncommon for a pet who lived in the safety of a fish tank filled with clean pine shavings and plenty of food and water.

Bubble, so named for the round dark circles on his rump was a replacement for another that had died suddenly sometime a little over a year ago. Bubble was always busy shredding the remains of a cardboard tube from a roll of toilet tissue, while Squeak, the more active of the two, busied himself digging and looking for ways to escape. All in all, a happy environment for the two little guys.

It was one lovely cloudless spring day when Molly, recently returned from school, was in her room coloring when she became distracted by Squeak’s persistent activity. She watched him for some time before reaching into a desk drawer retrieving a foot or so length of cotton string onto which she deftly tied a slip knot as she’d seen her father do many times before when he tied up parcels at his store.

Removing Squeak from the tank, she placed the string around his tiny neck, being careful not to make it too tight, then walked him about the desk as if he were a puppy on a walk in the park. She turned him this way and that but tired of Squeak’s halting response to her guidance and, after a brief moment, lifted Squeak up by the cord. Because he was so light and agile, he was able to swing himself on the cord and climb to her hand which brought a smile to her cherubic face.

It was one lovely cloudless spring day when Molly, recently returned from school, was in her room coloring when she became distracted by Squeak’s persistent activity.

With Squeak, now in her hand, she removed the cord from about his neck, turned him this way and that so she could see his face and his bright red eyes and as she gently stroked his head, she began to squeeze him so that he could not take the slightest breath. Holding him close so as to see him all the better, she examined him closely and smiled her sweet little smile as Squeak’s now bulging eyes, began to show distress. Still, she did not release her grip.

When he gave no more resistance and his eyes grew still and blank, she released her grip, smoothed out his fur and returned him to the safety of the fish tank before calling for her mother.

“Mummy… mummy come here,” she called out in a tone that was sure to make her mother come quickly and, as her mother entered the room she exclaimed, “Mummy, something is wrong with Squeak, he’s not playing anymore.”

She looked up at her mother with tears welling in her little eyes.

Mrs. Stewart looked at Squeak through the glass, removed the mesh from the top of the tank and, using a tissue, lifted the lifeless Squeak out.

“Oh my dear, he must have just passed on… he’s still quite warm,” she said in her most consoling voice as she took her daughter in her free arm to comfort her.

“You must understand that everything that is alive must eventually die.”

“Yes my dear… even people must eventually pass on.”

“Even you and daddy?” she asked.

And, as her mother held her ever so comfortingly, Molly’s bright little eyes considered the many possibilities.