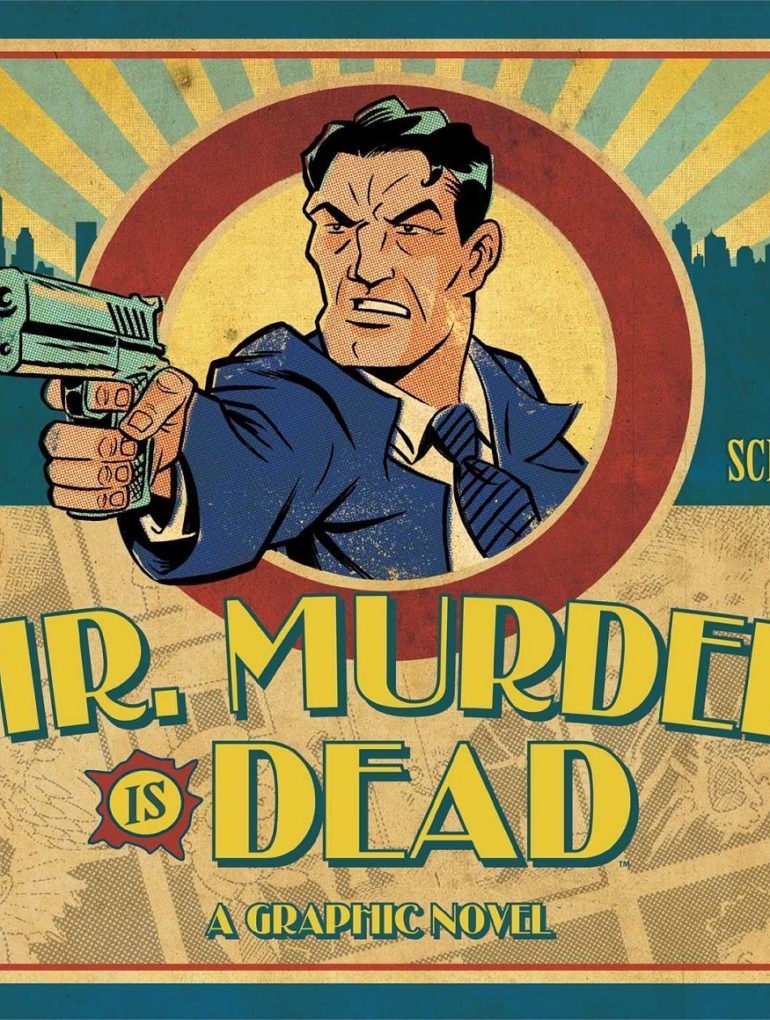 Mr. Murder Is Dead is one of those graphic novels which reminds us all why we love noir genre:  It’s that twisted little corner of fiction where men solved their problems with whiskey and fists, while women understood that good girls go to heaven, but bad girls get to go everywhere.

As comics legend Jeph Loeb rightly puts it, “In this unique world, writers such as Dashiell Hammett and Raymond Chandler usually spring to mind, but there are those of us who also credit Bob Kane and Chester Gould as driving forces in the streets of the hardboiled. After all, the creators of Batman and Dick Tracy certainly deserve their stool at the bar along Sam Spade and Phillip Marlowe.”

Mr. Murder Is Dead is a graphic novel of same kind and belongs to the same bookshelf where one keeps a Maltese Falcon.

The book is the first graphic novel from Victor Quinaz and Brent Schoonover and is much more than a classic whodunit.

Gould Kane, the hero cop known as The Spook, to finally kill his greatest enemy? Will he get away with it? And what terrible secret was Murder trying to reveal with his dying breath? The story alternately follows an aging, grizzled Gould Kane, a hero cop who was known as The Spook when was part of the force. The story starts when Spook’s greatest enemy from his past cop life, aka Mr. Murder, is found dead.

Kane and retired police Captain Chung both start to investigate different facets of Murder’s death. Chung can feel that Kane did it, and sets to figure out how and why, after so many years, he would choose to do it now. 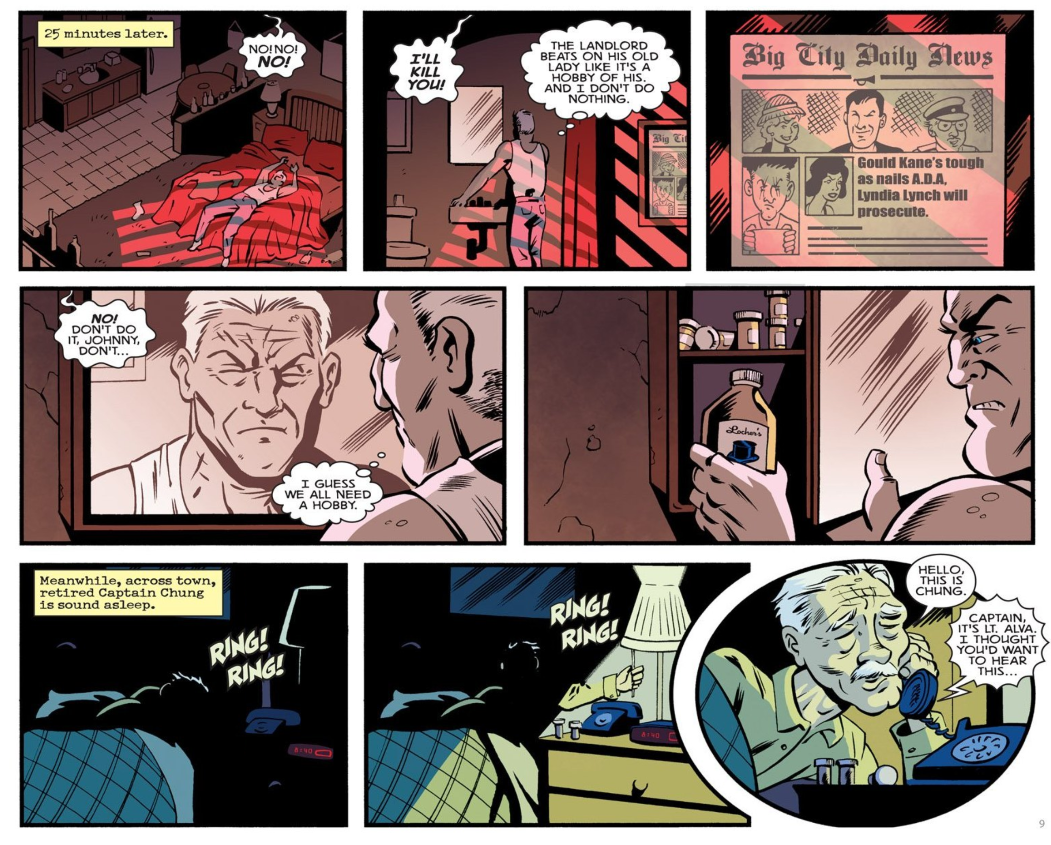 Kane, on the other hand, is more interested in figuring out why Murder died where he did. It was Kane who shot Murder, but in an alley – so why did Murder struggle his way into a theater full of people and die on-stage? The answer ultimately leads Kane to a hidden truth about Mr. Murder that has been right under Kane’s nose since their very first encounter.

Reading through this well-crafted story, an avid nor fan wants more from Quinaz and Brent Schoonover.

Victor Quinaz’s story is engrossing and thrilling. It’s a very mature story. The characters are old school, humanly, emotional and imperfect. Each one of them has its own unique and peculiar personality.

Throughout the plot, it is very interesting to try to understand the psychological baggage of Spook and how age had affected everyone involved in the story. Author’s sense of humor and sarcasm is a plus too.

Reading through this well-crafted story, an avid nor fan wants more from Quinaz and Brent Schoonover, and with a little luck, we will see another episode in the life of Spook sometime in the future.