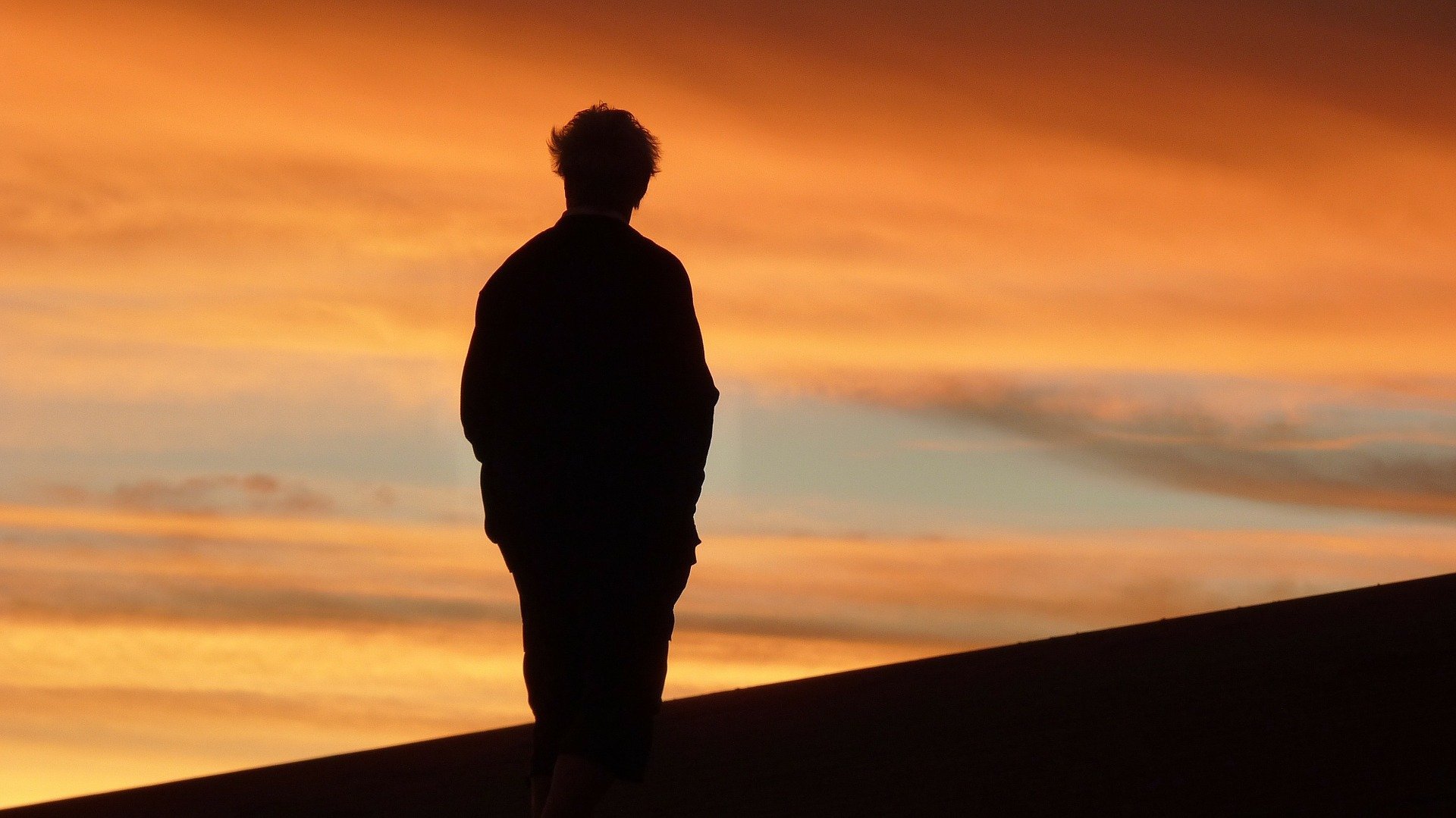 Must Read Flash Fiction: Only The Words Remain By Billy Song

Billy Song is a writer and filmmaker currently living in San Francisco, CA. His writings usually explore human consciousness through speculative and genre fiction. He is also known for his film editing work on Inside Amy Schumer (2013), Thingstarter (2016) and The Capitalist (2008).

I’ve got one: a detective who’s blind in his mind’s eye. It’s a real condition, aphantasia: the inability to voluntarily visualize imagery. We all have it to some degree. Some forms of it are extreme—total absence of imagined sight, sound, taste, touch and smell. That’s our man’s situation.

See him driving, his partner in the passenger seat, through rain so thick it mutes everything but the pinprick scatter of taillights. Our man doesn’t care much for descriptions like this. He would read those words and extract: detectives, driving.

While the Partner tries to expunge details of the crime scene—the voided bowels, the grisly slush, the insects—by turning to social media, shopping and pornography, our man just drives.

Later, when they get the medical examiner’s report, read about how blunt force trauma drove bone fragments into the victim’s cranium, resulting in radiating fractures, our man won’t paint any kind of picture. His partner, like most people, will feel a shudder.

Our vic: the Therapist. Best-selling author blending Buddhism with western psychology. A former addict, who got enlightened, accredited and began treating other addicts.

Who bashed in this bodhisattva’s brains?

At the treatment center founded by the Therapist, they question the Clinical Director, who, even beneath the veneer of spiritual placidity, is clearly grieving.

Yes, our man can read people. No, he isn’t autistic. He understands emotions and intentions fine, his theory of mind as sharp as anyone’s. Sharper maybe, since he isn’t a) replaying imagery b) distracted by television jingles c) lusting after the tastes, smells, feeling of things not immediately present.

The Clinical Director gives what will be an oft-repeated sentiment: the Therapist was loved by all.

Yes, our man can read people. No, he isn’t autistic.

Our detectives canvass the community, sit in on a daily sobriety meeting, where addicts-in-recovery read pages from the Therapist’s memoir and how-to, like the Big Book in AA, but Buddhist-flavored.

Let’s avoid the obvious: our man doesn’t have crazy mentalist abilities. He’s not some investigative superhero or crime scene savant. True, he’s organized—like Japanese-roommate organized. Because he has no visual memory, he has to rely on lists, written and memorized. It’s not clear what, if anything, makes him such a great detective.

Sometimes, after he tells people about his condition, they feel a swell of pity, like maybe he isn’t all there. But that’s just the thing: he’s always there.

They question one of the Therapist’s patients, the Ex-Con—a self-tamed beast, who wears a braided leather necklace that terminates in a colossal, eight-spoked wheel of dharma. He’s an addict, he admits, a hungry ghost, but so is everybody.

He isn’t our perp, but it’s a nice scene, the three men—former addict, pending addict (the Partner), and our man, who’s never been addicted to anything.

As he continues the investigation, our man repeats to himself—in an affectless inner monologue—all relevant details using short, simple words. The robot voice is the only thing spared him by the 109-degree fever at the age of seven, which otherwise robbed him of all sensory imagination.

The bulk of detective work is thankless bookkeeping. See our man pushing paper at HQ. The best part of his day is when he goes down to Forensics. He’s got a crush on the Ballistics Expert. That he’s visiting her even though the murder weapon was a blunt instrument makes this obvious. The Ballistics Expert digs our man because he seems to have no mask, unlike the lab techs and detectives who slink around wearing their tics and TV affectations.

As he continues the investigation, our man repeats to himself—in an affectless inner monologue—all relevant details using short, simple words.

They question the Stepdaughter—sixteen, distractingly pretty (to the Partner, who later, while having sex with his wife, will conjure the Stepdaughter’s features in order to climax). She’s picking up surplus produce from around the city, which she’ll bring to a kitchen where she cooks for the homeless. It’s also her alibi. She sings the same the-Therapist-was-loved-by-all refrain.

Our man can tell she’s lying about something. He’s good at speech patterns. I can’t explain why this should be exactly, but his condition makes him highly sensitive to changes, especially auditory ones. His technique: ask a series of easy-to-answer questions in quick succession, then lob in the relevant one: “do you know why anyone would want to hurt your stepfather?”

There’s unconvincing praise for the Therapist. And his speech—subtle shifts in timbre, rhythm, choice of words—gives our man an inkling.

Digital forensics turns that inkling into reasonable suspicion: seventeen calls by the Meal Organizer to the Stepdaughter on the night of the murder.

Our man accepts an invitation from an irritatingly serene Buddhist to attend a guided meditation.

Grand scheme outline: the Therapist abused the Stepdaughter, who, fearing that a call-out would harm the integrity of the community and risk the sobriety of countless addicts helped by Therapist, the inner-peace of the sexual violence survivors helped by the Wife, enlists Meal Organizer to kill Therapist, thus sparing the Therapist’s reputation, thus preserving everyone’s stakes.

If you meet the Buddha on the road, kill him, lest he be exposed as a sexual predator.

Our man accepts an invitation from an irritatingly serene Buddhist to attend a guided meditation. He’s got zero interest in meditation. But it makes the perfect date for him and the Ballistics Expert, who doesn’t drink and is bored witless by Tinder scenarios.

Meditation instructions are as follows: simply note whatever arises in your awareness, using short, simple words (thought, itch, pain, sound, image) to label your experience. The words create distance. The words capture something that is already gone.