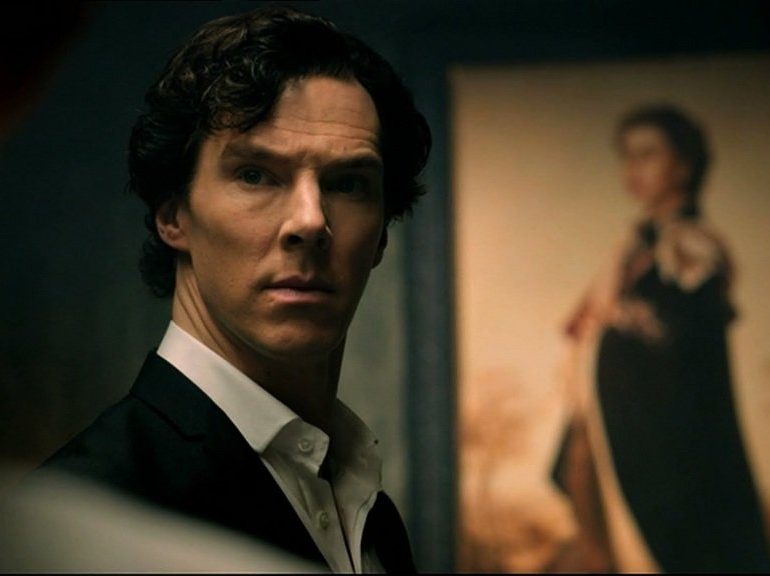 Every year the Baker Street Irregulars and other fans of the Great Detective descend on New York City to celebrate his birthday and this year is no different! Mysterious Bookshop, therefore, has organized a Sherlock Holmes Open House on Friday, January 6th, 11:00 am – 5:00 pm where mystery fans can stop by to peruse the world’s largest collection of Sherlock Holmes-related material.

This year, they have a special offer going on: Readers can purchase six or more Holmesian titles in-store and receive a 20% discount. We are planning to check out the event ourselves. Among the nice titles in stock that we have read before the following are noteworthy reads:

: Sir Arthur Conan Doyle’s timeless creation returns in a new series of handsomely designed, long out-of-print detective stories. From the earliest days of Holmes’ career to his astonishing encounters with Martian invaders, the Further Adventures series encapsulates the most varied and thrilling cases of the worlds’ greatest detective.

Sherlock Holmes’ desire for a peaceful life in the Sussex countryside is dashed when true-life muckraker and author David Graham Phillips is assassinated, leaving behind little clues as to why he was murdered. The pleas of his sister draws Holmes and Watson to the far side of the Atlantic, where a web of deceit, violence and intrigue unravels as they embark on one of their most challenging cases.

Art in the Blood

: It’s 1888. A perfumed letter featuring a doubly encoded message arrives at 221B Baker street London, a snowy December, 1888. A disastrous Ripper investigation has left 35-year-old Sherlock Holmes in a deep depression and back on cocaine. The newly married Watson is summoned urgently to 221B to rouse his friend. Nothing works until the arrival of an intriguing encoded letter from a beautiful French singer, Mlle. Emmeline La Victoire.

Her illegitimate son Emil (with the famous art collector and humanitarian Earl of Pellingham) has disappeared and she fears him kidnapped, and she herself has been accosted in the street.As they travel to Paris to come to her aid, a larger picture is unveiled. This same untouchable Earl may well be behind the world’s largest art theft – the priceless Marseilles Nike – and additionally the disappearance and murder of several boys working in his own silk mills.

Could he have harmed his own son as well? Holmes and Watson are tasked to solve the case and bring the culprit to justice.Before they can succeed, they must navigate a complex web including a treacherous French rival detective, Vidocq, who is in love with their client; Sherlock’s oddly threatening brother Mycroft, who has his own stake in the case; and a rising tide of murders which keep the true facts just out of reach. Can Sherlock Holmes overcome the weaknesses of his own “artistic nature” to save the beautiful singer and her son, and put away the real villain behind these many crimes?

Each of these nineteen tales, from Sherlock’s first appearance in A Study in Scarletto the late classic The Dying Detective, is a potent mix of murder, suspense, cryptic clues, red herrings, and revenge — a ground-breaking combination of forensic science and bold storytelling. Sherlock Holmes established new rules for what a fictional hero could be, and provided a template for detective stories we still follow today.
With introductions by Steven and Mark for each story, this beautifully designed collection is the perfect introduction to the world of Sherlock Holmes and the ultimate gift for fans of the show it inspired.