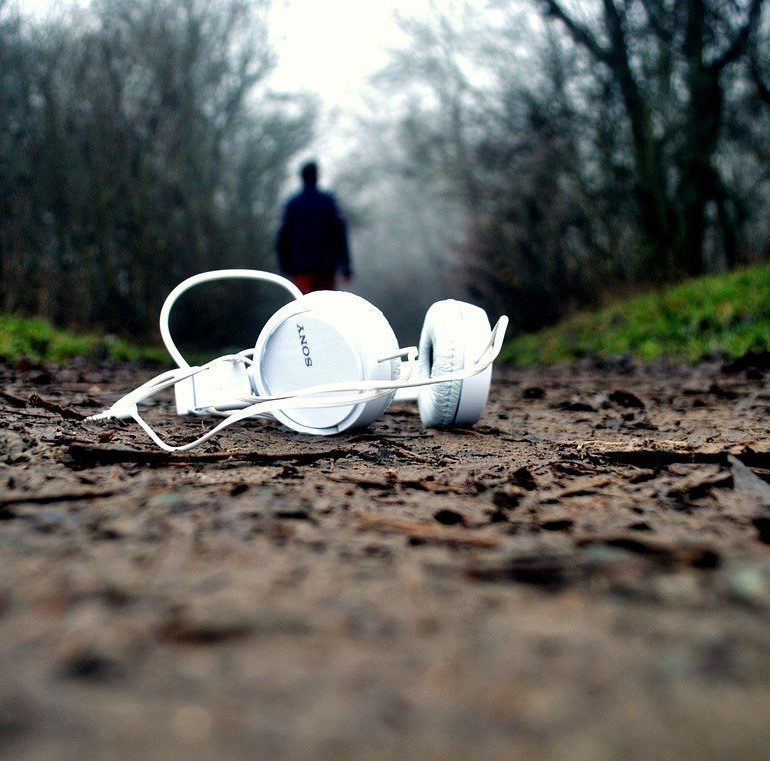 Mystery and Thriller Audiobooks To Listen To In March

Among the audiobooks to listen to in March, Amy Engel’s suspenseful thriller The Roanoke Girls is a fresh title which absorbs the audience in its atmospheric plot and well-crafted characters (read our review here). This is a tale about 15-year-old Lane Roanoke who comes to live with her grandparents and fireball cousin, Allegra, on their vast estate in rural Kansas. Lane knew little of her mother’s mysterious family, but she quickly embraced life as one of the rich and beautiful Roanoke girls. But when she discovered the dark truth at the heart of the family, she ran…fast and far away.

Eleven years later Lane is adrift in Los Angeles when her grandfather calls to tell her Allegra has gone missing. Did she run, too? Or something worse? Unable to resist his pleas, Lane returns to help search and to ease her guilt at having left Allegra behind. Her homecoming may mean a second chance with the boyfriend whose heart she broke that long ago summer. But it also means facing the devastating secret that made her flee, one she may not be strong enough to run from again.

Dan Choan’s new book Ill Will is, in a nutshell, about two sensational unsolved crimes – one in the past, another in the present – which are linked by one man’s memory and self-deception. This is a chilling novel of literary suspense from a great author and National Book Award finalist. This is one of the audiobooks which we highly recommend!

A psychologist in suburban Cleveland, Dustin is drifting through his 40s when he hears the news: His adopted brother, Rusty, is being released from prison. Thirty years ago Rusty received a life sentence for the massacre of Dustin’s parents, aunt, and uncle. The trial came to epitomize the 1980s hysteria over Satanic cults; despite the lack of physical evidence, the jury believed the outlandish accusations Dustin and his cousin made against Rusty. Now, after DNA analysis has overturned the conviction, Dustin braces for a reckoning.

Meanwhile, one of Dustin’s patients has been plying him with stories of the drowning deaths of a string of drunk college boys. At first Dustin dismisses his patient’s suggestions that a serial killer is at work as paranoid thinking, but as the two embark on an amateur investigation, Dustin starts to believe that there’s more to the deaths than coincidence. Soon he becomes obsessed, crossing all professional boundaries – and putting his own family in harm’s way.

Allison Brennan has created a superb and twisted thriller story in the new installment of Lucy Kincaid series Make Them Pay. Lucy Kincaid and Sean Rogan are finally tying the knot. Two weeks before their wedding, a surprise visitor shows up at their door: Eden, Sean’s estranged sister from Europe. She claims she’s in town for the wedding and wants to mend fences. Lucy invites Eden to stay with them – after all, family is family – but her boss, SSA Noah Armstrong, knows far more about Eden’s sketchy past than he’s let on. While Lucy is focused on her investigation tracking down dozens of children sold through illegal adoptions, Noah begins a quiet investigation of Eden and her elusive twin, Liam.

He’s certain that since they’re both thieves, they’re here for a job or a heist. But they are up to something far more sinister than even Noah can imagine. Liam has a score to settle with his family, and Sean has something he wants. The twins will do anything to get it – including putting Lucy’s life in danger. It’ll take everyone – Kincaids and Rogans alike – to stop Liam before someone dies. Unfortunately, Liam’s treachery has unforeseen consequences for Sean and Lucy, as a longtime enemy of the Rogan family hell-bent on revenge sees an opportunity to make them all pay…in Allison Brennan’s Make Them Pay.

Celine is one of those audiobooks which got us really excited: From the best-selling author of The Dog Stars and The Painter, this masterful novel of suspense is the story of Celine, an elegant, aristocratic private eye who specializes in reuniting families, trying to make amends for a loss in her own past.

Working out of her jewel box of an apartment at the base of the Brooklyn Bridge, Celine has made a career of tracking down missing persons, and she has a better record at it than the FBI. But when a young woman, Gabriela, asks for her help, a world of mystery and sorrow opens up. Gabriela’s father was a photographer who went missing on the border of Montana and Wyoming. He was assumed to have died from a grizzly mauling, but his body was never found.

Now, as Celine and her partner head to Yellowstone National Park, investigating a trail gone cold, it becomes clear that they are being followed – that this is a case someone desperately wants to keep closed. Combining the exquisite plotting and gorgeous evocation of nature that have become his hallmark, with a wildly engrossing story of family, privilege, and childhood loss, Peter Heller gives us his finest work to date.

And last but not least, comes Police at the Station and They Don’t Look Friendly. The sixth installment of Detective Sean Duffy series takes us to Ireland and presents us with a thrilling mystery featuring Detective Duffy and his most dangerous investigation yet.

Belfast, 1988. A man is found dead, killed with a bolt from a crossbow in front of his house. This is no hunting accident. But uncovering who is responsible for the murder will take Detective Sean Duffy down his most dangerous road yet, a road that leads to a lonely clearing on a high bog where three masked gunmen will force Duffy to dig his own grave.

Hunted by forces unknown, threatened by Internal Affairs, and with his relationship on the rocks, Duffy will need all his wits to get out of this investigation in one piece.