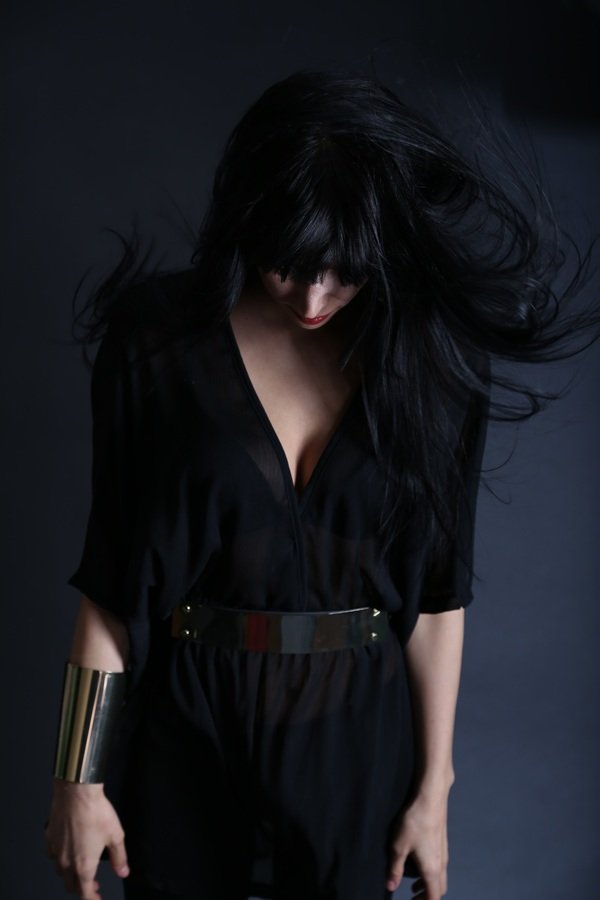 Exhibit Alexandra is the story of a woman who disappears on her way home from work one day, vanishing from her seemingly perfect life. Narrated by Alexandra from where she’s being held, the narrative follows her husband Marc and their two daughters as they struggle through their new reality: a limbo state of loss without closure. As Marc tries to understand what has happened to his wife, he unearths things about their early relationship and Alexandra’s life before she met him that twists the narrative away from a standard missing person story and into a meditation of love, loss, creativity, gender and identity.

That’s about all I can say without giving too much away, which is somewhat frustrating given it’s the topics tangled into the twists and the ending of the book that drove me to write it. I’ve spent eight years with this novel and I’m excited about the conversations that I hope it will spark. But, as is the nature of this genre, a lot of those conversations can only be had once people have read the book.

There used to be an advert in the UK for Marmite that showed people in supermarkets trying the weird salty spread and either grinning or pulling a face. The tag line was: Marmite – you either love it or hate it. Alexandra, I think, is a Marmite character. Some people will love her, they’ll understand her, they’ll ‘get’ her; others will not.

I started writing this book at the age of twenty-three. I was living in York, with a partner, negotiating that weird transition phase from passionate, optimistic student to practical adulthood. Life was hedonistic and joyful, but also not quite as large, creative or full of potential as I’d once imagined it would be. Learning how to be in one’s early twenties is, I think, a process of simultaneous expansion and narrowing.

Something happened in York around that time that was impossible for anyone living there not to be affected by. The University of York chef Claudia Lawrence went missing. She failed to turn up for an early morning shift and a major investigation was launched, unearthing suspicions of a secret life and raking through her privacy, but never discovering what happened to her.

It feels crass and a little mercenary to admit the impact the Claudia Lawrence case had on the writing of Exhibit Alexandra. Is it okay for authors to steal from life? To borrow inspiration from strangers, from the suffering and from the bereaved? I fear it is probably not, and yet, it’s what almost all of us do. The things we see and experience, read about and feel, are all deposited on the compost heap of our imaginations. They’re left there to squash and ripen until one day the mulch we come back to is an indecipherable mixture of ourselves and the world around us, of truth and fiction.

What lodged in my brain during that time was not so much the mystery of what had happened to Claudia Lawrence, but the impossibility of what those left behind had to deal with. Her father, in particular, was often on the news and seen pleading and campaigning, appealing for information about his daughter’s whereabouts.

250,000 people go missing in the UK every year. This is what I learnt when, prompted by Peter Lawrence’s appeals, I started researching missing people and what it was like to wake up one day to find a loved one gone. “It’s a life in limbo,” many said. Those with long-term missing family members, I realised, are thrust into a strange situation where the hope they feel that their loved one might one day return must outweigh the shameful but obvious truth that their loss would be much easier to deal with and move on from if the person had died.

So I came to my first draft of Exhibit Alexandra wanting to explore what it would be like for Marc and their daughters to cope with Alexandra’s absence; to wake up day after day not knowing where she was or what had happened to her. But I also wanted to play with the stories we tell ourselves, especially about our relationships. I wanted Marc to comb through his memories of Alexandra and discover many of the things he took to be truths were entirely subjective.

This is where the mulch comes in. Alongside the snippets of information about the Claudia Lawrence case, the bits of research I’d done about missing people and the odd things I’d been studying a couple of years previously and hadn’t quite let go of, were the potato peelings of my first serious relationship. I was navigating commitment and companionship, domesticity and compromise. I was in love with a person who was entirely other than me and trying to get my head around what that meant to my sense of self, my identity.

By telling the story through Alexandra’s voice rather than Marc’s, another layer of subjectivity is added. Alexandra is missing. She is gone. Thus, she is not there to witness the events she narrates. The version of Marc she offers us is based on thirteen years of marriage and the extreme intimacy that entails. This is perhaps the closest any of us can get to truly knowing another person, but it is not the truth. Alexandra’s story is no more real than Marc’s rose-tinted version of her, so it’s up to the reader to work out what’s actually going on.

How well can we really know another person? How often do we even try? Perhaps we only ever look hard enough to see our own reflection. Whether you love Alexandra or you hate her, I hope the book makes you pause and wonder if it’s possible the person you lie next to every night has an entirely different narrative running through their head.