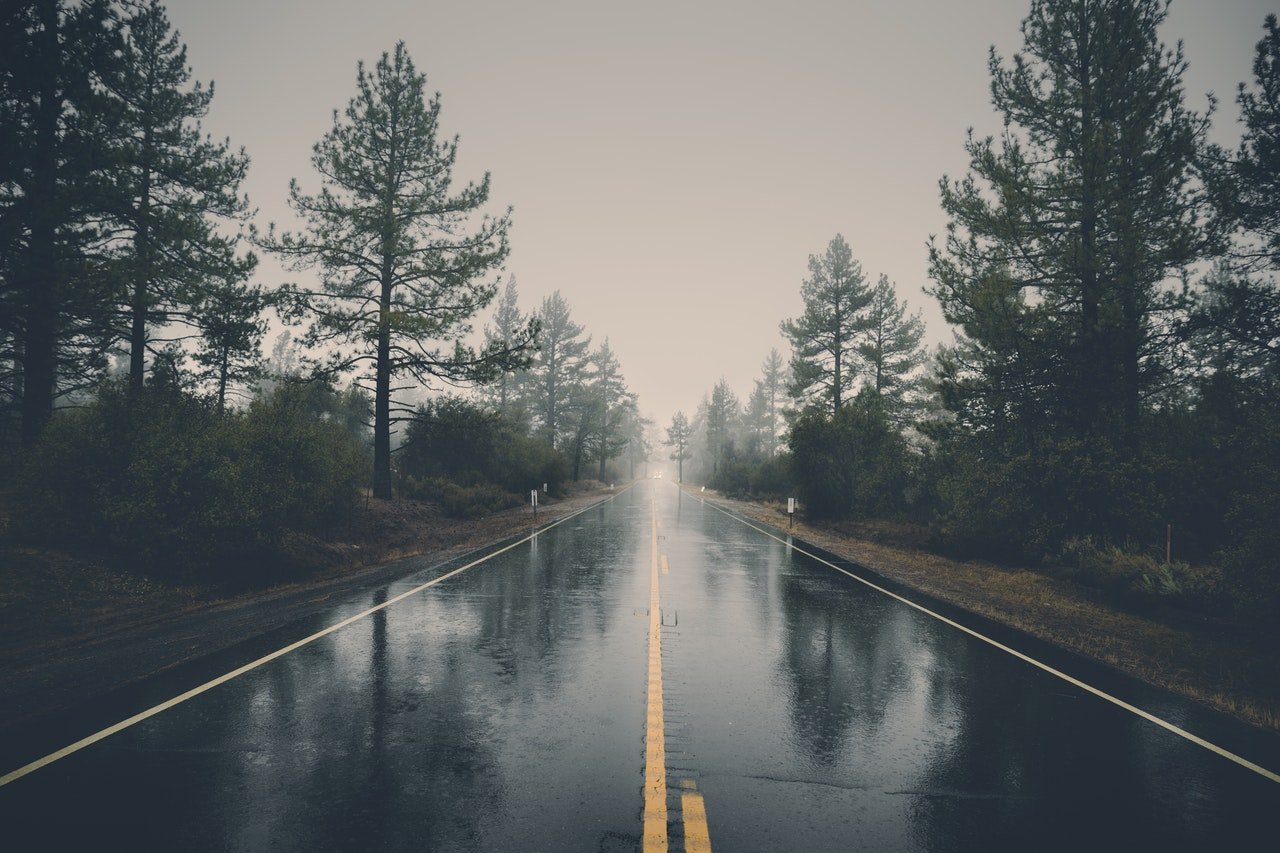 He holds a Ph.D. in literature and currently teaches at Lamar University in Beaumont, Texas.

It’s dusk when they intrude. Voices carrying on the breeze. A cryptic discussion in chopped, angry tones. They’re searching for something. And they’re on his property. Somewhere in the thicket where his couple-dozen acres border the county road. Trespassers.

Holden walks out from the barn where he’s organizing tools. Crosses the field and pauses at the woods’ edge. Listens. He’s still learning the sounds and rhythms of the place. Different here in the country from the city. Birds fluttering and singing. Small animals rustling. Then something out of place. A snapping, likely a footstep. A harsh human grunt. He weaves through the trees.

Two guys stand in a clearing.

“Supposed to be near a big oak tree,” says one. Burly guy wearing denim overalls like a farmer.

He’s still learning the sounds and rhythms of the place. Different here in the country from the city.

“Shit ton of big trees out here,” says the other. He’s sinewy. Wearing jeans, a sleeveless shirt, boots. Snake dripping venom tattooed on his arm. He pokes a shovel into the ground. Little overturned piles of soil dotted around.

Burly holds up a cell phone. “No fucking signal.”

Burly forces a smile. “Hey, neighbor.” One eye sags. A scar lines his cheek. “You must be new. The old Wharton place has been vacant a while.”

Snake Tattoo reaches under his shirttail for something tucked into his waistline. His glare shows a lineage of malice. A headshake from Burly, and Snake Tattoo pauses but holds tensed for brutality.

“We’re, ah, doing some work next door,” Burly says. “Guess we crossed onto your land, huh? These woods. Who can tell where the property lines are?”

“Right there.” Holden nods. An old ranch fence thirty feet away. Posts rotted, leaning. Wire fencing broken in spots. Still, enough there to know where the line is.

“All right then, neighbor. We best be heading.” The sagging eye winks. “Dangerous things out here at night.”

Holden and his wife and four-year-old daughter moved here from the city two months ago. Hoping to escape the overcrowded hellhole of constant encroachment, imminent violence. He wanted a peaceful place away from people. He’d had his fill of goddamn people.

In the following days he watches, listens. Doesn’t sleep well. Three nights later, from the bedroom window he sees light moving among the trees. They’re back.

He slips out. Picks his way quietly through the woods. Uses moonlight to see. Keeps distant enough to observe them without being noticed.

They creep along, digging exploratory holes around the bigger trees. Cussing the gnarled, hard roots. “The fuck is it?”

He wonders what they’re after. Drugs, money, a body? A dead drop gone wrong?

They search until dawn, then leave. But they’ll return, and they’re moving closer to his home.

He tells his wife he’s repairing the fence and works late into the evening digging in the woods.

Two nights later they’re back. He makes his way to a huge oak. Leans his shovel there. Waits. They’ll come to him. That’s the problem, isn’t it? They’ll keep coming.

When they’re close he says, “Think I have what you fellows need.”

“The fuck!” Snake Tattoo jerks and moonlight glints off the gun he pulls. He charges toward Holden.

“Isn’t this what you’re after?” Holden gestures to a hole before him.

Snake Tattoo stumbles at its edge, flicks his flashlight downward. The hole is four feet deep, five feet wide. Roots tentacle inside it. Fresh overturned soil between the hole and the tree.

Holden swings his shovel like a home-run slugger. It clangs against Snake Tattoo’s face. Bones snap. The gun drops. He crumbles.

Burly’s already too close, too eager. Holden rips the shovel back around into his head. He folds over into the hole. Holden’s entire body shudders from the blows.

“Should have left me the fuck alone,” he says. “Neighbor.”

He shovels the loose soil over them.

Those who think the world can be fixed with a little love need to meet guys like this. There is no fixing them. He knows he’ll have to watch, listen for whoever comes next. Because someone is always coming, always intruding.