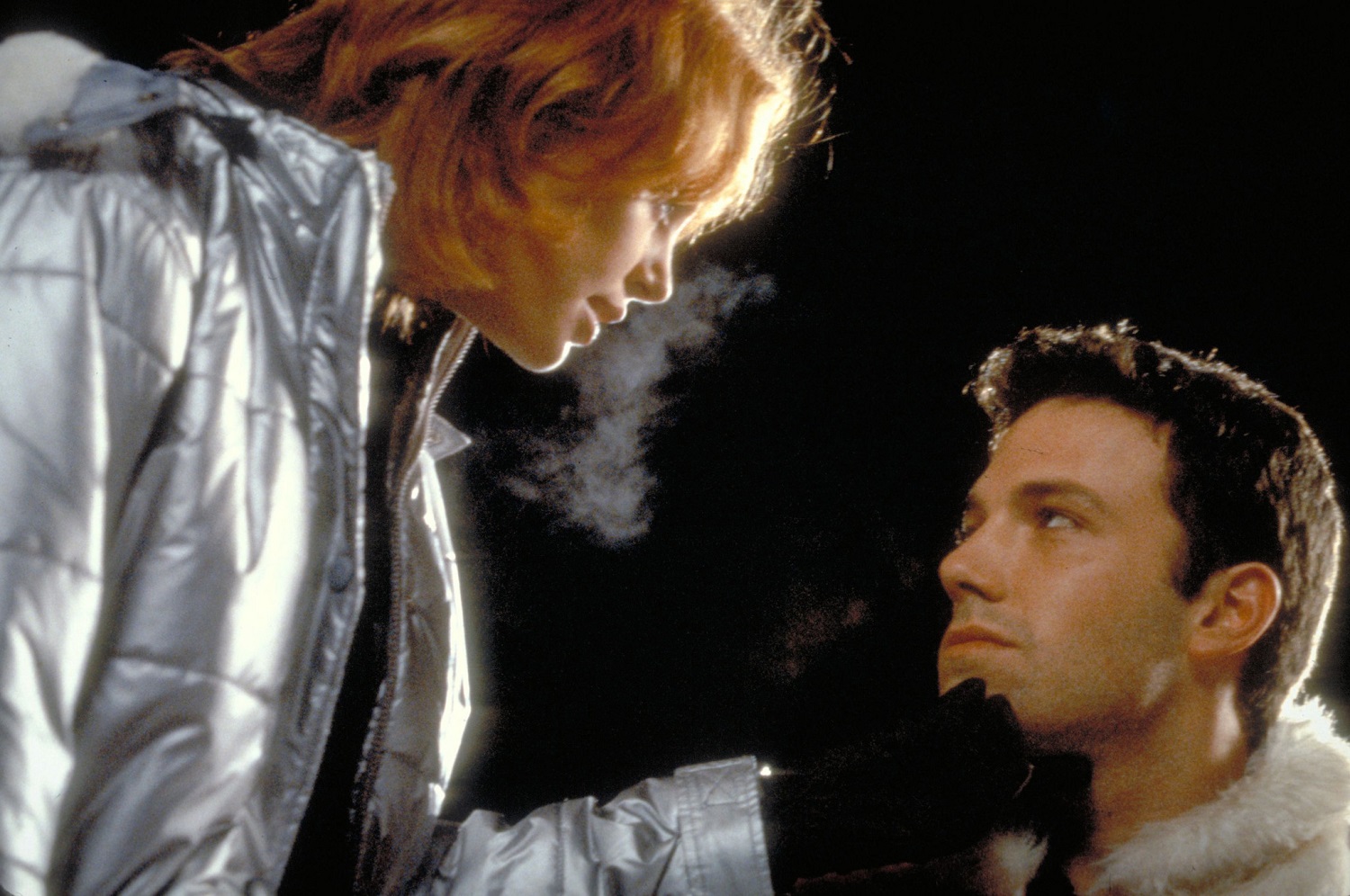 Our list of best new crime and thriller shows and movies coming to HBO Max in December includes must-watch westerns such as 3:10 to Yuma, 1957 as well as twisty mysteries like Gone Girl, 2014. Dan Evans (Van Heflin), a drought-plagued Arizona rancher, volunteers to take captured stagecoach robber and murderer Ben Wade (Glenn Ford) from Bisbee to Contention City, where the criminal will be put aboard the 3:10 train to Yuma for his trial.

Accompanied only by the town drunk, Alex Potter (Henry Jones), Dan battles Wade’s henchman (Richard Jaeckel), the murder victim’s revenge-minded brother, and the temptation of the large bribe Wade offers in exchange for his freedom.

In Carthage, Mo., former New York-based writer Nick Dunne (Ben Affleck) and his glamorous wife Amy (Rosamund Pike) present a portrait of a blissful marriage to the public. However, when Amy goes missing on the couple’s fifth wedding anniversary, Nick becomes the prime suspect in her disappearance. The resulting police pressure and media frenzy cause the Dunnes’ image of a happy union to crumble, leading to tantalizing questions about who Nick and Amy truly are.

A reporter (Kari Wuhrer) investigates an underground group that can resurrect the dead, much to Pinhead’s (Doug Bradley) dismay. 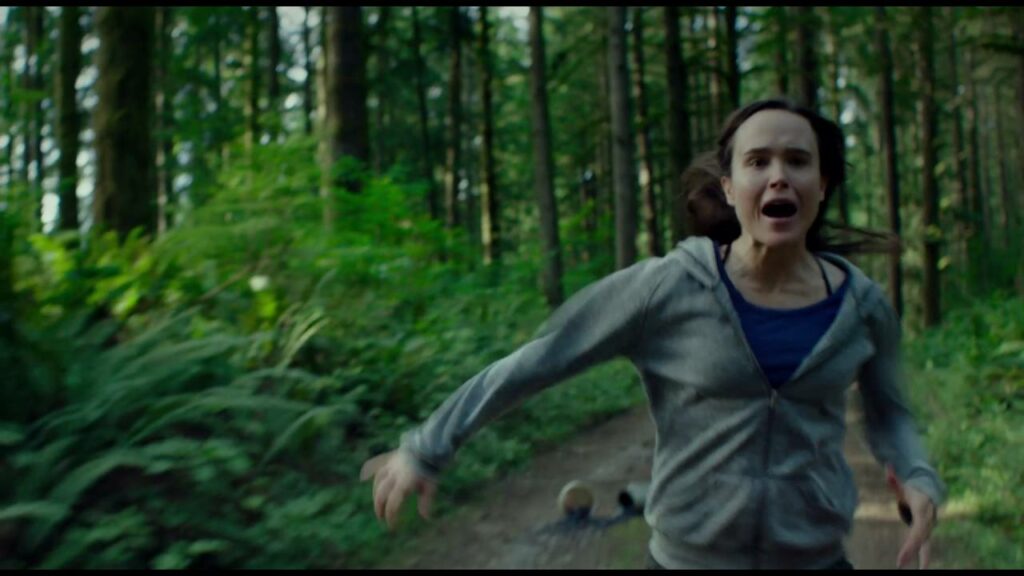 In the near future, sisters Nell and Eva live together in an secluded woodland house. As the world teeters on the brink of apocalypse, they must stick together if they are going to survive. 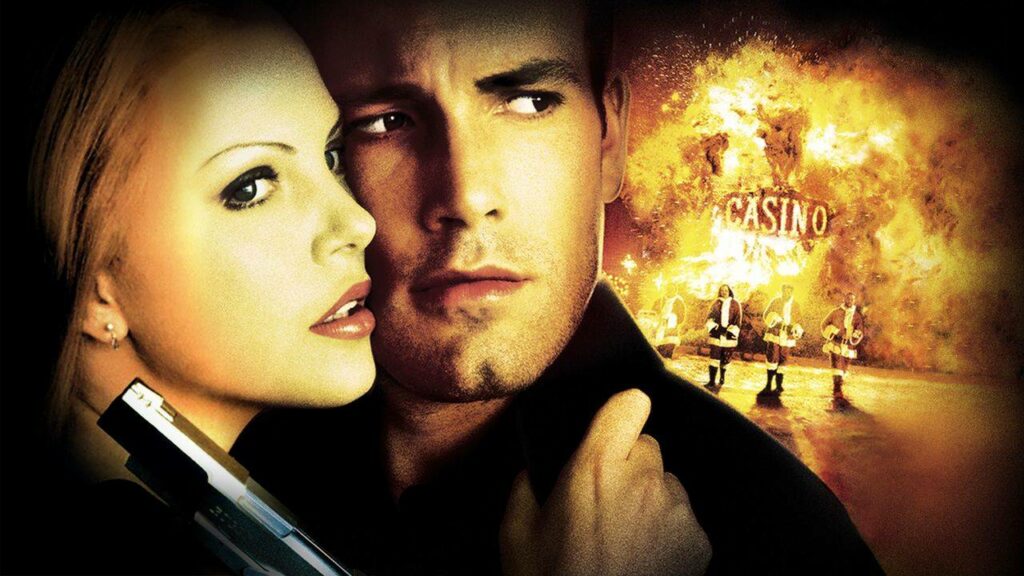 Just released from prison, all Rudy Duncan (Ben Affleck) wants is to start a new life with Ashley (Charlize Theron), the girl of his dreams, whom he met through pen pal letters in prison.

But between them and happiness stands her crazy brother, Gabriel (Gary Sinise), and his motley crue of deadly criminals who think Rudy has some inside information about a casino where he once had a job — a casino Gabriel and his short-fused posse plan to take down.

When alcoholic ex-cop Mike Kendall finds the body of a young woman, he becomes obsessed with redeeming himself by finding the killer. In the process, he puts himself and his family in danger while hanging out with an assortment of shady characters.

Tom Ludlow (Keanu Reeves), a veteran member of the LAPD, is still mourning the loss of his wife and trying to navigate through a world that does not make much sense anymore. When evidence implicates him in the death of a fellow officer, Ludlow begins to question the loyalties of everyone around him.

Doom Patrol is a team of traumatized and downtrodden superheroes, each of whom has suffered a horrible accident that gave them superhuman abilities but also left them scarred and disfigured. The members of the team have found their purpose through The Chief and have come together to investigate some of the world’s weirdest phenomena.

After The Chief mysteriously disappears, though, the reluctant heroes find themselves called to action by Cyborg, who comes to them with a mission that they cannot refuse. Doom Patrol — part support group, part superhero team — is a band of superpowered freaks fighting for a world that wants nothing to do with them.

At the height of the Cold War, a mysterious criminal organization plans to use nuclear weapons and technology to upset the fragile balance of power between the United States and Soviet Union.

CIA agent Napoleon Solo (Henry Cavill) and KGB agent Illya Kuryakin (Armie Hammer) are forced to put aside their hostilities and work together to stop the evildoers in their tracks. The duo’s only lead is the daughter of a missing German scientist, whom they must find soon to prevent a global catastrophe.

Mystery Tribune’s coverage of latest and most notable news and crime and thriller shows and movies on HBO Max is available here.