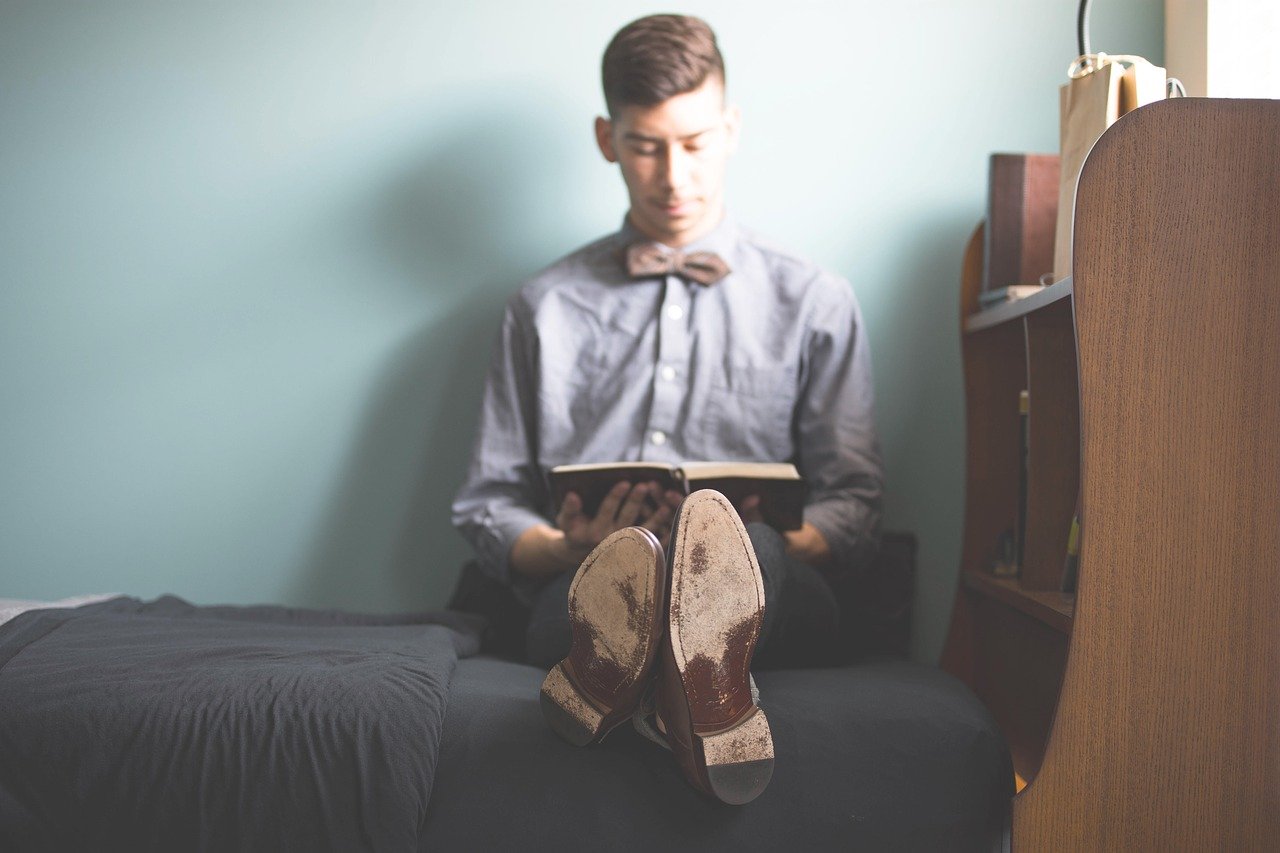 The longlist for the Ngaio Marsh award for best New Zealand crime fiction is now available via The Spinoff for 2017 in what can be described as a rich and notable literary list.

The Ngaio Marsh Award for Best Crime Novel (popularly called the Ngaio) is a literary award presented annually in New Zealand to recognize excellence in crime fiction, mystery, and thriller writing. The Award was established by journalist and crime fiction reviewer Craig Sisterson in 2010, and is named after Dame Ngaio Marsh, one of the four Queens for Crime of the Golden Age of Detective Fiction. The Award has traditionally been presented each year in Christchurch, the hometown of Dame Ngaio.

For 2017, two of the ten longlisted books are by the same author, Finn Bell. None of the past winners are in the running this year and out of the 19 different authors who’ve been finalists in the first few years, only one – Ben Sanders – is a 2017 contender.

Various sub-genres are present in the recently released longlist as it seems the judges proffered to have a well-mixed basket of crime and mystery titles:

Dead Lemons by Finn Bell: In the far south a young girl goes missing, lost without trace in the wilderness beyond her remote family cottage. A year later her father disappears in the same place. Then nothing. At all. Eventually the years grow over the grief. The decades wear away the questions, life flows past the forgotten tragedy.

Until Finn moves into the abandoned home, looking for a fresh start. A place to heal himself far from his old problems. But rebuilding life is complicated by chance encounters and odd occurrences leaving Finn with the growing suspicion that the people here are harboring a terrible secret. Suspicion turns to obsession the deeper Finn digs while also facing steadily escalating dangers in the here-and-now. Soon Finn’s own journey of recovery becomes inextricably linked with his need to unravel the mystery. Past and present finally collide when Finn starts to learn the truth about this place and himself. Now he must choose between exoneration and condemnation, justice and vengeance.

Pancake Money by Finn Bell: Bobby Ress is a Dunedin detective with a simple life, catching bad guys before going home to his wife and daughter – until a local priest is brutally murdered. Judges: “Top shelf stuff…The Otago setting offers mood aplenty, and there’s a great, profane dynamic between the two detectives.”

Spare Me The Truth by CJ Carver (Bonnie Zaffre): Dan Forrester, piecing his life back together after the tragic death of his son, is approached in a supermarket by a woman who tells him everything he remembers about his life – and his son – is a lie.

Grace Reavey, stricken by grief, is accosted at her mother’s funeral. The threat is simple: pay the staggering sum her mother allegedly owed, or lose everything.

Lucy Davies has been forced from the Met by her own maverick behaviour. Desperate to prove herself in her new rural post, she’s on the hunt for a killer – but this is no small town criminal.

Plunged into a conspiracy that will test each of them to their limits, these three strangers are brought together in their hunt for the truth, whatever it costs. And as their respective investigations become further and further entwined, it becomes clear that at the center of this tangled web is a threat more explosive than any of them could have imagined.

Red Herring by Jonothan Cullinane (HarperCollins): A man overboard, a murder and a lot of loose ends. In Auckland 1951 the workers and the government are heading for bloody confrontation and the waterfront is the frontline. But this is a war with more than two sides and nothing is what it seems.

Into the secret world of rival union politics, dark political agendas and worldwide anti-communist hysteria steps Johnny Molloy, a private detective with secrets of his own.

Caitlin O’Carolan, a feisty young reporter, is following her own leads. Together they begin to uncover a conspiracy that goes to the heart of the Establishment – and which will threaten their own lives in the process.

The Revelations of Carey Ravine by Debra Daley (Quercus): This is a historical thriller set in 1770s London. Carey Ravine is the spirited wife of Oliver Nash, but when her husband draws them into the darker corners of society, and a stranger unearths a troubling secret, Ravine is forced to investigate the truth and confront her own illusions.

The Three Deaths of Magdalene Lynton by Katherine Hayton: Magdalene Lynton died forty years ago: a vivacious teenager who fell victim to an obscene, accidental drowning. The coroner’s office issued a verdict of death by misadventure and filed her case. The farming commune she’d lived within, splintered apart. Her body was left behind in a small, private cemetery encircled by acres of fallow ground. Until Paul Worthington confessed to her murder.

Magdalene’s case lands with Ngaire Blakes, a Maori detective recovering from a brutal stabbing. After fighting for the resources to investigate, Ngaire discovers that Paul’s confession doesn’t fit with the facts of Magdalene’s death. The trouble is, neither does the original verdict.

Together with her partner, Deb, Ngaire digs deeper into the case to uncover inconsistencies, lies, and mortal danger.

Presumed Guilty by Mark McGinn (Merlot Publishing): When feisty lawyer Sasha Stace secures the acquittal of a sleazy politician charged with rape, it’s one legal victory too many. Disillusioned, she looks to the High Court bench for more fulfillment. But before she can become a judge, there’s one more criminal defense – a trial with complications, a trial like no other.

The man arrested for murder is her former lover, the lawyer seeking Sasha’s help in the case is the daughter she gave up for adoption over thirty years ago and the ambitious, grudge-holding prosecutor is closely connected to an attorney general who does not want her involved.

Marshall’s Law by Ben Sanders (Allen & Unwin): Ex-undercover cop Marshall Grade is hiding out in California when he learns that federal agent Lucas Cohen has survived a kidnapping. Cohen was Marshall’s ticket into witness protection, and his captors have a simple question: where’s Marshall now?

Marshall’s undercover work gave him a long list of enemies, and the enemy in this case is a corrupt businessman named Dexter Vine. Vine’s almost broke, in debt to people even worse than himself, and he wants to settle old scores while he has time. He’s hired Ludo Coltrane―a nonchalant psychopath and part-time bar manager―to find Marshall at any cost. Ludo’s no stranger to killing, but his associate, the cash-strapped ex-con Perry Rhodes, may prove more of a liability than an asset.

The question is: what has Marshall done to make Dexter want him dead? And are the contacts from his old life―ex-colleague Lana, and the heroin dealer Henry Lee―prepared to help him, or will they just sell him out?

A Straits Settlement by Brian Stoddart (Crime Wave Press): In the third installment of the Le Fanu Mystery series, the intrepid superintendent is promoted to Inspector-General of Police in 1920s Madras, which proves to be more boring than he had envisaged.

Instead of pushing papers across his desk, the Le Fanu focuses on the disappearance of a senior Indian Civil Service officer and an apparently unrelated murder. As the two incidents intertwine, the world weary detective is drawn into the worlds of indentured labor recruitment and antiquities theft..

But as bureaucratic politics make his position vulnerable, his superiors send the intrepid policeman across the Bay of Bengal to pursue the cases in the Straits Settlements. Le Fanu immediately becomes embroiled in the activities of secret societies and the British colonial intelligence services. The appearance of a mysterious Chinese woman renders his professional life uncertain as he wonders anew about the British imperial future.

The Last Time We Spoke by Fiona Sussman (Allison & Busby): On the night that Carla Reid plans on celebrating her wedding anniversary with her husband Kevin and their grown son Jack, their New Zealand farmstead has never felt more like home. But when Ben Toroa and another aspiring gang member brutally force their way into the house with robbery and more on their minds, the night and the rest of both their lives, take a radically different direction.

As Carla struggles to come to terms with the aftermath and bereavement of different kinds, and Ben faces the consequences in prison, their stories continue to interweave.