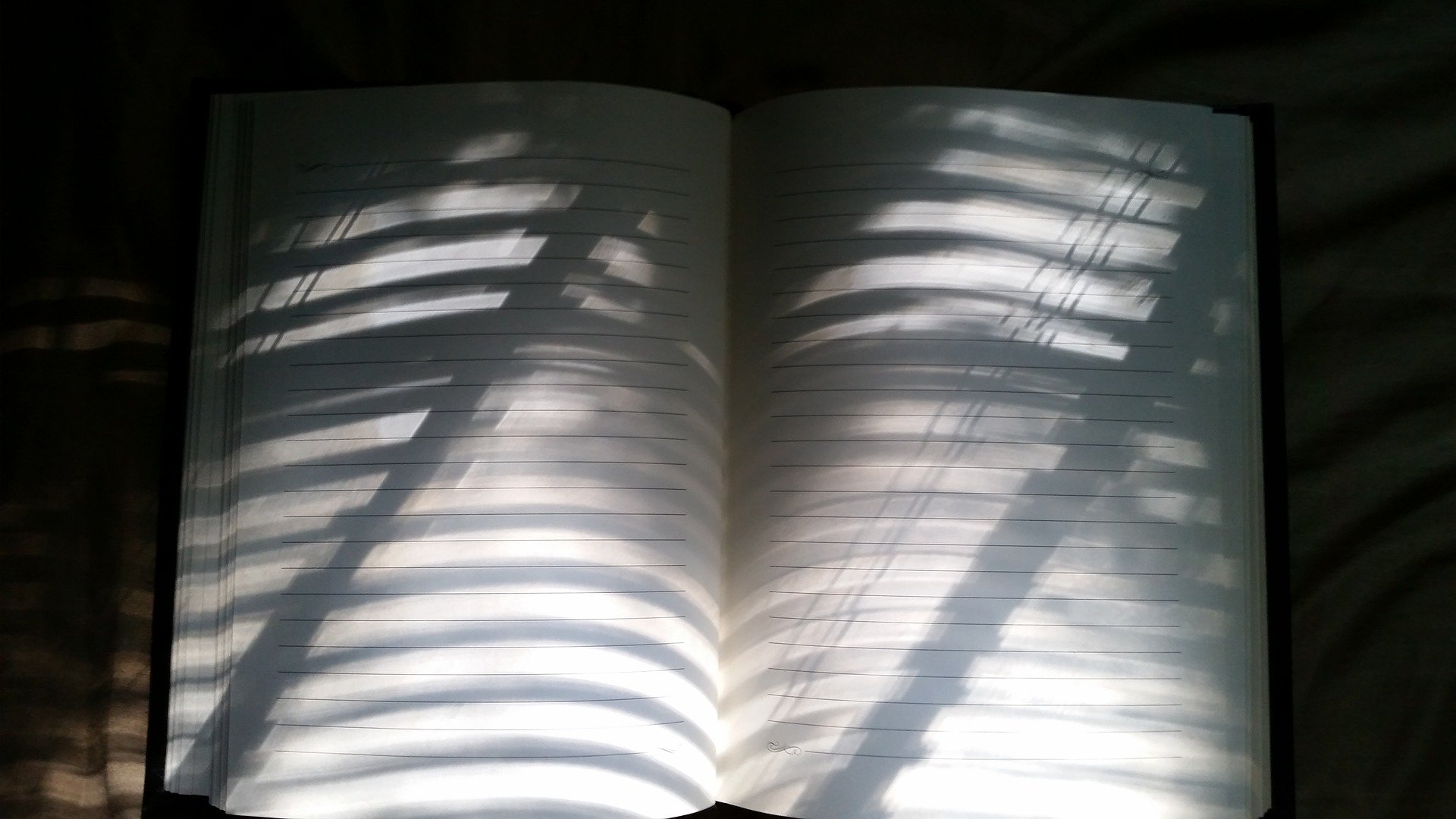 Notes from the Other Side: Literary Crime Short Fiction By Harshit Chhabra

Notes from the Other Side by Harshit Chhabra is a dark tale of a simple boy who was once happy. But somewhere along the way, things changed.

To whoever reading this,

Finally, the time has come.

It’s a funny world, depending on who you ask. For me my world starts with my failures and ends with my desperation. It also ended with a bottle with isopropyl, but I promised to myself I’ll keep the dark humor to the minimum. I was told that I was like the gas in a soda, I’ll always rise up to the top for the world to see me, but they forgot to shake the bottle. Leaving the gas dissolved in the depths of the drink. But, who cares?

I have been on this earth for 18 painfully long and desperate years, and I have done nothing to substantiate my presence on this forsaken land, my father is criminally insane and under trial for the murder of my mother (lovely family). I have no friends, the last acquaintance I have calls me a source of negativity. At the end of each day, I have nobody to talk to, nobody to vent, I live alone and eat the same damn thing every day. My doctors want me to follow a routine, keep myself busy, I tried but after a point I just wanted to blow my brains out.

But, none of this warrants my death. You must be wondering then why I took this drastic step. I have schizophrenia. I hear voices, they always tell me what a good man I am (I’ve always loved sarcasm). They always taunt me, saying that I’ll die alone under a bridge, drunk. I also had hallucinations. I hallucinated that I was being treated for Multiple Personality Disorder by a Dr Sharma, and my split personality was a guy called Tony, was a psychopath. Turns out I was the one killing birds and attacking people. Realizing that was terrifying, but not because they were hallucinations, but because I was acting like my father.

Everything is so confusing, disordered, and chaotic in these lonely lands. I cannot even make a decision about my clothes properly. I sit there debating with myself for an hour. I’m not even sure if I’m talking to myself or the person who I think is stalking me.

I’m lonely, I crave interaction but when I’m with somebody. I realize how stupid people can be. They make a fuss about such trivial matters, I get nauseous. So, I don’t know what to do, I certainly cannot tolerate stupidity.

Am I over thinking? Probably but, it’s too late now.

I used to feel sad, frustrated and I didn’t know what to do, where to go, who to talk to. Gradually, I stopped feeling anything. Now, I’m just numb. What is Life when you cannot feel emotions? Is it an empty void? Or is it the dream of drunken wanderer, who has long forgotten his home?

I wonder if other people feel what I felt. I wonder how they process it. The feelings of a lonely man are probably sufficient for a philosopher’s whole career.  I wonder if things could be different if my father hadn’t done what he did.

But it’s my fault he killed my dear mom.

I went to try and meet my dad in…You know, right? They said he didn’t want to see me, although I don’t believe them. They don’t want him to see anyone who might make him happy, to break him right before his…his…uhh…yea. I don’t know what I’m going to do with these…corrupt authorities trying to kill my dad…I must write a letter to the PM and tell them that these people are purposefully hurting my dad…yes! I’ll do exactly that.

It’s one of those days again.

I finally sat down and tried to write down that idea for a story I had for long and guess what? I stared a blank page for an hour and I came up with absolutely nothing. I felt so dumb, I felt like I’m not capable of anything. I was just about to break my computer to pieces and scream at the top of lungs because I was just so frustrated, but then I heard it. I’m not really sure what it was but I was mesmerized. A sweet melody, coming from right outside my door, I couldn’t believe that something could be so heavenly, so sweet…it was like I was a kid again and my mom was calling me for dinner, but it was different. It was like the smell of freshly cut grass on a cool summer morning and I could feel myself on the swings again.

So I stood up and went outside my room, the melody wasn’t there. I could still hear it; it was coming from the kitchen. I followed it as I started smelling freshly baked cookies just like mom used to make, I could hear dad pouring the milk. I was just about to have it all and nothing. The melody moved to porch. I was careful this time as I wanted to catch it so bad. So I approached it slowly and just as I leapt towards it…it vanished! I couldn’t hear it anymore…I panicked, I didn’t want to lose it. I searched everywhere. It was nowhere to be found. I started weeping and I was going mad. I did everything that my therapist told me to, I swear! But I couldn’t control myself and I just wanted to run and run and run and run forever. As I was tightening the laces on my boots…I heard it again! It wasn’t gone; it was there, right inside my house. I stood up and stumbled and fell but there was no time to lose diary, no. I ran to my room, flung open the door and I saw it! I had never been this happy before…it was in my own computer. I picked the desktop so fast that I fumbled and dropped it. But I didn’t care. Soon, it was all around me…I could feel it, I could feel myself through it, and I was breathing it. So long had I searched, so many nights had I spent in despair, but no longer. I could have everything I ever wanted.

As I stood up, something changed…I don’t know if I did something, but if I did, I would never forgive myself. It became menacing…horrifying, loud, so terrible that I couldn’t breathe. I could see the prison authorities trying to stop my dad…but failing. I could feel him coming for me. To finish what he started. I have to do something; I will write to the authorities to increase his security so cannot escape.

I woke up to a destroyed computer.

This would probably be my last entry.

I was at the morgue a few hours ago as they wanted me to collect some belongings of mom. In the bag, I found my dad’s ring still posing as a part of my mom’s necklace. I don’t feel anything anymore but I just imagine what my…dad did to her.

It’s been 2 days since I started hearing a sharp, high pitched sound, resonating and changing itself inside my head. I get a weird sensation, that sound is up to something. It makes me feel things I’ve never felt before, I see things I’ve always wanted to, the world gets quiet yet louder at the same time. I taste the cookies that mom used to make. I must investigate further.

I see her, all the time. I’m afraid that I’m going to forget her. I feel I’m going to forget what happened to her and who did it. I hear her calling me, asking me to deal the same pain to those responsible that I’ve been dealt. But, the people responsible are my own as is she. I get hurt no matter what I do. I need someone to do it for me. I need someone to end my suffering.

Oh, there’s that sound again. It’s different this time. It’s louder, less yielding. It’s looking for something. What could it be? Do I have it? It’s going farther away now…towards the kitchen. Maybe it found what it was looking for. I hear it coming back; it’s heading towards my room. It’s…so sweet, like a distant memory…slowly fading into oblivion.

I hear mom. She is calling me for dinner…she says I should eat it before it gets cold…and dad is here too now, diary. He promised he’ll buy me a new drone and we’ll fly it together.

I have to go now.

If you’ve enjoyed Notes from the Other Side by Harshit Chhabra, you can visit our free digital archive of flash fiction here. Additionally, premium short fiction published by Mystery Tribune on a quarterly basis is available digitally here.