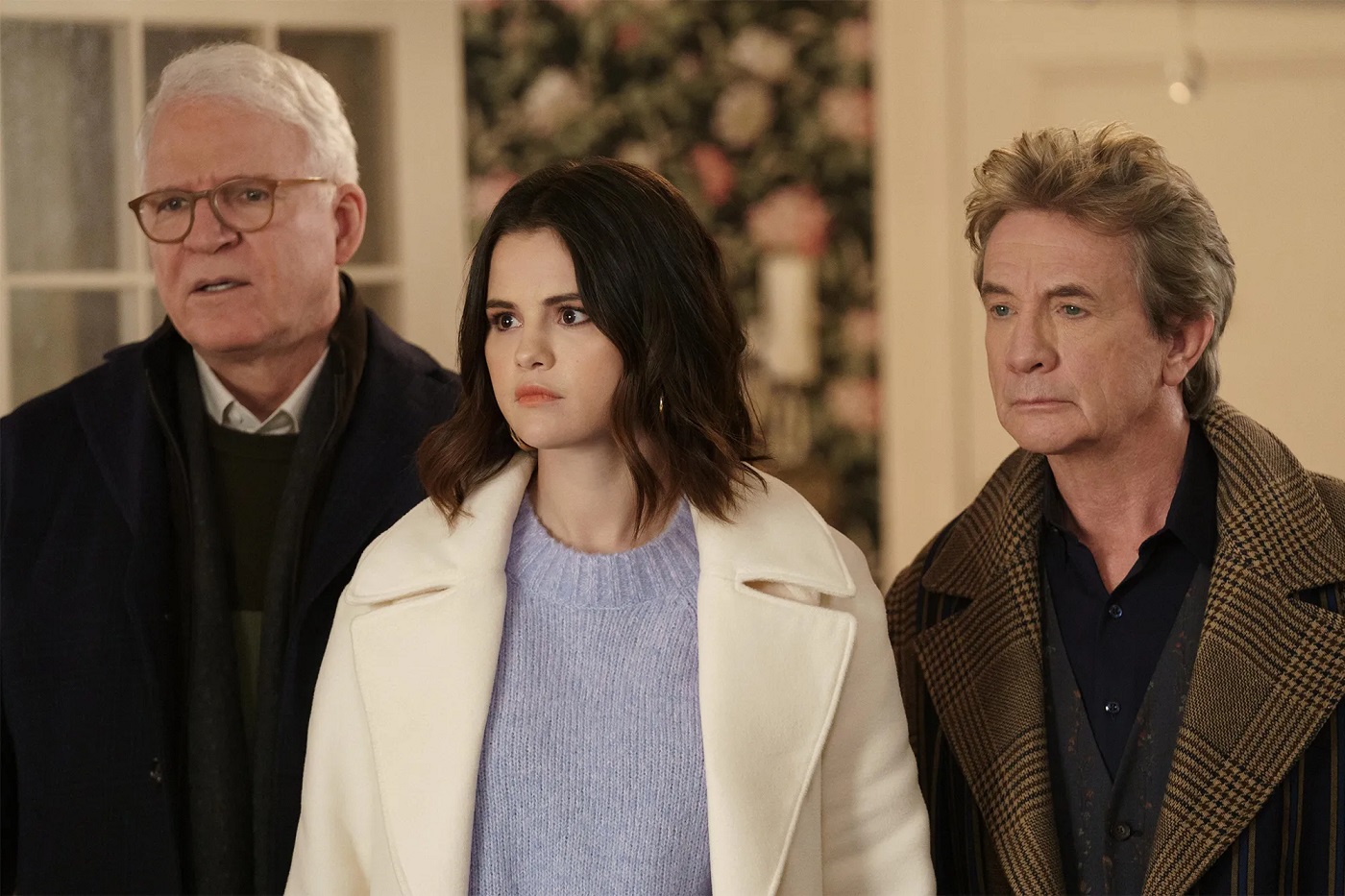 Only Murders in the Building: Complete Guide and New Updates

“Only Murders in the Building” is one of the most popular cozy mystery TV shows these days: with the Season 2 wrapped up earlier this year and Season 3 coming up, if you haven’t watched this show, you should.

Only Murders in the Building is an American mystery comedy-drama television series created by Steve Martin and John Hoffman. The ten-episode first season premiered on Hulu in August 2021.

The plot follows three strangers played by Steve Martin, Martin Short, and Selena Gomez, with a shared interest in true crime podcasts who join together to investigate a death in the apartment building they all live in. The series has received critical acclaim for its comedic approach to crime fiction, as well as the performances and chemistry among the lead performers.

In “Only Murders in the Building” Season 1, three strangers (as mentioned above) share an obsession with true crime and suddenly find themselves wrapped up in one. When a grisly death occurs inside their exclusive Upper West Side apartment building, the trio suspects murder and employs their precise knowledge of true crime to investigate the truth. Perhaps even more explosive are the lies they tell one another. Soon, the endangered trio comes to realize a killer might be living among them as they race to decipher the mounting clues before it’s too late.

Where can I stream “Only Murders in the Building”?

This is a Hulu Original so you need to be a subscriber to this streaming service.

How many seasons of the show has been released so far?

What is the plot of “Only Murders in the Building” Season 3 about?

There is no official news from Hulu and the fans and news outlets are just speculating: one of the rumors is that it is most likely about the murder of Ben Glenroy (one of the characters in the series).

When will Only Murders in the Building Season 3 Premiere?

Overview of the early episodes (spoilers ahead)

Charles-Haden Savage, a misanthropic former television actor; Oliver Putnam, a struggling Broadway director; and Mabel Mora, an apartment renovator, live at the Arconia. By chance, the three meet on an elevator, joined by Tim Kono, who enters talking on his phone. Later, after evacuating the building for an alarm, they bond over their shared love of a certain true crime podcast. They learn that there was a death at the Arconia and sneak back inside, where they see Tim, dead.

The investigators believe it was suicide, but the three think otherwise; they find more and more evidence, such as Tim’s frantic phone call on the elevator and a package addressed to him that contained an engagement ring. Meanwhile, Oliver struggles with his relationship with his son, Charles discusses his need for solitude, and Mabel expresses her fear of getting personal with people. They start a podcast titled Only Murders in the Building as they continue to investigate. An old photo is shown of Mabel and the friends she dubbed “My Hardy Boys”, which includes Tim.

Charles and Oliver try to learn more about who Tim was, and along with Mabel they attend a memorial service for him. It is revealed that he was unpopular among many Arconia residents and had several complaints filed against him. The trio go into Tim’s apartment to find more clues, but their lack of trust in one another makes things tense. Mabel privately records a video that reveals she has known Tim since they were children, bonding over The Hardy Boys books and solving pretend mysteries together.

As they grew older, they added new friends Oscar and Zoe. One night, 10 years earlier, the four attended a New Year’s Eve party on the roof of the building, and Zoe was later found dead. As he and Zoe had been arguing earlier in the evening, Oscar was arrested for her murder, but Tim told Mabel that he had seen someone else fighting with Zoe before she died. He did not disclose this to the police, causing a rift between him and Mabel. Later, Mabel revisits Tim’s apartment and finds a cache of jewelry and some of her old drawings.

Oliver uses his theater director skills to find the prime suspect in the investigation, which leads them to their cat-loving neighbor, Howard. They find his cat’s paw prints in Tim’s blood, but upon a visit they discover he has vasovagal syncope, making it impossible for him to be a cold-blooded murderer. Board president Bunny Folger threatens to evict Oliver if he does not pay his building fees.

He goes to his old associate Teddy, begging for money; after initially refusing, Teddy agrees to sponsor the podcast. Charles meets Jan, a professional bassoonist, and Mabel suggests that he ask her out. Oliver sees Sting in the elevator, and thinks he may also be a suspect. Mabel comes across a note from Tim detailing a meeting in one week with somebody identified only as “G.M.”. Oliver discovers a threatening note on his door and that Winnie, his bulldog, has been poisoned, presumably by the same perpetrator.

Oliver suspects that Sting poisoned Winnie and enlists the help of Charles and Mabel to prove he is guilty of both Winnie’s poisoning and Tim’s murder. After consulting Cinda Canning, the host of their favorite podcast, the trio present Sting with a turkey and question him about Tim, revealed to be Sting’s former stockbroker. Sting guiltily confesses that, after Tim lost a substantial sum of his money, he angrily fired Tim and told him to kill himself, but is relieved when the trio announce that they believe Tim’s death was murder, not suicide.

Meanwhile, Charles goes on a date with Jan. It is a disaster, but she agrees to a second date when Charles later shares a personal story with her. Mabel finds out that “G.M.” is actually a place called “Montrose Gems” and Oliver’s son, Will, reveals that he remembers Mabel from their youth and her connection to Tim. A flash forward to a few months later reveals that Charles, Oliver, and Mabel are the subject of Cinda Canning’s new podcast, Only Murderers in the Building.

Mystery Tribune’s Ultimate Guides features comprehensive overview of the most notable shows, books and characters in the mystery and thriller genre.