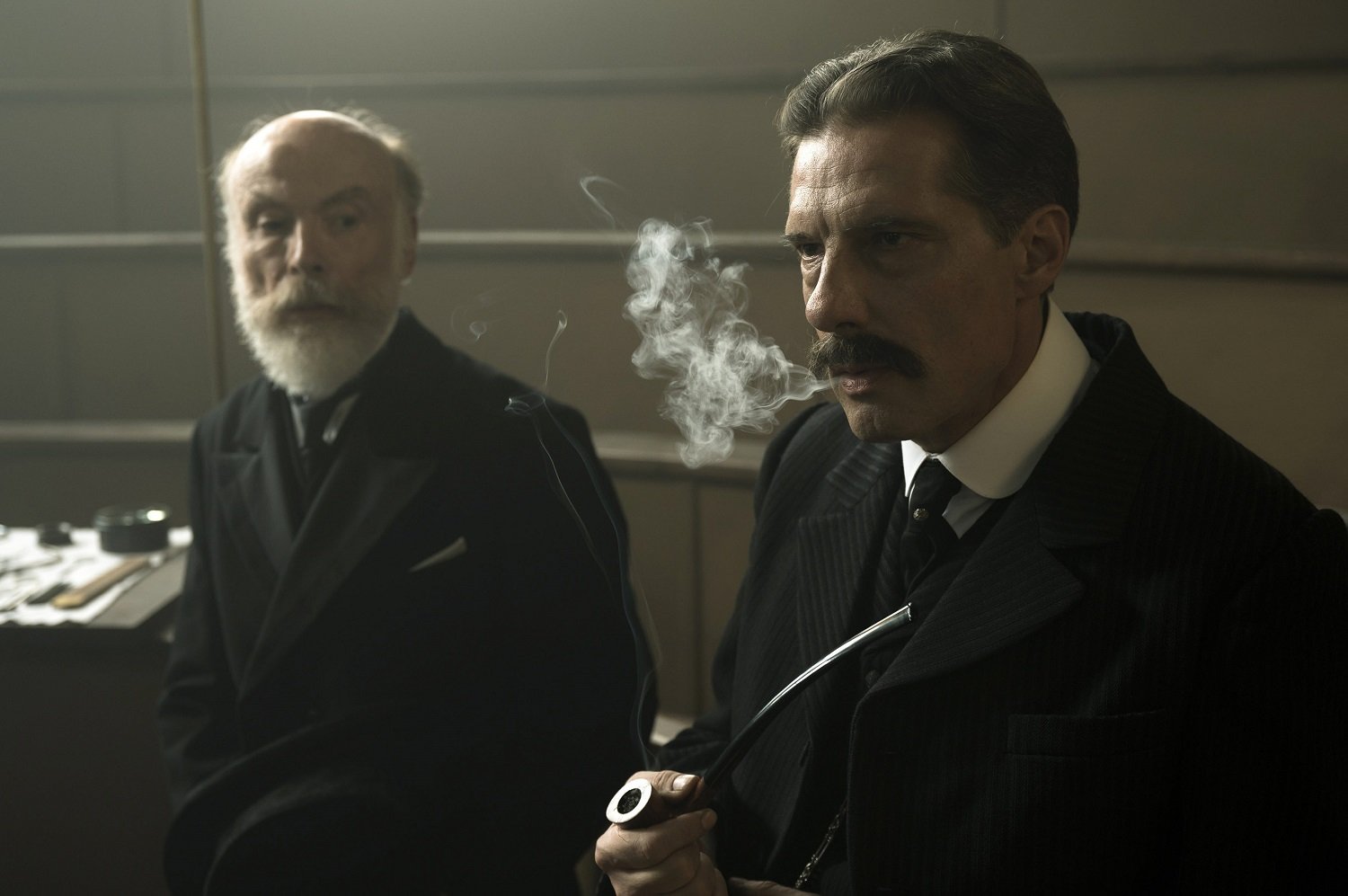 Paris Police 1900 is the popular French crime drama series created by screenwriter Fabien Nury that was first broadcast on 8 February 2021 on Canal+ in France. BBC Four channel in the UK also recently aired the show starting in October 2021.

The show starts with the tragic discovery of a young woman’s torso in a suitcase floating down the Seine. This crime spurs a young, ambitious detective into action, uncovering a heavy state secret against the backdrop of a city at breaking point.

Released in 8-hour long episodes, the series has already become one of the most favorites shows among die-hard crime shows fans. In the following guide, we provide an overview of the story, author and answer some of the most frequently asked questions about the characters in the series.

In 1899 in Paris, the Third Republic is in crisis again. Amid civic unrest fuelled by rumours of the impending release of Alfred Dreyfus, the government is under threat from nationalists, royalists and anti-Semites on one hand and from anarchists on the other. The situation is made worse by the sudden death of the President, Félix Faure.

It is against this background that Antoine Jouin, an ambitious young detective of the Police Prefecture, is assigned to investigate the dismembered torso of a young woman found in a suitcase floating down the Seine.

In the course of the investigation, Jouin encounters Louis Lépine (retired Prefect of Police, recalled to restore order in Paris), Jeanne Chauvin (the second woman in France to obtain a law degree and to be licensed to plead at the bar) and Meg Steinheil (a notorious courtesan turned police informant).

No. The historical backdrop of the series is aligned with the events of the period but not the story and characters.

Where can I stream Paris Police 1900?

The show can be currently viewed via streaming on SBS On Demand.

Is there a second series of Paris Police 1900?

Not as of now (February 2022). But we will update you as soon as it is renewed for a new season.

Mystery Tribune have previously featured the work of Fabian Nury who is well known in crime comics circles. Born in 1976, Fabien Nury began his career by co-writing with Xavier Dorison the script of W.E.S.T (Dargaud; Spooks, Cinebook), a hit series illustrated by Christian Rossi. 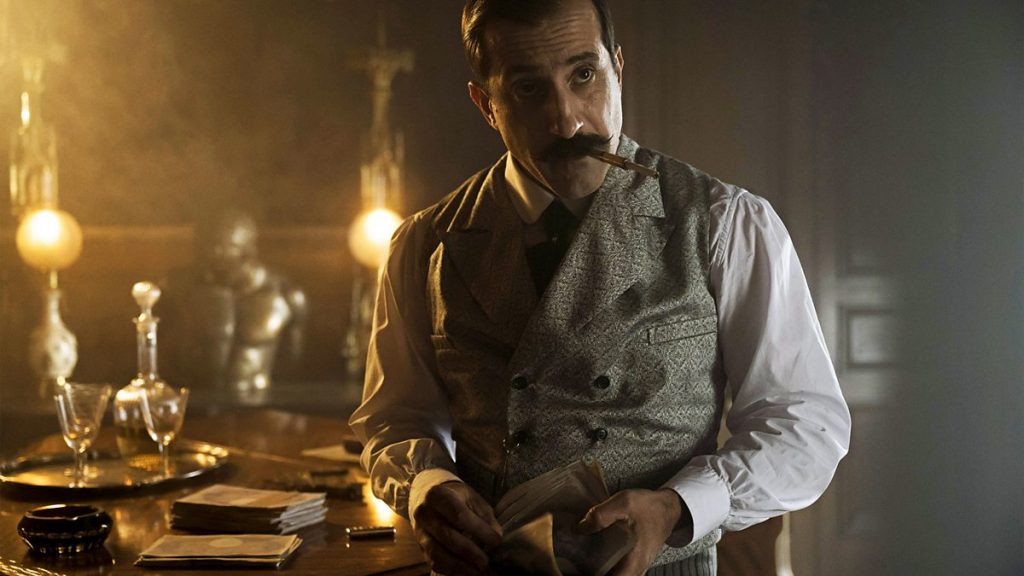 In 2017, alongside artist Sylvain Vallée, Nury struck again with the hard-hitting historical fiction series Katanga (Dargaud, Europe Comics in English), which takes place in 1960 in the post-colonial Congo. More recently, he worked on the biography of Empress Charlotte, lavishly illustrated by Matthieu Bonhomme.

Paris, 1899. President Félix Faure has just died in the arms of his mistress, Marguerite Steinheil (Meg). With the Republic on the verge of explosion, Prefect Lépine is called back to business.

The courtesan Meg, who became a spy on behalf of Puybaraud, head of the police and sworn enemy of the Prefect, infiltrates the Guérins.

Inspector Jouin is in love with Jeanne, a young lawyer with a strong character, who cannot practice but works with Maître Weidmann in the Jewish quarter. She decides to help him with the Berger case.

The police are working hard to solve the Berger case. A few days before the opening of the Dreyfus trial, tension is mounting in the streets of Paris. Lépine foils to his advantage the trap of personal scandal set for his wife.

Meg has fallen under the spell of Gabriel Sabran, as more and more evidence appears against him in the investigation into Josephine’s murder.

Exhausted by years of enslavement and sickened by the Berger affair, Fiersi distances himself from Puybaraud. It provides Jouin with an essential element in his investigation. As for, Jules Guérin, he has taken refuge in rue Chabrol.

While Maman Guérin organises the final details of the riots that are planned on rue Chabrol, Prefect Lépine receives unexpected help from the anarchists.

Jouin wants to find out the whole truth about the Sabran, taking the risk of losing Jeanne. Meg is now thinking about the future and playing her last card with the Prefect.