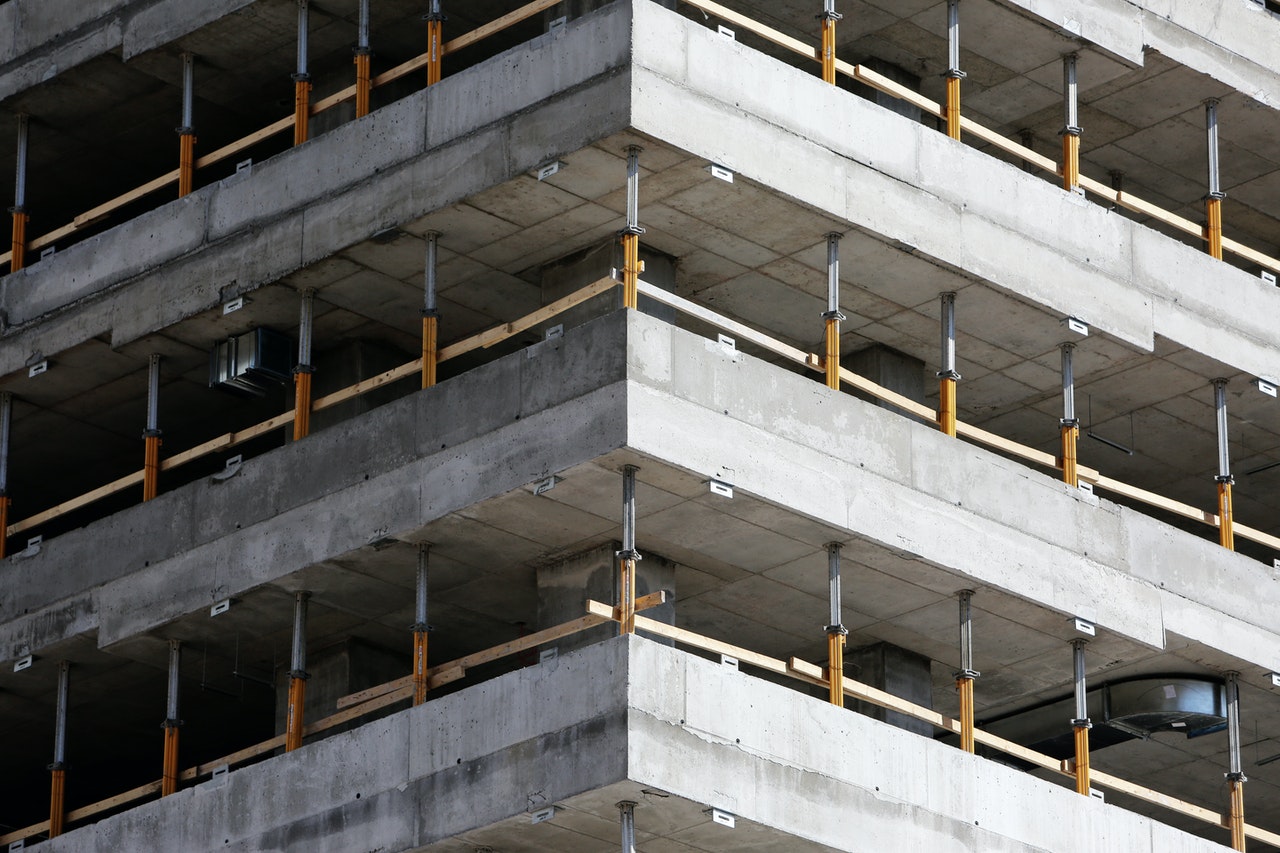 Maura Yzmore, author of Patron Saint, has previously published short fiction in Mystery Magazine, Flash Fiction Online, The Arcanist, and elsewhere. She is a member of the Horror Writers Association (HWA).

I was still a block away from the diner when I heard the crowd. The protests had been going on for months, led by Jed Stevens, who was presently yelling about the evils of gentrification. At first, the protesters rallied against the demolition of the old block across the street from the diner. When that didn’t work, they moved to oppose the new development.

I focused on not getting my cane stuck in the cracks on the pavement. I loved the old buildings, but people needed jobs, and the sidewalk needed repaving.

The construction crowd filled most of the diner, as they’d done every morning since they’d started the build. About a dozen contractors in hard hats, work boots, high-vis vests and pants, all cupping steaming mugs of coffee.

A small group sat in a booth by the front window, clad in business casual beneath safety gear. Probably the engineers in charge, from a big-city firm.

Sally arrived with my breakfast and set it on the table. “Here you go, Peter.”

“Thank you, dear.” I spread a napkin across my lap and nodded toward the construction guys. “How’s this been? They giving you trouble?”

“Them and the Stevens boys,” Sally said. “The other day, Stevens brought a few to pick a fight at lunchtime. Broken bowls, soup everywhere. I was about to call the cops.”

“Yeah, it’s not good. And they’re scaring the locals! Just yesterday, your neighbor Beth was here, about to come inside, when she saw those guys in the window booth, and she hightailed!”

She shrugged. “I keep reminding myself that they won’t be here forever. And the new development will be good for business. I just gotta stick it out till then.”

One of the men in the booth threw his head back in laughter. For a split second, he reminded me of someone, but I couldn’t figure out who.

Beth and I sat in my backyard, enjoying the sunset and sipping sweet tea. Beth’s son Mikey played with Toby, my puppy in name only. I had bought him for Mikey, who stayed at my place every day after school and whenever Beth had to work extra shifts at the hospital. I loved having him over. Both him and his mom.

Beth and Mikey had been my neighbors for just a couple of months when my wife Mary passed away; Mikey was still a baby. Forty happy years of marriage, just Mary and me, until I woke up to her dead in her sleep. Beth saved my life. In the weeks after the funeral, she came over twice a day, brought me food, did the dishes, told me about Mikey and her job. She kept me tethered to this world.

Beth absentmindedly played with her necklace medallion. Saint Nicholas. It used to be Mary’s, and it warmed my heart to see it worn again, glistening in the sun.

“Something bothering you, my dear?” I asked. “You’re quiet today.”

“Sorry.” She smiled weakly. “I saw something upsetting the other day. It’s nothing.”

Beth never talked about her past, and I didn’t press. I hoped St. Nick, protector of children, would shield Beth and Mikey from whatever haunted them.

A huge crowd stood outside the diner. The inside was packed, too.

When I finally made it to the counter, Sally looked frazzled. “Sorry Peter, your spot is taken. It’s been crazy.”

“They found a body at the construction site. One of the crew. Skewered on rebar.”  She made the sign of the cross. “The cops just dragged Stevens and a bunch of his guys back for questioning.”

When Beth came to pick up Mikey that evening, she was pale, with dark circles around her eyes.

“What? Oh, yes. Of course.” She sounded like I’d woken her up from a trance. “Thanks again for taking care of Mikey.”

“My pleasure. You two have a good night.”

Beth’s St. Nicholas medallion was missing. She’d never taken it off before, not since she’d first put it on six years ago.

“The cops say the construction’s back on next week,” Sally said as she poured my coffee. “If Stevens killed that engineer to stop it, it was all for nothing.”

Sally leaned in and whispered, “Rhonda from the station says it might be about a woman.  The dead guy clutched a necklace pendant when they found him.”

I felt my throat close at her words, and took a large swig of coffee. As it burned my throat, I remembered the laughing man in the booth, and I knew exactly who he reminded me of.

Beth and I sat in my backyard, sipping sweet tea. Mikey and Toby were digging in the dirt.

Over the past few weeks, Beth’s color had mostly returned, but the necklace hadn’t.

“You never talk about Mikey’s father,” I said.

Her back stiffened. “Not much to say, really. I was young, and he was not a good man. I couldn’t risk Mikey growing up with him.”

“Was he an engineer? Big-city construction firm?”

I raised my hand. “You don’t have to say anything. Just know that you and Mikey are my family, and I would do anything — anything — to protect you.”

Her eyes softened and her shoulders relaxed.

“Not at first, no. But I put bits and pieces together. Mostly it was the necklace.” I pointed toward where the pendant used to hang. “You’d never taken it off before.”

“Saint Nicholas kept you and Mikey safe,” I said. “That’s exactly what Mary would have wanted.”

Beth touched the unadorned based of her neck. “Peter, I’m so sorry about Mary’s medallion. I never should’ve…”

“Saint Nicholas kept you and Mikey safe,” I said. “That’s exactly what Mary would have wanted.”

Beth gave me a tired smile, tinged with relief and gratitude.

We sat in silence, looking ahead, sipping our sweet tea.