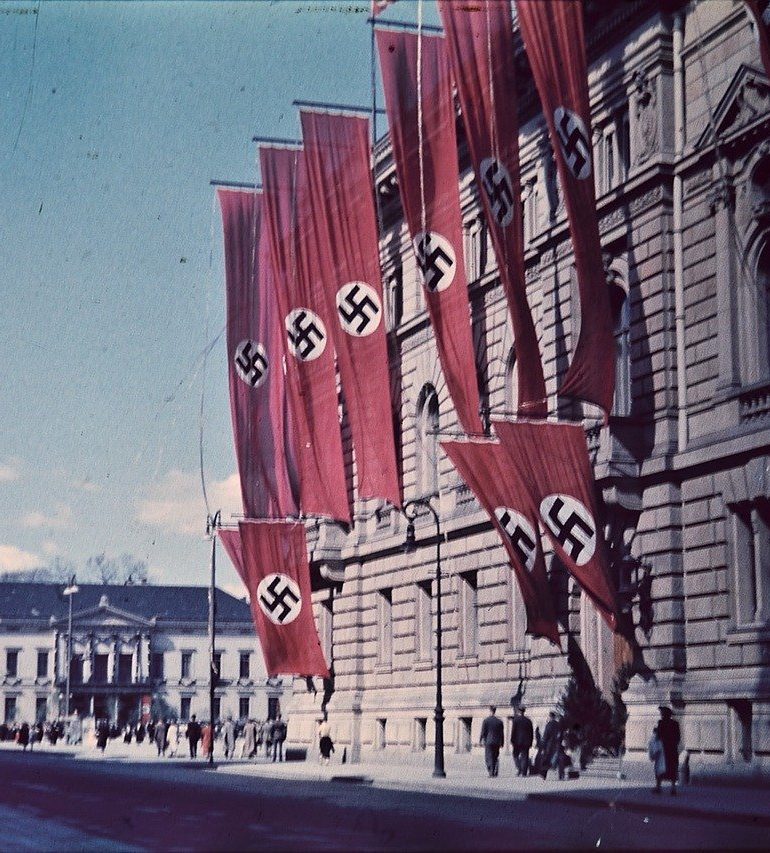 Bernie Gunther novels by Philip Kerr are always skillfully plotted and Prussian Blue is no exception. Kerr’s particular attention in developing realistic, detailed and absorbing historical plots has brought him a bestseller status as well as nominations for both Shamus and Edgar awards.

Philip Kerr’s protagonist Bernie Gunther is a bold and provocative creation. A brilliant German detective during the Nazi and post-war eras, he struggles to maintain a sense of integrity and self-respect while living in a barbaric, lawless society and contending with some of history’s most grotesque – and yet all-too-human – villains, most of them actual historical figures.

According to New Yorker, “…Kerr’s books are about the banality of goodness. And if it can be highlighted by digustingness, then bring on the disguntingness. After all, a banal goodness is all we really require.”

From its start nearly three decades ago, Kerr’s Bernie Gunther series has been showered with critical praise, and has long held New York Times-bestselling status. Now, Kerr presents one of the most suspenseful, inventive, and ambitious installments in the series to date with Prussian Blue.

In 1956, Bernie is living under an assumed name on the French Riviera, where he is working in a hotel and hoping to put behind him the terrible things he has seen and sometimes done. But when he is unwittingly lured into having dinner with the deputy head of the East German secret police, or Stasi, a former Nazi called Ernst Mielke, he realizes that the past has not loosened its grip on him. With all the brutal means of persuasion at his disposal, Mielke forces him to agree to travel to England and poison a female agent, Anne French, who had mortally betrayed Gunther while the two were carrying on an affair. The Poison in question is thallium, which results in an especially painful and prolonged death, and the only antidote to it is a substance also used in paint known as Prussian Blue.

Another unwelcome reminder of Bernie’s past is the unexpected reappearance of a former colleague, Friedrich Korsch, who had been his assistant on one of the most hazardous criminal cases of his career, is now a loyal member of the Stasi. Back in 1939, Bernie had been ordered by none other than Reinhard Heydrich, the number-two man in the SS, to solve a murder at Hitler’s grandiose retreat at Obersalzberg in the Bavarian Alps. At the same time, Heydrich wanted Bernie to dig up any dirt he could on one of his chief rivals, Martin Bormann. Bormann, Hitler’s private secretary, was overseeing the massive construction project at Obersalzberg, where Hitler planned to create his true seat of government, rather than in Berlin, which the Fuhrer viewed as unreliably left-wing.

Although Bernie’s animosity toward Anne French is strong, his desire to never unnecessarily kill another human being is stronger. After bolting from Korsch’s custody on a train leaving a few bodies in his wake, he sets out on a fugitive flight across France, on the run not only from the Stasi but also from the French police, since he is now wanted for murder. His goal is to cross through the disputed border region of the Saarland into the new Federal Republic of Germany, where it is quite simple for Germans with troublesome pasts and sufficient funds to assume new identities.

As his narrative alternates between 1939 and 1956, Kerr mesmerizingly builds the suspense and intricate complexity of his parallel plots. At Obersalzberg, a mid-level functionary has been shot to death on the terrace of Hitler’s own magnificent residence, the Berghof, which sits on a mountain riddled below by countless mining tunnels. The crime sends shudders through Bormann and his minions, who fear Hitler’s wrath even more than the possibility that Fuhrer himself might have been assassinated.

There are plenty of suspects in this rural region of hunters and marksmen, since many of the local residents deeply resent how they have been forced to sell their property at fire-sale prices in order to make way for Hitler’s complex. Furthermore, they have become the chief victims of a massive scheme of exploitation and corruption involving not only construction kickbacks but also prostitution, drugs, and the selling of special favors.

Given only a week to solve the case before Hitler returns for his fiftieth birthday celebration, Bernie plunges into his investigation, fueled by a recently developed stimulant called Pervitin – the original version of methamphetamine. Used in high quantities by workers constructing Hitler’s new capital, no one bothers to tell him that it’s addictive and can lead to hallucinations and erratic behavior. Although Bormann and his lieutenants would be happy to execute the first plausible suspect and sweep the matter under the rug entirely, Gunther insists on following the old rules of evidence and procedure with the same doggedness and integrity that earned him his reputation as an ingenious and incorruptible detective. But as the body count of innocent victims dispatched in the most disturbing ways begins to rise, Bernie asks himself whether is he playing the hero that no one really wants in this Nazi “new Germany,” where murder and the flouting of the law at the highest levels of government have become routine.

Indeed, Bernie must move warily among a rogues’ gallery of many of the top Nazis as Hitler begins planning the invasion of Poland that will set off World War II. Among them are the Fuhrer’s personal physician, Dr. Karl Brandt, who would eventually oversee the gassing of some 70,000 victims; Ernst Kaltenbrunner, who became the top Nazi intelligence official after Heydrich’s assassination in 1942; and Albert Bormann, who mysteriously loathed his older brother, Martin, and unsuccessfully schemed to depose him. Also making vivid appearances in Kerr’s twelfth Bernie Gunther thriller are the real-life Krauss brothers, two Jews who before the war were Berlin’s most famous burglars and safecrackers; and Gerdy Troost, an intelligent and talented architect who became one of Hitler’s close confidantes while apparently maintaining some distance from the worst of the Nazi crimes.

As Bernie Gunther draws ever nearer to solving the murder at Obersalzberg and apprehending its perpetrator in 1939, his later self must rely on every bit of his courage, resourcefulness, and luck as he scrambles to stay one step ahead of his pursuers in 1956. Yet despite the vastly different eras in which these episodes are set, Kerr expertly draws them together in an incendiary conclusion that is as startling and plausible as it is satisfying.

A notable and rare element in Kerr books including this title is that the reader really feels himself / herself within the story while reading the book. This is partly, thanks to the amazing attention to details and also due to the brilliant construction of the plot by the author.

Without a doubt, Prussian Blue is one of the best books we have read in 2017.

Like Books By Philip Kerr? Check out the following exciting titles.