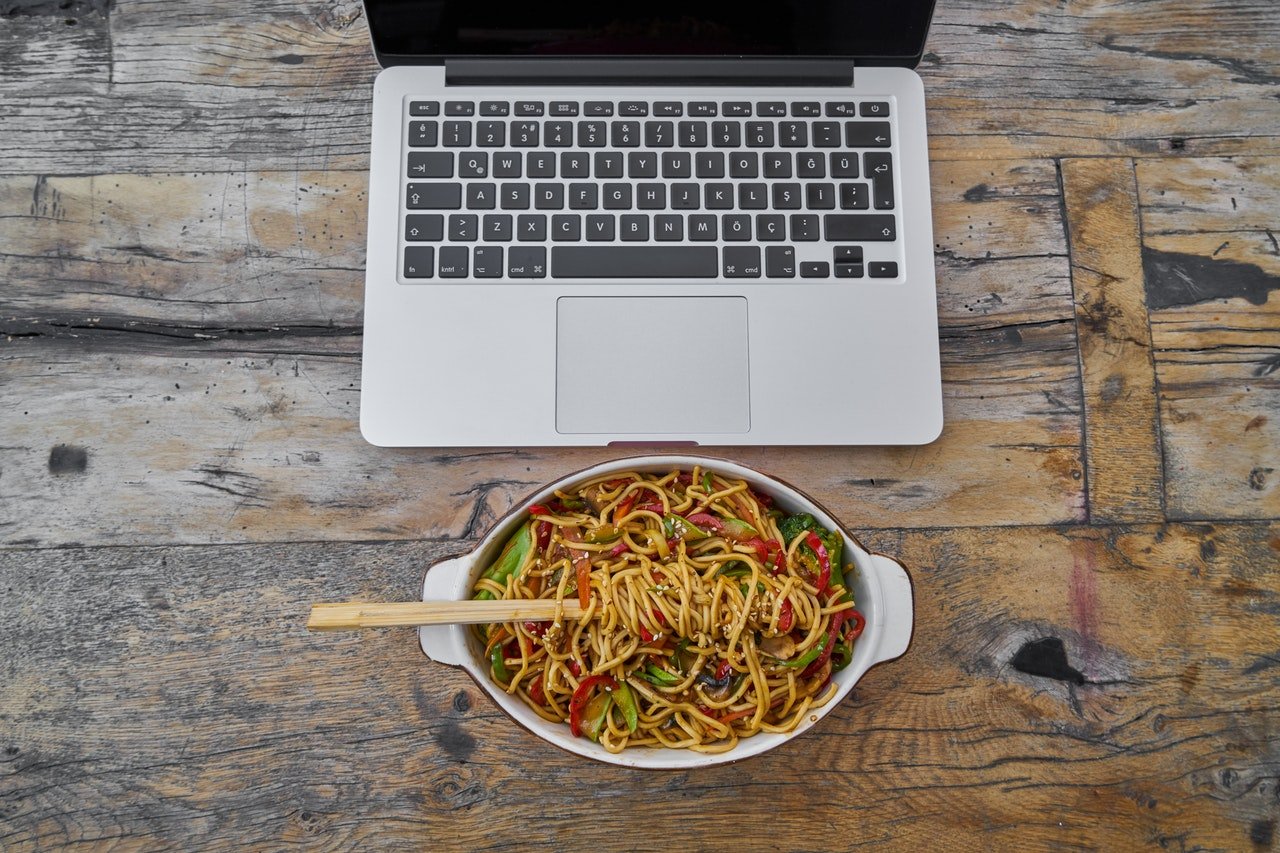 Cate Moyle, author of Prologue To A Cheap Sauté, has won numerous recognitions, including the latest as a Silver Falchion Award finalist.

She is also an award-winning poet, having been published in literary journals from The Southeast Review to Wicked Alice.

How could we not see it? That whipping and filleting. The word count on her use of the word serrate. All of those boils. Perhaps not unusual words for a recipe blogger. Maybe we were over “the storytelling” aspect of foodie adventures after our beloved Julie & Julia blog ended and so we simply moused past screens of anecdotal paragraphs. I mean, by Stella’s third recipe posting, readers knew the names of her various cat rescues and the numerous podiatrists who were unable to remedy her gout toe. Something was always gimping in her world—herself or a feline.

Still, my friend Maryann and I liked the food creativity in Stella’s Cheap Sautés. Her recipes afforded gourmet eating from a tube of ground meat. Stella was a marvel at substitutions. “No cumin? Use paprika! One strong spice can hide cooking blunders as well as another!” Heat as a cure-all was often advised. And the number of culinary ills she cured with Bac-Os? Miraculous. This was the standout factor for the blog—how to get big taste with very little fuss.

…my friend Maryann and I liked the food creativity in Stella’s Cheap Sautés. Her recipes afforded gourmet eating from a tube of ground meat.

Every Wednesday, Maryann would text me a mood level for Stella’s weekly posted recipe: “Feeling a 3 on Brunswick Stew. A big MEOW drama to skim past.”

The blog postings typically opened with “This week in Stella’s saga…” and the latest ailment, or offending human, comprised the paragraphs leading to a “Now, for the goodies…” section. How could I not view her maudlin openings as prologue and completely optional?

Whenever Maryann rated a recipe above a three, I read the “goodies” section, skipping over personal theatrics. It’s not that I didn’t care, but the seesaw of poor-kitty and poor-me stories became too much. We peppered the comments section with—“Give ‘em hell!” and “Go girl!”—knowing this was the attention Stella sought. And she never invited opinions beyond affirmations.

Nearly a year into blogging, Stella’s Cheap Sautés stopped accepting comments and her postings ended. It had remained quiet for a couple of weeks, when a police investigator contacted me. In an officer-friendly email, he requested my phone number and then the questioning began.

What was my relationship with Stella Bouchère?

It took a moment to place his questions in context since I didn’t even know her last name. As I tripped over answers, my iPhone shook with messages from Maryann. “WTH?!” messages.

Had I ever requested a particular recipe?

Evidently, there were confessions slipped within our unread portions of the blog—as asides or double-entendres. Like Shakespeare’s play where a grieving father unwittingly reveals the Queen’s evil children are baked in the pie being consumed. Each one of Stella’s loud, filthy neighbors had a special recipe. Larry in the Leftover Fricassee. Nate’s remains in the Ratatouille Niçoise. A leg of Hurley in the Hungarian Goulash.

Could I tell them the whereabouts of a neighbor named Suzanne?

I stammered. The officer pressed.

Or about the last posted recipe—the Chop Suey?

Though I hadn’t followed that recipe, I remembered its sidenote. “If the meat’s gone long, sprinkle it with Ac’cent.” Ah, MSG, another Stella panacea. At the time, I had added the comment, “Long dead and gone? That’s most of my fridge contents!”

The investigator read my words and Stella’s response aloud, “ ‘Well, gurls got to eat—I won’t tell anyone if you don’t.’” He cleared his throat. “So explain to me, about Stella’s fridge, and your own?”

Now and again, I may read a food blog, auditing the passages and avoiding the comments.

If you’ve enjoyed Prologue To A Cheap Sauté, you can visit our free digital archive of flash fiction here. Additionally, premium short fiction published by Mystery Tribune on a quarterly basis is available digitally here.