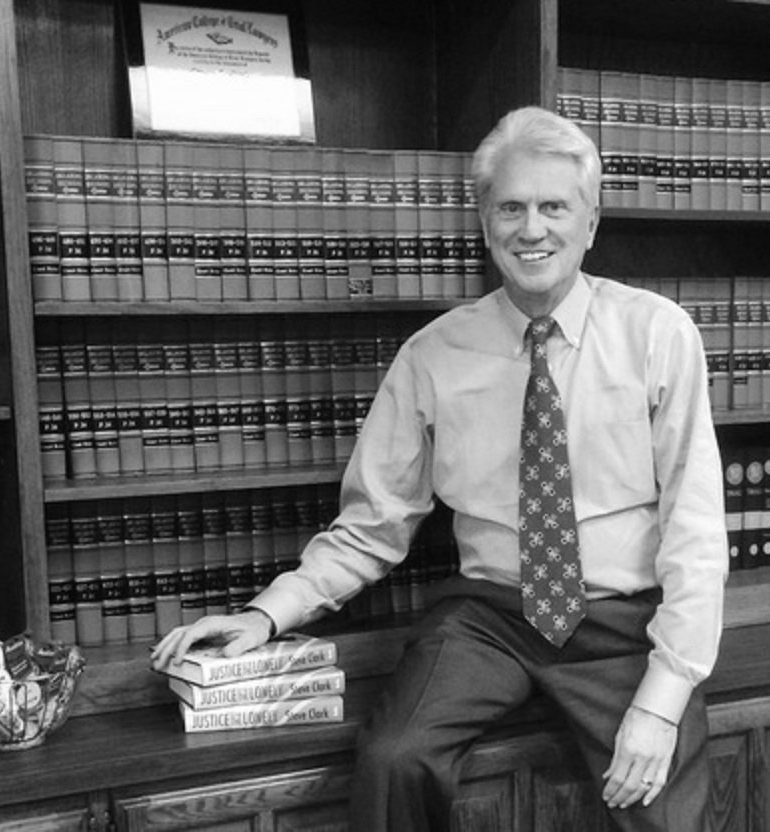 Q&A With Steve Clark, Author Of “Justice Is For The Deserving”

“Super Lawyer” Steve Clark feels right at home when it comes to writing about his main specialization, medical malpractice. In his recently published legal thriller, Justice Is For The Deserving

, Clark thrusts his empowering female protagonist into a whirlwind of drama yet still manages to give an honest depiction of the reality of malpractice law.

In Justice Is For The Deserving

, the heroine Kristen Kerry starts her own law firm after meeting her first client the tragic Dunn family who have lost their baby due to a hospital error. Kristen becomes involved with a crook the case leads to murder and Kristen is charged. She must use the discovery process in the case to find the person framing her, but solving the puzzle will require Kristen to fight for her life.

What comes below is a Q&A with the author on his inspirations for this novel and his future work:

Your new story is indeed an intriguing legal thriller. What inspired you to write this book?

I’ve used the two Kristen books to address questions which intrigue me. Lawyers are taught that it is unethical to call a witness whom the lawyer knows is going to lie. Since hearing that forty years ago in a law school I’ve often wondered what a real lawyer would choose if he or she would lose his job, his clients, and his practice, for failing to advance the lie the client was asserting.  Who would have the courage to obey the rules? And would any attorney ever peer behind the client’s story and test its veracity? Into this dilemma I threw Kristen Kerry in Justice is for the Lonely. The consequences of her decision follow her into Justice is for the Deserving.

How do people overcome lingering emotional problems stemming from childhood? Kristen is an adult child of alcoholic parents–a recognized psychological syndrome. I’ve known people with this issue–their difficulties functioning as adults, their mistrust, insecurity, and occasional recklessness are written into the character, Kristen Kerry.

What is honor worth? Her back story was as much fun to write as the actual novel. She had been physically, although not sexually, abused, by her father. When he was summoned to appear before his state medical board, charged with patient abandonment, eighteen year old Kristen testified against him, giving the panel no choice but to pull his license to practice. Kristen’s testimony could not bring the patient back to life and would cost her a home and family, but she did it for honor and to some extent for revenge.

What is the value of pride? At the beginning of Deserving Kristen has no job, but can marry a rich, handsome man and never worry about money again. Many former colleagues think she won the trial in Lonely only because Stern threw it for her. He was in love. Her pride will not let her quit the law or marry Stern, although she must start from scratch with no clients and an empty office. That pride leads her into deadly trouble an in Deserving.

Lastly what would you endure for love? In Deserving. Kristen believes Stern’s daughter has been kidnaped and that the crime is indirectly her fault for dealing with a scoundrel. Even though Sarah is not her daughter she elects to risk her life to save her, knowing she must find the kid or forever lose her lover, Michael Stern.

What was the most challenging part of writing the story? How long did it take?

Developing the right pacing and editing the manuscript down. Lots of my favorite scenes that I thought were great character development are gone. As they say keep the reader turning pages to find out what happens next. Also I worried that the brutality Kristen suffers in the climax of Deserving might be too much. But once in a terror-filled situation I had to let her fight her way out and think the conclusion is realistic.

Do you usually conduct field research or receive council from legal experts to get the details right? How would you go about doing that?

The legal cases are modeled in part from my experience. Since I do medical law I know a fair amount about medicine, but I consulted  a cardiologist to make sure the cardiac arrest could be reversed, and I think that worked well, especially when a child does CPR. I won’t tell you arrests.

What writers have been your inspiration in your writing career?

English writer Mark Brunell: Although not well known in U. S. his Petra Reuter, an orphan and loner, who is recruited by MI6 to be an assassin, is even tougher than Kristen and carries as much guilt for what happened to her parents. Scott Turow is the master of court room drama. His pacing is extraordinary. I love Tolstoy and his tragic characters–poor Anna searching for love. In War and Peace, two people, Princess Maria and Rostov, one lonely and abused by her father, the other adventurous but unanchored, find love with each other—like Kristen Kerry and Michael Stern.

Do you have another book in the works?

At least two more Kristen Kerry novels are planned and have been through several drafts. As a newly married woman Kristen goes to London with her husband’s daughter on a spring break class trip. When two girls are lured into a local terror cell the other parents beg Kristen, martial arts instructor and experienced snoop, to get the girls home before they can kill anyone or be arrested by British police.

Another is roughed out. Kristen returns to England at the request of a British cop she met and helps her learn what happened to her father, who supposedly committed suicide.