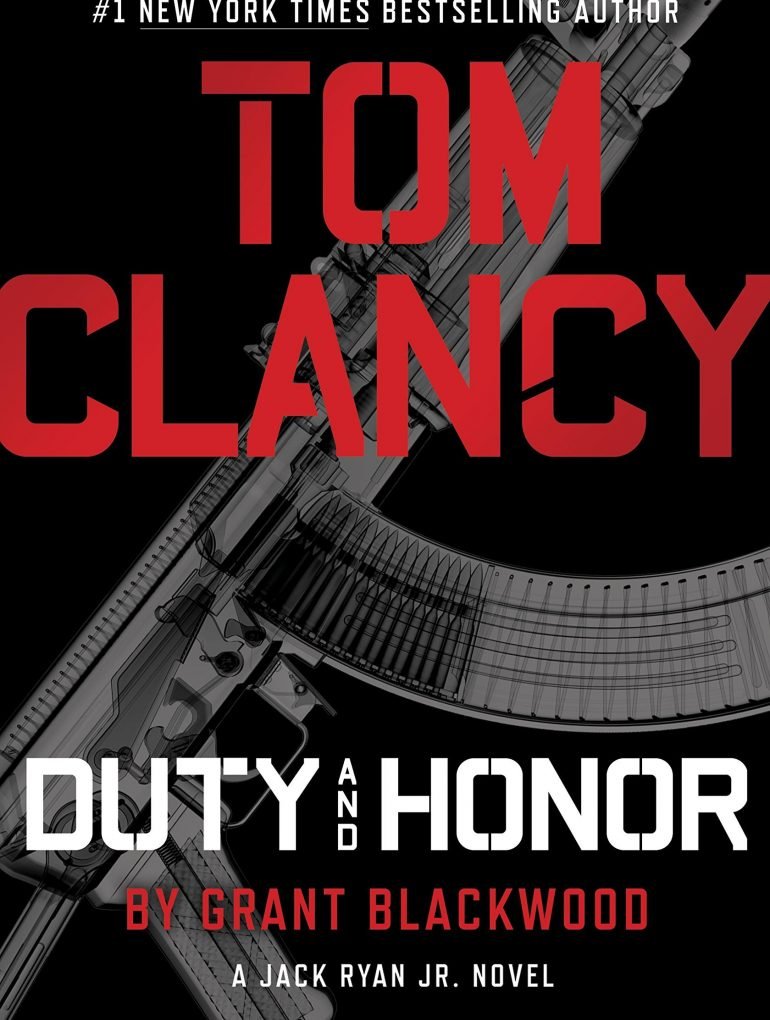 Tom Clancy might not be among us anymore but in his absence, Grant Blackwood has done a fantastic job with the latest Tom Clancy novel Duty and Honor

. If you are into fast-paced intriguing plots this is a great read!

Even though he’s on forced leave from the clandestine intelligence group known as The Campus, Jack Ryan, Jr., still finds himself caught in the crosshairs after an attempt on his life is thwarted when he turns the tables on his would-be dispatcher. Convinced that the attack is linked to his recent covert actions with the convalescing Iranian national Ysabel Kashini, Jack sets out to find out who wants him dead, and why.

Using clues found on the now dead assassin, Jack pursues the investigation, following a growing trail of corpses to the European Union’s premier private security firm, Rostock Security Group, and its founder, Jürgen Rostock—a former general in the German Special Forces Command. Rostock is world-renowned as a philanthropist and human rights advocate. But Jack knows him from a Campus mission revolving around a company linked to RSG—a mission that has put him on Rostock’s lethal radar.

Without any Campus resources, Jack launches his own shadow campaign to uncover the truth about Rostock and a long-running false-flag war of terror that has claimed thousands of lives. Yet all of that bloodshed is but a precursor to a coming catastrophic event that will solidify Rostock’s place among the global powers. An event that Jack must stop at any cost.

Blackwood’s language is easy to follow and the intriguing plot behind the story never slows down. You can read this title in one sitting and the length of the book is also perfect (not too tick and discouraging). The scenes portrayed by the author are very cinematic although they might not always be realistic. A perfect read for thriller lovers, this new Jack Ryan title does not disappoint!

You can check out the following exciting Jack Ryan titles from Tom Clancy. Click on the images to go to Amazon page for each title and find out more info.