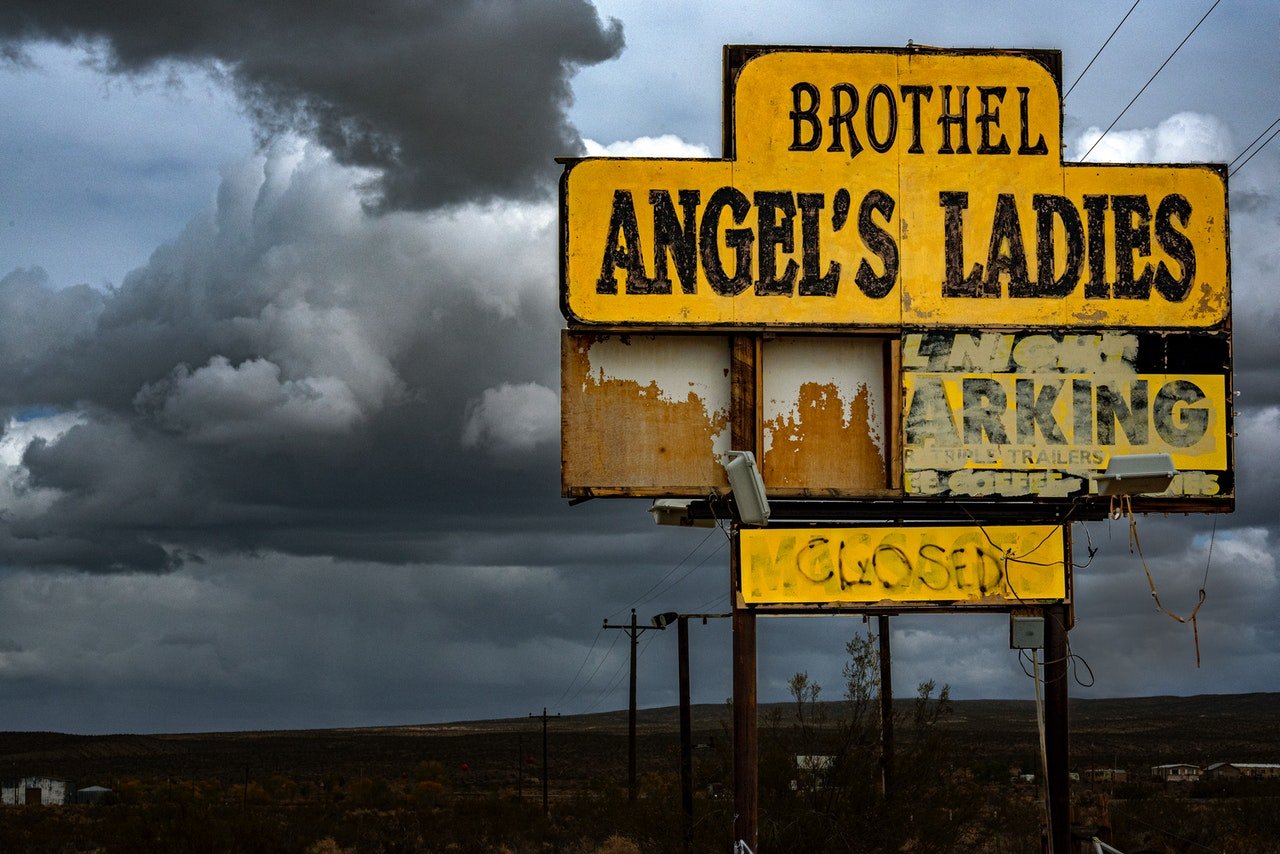 Let’s make one thing clear… I ain’t the good guy.

Case in point, when the shit went down, I was frequenting a South Phoenix whorehouse specializing in fresh immigrant girls. More bango for your dinero in a place like that. Hey, don’t mad dog me. We all pay for it one way or another. I just prefer leaving four hundred on a nightstand over losing half my net worth to some divorce shyster. But I digress…

Had my time with a sweet little senorita, went by the name Carmela. Ass like a peach, but she dripped sweat like crazy. Honey brown skin glistened with the stuff. After we did our thing, I laced up my Docs, watching her crop dust her body with cheap perfume.

“You gonna wash up?”

Had my time with a sweet little senorita, went by the name Carmela.

That’s when I heard the scream.

Now, you hear a scream in a whorehouse, you don’t go looking in the hall. You don’t want to be a witness. So why’d I do it? ‘Cause the scream wasn’t from some used-up meth whore getting slapped around. It was a little girl’s scream.

If I was smart, I would’ve ignored it, waited ten, then slunk out into the night. But nobody ever accused Mrs. Connor’s son of being over abundant in the brains department.

I heard Carmela’s voice behind me. “Don’t” was all she said. But I was already out the door.

Down the hall, a gang banger dragged the screamer around a corner. She was a little blonde kid, maybe eleven with sea-green eyes. I know shit-all about fashion, but her clothes said money to me—a little skirt and polo top, like you’d wear to a country club party. What the fuck was she doing here, being handled by a vato with prison tats crawling up his neck?

I didn’t know the banger personally, but those dead eyes told me the kind of man he was. He must’ve made the same assessment of me. We didn’t have any words. Instead, he reached for the small of his back, and I bulled at him.

His mistake, going for the gun. I was on him before he could clear it. Smashed him with a clean right cross and saw his knees turn to Jello. Hit him again as he fell to the tile. Then I put my boots to him. He was a big dude, lots of muscle under that wife-beater shirt. Maybe he would’ve taken me if he’d had both hands free. But with one hand reaching for the pistol and the other wrestling with the girl, he never had a chance.

I felt his teeth break off at the gum line and decided I’d kicked him enough. Scooped up his pistol, an old Browning Hi Power, and shook the girl back to the world.

She nodded, eyes wide, bottom lip trembling. I could almost hear her brain ticking away, wondering if I was her savior or another bogyman.

The girl wasn’t talking, and that was okay. We didn’t have time for conversation. The whorehouse had taken up residence in a rundown motel that hadn’t seen a cleaning lady in 20 years. Pissed-colored carpet ran down the second-floor hall—doors lining both sides. One of those doors popped open and another vato—a skinny runt—rushed out gripping a Nickle-plated .357. Dude looked like a little kid holding such a big gun.

I didn’t bother aiming. Just brought the Browning up and let the lead fly. Bullets punched through the wall. Plaster sprayed the hallway like shrapnel. My ears rang. The vato sunk back into his room, never getting a shot off. To the girl’s credit, she didn’t make a sound.

I held my breath and waited, drawing a bead on his doorway. Seconds ticked by… long seconds. Finally, the vato appeared again, swinging his .357 around. I popped him twice, center mass. He sat down right in the middle of the hall. A look of dumb-ass disbelief appeared on his face as blood bubbled out the holes in his chest.  My Spanglish was good enough to translate his weak whispered curses. No hard feelings on my part though, so I let him die in peace rather than knee-capping him. ‘Cause that’s the kinda guy I am.

Me and the girl hit the stairwell running. I took the steps three at a time, dragging her behind me. Twice we almost tumbled. But somehow, we made it to the parking lot. My Impala waited, a radiant rust-bucket vision under the moonlight. The engine kicked and we roared out of there, bulleting towards the freeway ramp.

I didn’t ask, “Are you okay?” That’s a stupid question to ask a young girl you’ve pulled out of a whorehouse. She was a long fucking way from okay.

Instead, I let the silence hang between us for a few miles then threw her a glance. I still heard the gunshots ringing in my head.

“So, how much money do your parents have?”