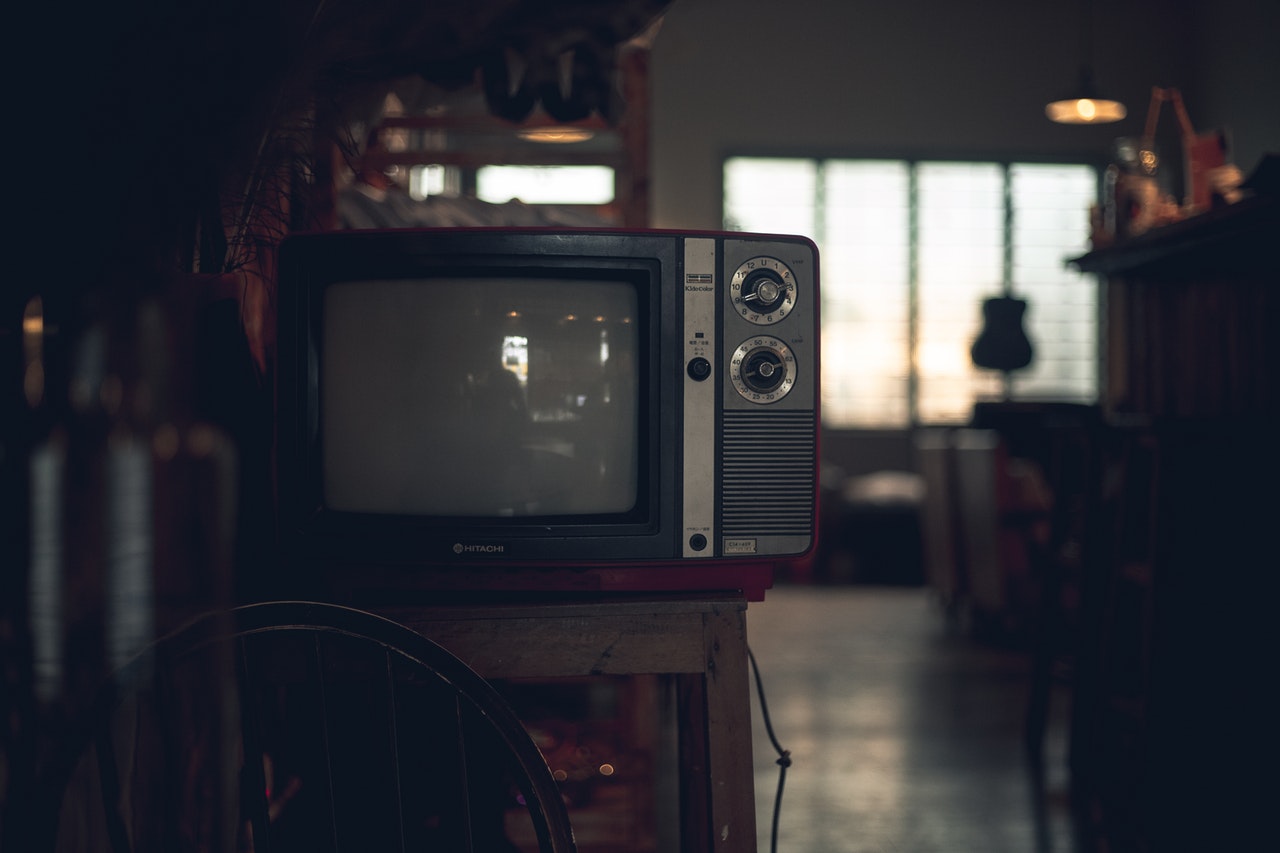 Jack Bristow, author of Rent Control, has published short fiction in The OC Register, The Times of San Diego, The Saturday Evening Post, Purple Wall Stories, among others.

Let’s face it: The prices to rent an apartment in Los Angeles are steep. Twenty-five hundred dollars a month for a crummy one-bedroom apartment. How the hell did we get here? Who can afford such exorbitant prices? I always tell people, you want to celebrate your American dream, then celebrate it. But don’t let your dream become someone else’s nightmare…

“The Median rent price spiked 17.8 percent last year, sending shockwaves to the renter market that was used to an average annual increase of only 2.3% from 2017 to 2019, according to the latest report by Apartment List,” writes Forbes.com.

I’m a guy who’s once divorced, no kids, no alimony. And I’m struggling, moonlighting as an Uber driver on week days and a bartender at the White Horse Bar and Grill on Sunset on the weekends. And I’m struggling to make ends-meet. Many times, my landlord, Mr. Lowry, comes knocking on my door, demanding the money. “So sorry sir,” I tell him obsequiously, nearly every month. “I just about have enough to make the nut. Come back tomorrow and I’ll have it all.” Then Mr. Lowry will walk off, the pleasant smile on his face failing to camouflage the disdainful malevolent expression in his eyes.

I’m a guy who’s once divorced, no kids, no alimony. And I’m struggling…

Now I can hear you thinking: “Why don’t you just move away, Giuseppe? Clearly, your meager funds can’t afford the City of Angels. That’s not helpful for me. You think greed is only limited to Southern California? Ever hear of Mars, Pennsylvania? It’s a miniscule town with the population of less than 1500 people. It’s where I spent my formative years. For a one-bedroom on the good side of Mars Pennsylvania you have to pay 1500 dollars a month.

Hey, if I’m going to be gouged, I’d rather be gouged in a smog-filled tropical paradise, a place that has an ocean, a lot of stores, and a movie industry that might one day option my screenplay: The Looter, instead of being gouged in some two-bit hick town, that’s got a lot of snow, some of the highest cases of Lyme disease in the country and no chance of advancement.

If I’m going to be gouged, I’d rather pay a little more and suffer to keep my dreams alive, than not pay less and have them completely extinguished.

But I’ll tell you: Dreams notwithstanding, I still am riddled with angst and uneasiness. Every month, without exception, I worry about paying the rent. Sometimes I just barely make it by the skin of my frigging teeth. Sometimes I have to go to the Baptist Church, hat in hand as it were, and snivel and feign humility only to return to my little rat’s nest with a box full of someone else’s leftovers–stale bread, musty milk, about-to-expire eggs and hard-as-rock Fruit Roll Ups. Other times I end up donating my blood and peddling my valuables–gaming consoles, Bluray players, acoustic Taylor guitars–on Craigslist.

Last week, Mr. Lowry knocked on my door again demanding the rent. I felt terrible that day, my friends. Not because I lacked the money; I already had placed it in the envelope to pay Mr. Lowry.  2500 dollars. All crisp one-hundred-dollar bills, with that new ink smell, fresh from the ATM. What I hated–what really rankled my feathers–was that I had to take nearly all the money I had slaved away for working two jobs, and hand it over to this insatiable swine.

Last week, Mr. Lowry knocked on my door again demanding the rent. I felt terrible that day, my friends. Not because I lacked the money…

I never really got to own anything because, due to the high costs of living in LA, I had to fork over practically my whole paycheck just for living expenses. That afternoon Mr. Lowry showed up, dressed up in a tracksuit, wearing his horn-rimmed eyeglasses, looking like some kind of bizarro Ed McMahon who I had to pay.

“Hey, Giuseppe,” he said. “The rent is five days overdue again. Cough it up, buddy,” he said, play-punching my arm.

I handed Mr. Lowry the envelope. Mr. Lowry smiled, opening it in front of me like it was a box of freshly baked doughnut from Sal’s Bakery. Anyway, he shook the envelope confoundedly by his ear. And then he pulled the money out and counted it carefully. “A thousand dollars. What is this,” he stammered. “Some kind of joke, Giuseppe?”

Mr. Lowry picked at his scalp anxiously. “What do you mean, you feel this price is right? Giuseppe, we have a contract here.”

Just then — out of impulse, probably — I pulled the snub-nosed thirty-eight handgun from my chino pants pockets, pointed it at Mr. Lowry’s forehead, pulled the hammer back, and squeezed the trigger a little bit. “Mr. Lowry,” I said pleasantly, like we were old high school friends or something, “I would like to invite you into my humble abode and explain to you my position.”

Mr. Lowry was shaking something terrible. I motioned for him to sit on the living room couch. I sat on the barcalounger across from him. “Don’t worry about nothing, Mr. Lowry. I just want to talk to you.”

He rose his voice a little too high. “Please tell me what the hell is going on here?”

“Shhhhh,” I said, making a zipping motion at my lips. “Don’t talk loud, or I will have to pull the trigger.”

Mr. Lowry gasped. “What has gotten into you, Giuseppe? You never used to act like this.”

I exhaled mightily. “The truth is, I’m not very happy, Mr. Lowry. I work very hard all month with two jobs, and I have to give all my money over to you,” I said, keeping the 38. trained on the old man’s head all the while. “You know, I moved to Los Angeles because I have aspirations. I want to get into the movies. I’ve even written a screenplay.” I told him all about “The Looter.” “In any event,” I continued,” I am doing all this work just to pay my rent and I am satisfied. I have no time for myself or my ambitions. If I pay one thousand a week, that means I can work less, and have more time to hone my writing skills and perfect my screenplay.”

“Hey, hey, hey,” Mr. Lowry’s voice cracked. “All right then. Look, you’re an artist, kid. I totally respect that.” He daubed his forehead with the bottoms of his palms a few times. “You want to pay me one thousand dollars from now on, that’s a great thing. I will just try explaining it to Mrs. Lowry, but I am sure she can adjust. I own several units in this complex and around the city.”

“I hope I can trust you,” I said, still holding the gun on him, relishing in this rare moment of power for me. “But I have some insurance,” I said, as Mr. Lowry stood up. “What kind of insurance,” he said, eyeing me suspiciously.

“You know the aforementioned Mrs. Lowry,” I said. “How you will have to explain to her you will be cutting back on my rent price, giving me a little cushion?”

He nodded his head, clearly not seeing yet where this was going.

“It’s good that you tell her this,” I said, “and good that you already know not to tell the police about our little incident here today. Because if you did, I would have to inform Mrs. Lowry how I saw you smooching on Mrs. Eastman, down the stairs from me.”

Mr. Lowry stopped dead in his tracks. He laughed many times. “You must be mistaken, Giuseppe. I never cheated on Mrs. Lowry, especially not with Mrs. Eastman. She’s simply not my type.”

“Funny you should mention it,” I said, pulling out a picture I had blown up and printed at the local Fedex.

It was a picture of Mr. Lowry standing at Mrs. Eastman’s door, kissing her cheek.

“That was just a kiss between friends,” Mr. Lowry said, swallowing his own saliva immediately afterwards.

“I wonder if Mrs. Lowry will see it that way?”

Mr. Lowry stood still in front of the door a few minutes. Then he said, “Okay, Giuseppe. You made your point. 1000 dollars a month. No police. Don’t worry about a thing.”

After Mr. Lowry left the premises, I smiled, confident he would not tell about this little caper to the police. This man was sitting on a proverbial goldmine of rental properties in Southern California. The last thing he wanted to do was risk divorce and alimony, settlements, the works with an angry and embittered Mrs. Lowery. True, I hated resulting to such sleazy tactics like blackmail, however, I felt at the end of my day my actions were justified.

All I wanted to do was enjoy Southern California and the fruits of my labor without being gouged.

Is that so much to ask?