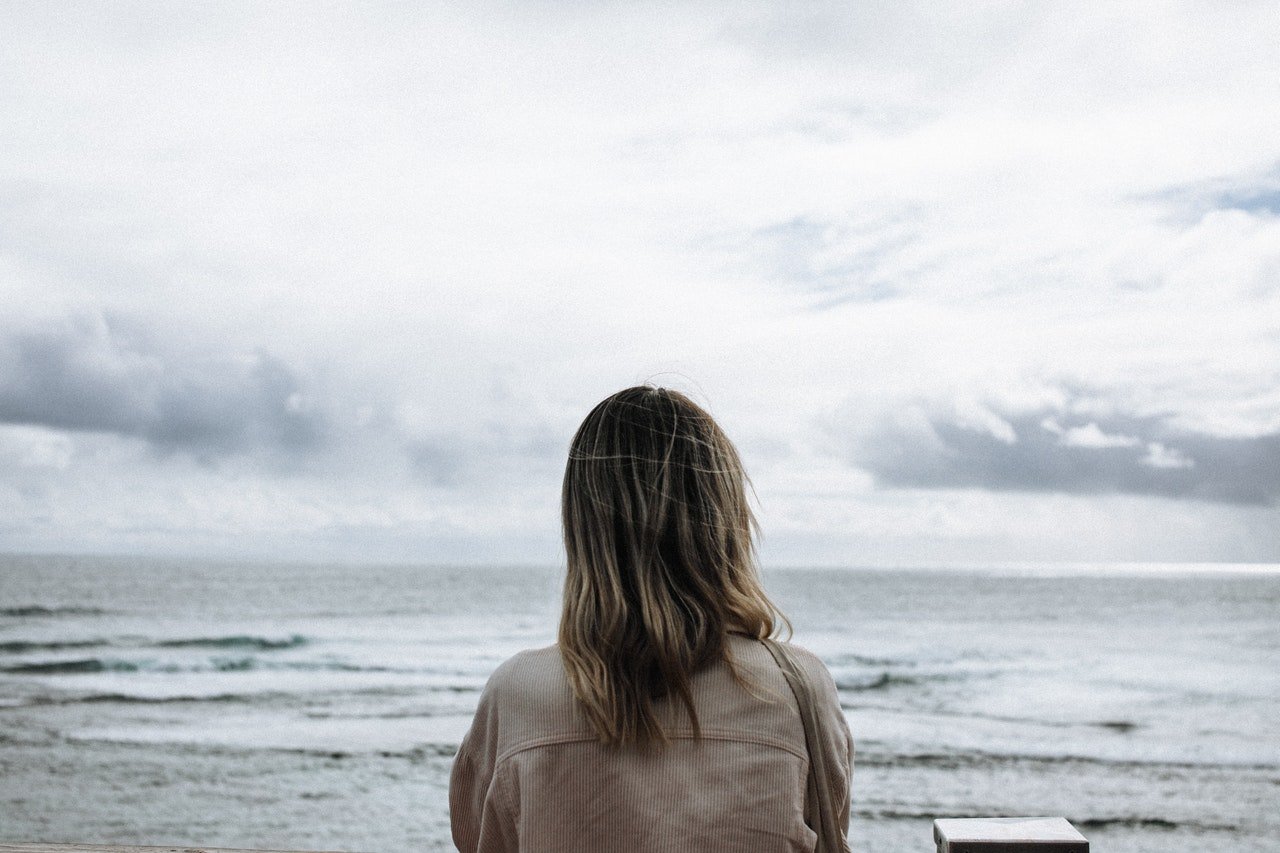 Catherine O’ Brien, author of Reprisals, is an Irish writer of poems, flash fiction and short stories. She writes bi-lingually in both English and Irish.

Her work has appeared in Iris Comhar, Idle Ink, Janus Literary, Flash Boulevard, Loft Books, Ellipsis Zine, The Raven Review, and Virtual Zine among others. She holds a Ph.D. in English Literature.

Outside all was silent, even the birds, though I could feel their predatory presence heavy and cool, aching to feel air under their wings. I could see others standing in the moonlight wringing their hands with the night marbling their faces. I felt an acidic terror churning in my stomach as the crier stepped forth onto the town hall steps. The silent language of despair stalled all traffic.

My heart was a drumbeat as his lips parted. ‘Smith’ was called. The relief was instantaneous and fleeting like the appearance of a dimple as part of a smile. I averted my gaze so that I didn’t see another life cut like the soft flesh of an overripe fruit. Each night marks the rending of another life.

Smith taught me how to drive. He relocated here with his wife and children and moved slowly while he filled their house with tiny boxes. In a few short hours, we were to hear the minutiae of his life ridden of its congestion, liquefied for mass consumption and sent flowing through the streets. I worried for him that nothing would be lipsticked over.

He relocated here with his wife and children and moved slowly while he filled their house with tiny boxes.

When the moment comes, he stands outside alone. His family do not join him, their absence is unmissable.

As a young boy, every morning John would loop, swirl and pull hope into his life as he tied his shoes and every night that hope would unravel gently in his hands.

“When he was young, John Smith walked an empty promenade, friendless but always seen”

John didn’t flinch. There was worse yet to come.

“In his twenties, he cut himself off from everything and everyone he’d ever known and tried to remake himself. He turned the key in the ignition of the life he wanted. He boxed his way out of the shadows and into the light. He fell into the routine of loving her. She felt she wasn’t enough to supplement his missing parts. He wrote letter after letter. His heart was left small and wizened like a walnut. The girl became a ghost, pinning the blame on him and walking backwards through walls.”

John stood half-naked under the flickering candlelight of heavy stares.

“A team of detectives scoured his life clean not understanding that he had showered and burned his clothes. He cooperated when they stopped by uninvited and served them chamomile tea. He was the perfect candidate to become a soulmate to a lie.”

He stood tall; his eyes closed to the ire of our judgements. His memories were of leaping dolphins sleek and purposeful in their courtship of the boat. His thumb massaged a trace of invisible blood on his palm.

“John Smith is a masterful liar. He nipped and tucked the jigsaw pieces we needed most and placed them back in the pile. He cast the severed snippets around under shadows. We found her bracelet at a disused mine. Her family confirmed she had been wearing it.’

That was enough for some to set the heavy table of justice silver. They came from near and far clambering over lattice fences, snarling and baring their teeth, striding long legged from the woods to meet him on his front porch. His family were frantic and dashed from room to room to lock the doors from the inside. His arms lay limpid at his sides ready to fall off.

“I should have dismissed you, instead I made you into something special.”

He looked over his shoulder at the only woman to ever love him. She dragged him inside and opened all the drapes. They stood inside and she clustered her love into a kiss. His wrongdoing became nothing more than a footnote in an assignment from a past life.

“I’m sorry”, was whispered to her in his inimitable way.

She knew his truth. She had followed him as he searched for her, knowing he wouldn’t be there if he didn’t care. The heady aroma of his grief permeated their marriage, cross-questioned their love. His wife had observed him at the water’s edge, all calloused fingers and mottled skin as he dipped beneath the icy water agitating in ripples, sieving for gold.

His cries made of unrefined anguish had knocked her skeleton against its fleshy battlements. They rang out and, in their aftermath, she felt jealousy tap dance on her gelatinous spine. She had blinked rapidly to dam the tears and left him methodical in meditation. He had stood on the gaunt legs of a grey heron until her distant wailing mined a channel back to his human heart.