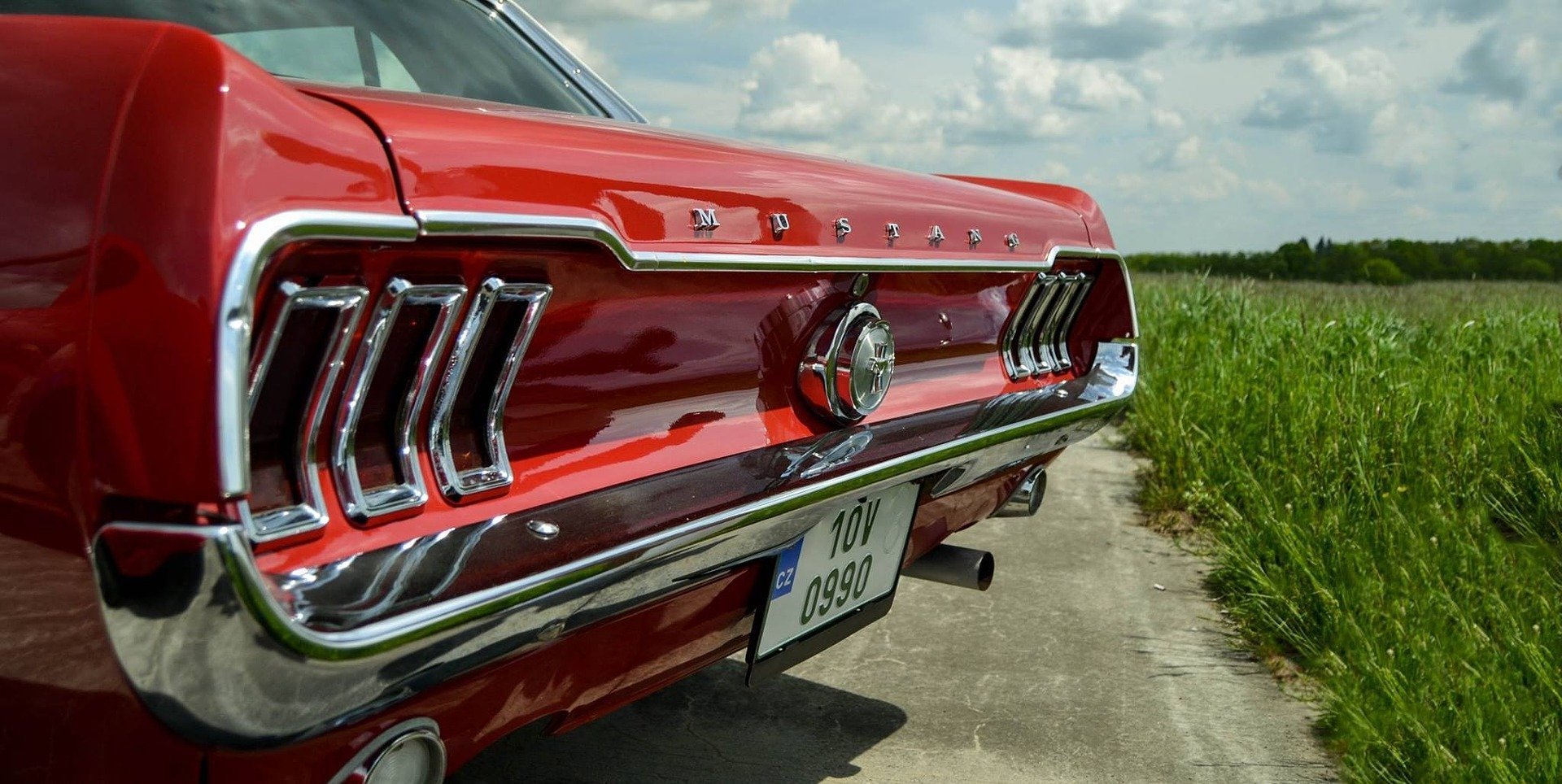 Julie Leo is the author of The Last Four Digits, which Publishers Weekly called a “fresh, funny, romantic mystery,” was a finalist in the 2017 San Diego Book Awards. Her latest novel, a romantic fantasy, is titled Spell Crazy.

It’s one week past graduation and I’m easing into fourth gear, passing the abandoned drive-in just outside of town, when I spot Danny Johnson standing in the middle of the road waving his arms like a damn wheel rake. I choke my sweet pony car to a halt, kicking up a tornado of dust—one of the main things I can’t stand about this town. There won’t be giant dirt clouds in Hollywood, California, which is where I’m headed if Danny Johnson will just get the hell out of my way.

But no. He brings both hands down hard on the hood of my trusty mustang, smacking a chaw of rust flakes from one fender. His lips are flapping like he thinks I can hear him through the windshield with the radio blasting.

I crank down the window first, the radio second, so he gets the idea. Humid midday heat slams in and I’d swear the smell of buttered popcorn drifts in with the honeysuckle, but it’s only a memory, a ghost of popcorn past. The drive-in’s been dead near as long as the textile plant. I prop my arm on the door, splay my long red nails over the side mirror to show them off. “What do you want, Danny?”

“Kimmie, did you hear?” His chest is heaving. “The Apex Bank just got robbed.”

“Nuh-uh,” I say, looking my nails over. This is a total lie, which I’m sure he knows because when I rolled the window down the radio was spewing about the armed robbery downtown.

“Any chance you’d pull a U-ey and take me down there in the ole Rustang?” He flashes his oceanic eyes my way, arresting under a blue baseball cap. But those eyes don’t work on me anymore.

“Way to ask for a favor, insult my ride. Didn’t your folks give you a barely used pickup truck for graduation?”

Danny slips around the fender to my window, whirls, and points both hands like he’s aiming a gun at his shiny black 4×4 across the road. Its crooked grill is kissing the bed of a white Ford Frontier, sending up a steady plume of blue-tinted smoke. His shirt pulls up with the gesture and I can’t help noticing the butt of a pistol gleaming at the top of his jeans like a scorpion tail. “That is my new pickup,” he says.

“Nice work. Kind of looks like Shamu. I got shit to do, Danny. Why d’you want to go down to the scene of the crime, anyway? Probably can’t get near it.”

One of his eyes twitches. “My stepmom works at the Apex Bank.”

Oh, right. His stepmom’s a vice president or something there. That doesn’t explain it, since Danny hates his stepmom, but maybe he’s hoping to see her all shot up and bloody.

The robber shot and killed a security guard and took some guy hostage. His stepmom’s safe. I look to the road ahead. “Sorry, Danny, I’m in a hurry.”

“What’s the rush? Selling some Addys to keep your mama in Oxy?”

I freeze with my foot above the gas pedal. My brain is a red-hot grease fire.

I take a breath. Five minutes from now Danny will be a speck in the rearview. “Sure, no problem. Tough day?”

“Look at my truck. I can’t get hold of my daddy. He might’ve gone down there. C’mon, Kimmie.” He brushes his hand along my arm and weaves his fingers into mine. Every wispy fiber in my body boils al dente. “I’ve always thought of you as someone I can count on.”

For one crazy second I get it in my head to take him with me.

This is news to me. Too bad I never could count on him. Too bad he didn’t ask me to prom, for example, instead of Angie Rodriguez. Now he wants a ride?

For one crazy second I get it in my head to take him with me. I’d yell, Get in! And then instead of making the U, we’d keep right on going. I might’ve done it, too, if not for the dirt. I glance down at his fingers laced in mine and all I can see is those lines of black dirt jammed under his nails. That grit is part of me, too, hiding under my shiny red polish. But I plan to make it out of this ghost town before it buries me.

Danny groans and grips his head. “Kimmie. Do you see my truck over there, smoking like the Cancer Man from The X-Files?” He turns toward his pickup and I catch a side eye of him reaching for the back of his jeans where the gun’s sticking out.

I hit the gas and let out a whoop. “Eat my dust, Danny!” My tires squeal.

He howls my name: “Kimmieee!” No gunshot, though. In the rear-view I see him slap his cap down and a dirt cloud blooms to match my wheel dust. The dust I’m leaving behind forever.

I strain to make out some red lights up ahead as the engine growls.

Right then the guy in the back moans and I jump. He’s barely moving under the blanket, but I can’t take chances. I shove my “relocation fund” aside, grab my daddy’s .38 and smack his lights out again with the butt.

No idea what to do with this hostage dude. Be funny if he turns out to be Danny’s dad.

Damn if those red lights aren’t a roadblock at the freeway ramp. It hits me then: I’m never getting off the same patch of dirt I was born on.

I floor it, straight into the flashing paparazzi taking their shots. I let go of the wheel and blow them big kisses. They like me. They really like me.