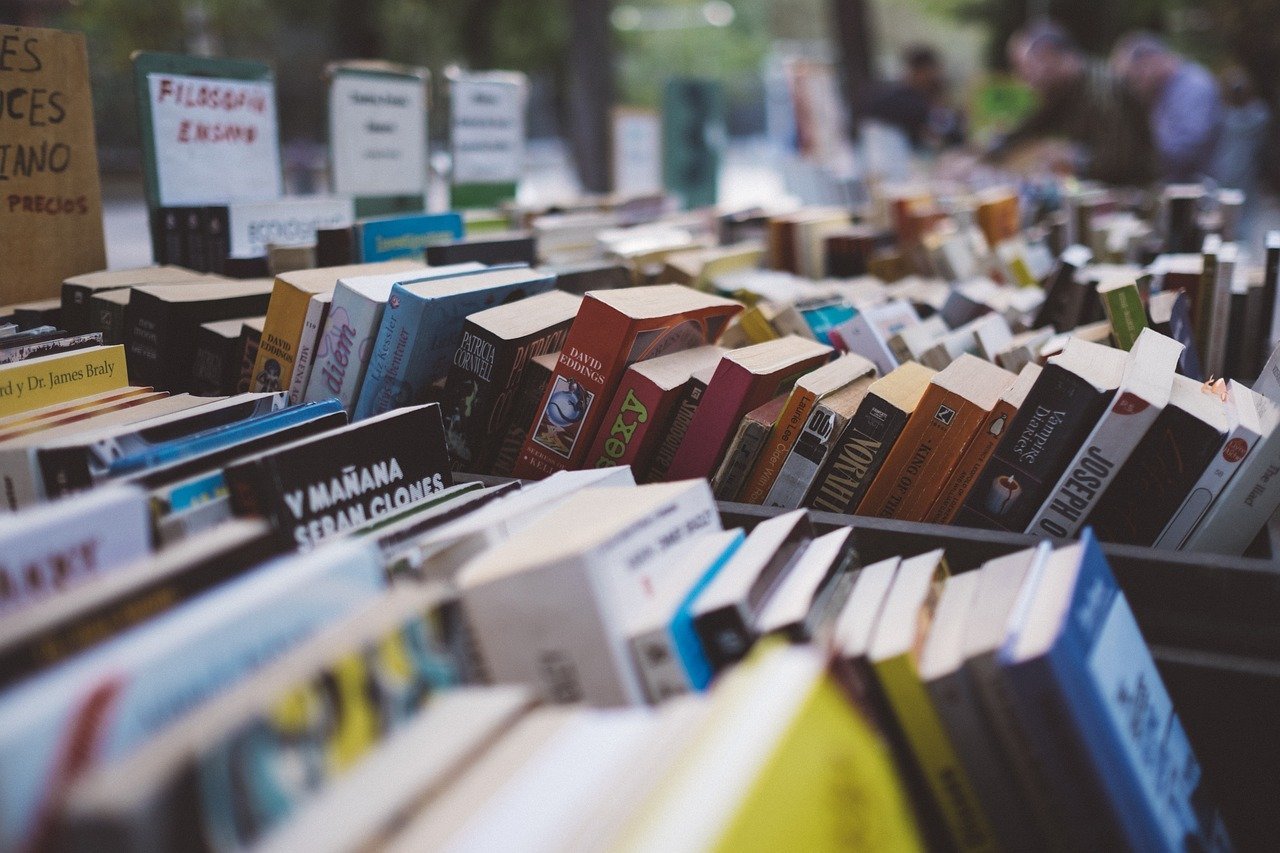 This week’s Scandinavian Crime Best Seller List has not changed much from last week: Stieg Larsson’s books are still Top 3; Jo Nesbø’s Harry Hole novels dominate the list and The Boy In The Suitcase remains unchanged as the 9th top selling book.

The newcomers are Faceless Killers by Henning Mankell which was not on the top 50 books and now is #12 and Viktor Arnar Ingolffson’s The Flatey Enigma which was 34th last week and has made a huge jump to #14. We believe the recent release of the “Faceless Killers” paperback version and the buzz around the Wallander TV series have been partially responsible for the jump in Henning Mankell’s novels.

Mystery Tribune publishes the list of Best Sellers in Scandinavian Crime category given the increasing interest in the Nordic works of crime fiction. The information is based on the sales data in the United States and is updated on a periodical basis.

#1 The Girl Who Kicked the Hornet’s Nest by Stieg Larsson (Vintage).

#2 The Girl Who Played with Fire by Stieg Larsson (Vintage).

Mikael Blomkvist, crusading publisher of the magazine Millennium, has decided to run a story that will expose an extensive sex trafficking operation. On the eve of its publication, the two reporters responsible for the article are murdered, and the fingerprints found on the murder weapon belong to his friend, the troubled genius hacker Lisbeth Salander. Blomkvist, convinced of Salander’s innocence, plunges into an investigation. Meanwhile, Salander herself is drawn into a murderous game of cat and mouse, which forces her to face her dark past.

#3 The Girl with the Dragon Tattoo by Stieg Larsson (Vintage).

Harriet Vanger, a scion of one of Sweden’s wealthiest families disappeared over forty years ago. All these years later, her aged uncle continues to seek the truth. He hires Mikael Blomkvist, a crusading journalist recently trapped by a libel conviction, to investigate. He is aided by the pierced and tattooed punk prodigy Lisbeth Salander. Together they tap into a vein of unfathomable iniquity and astonishing corruption.

Inspector Harry Hole has retreated to Hong Kong, escaping the trauma of his last case in squalid opium dens, when two young women are found dead in Oslo, both drowned in their own blood. Media coverage quickly reaches a fever pitch. There are no clues, the police investigation is stalled, and Harry—the one man who might be able to help—can’t be found.

After he returns to Oslo, the killer strikes again, Harry’s instincts take over, and nothing can keep him from the investigation, though there is little to go on. Worse, he will soon come to understand that he is dealing with a psychopath who will put him to the test, both professionally and personally, as never before.

No disrespect meant to Henning Mankell and Stieg Larsson, but Jo Nesbø, the New York Times bestselling author of The Snowman, is the most exciting Scandinavian thriller writer in the crime fiction business. The Redbreast is a fabulous introduction to Nesbø’s tough-as-nails series protagonist, Oslo police detective Harry Hole.

A brilliant and epic novel, breathtaking in its scope and design—winner of The Glass Key for best Nordic crime novel and selected as the best Norwegian crime novel ever written by members of Norway’s book clubs—The Redbreast is a chilling tale of murder and betrayal that ranges from the battlefields of World War Two to the streets of modern-day Oslo.

Follow Hole as he races to stop a killer and disarm a ticking time-bomb from his nation’s shadowy past. Vogue magazine says that “nobody can delve into the dark, twisted mind of a murderer better than a Scandinavian thriller writer”…and nobody does it better than Jo Nesbø! James Patterson fans should also take note.

The #1 international bestseller from one of the most celebrated crime writers in Europe–the New York Times bestselling author of The Snowman–Jo Nesbø’s extraordinary thriller Nemesis features Norwegian homicide detective Harry Hole, “the next in the long line of great noir crime detectives,” (San Diego Union-Tribune) in a case as dark and chilling as an Oslo winter’s night.

The second Harry Hole novel to be released in America—following the critically acclaimed publication of The Redbird—Nemesis is a superb and surprising nail-biter that places Jo Nesbø in the company of Lawrence Block, Ian Rankin, Michael Connelly, and other top masters of crime fiction.

One night, after the first snowfall of the year, a boy named Jonas wakes up and discovers that his mother has disappeared. Only one trace of her remains: a pink scarf, his Christmas gift to her, now worn by the snowman that inexplicably appeared in their yard earlier that day. Inspector Harry Hole suspects a link between the missing woman and a suspicious letter he’s received. The case deepens when a pattern emerges: over the past decade, eleven women have vanished—all on the day of the first snow.

But this is a killer who makes his own rules . . . and he’ll break his pattern just to keep the game interesting, as he draws Harry ever closer into his twisted web. With brilliantly realized characters and hair-raising suspense, international bestselling author Jo Nesbø presents his most chilling case yet—one that will test Harry Hole to the very limits of his sanity.

From one of the most celebrated crime writers in Europe and the award-winning author of The Redbreast comes an epic thriller featuring Police Detective Harry Hole. In the vein of the crime novels of James Patterson and Dennis Lehane, Jo Nesbo’s The Devil’s Star is an intricately plotted and suspenseful thrill-ride from beginning to end.

#9 The Boy In The Suitcase by Lene Kaaberbol (Soho Crime).

Nina Borg, a Red Cross nurse, wife, and mother of two, is a compulsive do-gooder who can’t say no when someone asks for help—even when she knows better. When her estranged friend Karin leaves her a key to a public locker in the Copenhagen train station, Nina gets suckered into her most dangerous project yet. Inside the locker is a suitcase, and inside the suitcase is a three-year-old boy: naked and drugged, but alive.

Is the boy a victim of child trafficking? Can he be turned over to authorities, or will they only return him to whoever sold him? When Karin is discovered brutally murdered, Nina realizes that her life and the boy’s are in jeopardy, too. In an increasingly desperate trek across Denmark, Nina tries to figure out who the boy is, where he belongs, and who exactly is trying to hunt him down.

Roger Brown is a corporate headhunter, and he’s a master of his profession. But one career simply can’t support his luxurious lifestyle and his wife’s fledgling art gallery. At an art opening one night he meets Clas Greve, who is not only the perfect candidate for a major CEO job, but also, perhaps, the answer to his financial woes: Greve just so happens to mention that he owns a priceless Peter Paul Rubens painting that’s been lost since World War II—and Roger Brown just so happens to dabble in art theft.

But when he breaks into Greve’s apartment, he finds more than just the painting. And Clas Greve may turn out to be the worst thing that’s ever happened to Roger Brown.

11. The Pyramid: The First Wallander Cases by Henning Mankell (Vintage)

13. The Dogs of Riga: A Kurt Wallander Mystery by Henning Mankell (The New Press)

16. The Hypnotist: A Novel, by Lars Kepler (Farrar, Straus and Giroux)

17. One Step Behind: A Kurt Wallander Mystery, by Henning Mankell (The New Press)

19. The Draining Lake: A Thriller, by Arnaldur Indridason (Minotaur Books)

21. The Fifth Woman: A Kurt Wallander Mystery, by Henning Mankell (The New Press)

24. The Man from Beijing, by Henning Mankell (Vintage)

25. The Man Who Smiled: A Kurt Wallander Mystery, by Henning Mankell (Vintage)