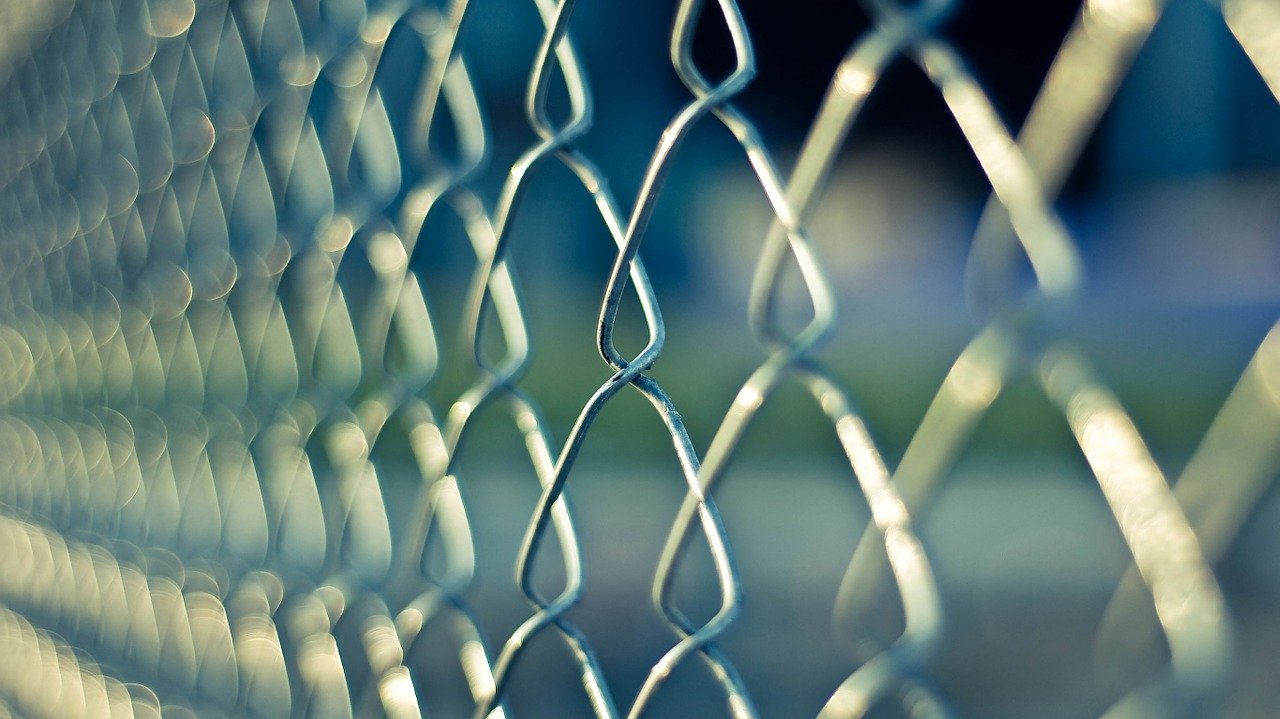 Shawn Corridan: “The Irony of GITMO”

Shawn Corridan grew up in the shadow of Florida’s Cape Kennedy, his father a NASA engineer. A high school football star as well as a surfer, he attended the University of Hawaii where he could be both. After graduation, he traveled the globe, sailed the Caribbean, was rescued by the Coast Guard twice, wrote market research reports for Wall Street, and worked in pharmaceutical sales. Shawn has coauthored a new book titled GITMO with his friend Gary Waid to be released in August 2017. The following piece is an essay by Shawn in the Summer 2017 print edition of Mystery Tribune.

A few weeks ago and over a couple beers, a screenwriter-producer friend in LA asked me how my new novel “GITMO” managed to come together and I told him if I had to boil it down to one word it would be irony. “You want irony?” he asked. I nodded. He held up a finger, set down his beer and motioned for me to follow him into his garage.

We entered the garage and I followed him to a dark corner. There was an old lawnmower that apparently hadn’t been put to use in a while. Because atop the mower was a large clump of soil and atop that soil was a healthy sector of grass.

Grass was growing on his lawn mower! “That’s irony,” he said.

I was impressed. Not so much with the irony but that he’d managed to avoid mowing his lawn that long. My wife would’ve never let that happen! We left the garage and I told him an ironic tale of my own.

Years ago – 1990 – while living in Merritt Island FL, my landscaper – a scrappy, strawberry blond Portagee from Rhode Island named Slash – asked me if I’d like to join him on a cruise to the Bahamas aboard his 44 foot trawler. I barely knew the guy at the time but said yes because it sounded like fun: diving and fishing and cruising from Florida through the Bahamas? Rum? Sunshine? Salt water? This was literally a wet dream for a surfer/diver/fisherman like me who was raised in Florida and had also graduated from the University of Hawaii. Count me in.

Life aboard Slash’s trawler wasn’t idyllic but it was damn good fun. A Thompson Trawler is more a workhorse than a luxury cruiser but the beer was ice cold, the coffee was piping hot and we had coolers filled to bursting with lobster, conch, grouper, snapper, mahi and wahoo in no time. Don’t even get me started on the sunsets.

And the name of Slash’s vessel – Reel Dive – couldn’t have been more appropriate. Slash and I were in the water for hours each day trying to outdo each other with Hawaiian slings. And when we weren’t spearing fish, we were trolling for game fish as we slowly trawled south through the Abacos then the Exhumas. We quite literally reeled and dived all day. At night we’d lay up at clandestine anchorages beside uninhabited cays, drink Kaliks and exotic rums, jig for squid and bottom fish for grouper. Then sleep like the dead and do it all over again the next day.

We even made a pit stop at Hogsty Reef, a little-known atoll in the Atlantic that I’d learned about at the University of Hawaii in a General Science 320 class – called The Atoll – taught by Professor Jan Newhouse, world-renown expert on South Pacific Atolls. Hogsty was amazing. A pristine and unmolested wonder-world with lobsters as long as your arm. And we were the only boat around for miles! Every day was like Christmas. Gin clear water and fish everywhere! What more could a guy want? I didn’t want it to end.

But it did have to end. I was married, for Pete’s sakes! I’d been gone for weeks. My wife was wondering where I was. Hell, she was starting to wonder who I was. I gathered my things and told Slash I needed to head back. That’s when he asked me if I would help him take the boat to Jamaica, which would only require a few more days sailing. I gave it a few seconds thought and agreed. Hell, I’d never been to Jamaica. We were only a few days away, near the Windward Passage between Haiti and Cuba. Why not?

I’ll tell you why not: we broke down in the Windward Passage – a blower shaft crapped out on us – and for over twenty-four hours we were adrift between Haiti and Cuba. Fearing we would be run under by a giant freighters passing in the night or imprisoned by the Cuban Defense Force, we hailed the Coast Guard with a MAYDAY and were rescued and subsequently towed by a cutter into Guantanamo, a.k.a. GITMO.

Within a few days, the Reel Dive was repaired and underway and two days and several marlin later I could see the blue mountains of Jamaica. We finally docked in Montego Bay, I bid Slash adieu and flew home to Florida and my lovely wife, ending one of the greatest adventures of my life.

Imagine my surprise when I learned a few months later that my “landscaper” had been boarded by the Coast Guard on his journey back to Florida from Jamaica and was apprehended with over a ton of high-grade Jamaican sinsemilla and sent to federal prison for eight years. Eight years! For marijuana!

I spoke to Slash recently and he said he had been “uncooperative” during his incarceration and as a result, the Feds had moved him twenty-seven times, commonly referred to as “diesel therapy”. They shackle you and put you on a bus and take you from jail to jail, ostensibly to break down your resolve. Not sure it worked on Slash but one night at 10 PM they literally kicked him out the side door of Seminole County jail and that was that for my landscaper.

Boy, am I glad I flew home from Jamaica instead of riding that boat!

I vowed to write about my little trip to GITMO someday. And I did: as an action-comedy screenplay, sent out to Hollywood heavyweights by APA in 2006. That script but got me a lot of meetings with big producers in LA.

A few years after I wrote that screenplay, I linked up with an old friend, Gary Waid, who was also from my hometown – Merritt Island – and, ironically enough (there’s that word) had been involved with the same smuggling organization my “landscaper” had been a part of. Gary had just been released from prison so we began corresponding via email and I noticed he had a flair so I sent him my screenplay. He liked it and told me he thought it’d make a great Hiaasen-esque, Florida Noir novel. But I was more comfortable with the screenwriting format so I challenged him to novelize GITMO.

After all, Gary had read a ton of novels during his time in prison. And he worked in the Law Library for a time. He liked prose, which is a no-no in screenwriting due to length/time constraints. And so Gary did novelize the script. We both did. In fact, it just debuted last month on Amazon. Published by Down & Out Books, some Florida guys from Lutz, FL.

Now, here’s where things get interesting: GITMO revolves around a smuggler, Dixon Sweeney. Specifically a guy who smuggles Cubans to Florida. And I ain’t talkin’ about cigars.

It was written by me – a guy who was towed into GITMO during what turned out to be a smuggling run with a convicted smuggler names Slash – and was co-written with Gary Waid, a smuggler imprisoned for smuggling 20 tons of weed. Ironic, right? Lotta smuggling and smugglers so far, right? Ironic.

Want more irony? The cover for GITMO was designed by none other than Edel Rodriguez, a Miami native and world-renown TIME magazine cover artist…

…who came to the US during the Mariel boatlift!

It gets better: Gary Waid was part of the Mariel boatlift!

That’s right, Gary was hired by a mysterious Cuban-American man from Tampa to take his steel-hulled shrimp trawler to Cuba during the Mariel boatlift to pick up the man’s family, which earned Gary a gold medal from President Carter. And a hefty paycheck from the mysterious Cuban-American man. Gary then used the Mariel boatlift money to fund – you guessed it – a smuggling trip!

Want even more irony? When Gary was finally busted for smuggling marijuana – over nineteen tons of the stuff – he was placed in a federal prison for eight years. Then midway through his sentence, Janet Reno swapped him with some murdering Marielitos in Florida’s state prison system!

And thus began a nightmare of hellish proportions for Gary Waid who wound up sneaking stories of abuse by prison guards to the Miami Herald written on prison toilet paper and landing Gary squarely between the cross-hairs of the wardens in several state prisons.

According to the internet, there are somewhere between 600,000 and 1,000,000 books published every year in the US alone, depending on which stats you believe. Getting a book published isn’t easy. It requires a lot of talent, synergy and luck.

But I doubt any novel had as much irony involved as GITMO.