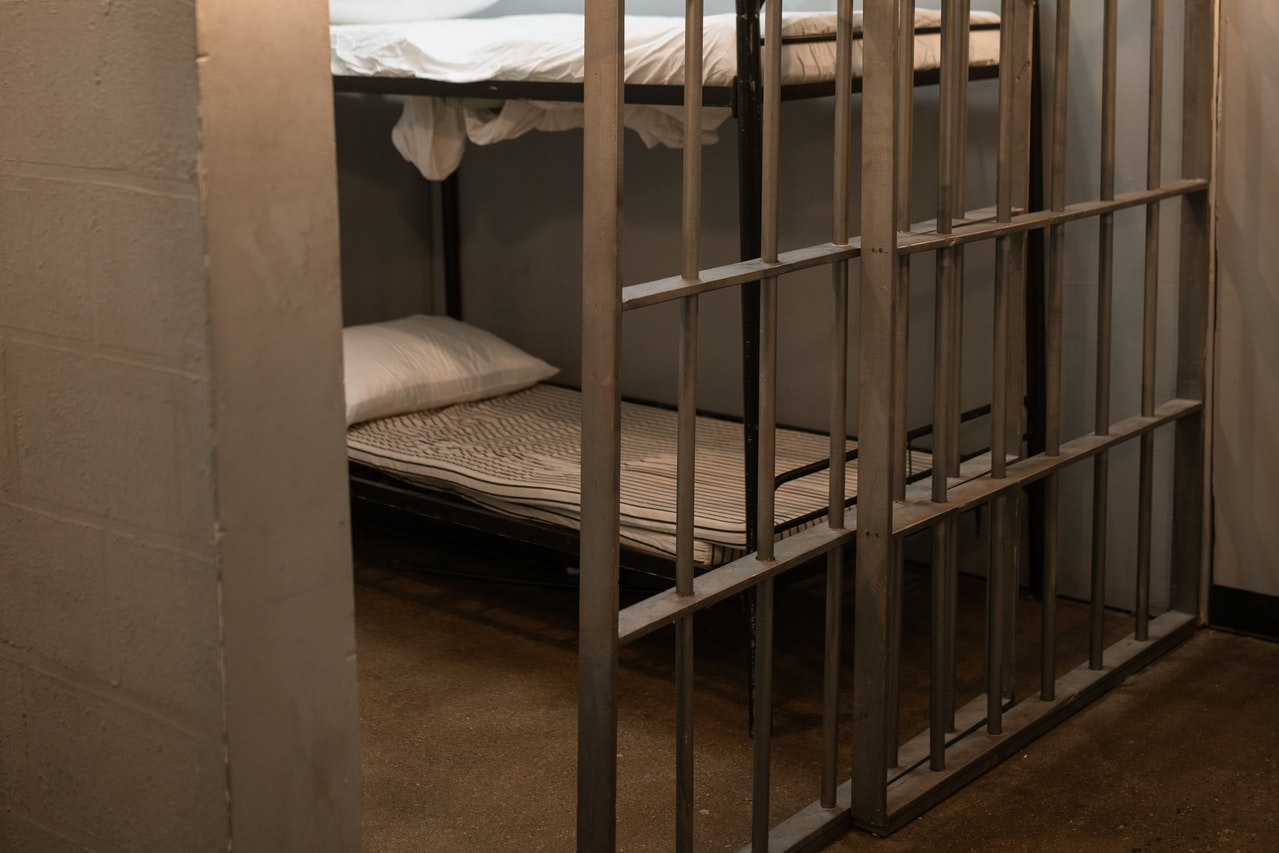 Joel Dickens, author of Six Rounds of Revenge, was born on the eastern plains of Colorado and now lives on the Front Range with his wife and dog.

Six years into a life sentence, inmate 167422, Irwin X. Ward, got his chance in the form of a toothache and an end-of-the-day appointment with a real-world dentist.

After the troublesome tooth was removed, Ward plunged a dental pick into the throat of the civilian dentist.  When the taller guard turned from his flirting with the dental tech, to see blood spraying from the dentist’s jugular, Ward stuck the same pick through his eye.  Before the tech could scream, Ward was behind her breaking her neck.

Taking the truncheon from the taller guard, he met the shorter guard in the waiting room.  Absorbed in a magazine, the shorter guard did not notice Ward’s presence until the first of many blows connected with his skull.

In the dentist’s private office he cleaned himself, took the dead man’s car keys and a change of clothes, stripping off his prison stripes and donning the dentist’s slacks and dress shirt.  His prison physique fit only with effort into the smaller man’s clothes.

From the bloody mess of the shorter guard, he took the keys to the cruiser and a six-shot .357 revolver.  With a list of names he descended to the cruiser, with its updated but still familiar mobile data terminal.  A short while later he had a list of addresses to match the names.

In the parking garage below the office full of dead men he found the good doctor’s car, and taking it across town he found the first address on his list.

From the bloody mess of the shorter guard, he took the keys to the cruiser and a six-shot .357 revolver.

He entered the well-appointed office of Donald E. Reisner, Attorney at Law, and applied his fist to the face of the secretary who stood to meet him.  He then applied his foot to the door that stood between himself and the man he’d come for.  The first of the six rounds in the guard’s gun went through the lawyer’s glasses and into his brain.  Ward turned from the dead man before his head hit the desk.

He sat in the dentist’s car, across the street from the next address on his list.  Dark now, after working-hours, but the next man he’d come to see was the kind to stay late at the office.  Being the government’s boot on the throat of the unlucky was more fun than sitting down to dinner with the missus and the brats.  Before long he saw an aging economy car pull into the driveway across the street and saw the familiar face and short frame of Deputy District Attorney Giancarlo DeRossi exit the jalopy and turn towards his house.

Giancarlo responded to his name, turning to meet the voice that sounded familiar, but only distantly so.  The gunshot echoed across the quiet suburban streets and the corner of the DA’s house got a new paintjob, in red, courtesy of round number two.

The next stop was a four-story walk-up in the part of town that the Reisner’s and DeRossi’s of the world thrive on but never visit.  Ward ascended the stairs and located the door he was looking for.  Then, counting the steps as well as the doors to the corner of the building, he descended back to the street and repeated the process until he identified the window that matched the door he had just been standing in front of.    The light was on.  Somebody must be home.

He knocked this time and when the snitch opened the door, Ward hit him right between the eyes with the heavy barrel of the police-issue gun.  Stunned and silent, the snitch fell backwards, clutching his now bleeding face.  Ward planted his shoe in the blood-marked target between the man’s eyes and the snitch went to sleep.

Ward let himself in and closed the door behind him.  He tied the snitch with phone cord, made himself a sandwich, and drank the fridge empty of beer.  When the snitch came to, Ward straddled him, staring harshly into the gagged and hogtied man’s eyes, looking for the fear he had come here to savor.  He found fear in the man’s eyes and a growing pool of liquid below the man’s crotch.  He picked a couch cushion off the chesterfield and applied pillow to face, gun to pillow, and pulled the trigger.  The noise was not much more than a loud cough and significantly quieter than the blaring music coming through the paper-thin walls around him.  Round three had found a new home.

Taking the keys from the bowl beside the door, Ward had a new ride, the law almost certainly wise to the dead dentist’s coupe.  The snitch’s Cadillac, which had been dated when Ward went in to prison was now struggling with the steep roads and sweeping turns of the foothills surrounding the city.  The old families lived here, in old houses, where they could look down on the smog-sucking peons below.

Ward found the numbers that matched his list adorning a brick pillar holding one half of the gate barring the driveway to his entry.  He drove on until he found a pull-off and reckoned his way back to the Judge’s property.  The right honorable Cynthia A. Black sat working late in the first floor office of her Georgian revival home.  The large windows providing ample vantage points for the outside observer to find his prey.  Ward took aim at the back of the judge’s head, through the floor-to-ceiling window ,and the fourth bullet spread the honorable brains of District Court Judge Black across the papers covering her desk.

Through the forest and over the high brick wall surrounding her property and he was back in the Cadillac, ready for a shuddering descent back to the city and his final stop for the night.

He thought she would have moved, but with him safely locked away, not eligible for parole, why not keep the house where they had lived as husband and wife.  Ward walked up the front steps, involuntarily remembering happier times, before his wife had volunteered to testify against him and the DA had added a new charge, with her as the listed victim, to get around any spousal privilege – his own lawyer doing nothing to stop it.

She had divorced him before the trial and for all he knew, he was about to kick the door down on a house full of kids.  He didn’t care, impressionable witnesses wouldn’t stop him.  Ward put his shoulder into the door and the frame gave way, exposing the familiar sight of the living room, different now in both arrangement and appointments.  If the crunching door had woken anyone, they weren’t making any noise to prove it.  He climbed the stairs to the master bedroom, silently as he had done on so many drunken nights, drunk now on the near completion of his total revenge.

The moonlight coming through the sheer curtains provided enough light for Ward to make out the single sleeping figure before him.  The wife-shaped lump of covers was as still as grocery store meat.  He raised the guard’s weapons and took careful aim at the place where a heart would have been on any other person.  He pulled the trigger.  The lump jumped along with the bed and mattress from the force of the bullet’s impact, but immediately ceased. A clean kill.

Ward couldn’t help but be a little disappointed, the chance to witness her suffering an opportunity he would never get back.  As he pondered the impulsiveness that had led to such disappointment, he heard the slightest shuffling behind him.  He turned to find the closet door open and the woman, who should have been in bed, moving towards him, a baseball bat raised high above her head.  Then, he only saw darkness.

Ward didn’t know it, but the sixth round from the stolen revolver, now in the hands of the woman who had watched the ten o’clock news and was expecting a visit, tore through Ward’s thick skull and stopped what little activity remained.