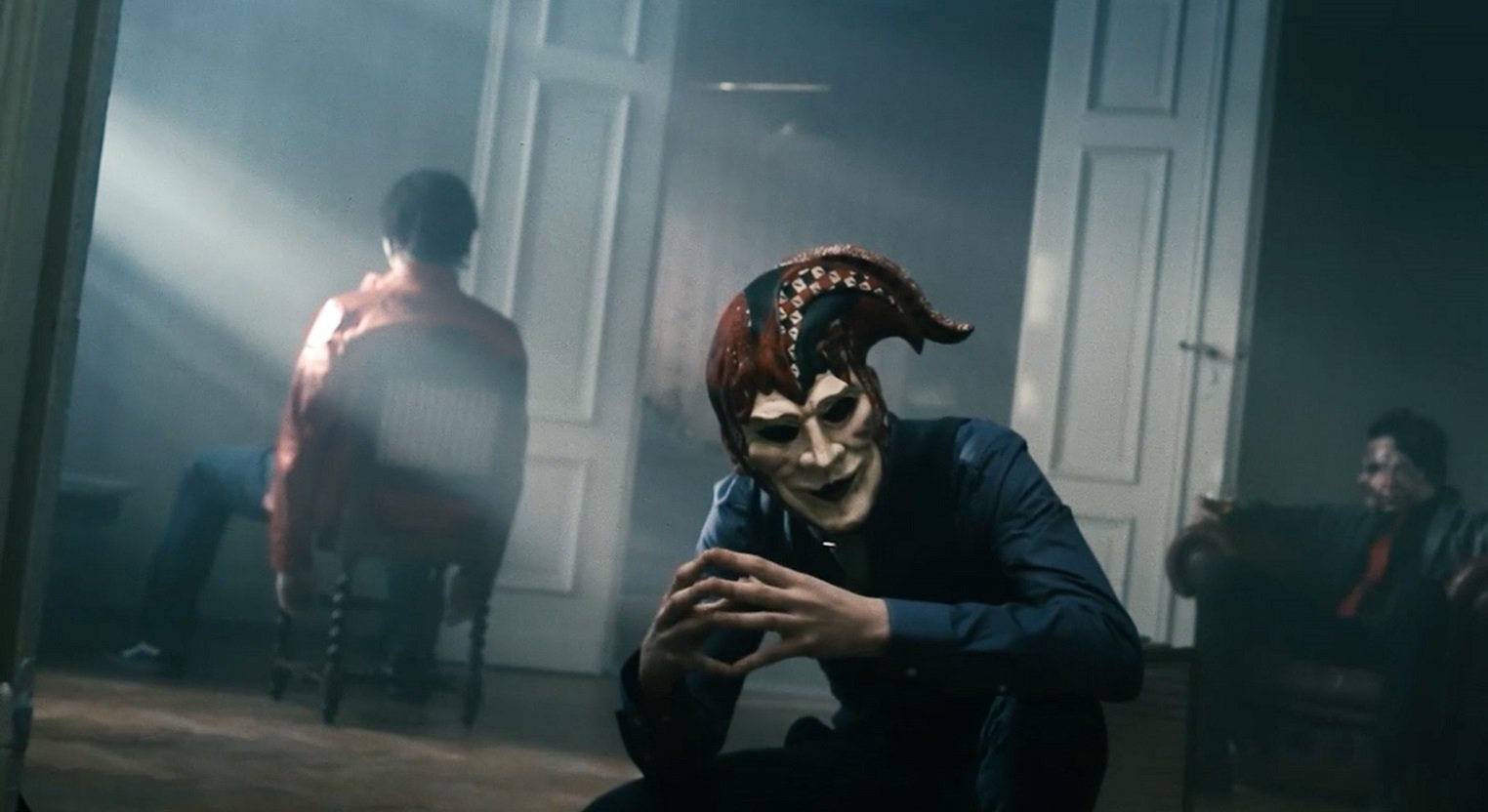 In Strangers, thriller short film by Erik Lehmann, a man awakes to find himself locked up in his barricaded apartment. He has no chance of escaping. And he is not alone.

In our view, this short film is a must-watch for thriller fans: Please turn off the lights. Use headphones. Go full screen. It’s worth it.

Here is some of what critics have been saying about the film:

“A film that is both intellectually satisfying and appealing to all the senses”
– The Independent Critic, Richard Propes – theindependentcritic.com/strangers1
“Ah yes, the ol’ bad guys with creepy masks, done right!” – Ain’t it cool news
“The entire production is a marvelous cinematic feast!” – Film Shortage
“This is a fantastically made short film […]” – Geek Tyrant
“Strangers has psychological thrills and twists aplenty […]” – Daily Dead
“We love it […]” – Poster Posse

After humiliating his date Iris Garret (BARBARA MEIER), Donovan Price (MICHEL SCHUELER) awakes the next morning to face an unusual darkness. He is locked up in his barricaded apartment with no chance of escaping. And he is not alone. Donovan sees himself confronted with four masked strangers, who invaded his home with unknown intentions.

Erik Lehmann, the director behind Strangers, is a German 3D artist, currently working at Cinesite as a Senior Modeler in Vancouver, BC. Key areas of focus are modeling & sculpting. Shows he had the opportunity to contribute to include ‘Dune’, ‘First Man’, ‘Blade Runner 2049’, ‘The Jungle Book’, ‘Game Of Thrones’ and ‘Guardians Of The Galaxy’.

If you’ve enjoyed watching Strangers, you can find the complete archive of crime, mystery, horror and thriller short films on Mystery Tribune here.