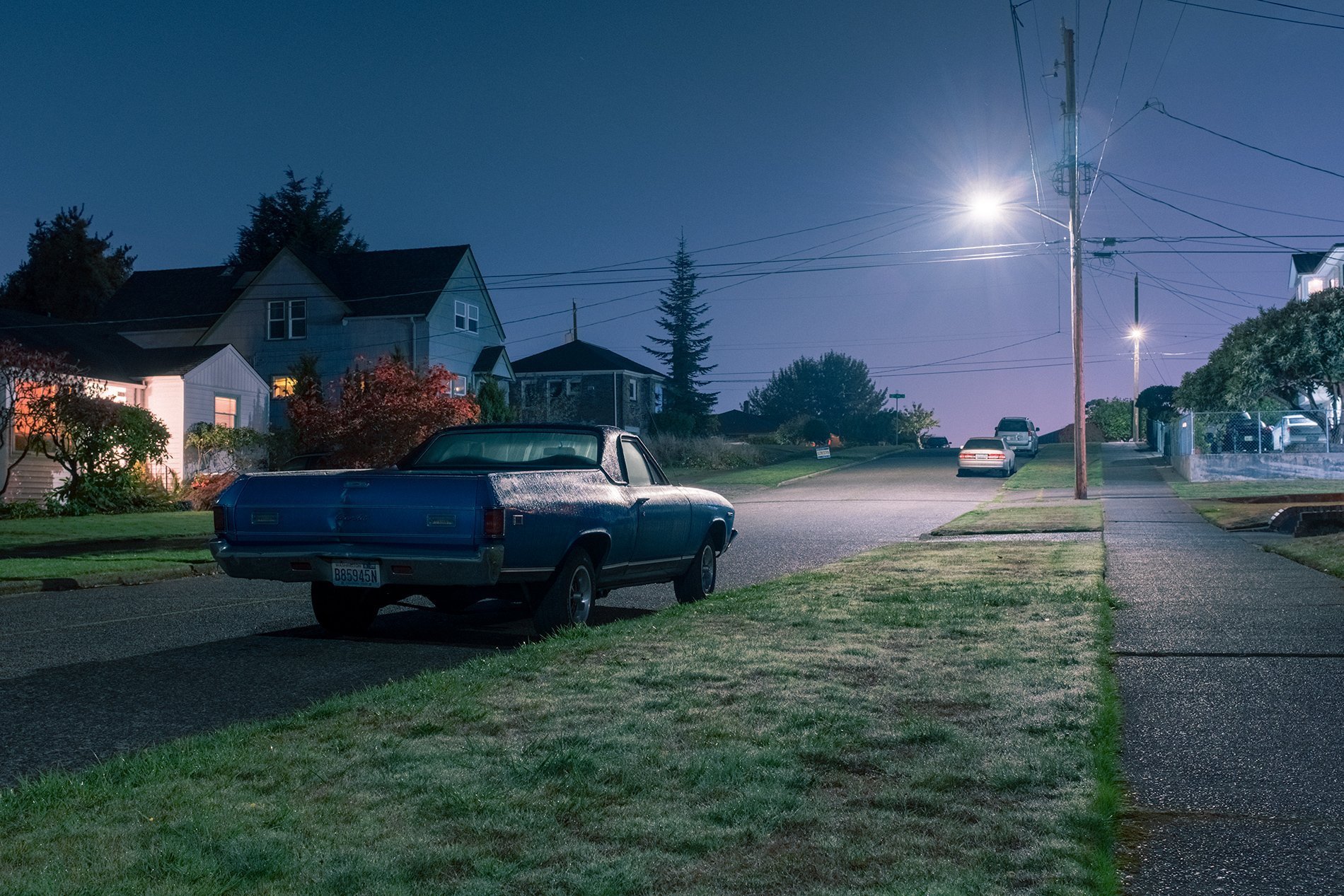 Photographer Darren Ellis has created a niche for himself with his masterful urban landscape photographs taken at night. What follows is an overview of his artistic background in his own words.

I was born and raised in the hot and dry desert of Phoenix, Arizona, but moved to Seattle, Washington about 20 years ago. That move took me from one extreme to another in many ways, but I’ve noticed both are connected by the amount of time people spend avoiding the outdoors (due to heat or rain).

That tendency for people to be indoors had/has an affect on the way I saw/see the surrounding urban environments. While I may be surrounded by people, they are hidden or removed by physical structures. This leaves the outdoors feeling emptier, transitional, and almost like a backdrop. 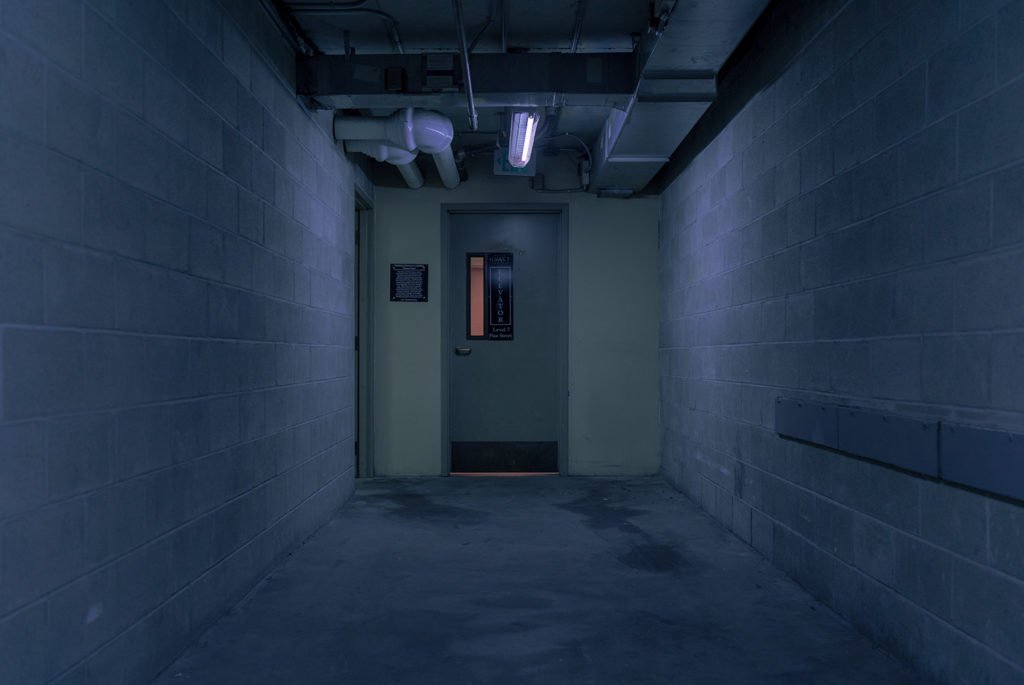 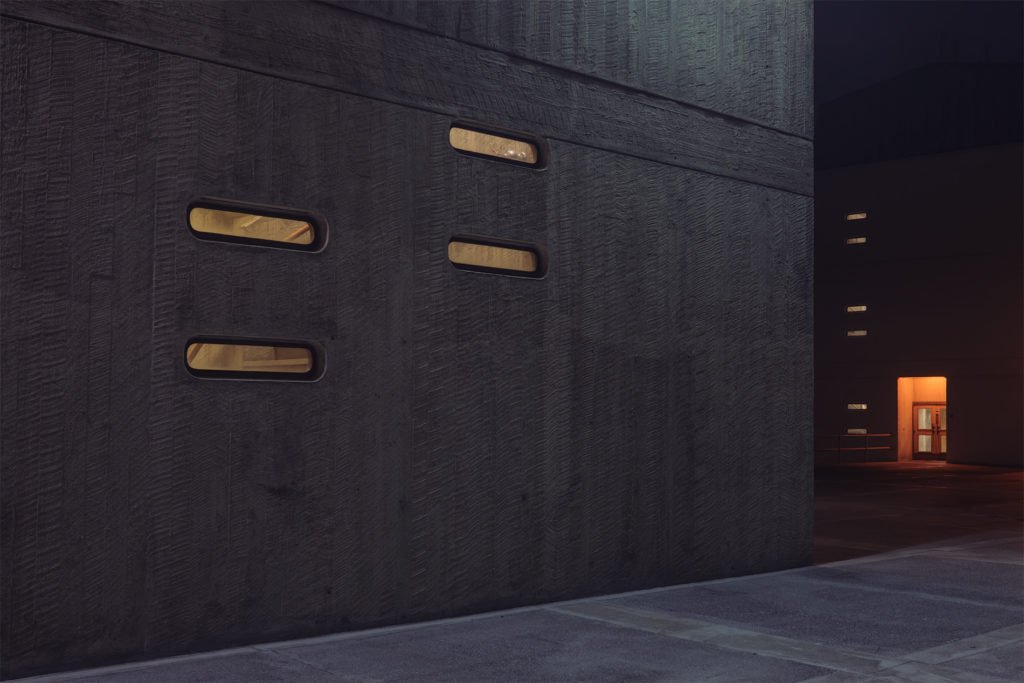 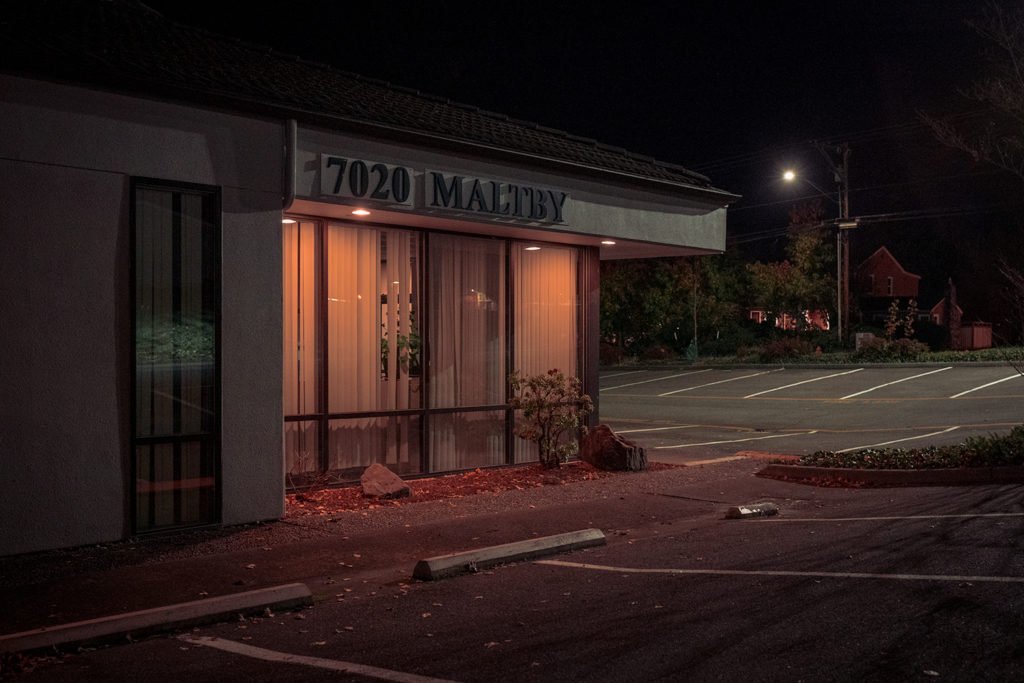 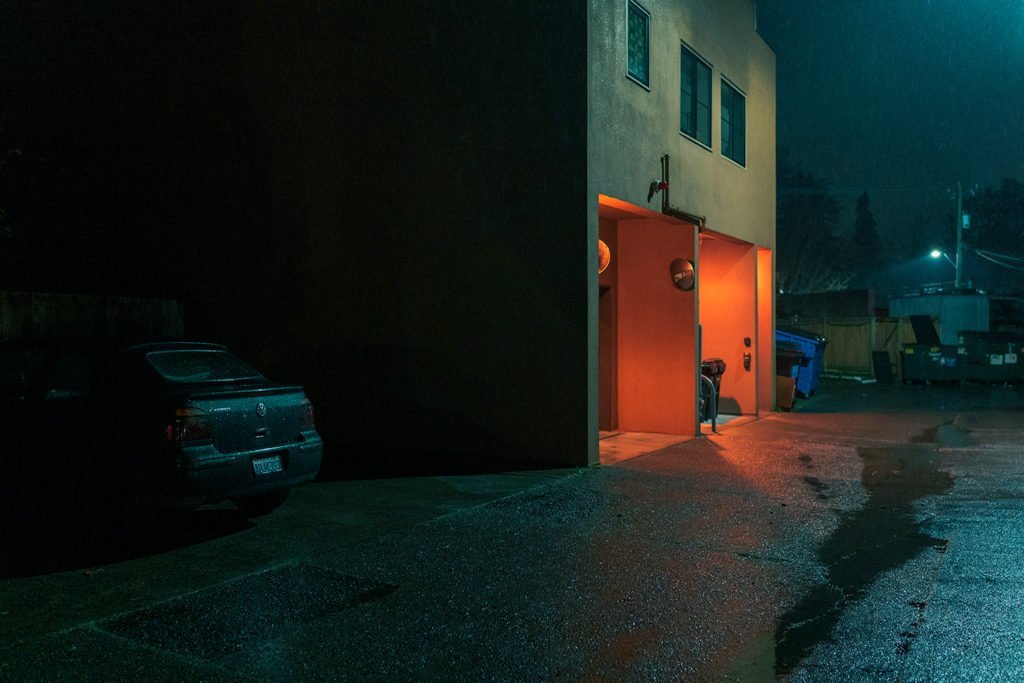 Inspired by my father’s photography, I got into it back in 2000 when I started buying toy cameras and film. For several years I used photography as way to collect glimpses of life in a very serendipitous and imperfect way. I focused less on the technique and worked on creating compositions I thought were interesting. 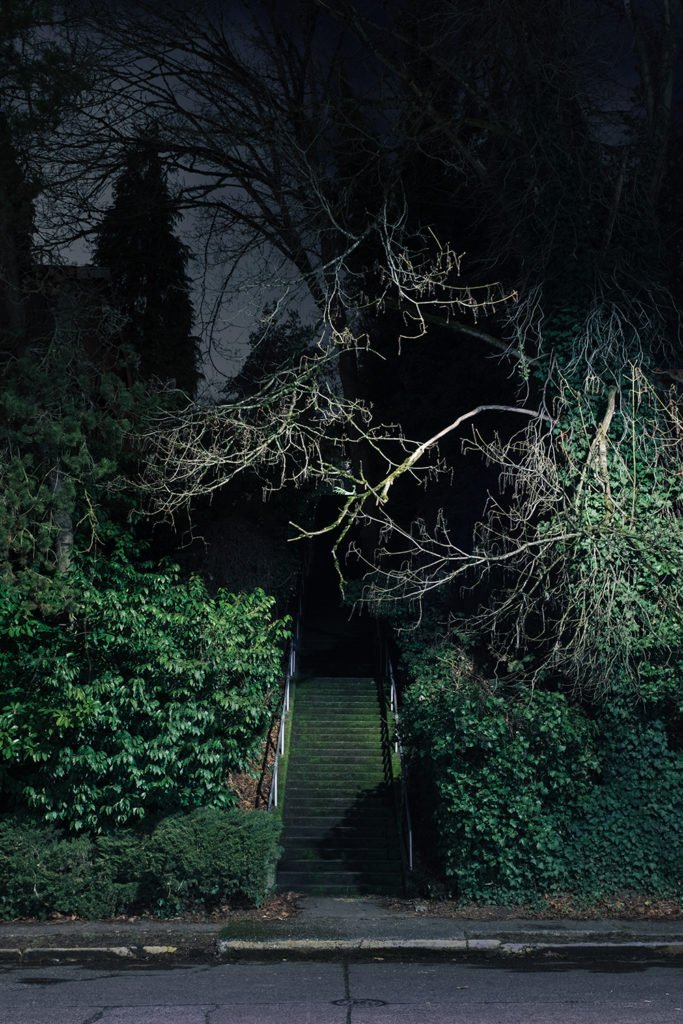 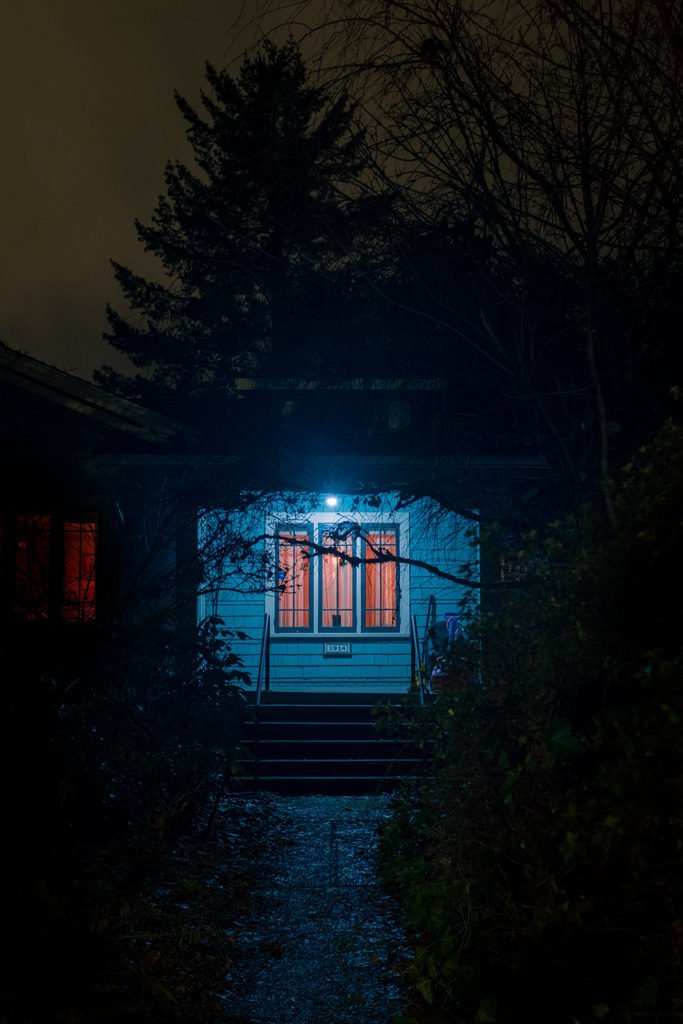 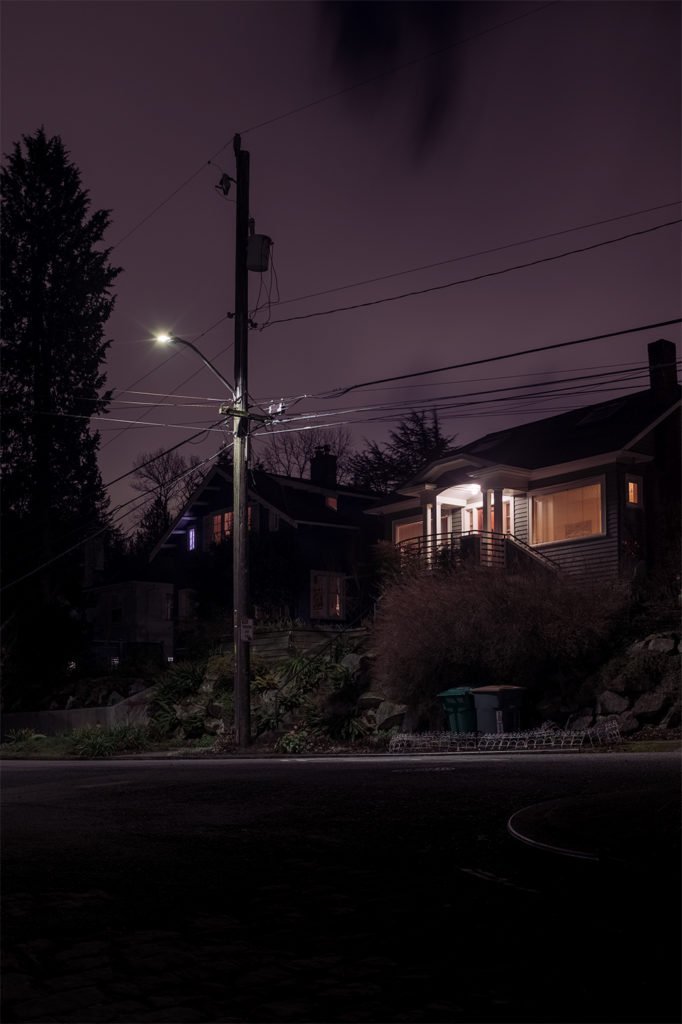 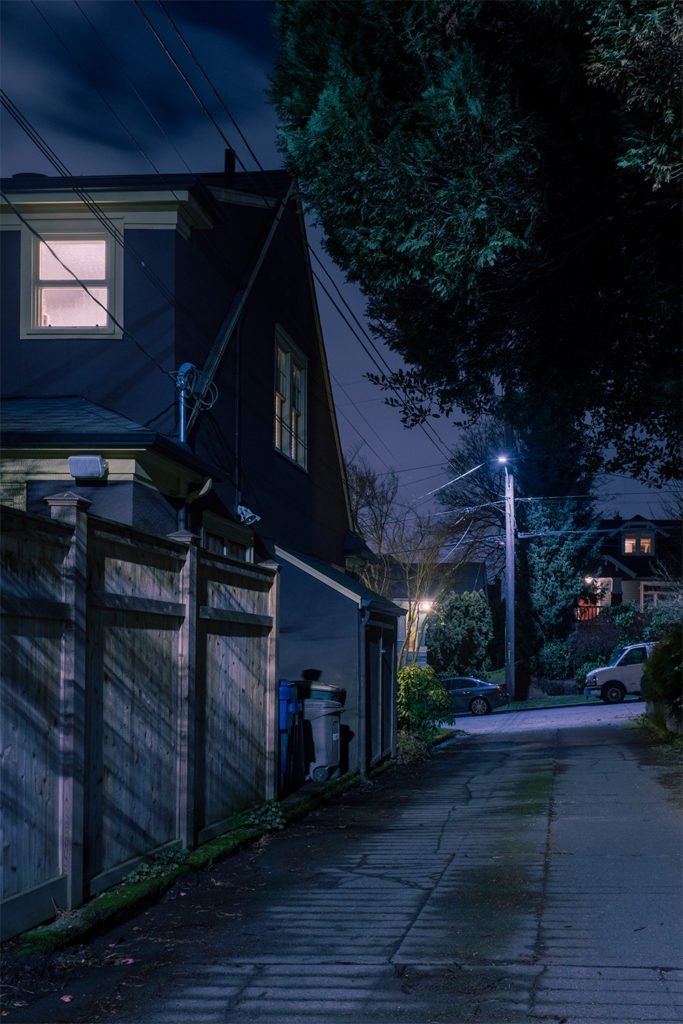 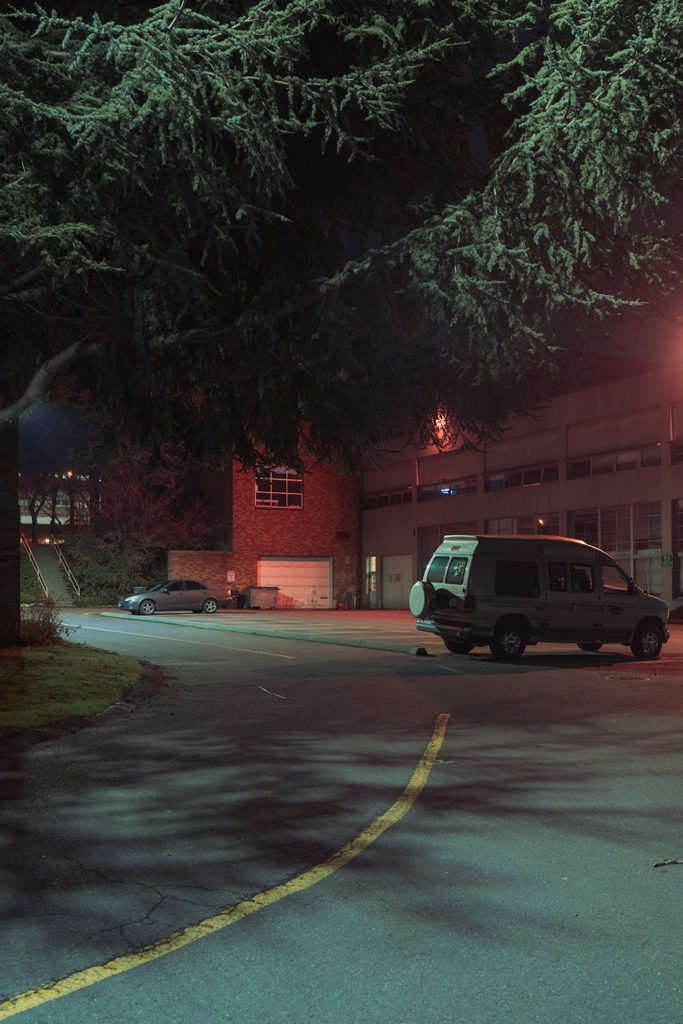 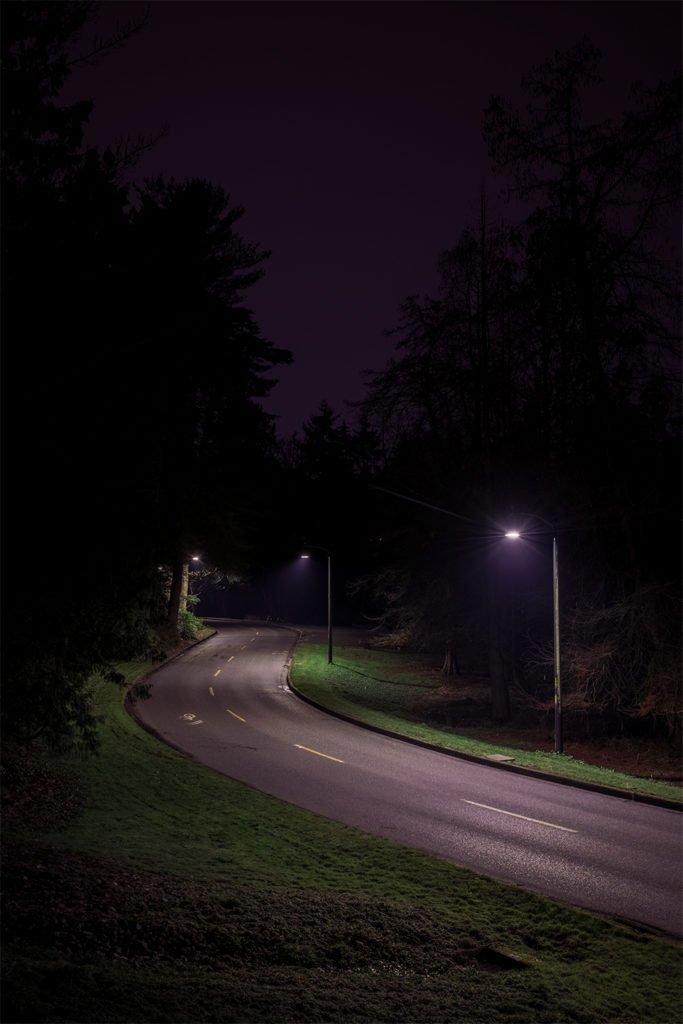 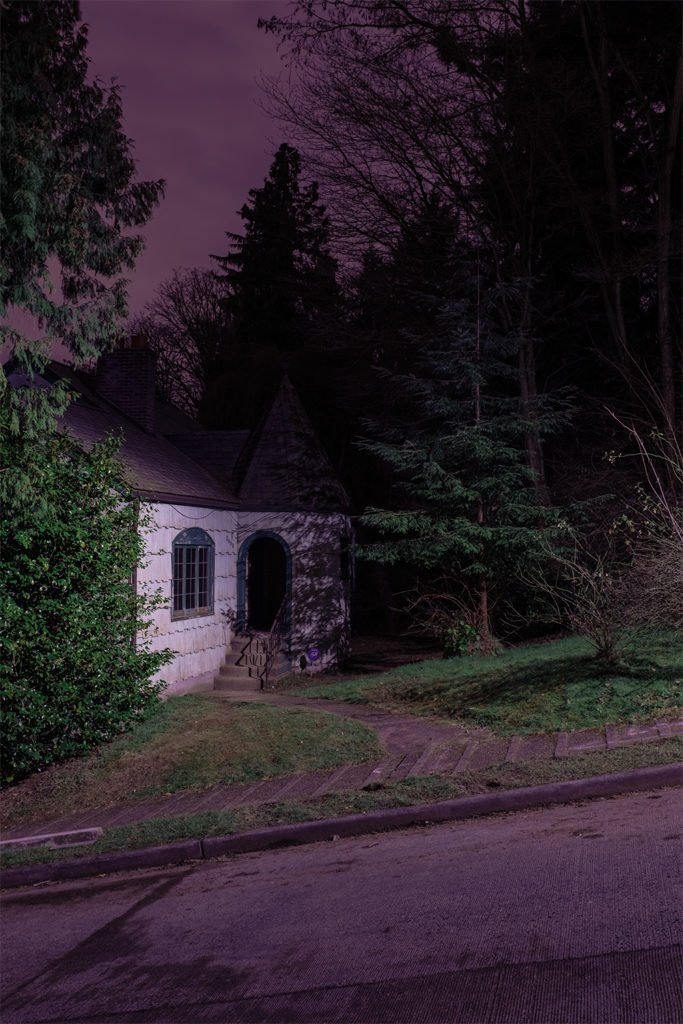 I really didn’t know what I was doing but enjoyed the surprise of getting a developed roll back. At the same time, I was always frustrated by my inability to take good photos in low light because I didn’t really have good equipment or take the time to experiment properly. Since those days, I’ve gone through several photographic evolution phases and I’ve taught myself to better control exposure. I’ve also seen my tastes in photography change alongside my life experiences as I’ve grown older.

…I was always frustrated by my inability to take good photos in low light because I didn’t really have good equipment or take the time to experiment properly.

Pulling together the aforementioned (isolation of cities, how I’ve evolved behind the lens, and how life has left its marks over the years), I’ve started to understand the draw of night photography. There’s a parallel to the general isolation and emptiness of the city, but the focused areas of the nighttime light on darkened spaces and scenes often hint at previous experiences or moments whether I realize it or not.

They later become the backdrops for connections gained and lost, the weight and struggles of decisions and indecision, and the variety of feelings and impacts of life’s pathways. 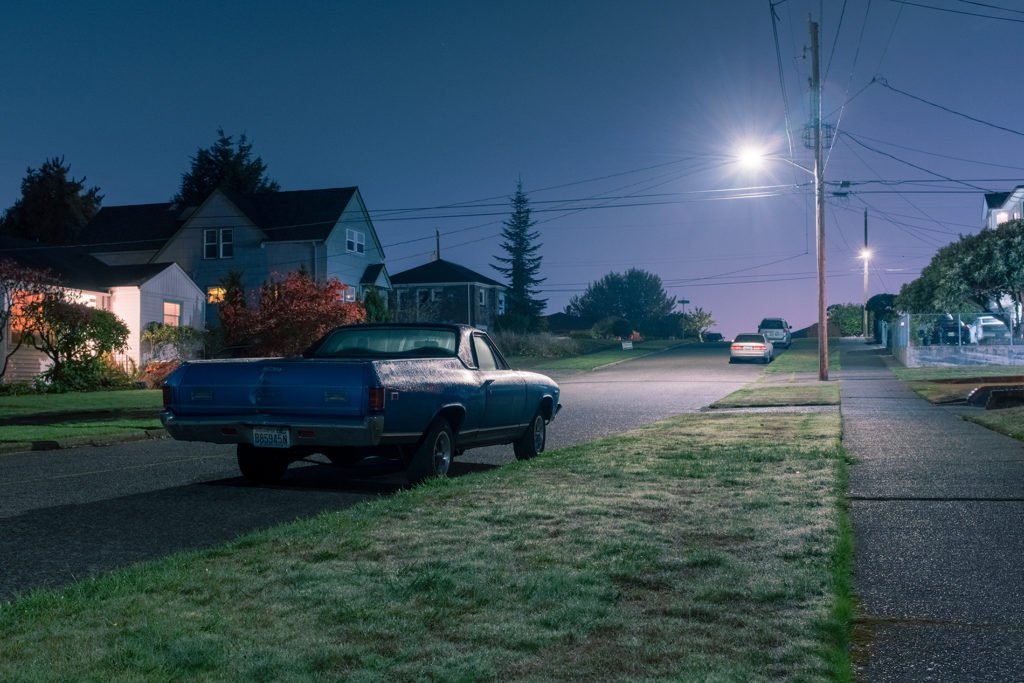 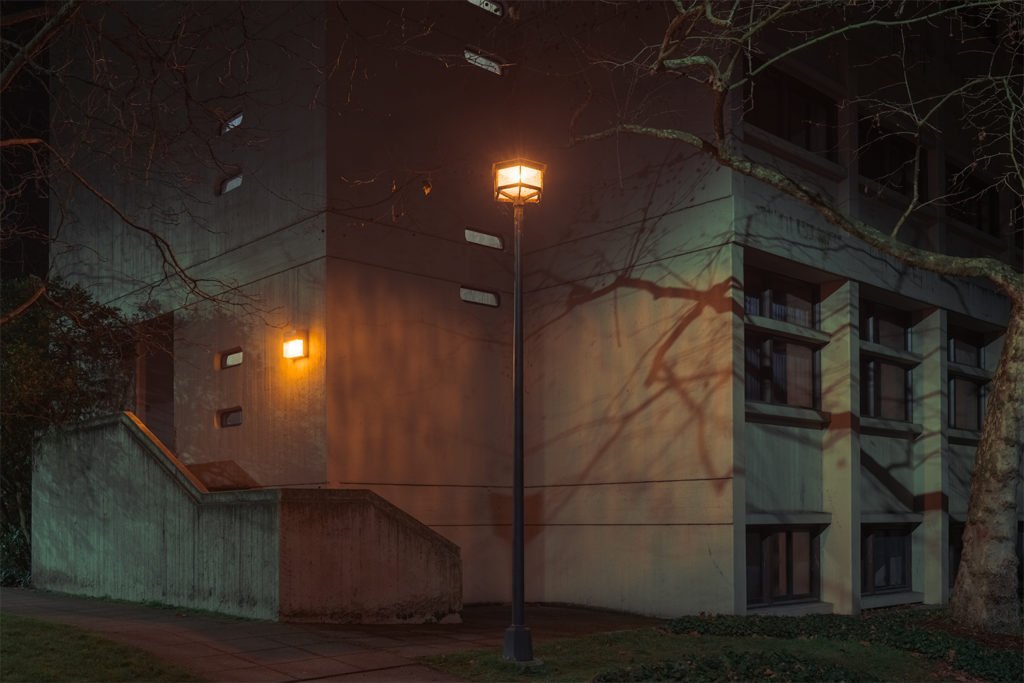 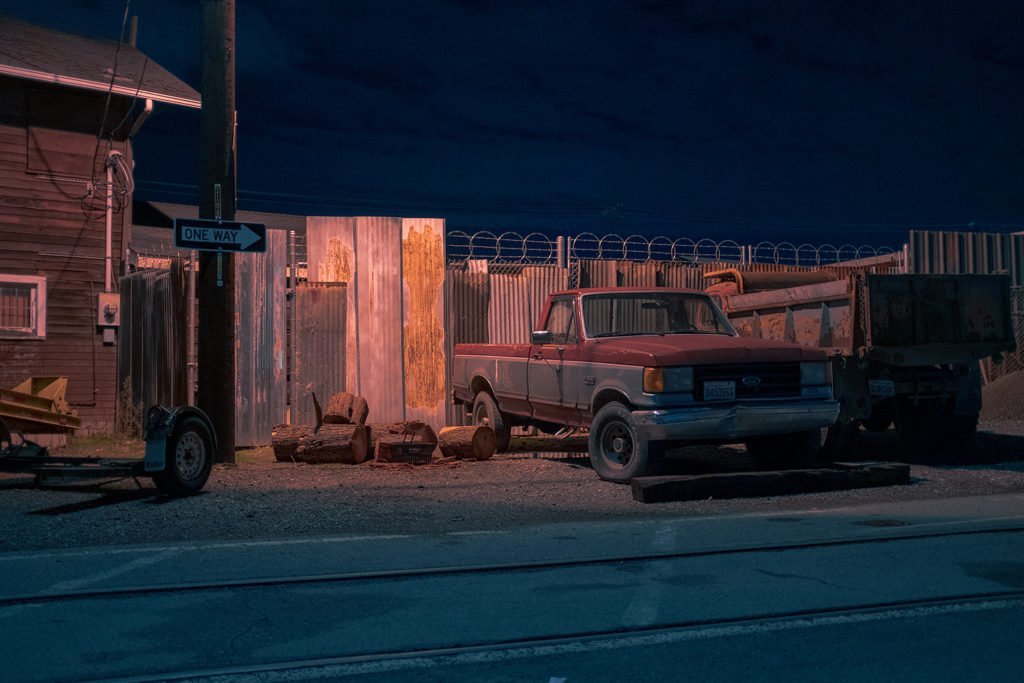 When I’m looking for a photo, I find I’m initially drawn to a scene for its lighting, subject matter, color temperature, etc. Later, when I’m in post looking at what I’ve captured, I really begin to feel and see a story develop through the composition. It can get pretty deep for me, but I don’t surface that because I’d much rather have a viewer connect to it for their own reason.

Aside from personal life journeys, music can be a big source of inspiration. Mostly because of the way music activates the brain in so many ways. It allows me to find stronger connections to the images I produce, and I can use it to put my mind in a place where I’m more open to certain types of imagery.