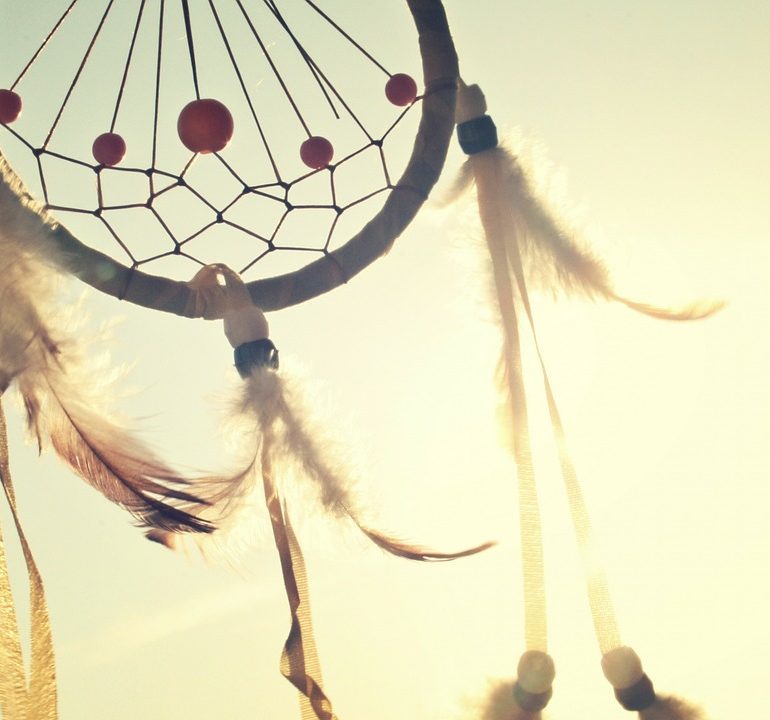 Michael Carter has previously published short fiction at The Molotov Cocktail, Scrutiny Journal and Coffin Bell Journal. He grew up in Washington but currently resides in Montana.

The Catalina Herald, today: “Avalon, California. Multiple fatalities and injuries reported after an explosion rocked the island interior. Witnesses at the nearby Native Plant Conservatory saw several Catalina Bus Tours expeditions congregate, and hundreds of tourists had left the buses for photographs when the blast occurred. Despite the ninety-degree weather, the witnesses described white snow-like material falling moments after the blast. This is a developing story.”

Past the only gas station and the third liquor store, on a two-lane road at the outskirts of the Rez, rests a dilapidated building with windows covered in plywood. Each year, from mid-June through the week after the Fourth of July, Dancing Sturgeon and his son Two Laughing Crows would pry off the plywood on the first floor and turn it into a temporary shop. During this time, they sold fireworks and food. Then they boarded it back up until next year.

The upper floor had beds and a small kitchen. They would travel for much of the year to sell medicinal spices, jerky, and beaded purses. But when they returned, this was their home.

Everyone assumed Dancing Sturgeon owned the building. He mailed monthly payments for thirty years. But, when he thought he’d finally take title and retire, he was told he did not have the rights and was paying only rent. The building, just off tribal land, was owned by a non-native from Colorado who collected the checks but had never even been to the area. Dancing Sturgeon could not read the piece of paper they said he had signed.

Two Laughing Crows found his father’s body on the second floor, the chest cavity hollowed by the Hawken rifle that lay nearby. He sought consolation from his friend, Talking Stick, who helped him mourn and bury Dancing Sturgeon. Talking Stick himself was no stranger to death caused by The Man. He learned at a young age that his great-grandmother passed to the spirit world following blows from a Cavalry officer’s boot to her head.

Two Laughing Crows never ventured to the second floor after his father’s death. Instead, he festered in the basement, stoking the cast-iron furnace with violent thrusts during winter and ignoring the eviction notices that appeared on the front door. At night, he wandered the Rez. He walked, almost in a trance, with his head low and his father’s Hawken in hand. He considered using it many times under the glow of the moon.

One night, while meandering through a maze of junk and broken-down cars on his neighbor’s field, Two Laughing Crows stubbed his toe on a pile of electronic garbage. A cracked green circuit board, loose wires, and plastic computer monitor housing mounded in front of him. He kicked in frustration until his shoe reached the soil, uncovering the top portion of a bovine leg bone. As he pulled the bone from the ground to examine it, a twinkle of revenge formed in his mind.

Two Laughing Crows shared his plan with Talking Stick, and they began collecting the necessary components. They salvaged the electronic garbage from the field, and then gathered PVC piping, sheet metal, and additional wiring. Talking Stick brushed up on reference books from electrician and taxidermy classes he had taken. They researched flammable materials and explosives.

On the anniversary of Dancing Sturgeon’s death, they completed their four-legged mechanical creature. In the stomach area, a VCR chassis held the solenoid, circuit board, and other critical electrical innards. They put a car brain box, and a coiled antenna for remote control, inside the plastic globe that served as a head. Talking Stick sawed off bison horns from a real skull and affixed them to the globe. They draped a brown cattle hide over it, and they used zip-ties to hold it together and give the appearance of an actual bison. It could walk, like the real ones used to on the Rez. It was rudimentary, but it just had to look like part of a herd.

“We start on Catalina Island, where they will least suspect us,” Two Laughing Crows said while latching the coupling tongue of the trailer they would use to transport their creature to the Port of Long Beach.

“Catalina? How about somewhere close, Bismarck or Cheyenne, in case it doesn’t work,” Talking Stick replied.

“The Hollywood Man brought bison there for movies, and they were never removed. It’s our best chance.”

“Lots of tourists there?”

“They bring them in busloads. They stop when they see bison and approach with their cameras and devices. Then it will explode.”

“We will come back north with another one, to the Tetons or Aw’ Pawishi, the land of steam and yellow rock? The Man is always at the old geyser at the same time. That will be easy.”

“Yes, we will take from them as they have taken from us.”

Two Laughing Crows snapped together the trailer-light connection. He glanced to the second floor of his home, and then to his father’s Hawken resting on the porch. Would he even have a home when he returned? he thought. Would the locks be changed? Would he find his belongings, his father’s belongings, strewn with the junk in his neighbor’s field?

“Wait,” Two Laughing Crows said as he reopened the trailer gate. “I have an idea. Take off the brown hide. Let’s make it white.”

“You are wise, brother. The rare white buffalo. Tatanka Ska, then?”

Note: Tatanka Ska is the term used by the Lakota Native American tribe to refer to white buffalo. Also known as the Teton Sioux, the Lakota are one of the three Sioux tribes of Plains. Their current lands are in North and South Dakota.