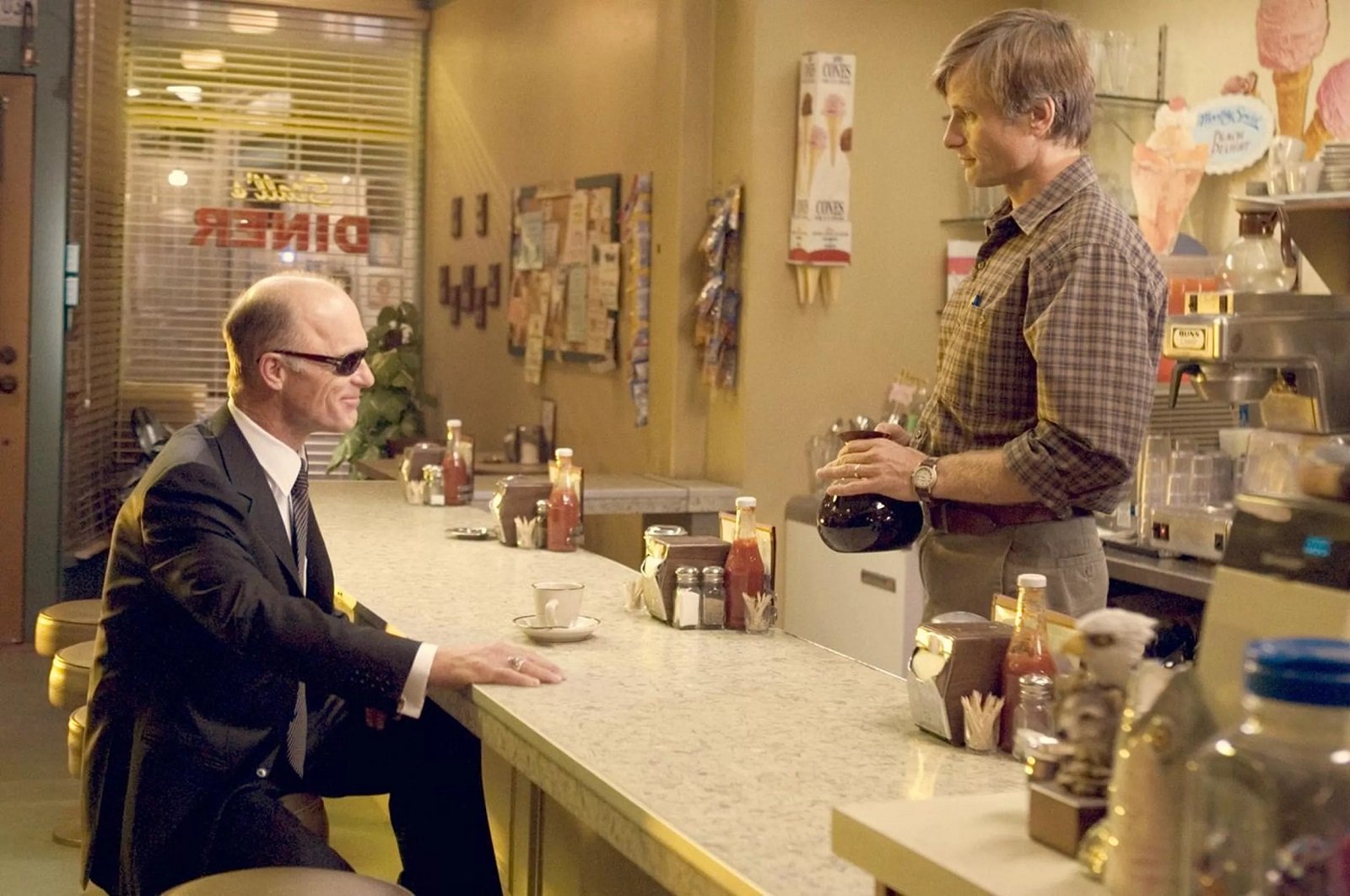 The Carnal Crime of “A History of Violence” and “Eastern Promises”

Author Nick Kolakowski takes a closer look at two crimes by David Cronenberg: “A History of Violence” and “Eastern Promises”.

Canadian director David Cronenberg has spent his career studying the carnal—the ways that flesh transforms, grows, merges with other flesh, and dies.

He’s also the consummate genre-jumper: Having made his name in body horror (with ‘70s and ‘80s classics such as “The Brood” and “Scanners”), he expanded into other genres such as auto-erotica (“Crash”), literary adaptation (“Naked Lunch”), and, in this century, a pair of crime films (“A History of Violence” and “Eastern Promises”).

“A History of Violence” and “Eastern Promises” are necessary viewing for anyone interested in how crime cinema can serve as a vehicle for exploring existential themes. Both films star Viggo Mortensen as characters pretending to be someone else, and (as you’d expect) he’s very skilled at showing two personalities living in one flesh.

“A History of Violence” (2005) takes place in the bucolic town of Millbrook, Indiana, where Tom (Mortensen) runs a diner. When two criminals try to knock the diner over, Tom flips instantly from gentle small-business owner to lethally effective murderer. As gangsters drift into town, hinting at dark events from the past, it’s increasingly clear that “Tom” is a false identity of some kind. The bodies pile up, and Tom seems to evolve into a totally different man, one his wife and children no longer recognize.

“A History of Violence” and “Eastern Promises” are necessary viewing for anyone interested in how crime cinema can serve as a vehicle for exploring existential themes.

“Eastern Promises” (2007) casts Mortensen as Nikolai Luzhin, a driver and enforcer for a Russian gang in London. As Nikolai rises in the ranks, the usual gangland intrigue erupts, including family betrayal, murderous Chechens, and a baby with mysterious parentage.

Around three-quarters of the way through, there’s an iconic and brutal brawl between Nikolai and a couple of Chechens in a bathhouse that proves you should never, ever get into a knife-fight on a slippery floor. And afterwards… well, not to spoil things too much, but suffice to say that the “Nikolai” persona turns out to be a mask of sorts.

When these films debuted, critics were quick to call them a change of pace for Cronenberg. But swapping out the mutants and weird technology of his previous films for gangster violence didn’t really change anything, thematically; the director remained hyper-focused on the malleability of identity. For example, Nikolai tattoos his body to broadcast his mafia status, the ostensible core of his being, to the world at large; but the later twists of “Eastern Promises” reveal that he’s just made his skin a costume, a flimsy interface between him and various groups.

Cronenberg is too elegant a filmmaker to waste time delving into definitive answers to [critical] questions.

Cronenberg isn’t the first writer or director to use crime fiction as a means for exploring identity. Multiple films, from “Dark Passage” (Bogart as an escaped convict) to “Face/Off” (Travolta and Nicholas Cage at their loony best), have plunged into plastic surgery and persona-switching, for instance. When a fictional criminal assumes a new identity, or even a new face, it opens a treasure-box of questions and themes. Can we ever escape our pasts, and our guilt? Is it possible to truly start life anew? And most troublesome: What actually defines us?

Perhaps to his credit, Cronenberg is too elegant a filmmaker to waste time delving into definitive answers to those questions. He’s content to present the bloody conundrum and then step back, many plot points unresolved, leaving you to think. We’ve left with the unsettling feeling that everything we assume is so solid—our bodies, our identities, our motivations—are far flimsier than we want to believe.

To read other essays by Nick Kolakowski for Mystery Tribune, please visit here.