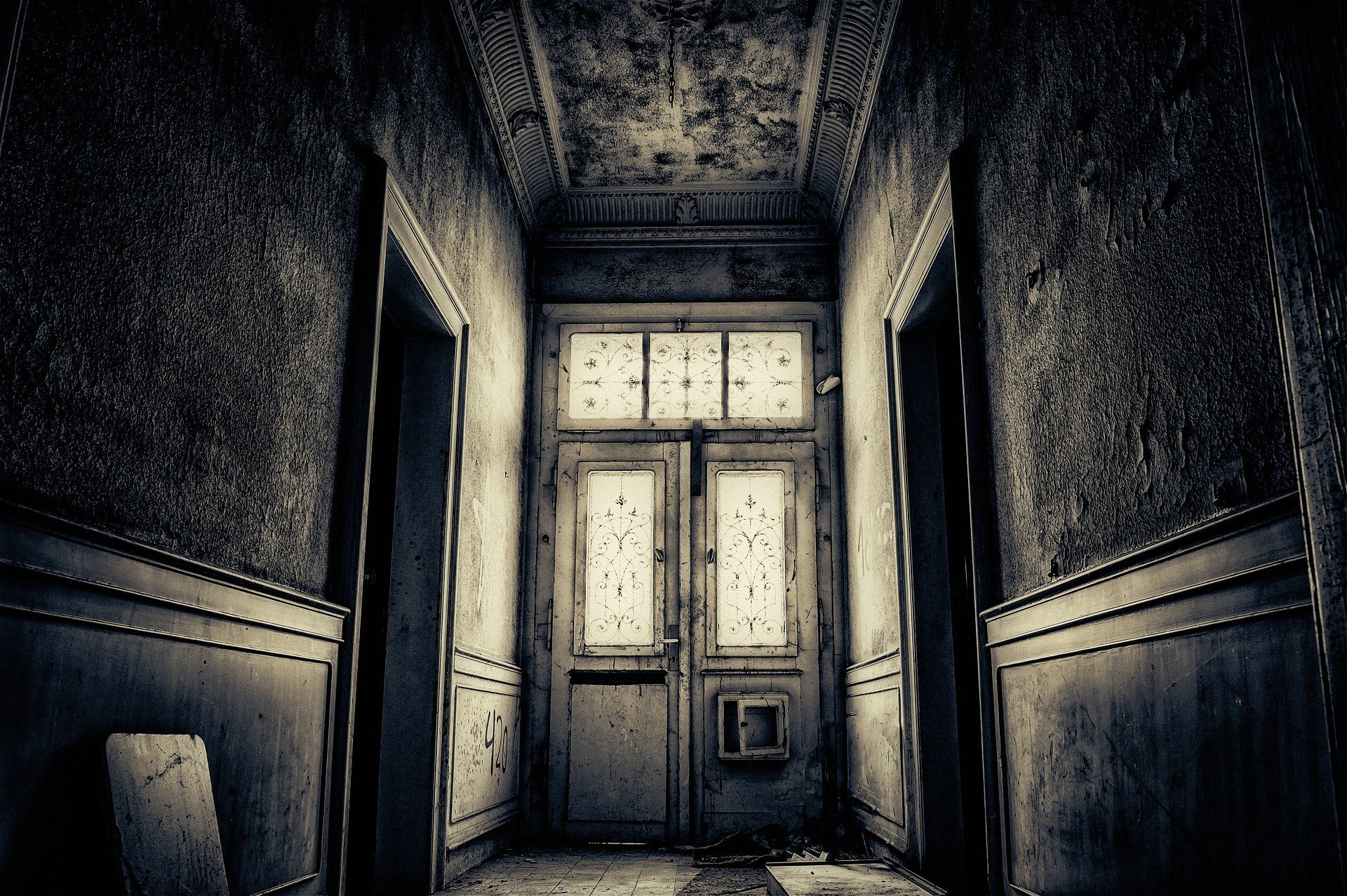 David Berger, author of The Hotel Room, has previously published short fiction at Mystery Tribune, Silver Blade and Horror Tree. He is based out of New York City.

She knocked and he opened the door almost immediately, which unnerved her a little. And she tripped on the rug as she walked into the room, which didn’t help. She looked around: It was a hotel room and nothing more. It was brightly lit, too brightly lit. There were no shadows. He caught her looking around.

“I expected something a little more comfortable.”

And indeed it was nice. It wasn’t sordid, like some cheap hot bed place, but it wasn’t fancy like a midtown hotel. It was nice. The walls were beige, and the bedspread had those big pom-poms that kids like to play with and pull at.

“Sure,” she said and wandered off towards the mini-bar.

“I brought some,” he said. She turned and watched him take a bottle of Canadian Club out of his briefcase … or whatever it was. It had a shoulder strap.

He went into the bathroom, and she heard him unwrap the cellophane from two glasses. She had her back to him, looking out the window, as he fussed for a moment to open the bottle. She turned toward him, and he held out a half a glass to her. His wasn’t as full.

He went into the bathroom, and she heard him unwrap the cellophane from two glasses.

“Are you trying to get me drunk?” she asked.

He laughed: more a snort than a laugh.

“Only if it’s necessary,” he said.
She sat down on the bed and took her shoes off. They were knock-offs of the kind with the red soles. The left heel had already begun to wobble, which was why she had almost fallen when she had come into the room. She lifted the drink and drank most of it down.

“Are you trying to get yourself drunk?” he asked.

“Only if it’s necessary,” she said.

She leaned over and put the glass on the floor. Then she stood up and facing him began to unbutton her blouse.

“You have a very nice figure,” he said.

She shrugged and slipped the blouse off. She was wearing a small bra that barely covered her.

“Nice,” he said as he put his hands on her breasts. “Very nice.”

Then he put his arms around her and tried to kiss her, but she stepped back from him.

“Why don’t you get undressed,” she said.

She turned her back on him, unzipped her skirt and slid it down to the floor. Then, turning slowly to face him, she pulled off her pantyhose. He had kicked off his shoes and had just gotten his pants off. He still had his shirt, socks and boxers on. To her he looked ridiculous. She walked over to him and unbuttoned his shirt and helped him off with it and with his tank top. Then he sort of hopped around pulling off his socks. In a moment, he stood there in just his boxers. He still looked ridiculous.

He put his hand on her shoulder and sat on the edge of the bed almost pushing her down with him. Then he turned and put his hands on her breasts again.

“Wait a second,” she said and reached around her, unsnapped her bra and let it fall. She saw his eyes widen and heard him take a deep breath as he saw her.

She stood up and took her panties off.

“Up,” she said to him, and he stood up. She knelt on one knee to work his boxers off him. When she stood up, he tried again to kiss her: putting one arm around her shoulders and one around her butt. This time she responded to him, and they half slid and half fell onto the bed.

There was a loud banging on the door. Then it practically bounced open and three men rushed into the room. The first was a cop. Right behind him was a man dressed in a grey suit. A third man, wearing a windbreaker, followed with a camera.

“Hold it!” the cop said. Then he stepped away to let the man with the camera over to the bed. He took four or five shots of the naked couple. Then for a minute, the room was silent. Finally she spoke.

“She turned to the man on the bed”

“You all right, Honey?” she asked. The man was shivering in fear.

The man in the grey suit walked over to the bed.

“The pictures go to your wife, Buddy. Unless you’ve got a better idea.”

“I’m done here,” the cop said. He walked over to the man in the grey suit who handed him an envelope. The cop left closing the door quietly behind him.

“Why don’t you get dressed,” the man in the windbreaker said.

“I don’t need instructions,” she said. She stood up put her hand on his shoulder. “Unless you want to give me some later on.” Sh

She smiled and playfully shook her head and shoulders side to side. The cameraman backed away towards the door.

The grey-suited man turned away from the bed but not before dropping a business card next to the still-shaking man.

The man in the grey suit turned to the woman, who was alrmost dressed.

“I’ll take care of you tomorrow night,” he said.

She nodded again and then she followed by the grey-suited man and the photographer our of the room.

If you’ve enjoyed The Hotel Room by David Berger, you can check our complete online collection, covering a wide range of flash fiction in crime, horror, mystery and thriller here. Additionally, premium short fiction published by Mystery Tribune on a quarterly basis is available digitally here.