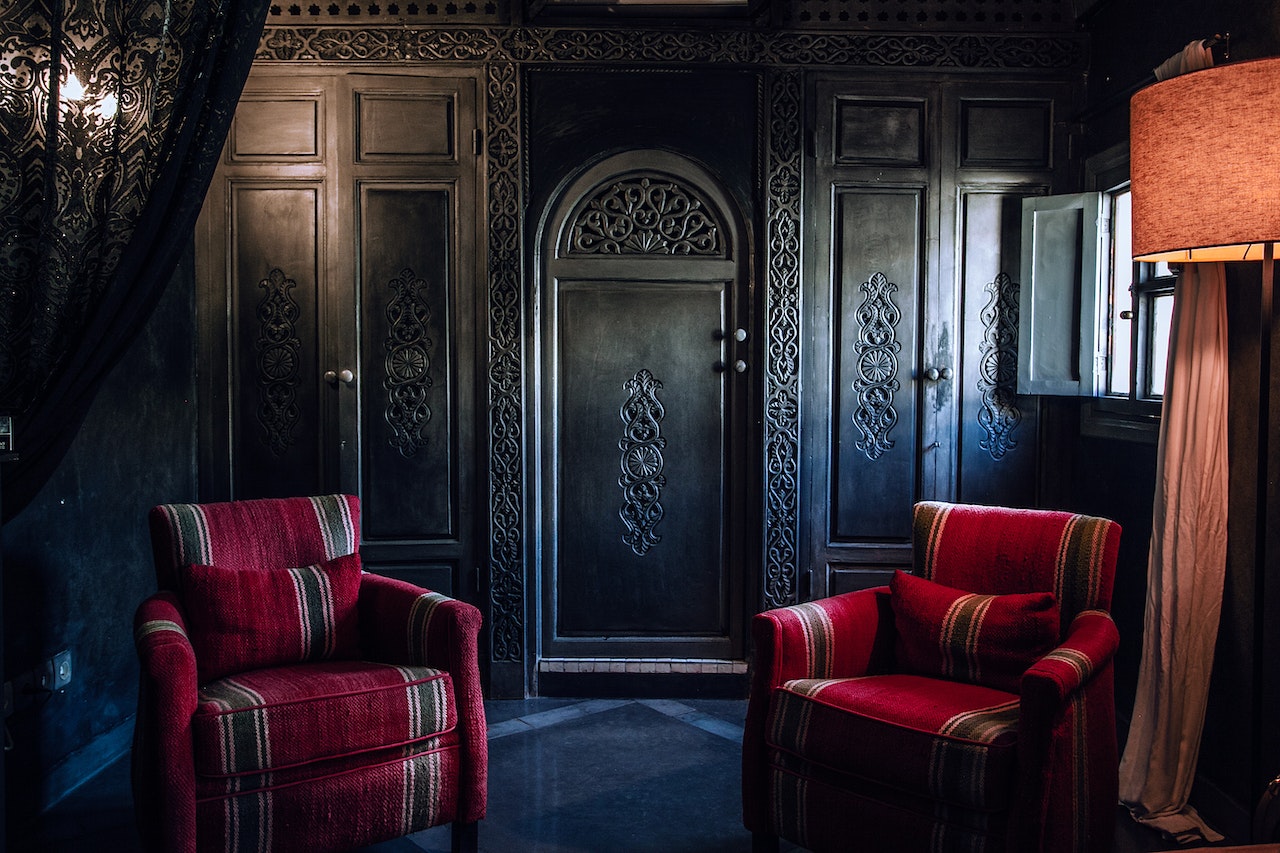 Aaron Sommers, author of The Last Gumshoe, lives in New Hampshire. His stories have appeared in The Emerson Review, The Berkeley Fiction Review and Word Riot, among others.

In a perfect world, nobody would need me.

Because in a perfect world, everybody would do the right thing. Own their wrong. Be honest. To others and themselves.

But this world’s got a long way to go on its road towards perfection.

It’s a muggy afternoon in the middle of July and we’re all living in someone’s armpit when I arrive at the scene. I’m greeted by a couple officers nursing their coffees and hovering over the stiff. I lift the yellow tape and take a look: a very blonde, very dead white male in his mid-twenties. There’s no sign of struggle, but you’ve gotta dig deep to see what I look for.

Our decedents’ name is Mark Morrill, the only child of none other than Chester and Mary Ann Morrill. The Morrills are the wealthiest family in this Podunk town, with loads of old money to roll around in. A hundred years ago, Chester’s grandfather patented some kind of elastic they use in most of the world’s pantyhose and the family’s pockets have only grown deeper every generation since.

The Morrills are the wealthiest family in this Podunk town, with loads of old money to roll around in.

The local heat goes on about the needle dangling from his arm, but all I see is a couple of limbs without any track marks and a scene without any witnesses. Morrill’s got the flabby midsection of a life-long pothead, someone whose been in a soporific stupor since he started growing pubes, so he was clearly out of his depth here. THC is merely a gateway to slackerdom. Guys like him aren’t ambitious enough to take the leap into hard shit like this. I take a pinch and have a lick. It’s pure heroin alright—with enough horsepower to send Keith Richards into the afterlife.

The officer asks me what I think on my way out.

Twenty minutes later, I’m pulling into the driveway of Candace McGregor, Mark’s girlfriend of five years. She’s got a condo on the East Side of town.

“I knew about his demons,” she tells me, with a wipe of her mascara-streaked cheeks. Her face is round, her skin’s smooth, and her eyes are the color of maple syrup. McGregor’s in her mid-twenties, with strawberry-blonde hair and long, flawless legs, which she crosses tightly as she talks to me.

“But—” her voice cracks. “—I had no idea,” she looks away from me and plucks a smoke out of a dented pack. “That he was into…that kind of stuff.”

I offer her a light. “A lot of times this kind of thing comes as a surprise to people.”

“I just…can’t believe he’s gone,” she says breathlessly, and takes a deep drag of her Camel. “I can’t…” She flicks some ash into an empty can of Dr. Pepper with a twist of her torso, and her cleavage dazzles me like the sun so I quickly avert my eyes.

“And you were at work when this happened?” I ask.

She nods soberly, hand over her mouth. “Yeah.”

I leave her residence thirty minutes later without any answers.

Then again, I wasn’t looking for any, either.

The Morrills live in something closer to a castle than a house, with wrought-iron gates in front more statement than security measure. I pull up, someone buzzes me in and they open with a reluctant groan. There’s a distinct Gothic vibe to the place, and with those stained-glass windows glimmering under the red sun and that large gargoyle statue at the entrance, it’d be well-suited for the headquarters of some nefarious vampires. Before I even get a chance to knock, their housekeeper opens the thick door and ushers me inside, towards the living room, where the Morrills await me. Like every other room in the house, this one’s got very high ceilings, like the architect anticipated just how stuffy it’d get with these kind of people under the roof.

I unbutton my jacket and sit down.

“Detective…” The victim’s mother turns to me with bloodshot eyes. “Do they think it was…accidental?”

“Looks that way,” I say to the father, who’s eyeing me like I’m his mother-in-law here for the weekend. “Right now, at least.”

She dabs her nose with a crumpled Kleenex. “How would he even get stuff like that?”

“We’re not sure,” I take a deep breath. “But we do know it’s become more available than it used to be.” I reach into the pocket of my jacket and take out my mini-notepad and pencil. “If it’s okay, I’d like to ask you a few questions.”

“Sure,” the father answers quickly with a palm up. “Whatever we can do to help.”

“When was the last time you spoke to your son?”

She blinks a few times in thought.

The father bites his lower lip and keeps his eyes on his wife. “He sounded…like he always did.”

“Harried,” he narrows his gaze at me, and his blue eyes turn steely. “Manic. Almost…desperate.”

“Mark needed money,” the mother’s face tightens at the sound of the word. “He said he owed some people a great deal of money and…” her words trail off and her face wrinkles into a deep sob.

“Mark got involved with the wrong kind of people,” testifies the father, letting his wife’s sodden face dissolve into his chest. “And the longer he associated with them, the deeper the trouble he got himself into.”

I nod solemnly, and jot down a few notes. Ten minutes later, I excuse myself. They thank me for my help, and the housekeeper shows me out. It’s almost five o’clock by the time I roll out of there, close enough for me to call it a day and make the last and best stop of them all.

Chad Baron lives in a condo on Fishersville Avenue. Baron’s been peddling narcotics since Middle School.  He’s somewhere in his late forties now, with a gut that makes him look perpetually pregnant. I park at the Chinese restaurant across the street and enter his place through the basement. Baron’s never surprised to see me, though, seeing how I’m a regular customer.

Even though I never pay for the product (Bolivia’s Finest Nose Candy) every week a transaction takes place. He gives me an eight-ball of B.F.N.C. and I give him support. It isn’t protection, it’s provision. So long as the powder stays potent, I’ll wave my wand and make his competitors disappear, and turn a potential investigation into a dead end. That’s been our marriage for ten years now, and this afternoon, while he finishes his shift at Dunkin Donuts, he’s as reliable as ever. The baggie’s there on the coffee table, waiting for me like a satchel of magic snow and my heart leaps as I pocket it and head out.

Later that night, deep into my second whiskey, I drop another bump onto my knuckle and give it a heavy snort. It’s like a cold beer on a hot August day and my synapses fire with a newfound gusto, so I decide to give Baron a call. He finally picks up on around the tenth ring.

“You seen any horse coming into town lately?” I ask.

“Nah,” he says listlessly. “Why? You lookin’ to be the next John Belushi or somethin’?”

“No,” I take another swallow of the amber-colored liquor. “But I want to know who’d bring it into town.”

There’s a long pause as his mind runs through a long list of past and present dealers.

“I need you to ask around,” my voice sounds like it was soaked in kerosene all day.

“Alright,” he answers slowly. “I’ll find out what I can.”

“Splendid,” I hang up and slouch back into the chair. My stomach shudders as it occurs to that I haven’t eaten anything since noon. It’s almost two in the morning now, so I’m not sure if at this point it’d be a late dinner or an early breakfast. I shuffle to the kitchen, eat the last piece of cold pizza in the fridge and wash it down with three fingers worth of Johnny Walker.

Afterwards, I inhale another beefy line of Devil’s Dandruff and it feels like a hornet flew up my nose and is stinging his way back down, but the vim and vigor return to my brain.

According to her supervisor at the VA hospital, Sherry showed up for work the day Mark bought the farm, but she signed out early. I take another sip of scotch and read the toxicology report again. Amidst the standard garbage in his system (THC, ethanol, pseudoephedrine, etc.) one thing stands out to me: Morrill was a scrawny kid without a tolerance, yet he had enough valium in his body to subdue an elephant. There’s no way he could’ve been conscious after those benzos—much less been able to inject himself with that kind of junk. They found him alone, and no one else’s prints were found on the syringe or anywhere else on the scene, but all that means is somebody did a little housekeeping on their way out.

Two weeks later, the captain tells us the curtain are coming down on this investigation because the M.E. determined the Cause of Death to be O.D. and the family needs closure. That same night, I’m drifting off to sleep on my couch in front of an Infomercial about very sharp knives when Baron calls me up. He did a little digging and ended up in Southie, where he talked with an Irishman named Ritchie Fitzpatrick. Fitzpatrick happens to own a bar that’s a front for an underworld boss named Medgar “Mossie” O’Malley. Mossie’s got a finger in every poppy flower that makes its way north of Philadelphia. There aren’t a lot of buyers looking for top shelf smack like that, but it just so happens one of his poison peddlers on the street sold a half-kilo of China White to a young lady exactly one week before Morrill’s untimely demise. The dealer only gives a rough outline of her general appearance, but I’m able to get a clear picture of Candace McGregor.

Early the next morning, I get a warrant and make a house call to her place.

She’s in her birthday suit, already shacked up with someone else. That part doesn’t surprise me.

The fact it’s Chester Morrill, though, I’ll admit I didn’t see that one coming.

The last pieces of the puzzle fall into place quickly, then all at once, as they usually do when a life’s torn asunder. I’ll hand things off to the feds now, before the press gets wind of this circus and turns it into a Lifetime movie.

I head home with a splitting headache. No one at the station wants to see me, and nobody ever offers me a high-five. As much as they don’t want to, and shouldn’t have to, the ugly truth is, they need me.

In English, we’re called Inspectors. In Japan, we’re members of the Imperial Guard. Here in the U.S., though, they used to just call us gumshoes, because you never hear us coming.

If you’ve enjoyed “The Last Gumshoe”, you can visit our free digital archive of flash fiction here. Additionally, premium short fiction published by Mystery Tribune on a quarterly basis is available digitally here.