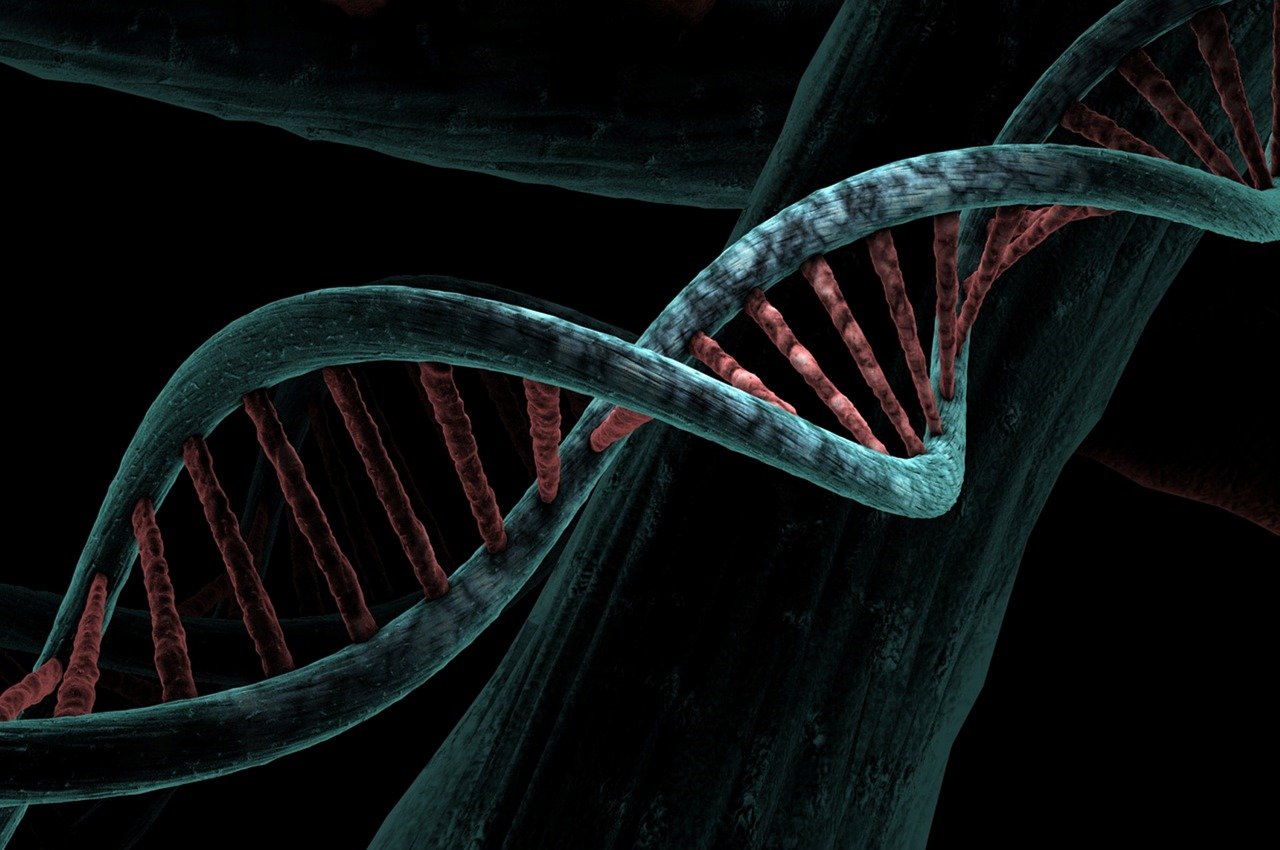 Austin Gilmore, author of “The Man From Warwick”, is an Art Director and Gallery Artist based in Kansas City. Before that, he co-ran Kevin Costner’s production company for 7 years. He has previously published short fiction in Tangled Locks Journal.

In the decades leading up to Dolly, when it was clear a breakthrough was imminent, three distinctly different private military companies raced to gravesites around the world. They left a trail of death and destruction in their wake, hoping to collect enough assets to shape the future to their own, corporate liking.

That’s what they called our bones. Assets.

Each had a different view on the looming science. Verage believed in destroying the DNA, Tripoint believed in collecting the remains to sell to the highest bidder. And Warwick focused on extraction, to one day use what they collected for themselves. Each worked against a looming deadline, knowing a day would come when the science caught up to the promise and the breakthrough would become public. And that day finally came when a nuclear transfer birthed that eerie looking critter.

Once you clone a sheep, cloning humans wouldn’t be too far behind.

The worldwide fear of a single cloned animal, with those dark, beady eyes distracted everyone from the real terror looming just over the horizon. How much had Verage, TriPoint, and Warwick accomplished in their years leading up to Dolly? Evidently, a lot. Think of any historical figure from any point in history. More than likely their bones had long since disappeared by Dolly’s emergence. From Einstein to Rasputin to all of mes, every significant gravesite was pillaged, their DNA archived, destroyed, or used, depending on what outfit got to there first.

So, what was their goal? It’s obvious, isn’t it? Once you clone a sheep, cloning humans wouldn’t be too far behind. So then, who do you clone? Mix the DNA of Hitler, Alexander The Great, and the lead singer of Chumbawumba and you got yourself the absolute worst-case scenario. Sorry, I’m still working out who is who, who is dead, who is still alive, and who is considered the worst of the worst. Was one of those a bad example?

I met the man from Warwick at the height of the pillaging, when they were already too late.

“One-one-nine. Go secure,” he didn’t even whisper into his lapel, thinking I was in the back grabbing scones. I wasn’t, I was leaning (“awkwardly”, as my handler would later describe) behind the counter watching his every move.

“Two TriPoint agents have begun extraction as horribly disguised groundskeepers. Makes me really appreciate all the hard work Artillery and Assets puts into our disguises. Affirmative. A hearse full of Verage is parked close to the mausoleum, loading their weapons and getting ready. Correct, the attack is imminent.”

He sat by the front window with his back to me, like yesterday and the day before and the day before that. Everyday baby-sipping a single cup of coffee like the cheap private military agent he was and fake-reading a book that he held upside down for most of the day. He wasn’t even trying to hide the fact that he was there staking out the Hillgrave Cemetery across the street from my fake little coffee shop. He’d been my only customer all week. Really, he’d been my only customer period since I opened. Evidently, he wasn’t concerned that his cover was blown. Or that I, this sweet barista he called “girlie” the few times he acknowledged my presence, knew exactly who he was and who he worked for.

He should have been concerned. He probably should’ve tried a little harder.

“So is Tripoint and Verage the bad guys? Or are you?” I asked as I filled his cup with whipped cream, forgetting that baristas usually serve customers coffee, knowing my handler was upstairs shaking his head in disgust.

“I don’t know what you’re talking about, girlie.”

Before I could accuse him of lying, an explosion of gunfire drew both of our attention to the cemetery.  Six men swarmed out of a black hearse, all converging on a mausoleum where two groundskeepers had sledgehammered their way inside.

In the briefest of lulls, the two groundskeepers re-emerged from the mausoleum carrying a skeleton in one arm, automatic weapons firing back with the others. Though outmanned, the groundskeepers, two agents from Tripoint according to this man’s updates into his lapel, lasted way longer than I thought they would.

But that’s not to say they didn’t die horrible, violent deaths.

Firefights happen so fast in these modern times. In some of my days they were long, drawn-out campaigns. But here, now, they’re over so fast. Before I could even react to what I had just seen, the Verage agents from the hearse swiftly dragged both Tripoint bodies into the destroyed mausoleum, grabbed the prized skeleton and had driven off like they were never there.

It was beautifully orchestrated and quite inspiring to witness modern warfare up-close. Unfortunately, the moment was ruined by the horrific cackle coming from the man watching beside me. “Two people just got gunned down, how is that funny?” I genuinely asked, hoping to learn how to react appropriately for the next gun fight I hoped to witness.

“You’re right, it’s not funny. But it is funny imagining those goons realizing they just killed two Tripoint agents for a fake skeleton I stole from some high school science lab. Verage has never hired the brightest guys.”

He spoke into his lapel like I wasn’t even there. Like I was nothing. “One-one-nine. Go secure. We got him. Meet at the rendezvous point.”

He stood up and stretched like he was finishing a hard day’s work and unzipped a black duffle bag that had been by his feet this entire time. The smell that escaped the bag was horrific, yet oddly familiar and comforting. He tossed his paperback book into the bag and zipped it back up.

“You had that this whole time?”

“I don’t know what you’re talking about, girlie.”

“Seemed pretty important to all those guys with those big shiny guns.”

“I know, why do you think there’s a random coffee shop across from it, ya dumb idiot,” I said as I pumped my shotgun like my handler taught me. My finger resting on the trigger, awakening long-lost memories of delightful carnage from other lives.

“Woah there girlie, you Tripoint? Verage? I’ve worked for all of ‘em, you better learn quick there are no allegiances in this ga–”

The hole I shot through his chest was the size of a cannonball, reminding me of wounds I saw on some muddy battlefield with axes and chainmail. But that wasn’t here. That wasn’t now.

He crashed out the front window of my fake coffee shop, and I thought, “This is nothing. I think I remember doing worse.”

He landed so far into the street his murder was connected to the other bodies found in the mausoleum, and not to me or my alias, even though by then I was long gone with a different name on a different mission.

Let me clarify something I said earlier. In the decades leading up to Dolly, when it was clear a scientific breakthrough was imminent, there weren’t three, but four distinctly different agencies racing from gravesite to gravesite, hoping to collect enough assets to shape the future to their liking. We all had different views on the looming science. Verage believed in destroying the DNA, Tripoint believed in archiving the remains to sell to the highest bidder. And Warwick focused on extraction, to one day use what they collected for themselves

And us? Well, we already had the science, and our only objective was to use it to stop the other three.

If you’ve enjoyed “The Man From Warwick”, you can visit our free digital archive of flash fiction here. Additionally, premium short fiction published by Mystery Tribune on a quarterly basis is available digitally here.