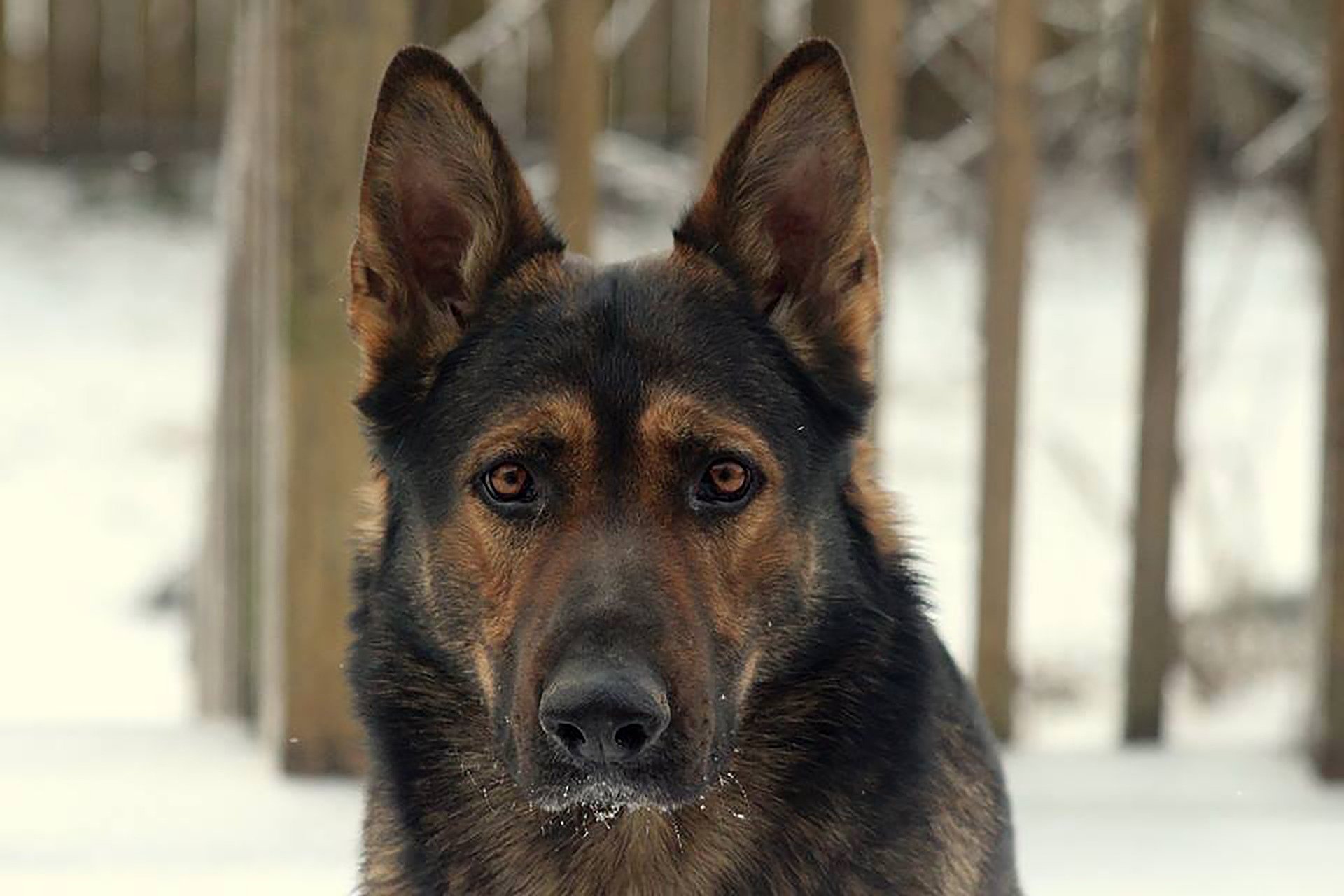 Richard Risemberg, author of The Meeting, has previously published short fiction at Mystery Tribune, as well as stories in Switchblade, Down & Out, and Rock and a Hard place.

It was not the sort of meeting that you dragged a lawyer to, not at all. He took the dog, and he took a gun.

The dog was a German shepherd that felt a maternal interest in his health. A well-trained dog, handsome, implacable, calm. She would attack only if commanded, or if she felt her master threatened. She ignored other dogs. A good dog, the sort of dog you could trust completely. It was good to be able to trust someone.

The gun was a .45 automatic. Its bullets were slow and heavy but they smashed into flesh with the effect of a pickaxe. People like his creditor respected a .45. He had worn latex gloves to load the magazine, so there would be no prints on the shell casings, maybe not even DNA. If it came to that. With the dog there, it would not come to that. But still he brought the gun.

The creditor had insisted on a public place for the meeting, a certain street corner in a certain neighborhood. The negotiator realized he should not have bragged about his guns in better days, when he and the creditor were happy with the balance sheets. He had wanted the creditor to feel his investment was protected.

The creditor had insisted on a public place for the meeting, a certain street corner in a certain neighborhood.

It was foolish; things change. Now he didn’t want the creditor to feel entirely comfortable. The negotiator needed time to pay him back. Time was money, they say. The creditor would want money, not time. Time was empty pockets to the creditor.

Nevertheless, the meeting went as well as he could have hoped for. The creditor had a friend along, one of those large men that gravitate to persons such as the creditor. No doubt the friend had a gun on his person, but it was well-concealed if he did. The negotiator’s gun was not perfectly concealed. The negotiator wanted it known that he had brought the gun but that he had a casual attitude towards its presence.

He would not display it but neither would he conceal it entirely. The dog in any case would not let the large man do anything unseemly. Bringing the dog was the stroke of genius. Waving a gun around brings attention both official and unofficial. Having a handsome dog by your feet is perfectly normal anywhere in the city.

They met at the appointed street corner, which was busy enough to inhibit foolishness on either side. He won the point: two month’s grace on the payment. Now if he could only get himself to work again, he would be able to pay. He was sure he could. He had to be sure of that.

The meeting ended abruptly when, by some mysterious intuition, a cop drove slowly by. Both parties to the negotiation were startled by this; neither side could afford official scrutiny. They nodded goodbye with false smiles, waved and promised to call, and entered their cars. The negotiator went home.

The meeting ended abruptly when, by some mysterious intuition, a cop drove slowly by. Both parties to the negotiation were startled by this; neither side could afford official scrutiny.

By the time he arrived he was shaking slightly. The dog noticed this and looked up at him with a worried expression. He was not sure that dogs had expressions analogous to human ones, but she did look worried. She did not sit down till she saw him put the gun back in its drawer.

He sat in his office chair and tried to quell the trembling. There was nothing to worry about for a while. He need only get back to work somehow, and he would be able to pay. He opened the file cabinet. There was a bottle of good whiskey in it. The successful meeting should be celebrated.

He grabbed the bottle and a glass that he had left there last night. The dog watched him fill the glass and stood up, still looking worried. He raised the glass in a toast, and smiled at the dog. The dog’s expression did not change. Her eyes followed the glass as he stuttered a few words of self-congratulation and then brought it to his lips. The goddamn dog still looked worried. He drank his toast alone and poured another shot. He didn’t toast his own success this time. The dog lay down on the floor and curled up with a sigh.