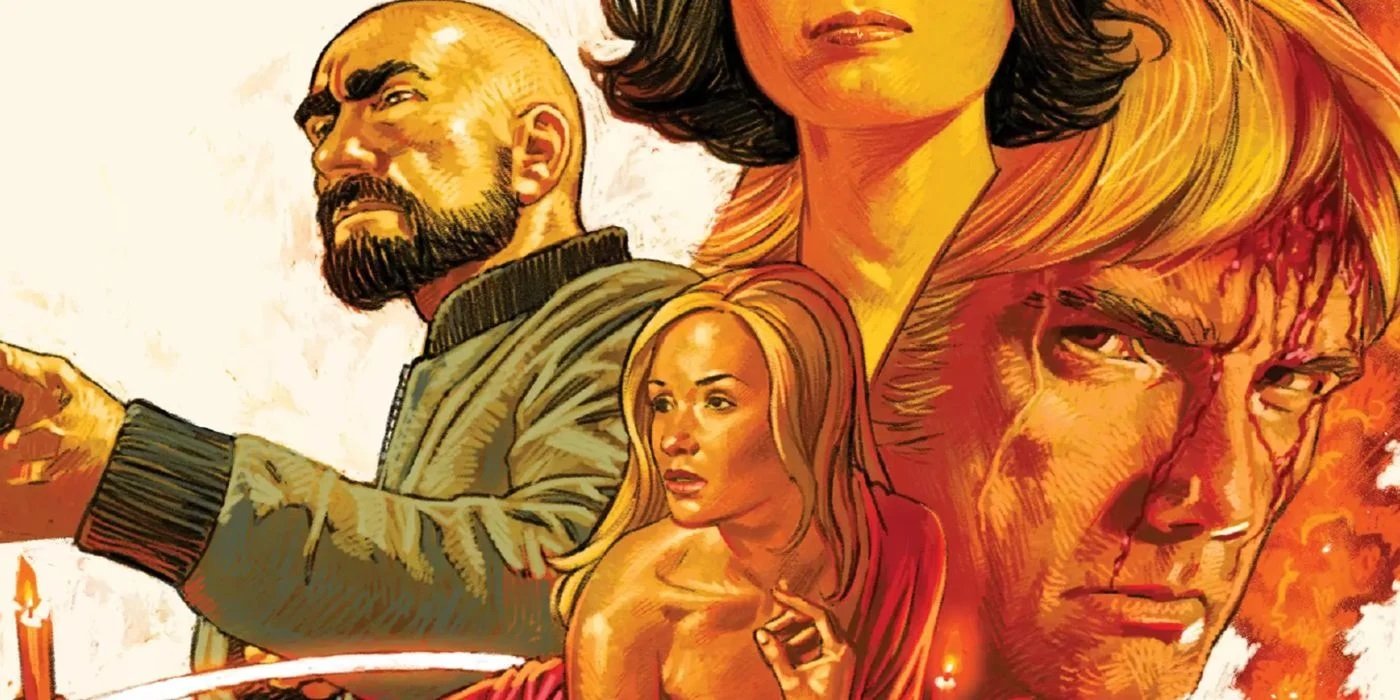 I’ve been reading Ed Brubaker’s crime comics for a while. If memory serves, I believe the first one I encountered was Scene of the Crime, a collaboration with artist Michael Lark. It’s Sean Phillips who’s been his longest-running artistic collaborator, though; besides the long-running anthology series Criminal, they’ve also worked on everything from the slow-burning horror of Fatale to the superhero deconstruction of Sleeper.

Criminal represents a new iteration of their collaboration: a series of graphic novels focusing on a recurring character: PI Ethan Reckless, whose story begins in early-1980s Los Angeles. “Strangely, the ‘series character’ genre, the pulp paperback hero, has never been a big thing in comics — other than Darwyn Cooke’s PARKER books, which adapted paperbacks from the 60s,” Brubaker wrote in an edition of his newsletter in 2020. “And when rereading those recently, it hit me that there was nothing else like them on the market anymore, character-focused pulp graphic novels.”

Over the course of ten months, Brubaker and Phillips released three through Image Comics: Reckless, Friend of the Devil, and Destroy All Monsters. And while each of the three stands alone, there’s also a larger narrative unfolding here – one that involves Ethan and his friend and associate Anna, who operate out of a movie theater in Los Angeles.

Brubaker and Phillips have leaned in to the pulp trappings of the stories they’re telling. The covers have a stylized look that wouldn’t have been out of place on a mass-market paperback from sometime in the 80s. (I write that with affection; I spent a lot of time in the late 80s reading mass-market paperbacks.) And while the stories found in these three volumes are very different, the structure also had its own embrace of archetypes, with a scene told in flash-forward opening the story and then Ethan rewinding back in time to explain just what is happening.

If there’s a running theme within these three books, it’s of people caught up — sometimes violently and sometimes tragically — in the wake of history.

By the time of Destroy All Monsters, though, there’s already been some adjustment to that formula — the flashback here is to a point before the series began, showing how Ethan and Anna first met. And while the narration throughout the books is clearly that of an older Ethan looking back on his life, Destroy All Monsters also offers some clues as to where in life the Ethan who’s narrating these volumes is — which might also foreshadow some developments in the series.

If there’s a running theme within these three books, it’s of people caught up — sometimes violently and sometimes tragically — in the wake of history. The first volume finds Ethan involved in a case where his past in a 1960s radical movement comes to the foreground. The plot of Friend of the Devil involves a sinister cult and underground films of the 1970s, while in Destroy all Monsters, Ethan is hired by a real estate developer looking for revenge on the businessman who destroyed his father’s life.

All of this seems perfectly in keeping with the genre: it wouldn’t be a California-based mystery without the powerful and corrupt playing a part, and without a layer of memory — possibly imprecise or incomplete — spread over the whole thing. Brubaker and Phillips are neatly in sync throughout this, equally comfortable with quieter scenes of Ethan reflecting on a case and with chaotic action scenes — this is, after all, a series that opens with a bloodstained Ethan Reckless holding an axe, ready for action.

There’s a point in Destroy All Monsters where my fondness for this series kicked up into high gear. It feels a little like a risk — a sense of the larger arc of Ethan Reckless’s career as a private investigator — but it pays off. Though it also seems like the temporal gaps between volumes could allow Brubaker and Phillips to fill in some of that space if they ever wanted to. Can you have your cake and eat it too? In this particular case, the answer might just be yes.

If you’ve enjoyed The Pulp Master Class of Ed Brubaker and Sean Phillips In “Reckless”, you can check out the online collection of Mystery Tribune essays by Tobias Carroll here.