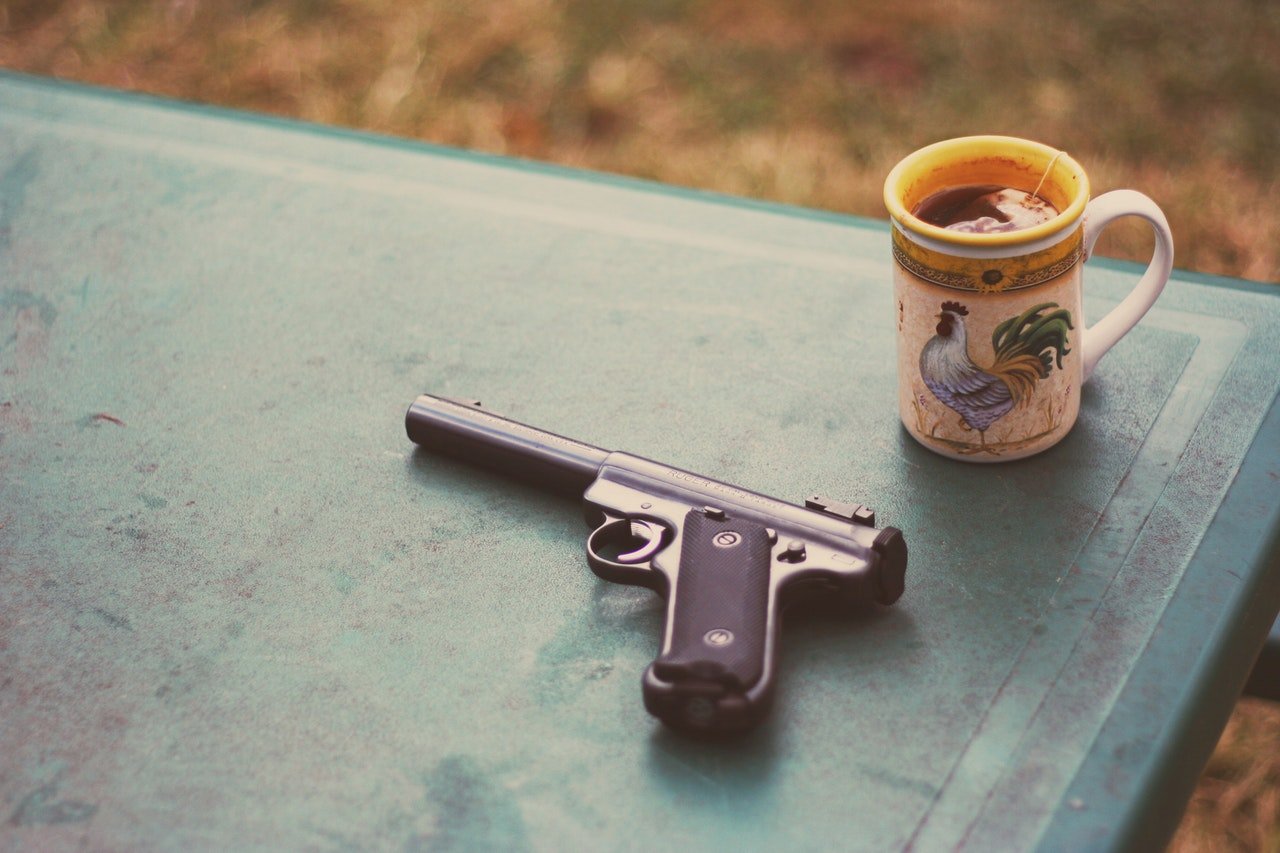 Steven Max Russo, author of The Retirement Contract, has previously published two crime novels titled Thieves (2018) and The Dead Don’t Sleep (2019) by Down & Out Books. His second novel was recently optioned for film.

I shot him in the back of the head with a .25 caliber semiautomatic pistol.

It was around 2AM and I surprised him in the underground parking garage of his apartment building. I stepped out of the shadows, aimed at his head, and pulled the trigger. There was a flash and a bang and he went down in a heap. Blood pooled around his head like thick, black motor oil.

I shot him in the back of the head with a .25 caliber semiautomatic pistol.

The guy I killed was a sleazy lawyer who stole money from me. I got angry, depressed, and then I guess I got a little crazy.

It was an insane act that ended one guy’s life and changed another’s.

He’s dead and I began a whole new career.

I am a contract killer, but at the time of that particular murder I was just a simple accountant.

Friends, acquaintances, even my wife all believe I am still an accountant. And it’s not exactly a lie. I occasionally do accounting work for several local businesses.

For my true profession, I’ve set up a rather elaborate system for accepting contracts. I don’t work for organizations or syndicates. Just ordinary people looking for professional help. People with everyday problems like you and me. And contrary to what you may think, deciding to hire a hit man is not always about money or revenge, or even love, though I get a lot of that type of work.

Some people are just nuts. You know, fly off the handle and decide they want to do away with someone for no good reason. Like a guy who’s pissed off because the guy down the block lets his pup crap in front of the house.

Anyway, my methods vary. I am flexible and take into account the wishes of my client. I have done disappearances, suicides, drive-bys, and a shit load of accidents.

Of course, I do not accept every job that I am offered. I turn down lucrative opportunities all the time. There is simply too much work. You’d be amazed how much business there is for a guy who does what I do.

I take pride in my work, but it is still only that, work. And like any job, it can be stressful. Like when the contract does not expire right away and I have to listen to him or her beg, plead, or cry in an attempt to re-negotiate a new outcome.      But I just put all that aside and concentrate on the task at hand; keep things strictly business.

I can’t say that I love my work, but really, who can?

Of course there are some contracts I actually look forward to working on. Like those that involve assholes who perpetrate violence against children. Or pedophiles. Those people just make my blood boil. I think anyone who would hurt a child is a filthy animal.

My old man was a drunk. Whenever he got in his cups, he liked to beat the crap out of me; with his belt, fists, just about anything that was handy. I’m no psychiatrist, but I’m sure those experiences have had some influence on me which probably makes my attitude perfectly understandable.

After hearing this, you must think I am like a machine. Heartless. But I’m not. I have feelings like everyone else. For example, several months ago I accidentally ran over our family dog while backing out of the garage. I was absolutely heartbroken. But on the whole, I try not to let things affect me.

Anyway, the beginning inquiry usually consists of the contract’s name and address, photograph, and some kind of instructions. Something like “it has to look like an accident,” or “I want it violent and messy.” That sort of thing. And of course there is an offer of compensation. If the contract appears interesting, I find out what I can. I have more to worry about than clients having a change a heart after the fact. I have competition to deal with. And as you might expect, this line of work attracts its fair share of psychos and crazies.

Plus, there is always the worry that law enforcement is out there trolling.

I happen to be sitting here right now with a pile of contract offers on my desk. But I am not greedy. I have made good money, lived frugally, and invested well. I am fifty-two years old and have more cash than I could ever spend.

I have been thinking about it and have decided to retire. I am quitting the business and leaving the country.

In fact, tomorrow is my last day.

But before I go, there is one last contract that I would like to finish. It came in a few weeks ago. It was something that really got me worked up.

The initial inquiry consisted of a photograph that came in a large manila envelope along with a simple request. The request reads as follows: “Please, I need your help. This man killed my baby. I don’t care how you do it, but I want him dead.”

Killed her baby? Her fucking baby! Can you imagine?

The photo is of a middle-aged couple standing on a beach. They are wearing these silly tee shirts. Hers says, “I’m with stupid” and has a large finger pointing to the right. The dumb fuck is standing right next to her wearing a silly grin and a tee shirt that says, “I’m stupid.”

I’ll finish packing tonight, and then handle this thing in the morning.

I want to take one last look at this contract and photo, and then burn them.

Evidence. I’m sure you understand.

The photo is printed on glossy photographic paper and the details are easy to make out – the sand, the sunlight on their faces, the ocean just slightly out of focus in the background.

I remember that day on the beach like it was yesterday.      Look at my lovely wife.

That little Pekingese she named Baby.

If you’ve enjoyed The Retirement Contract, you can visit our free digital archive of flash fiction here. Additionally, premium short fiction published by Mystery Tribune on a quarterly basis is available digitally here.