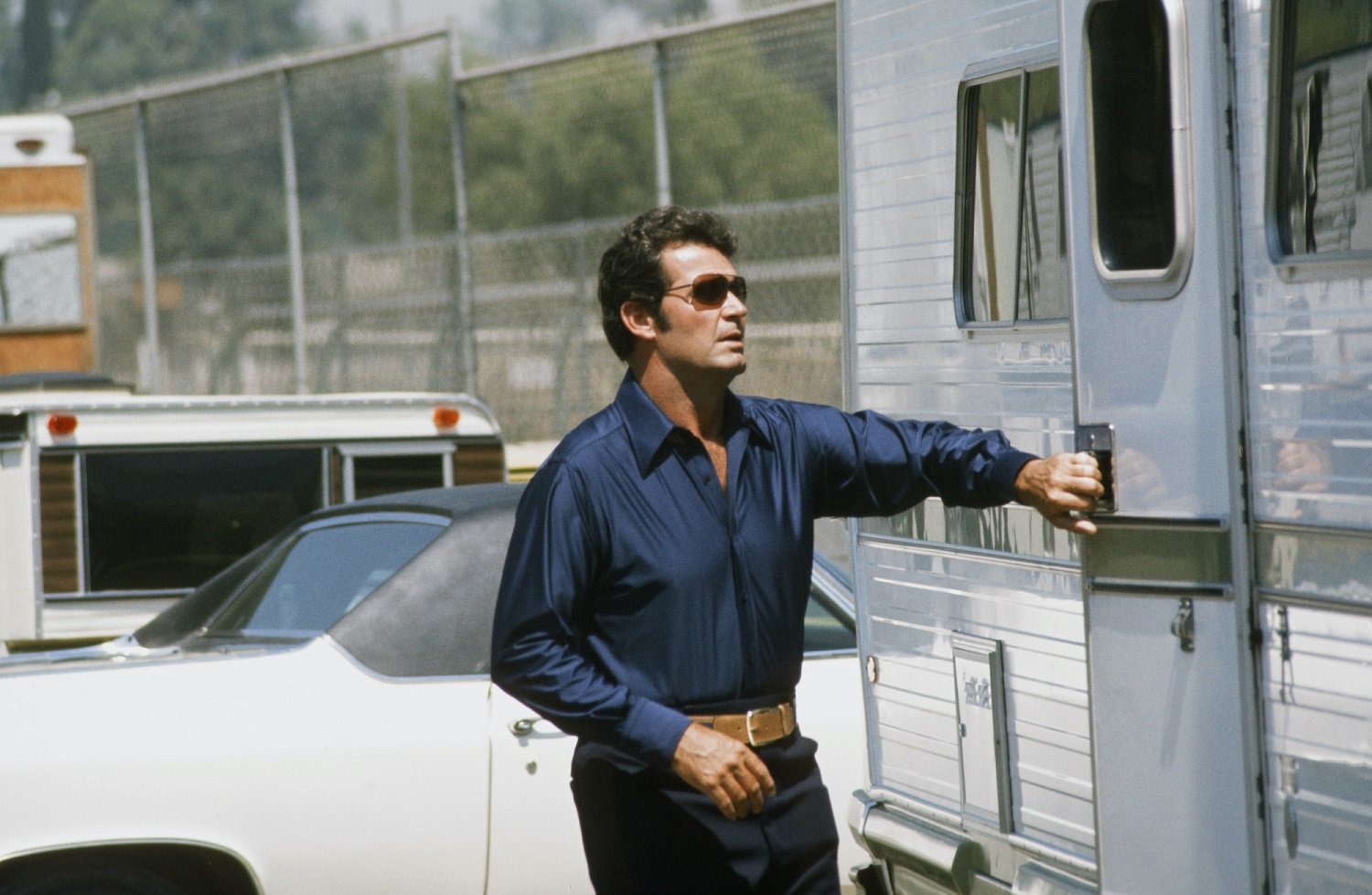 The Rockford Files: Complete Guide To The TV Show, Movies And Books

American detective TV show “The Rockford Files” is one of the most beloved classic series. Although the series aired on the NBC network between 1974 and 1980, it has still remained in syndication. In 2002, The Rockford Files was ranked No. 39 on TV Guide’s 50 Greatest TV Shows of All Time.

Rockford’s investigative style is to use his wits and a good measure of deception to get useful information from those he interviews.

Jim Rockford is an ex-con: he was falsely convicted of a crime he didn’t commit, but that doesn’t stop him from using his ex-con buddies to help him solve crimes. Nothing comes easy for Rockford, but he works hard and usually gets shot at or beat up at least once per episode.

Rockford’s investigative style is to use his wits and a good measure of deception to get useful information from those he interviews. In one episode he is derisively described by a rival private investigator as “the con bull artist”.

In addition to posing as insurance investigators and government officials, he sometimes invents preposterous characters and scenarios to confuse people, which usually gets them to reveal some valuable information. He has a portable printing press, which he keeps in his car and uses to prepare business cards that lend credibility to his guises. He is adept at using a lockpick, illegal to possess.

In this guide, we will provide you with an overview of the show, the main character and the spinoff movies based on the series.

How was the series created?

In the 1970s, producer Roy Huggins had an idea to remake Maverick, but this time as a modern-day private detective. Producers Roy Huggins and Stephen J. Cannell devised the Rockford character as a rather significant departure from typical television detectives of the time, essentially Bret Maverick as a modern detective.

Starting with the 1974 season, Garner appeared as private investigator Jim Rockford in The Rockford Files. He appeared for six seasons, for which he received an Emmy Award for Best Actor in 1977.

In the series storyline, Jim Rockford had served time in California’s San Quentin Prison in the 1960s due to a wrongful conviction. After five years, he was pardoned (not paroled, a distinction frequently mentioned in plot points). His infrequent jobs as a private investigator barely allow him to maintain his dilapidated mobile home (which doubles as his office) in a parking lot on a beach in Malibu, California.

In contrast to most television private eyes, Rockford wears low-budget “off-the-rack” casual clothing and does his best to avoid physical altercations (although he is more than able to hold his own in a fistfight).

The show’s theme song titled “The Rockford Files” was written by noted theme music composers Mike Post and Pete Carpenter. It appears at the opening and ending of each episode with different arrangements.

Why was Rockford Files canceled?

The show went into hiatus late in 1979 when Garner was told by his doctors to take time off because of numerous knee injuries and back trouble, as well as an ulcer.

He sustained the former conditions largely because of his insistence on performing most of his own stunts, especially those involving fist fights or car chases. Because of his physical pain, Garner eventually opted not to continue with the show some months later, and NBC cancelled the program in mid-season.

It was alleged that Rockford had become very expensive to produce, mainly due to the location filming and use of high-end actors as guest stars.

What is the best episode of the original series?

According to critics, The Real Easy Red Dog, is one of the best episodes in the original series. In this episode (7th one in the Season 2), Christine Dusseau, a female private eye, first blindsides Rockford, then joins him in tracking down the murderer in a case the police have dismissed as a suicide.

Where can I stream The Rockford Files?

Peacock episodes are free (there is 125 of them) but ad-supported.

After years of legal disputes between Garner and Universal, eight Rockford Files reunion TV movies were made from 1994 to 1999, airing on the CBS network.

The movies picked up nearly 15 years later from where the show ended. In the initial movies, Rocky is referenced as alive, but is off-screen; he dies (within the series continuity) sometime before the third movie.

Garner, Santos, and Margolin appear in every movie. Other Rockford regulars who appear in multiple movies include Luisi, Atkins, Corbett, and Jack Garner (as Capt. McEnroe).

Recurring players from the series who are brought back for a single return appearance include Rita Moreno (as Rita Kapkovic); Kathryn Harrold (as Megan Daugherty); and Pat Finley (as Peggy Becker).

All TV movies as well as the first original 6 seasons of The Rockford Files have been released as DVD.

Military background of the character

During the series, it is also revealed that Rockford was wounded in action and awarded a Silver Star while serving in the Korean War with the 24th Infantry Division.

After being busted to Private he was promoted to Sergeant after conning the North Koreans to exchange a tank for 400 cases of K rations so his encircled unit could escape; however he was soon busted back to PFC when it was discovered he was running a string of pool halls in Busan and stealing a Major General’s car.

Does Jim Rockford ever get married?

At some time between the end of the series proper (1980) and the first of the Rockford Files television-movies, “The Rockford Files: I Still Love L.A.” (filmed in 1994, but set in 1992 and ’93), Jim married attorney Halley “Kit” Kittredge (Joanna Cassidy), who appeared in this TV movie.

In a conversation about their relationship, Kit alludes to the idea that the marriage ended because both Jim and Kit were very independent and stubborn people. In later TV movies, it is established that they were a couple by 1985 at the latest, and that Kit left the marriage in 1987. However, it is unknown when they were married, or for exactly how long. They had no children.

Crime writer Stuart M. Kaminsky has written two books with Jim Rockford as the main character, entitled The Green Bottle and The Devil on My Doorstep.

The Green Bottle is a classic Rockford case involves retrieving stolen property, locating a cat for an eccentric, wealthy old lady, thugs out to rearrange Rockford’s anatomy, and a hunt that turns deadly when a beautiful woman in search of Hollywood fame turns up missing.

The Devil on My Doorstep: The second title in this series returns readers to the 1970s classic television series in which James Garner starred as the likable detective, Jim Rockford. By the Edgar Award-winning author of the Inspector Rostnikov and Toby Peters mysteries. 15,000 first printing.